Griffin General Automotive - a global megacorporation formed mainly of British and American brands. It appeared in 1979 as a fusion of some (yet unnamed) American company which didn’t survive the fuel crisis and British Griffin Automotive, which itself was formed by merging British Motors Group and Griffin Automotive.

So, basically, British Leyland with a bit of GM included. Stupid decisions, bad designs, corporate logic, brands with no sense or identity, badge engineering, bankruptcies, strikes, poor quality and all that fun stuff

Brands being part of one of above mentioned companies, now or in the past:

I didn’t plan to make it now, but I want to clean my sandbox, and thus properly publish the cars I consider being worth it and delete all the rest.

I reckon that somehow, within all that dross, there will be a few hidden gems which are in fact much better than, well, virtually everything else in the Griffin range. Which means that someone, against all odds, managed to make a silk purse out of a sow’s ear… 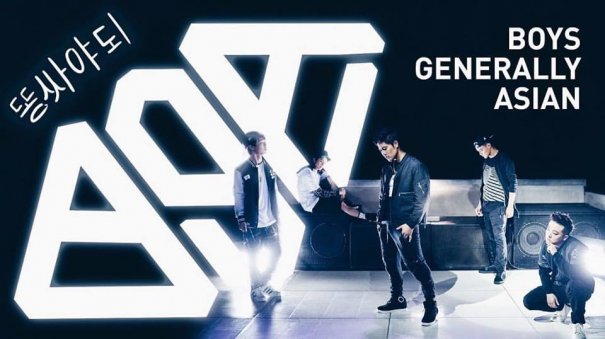 GGA’s standard E segment offering, mainly for European markets, though sold all over the world. A car for people who want a “budget limo”, yet still having the proper wheel drive and being European. As if that meant anything.

Available in sedan or estate body styles with a range of I4s and I6s from an anaemic 8-valve 2.0 to 300 hp, turbocharged DOHC 3.3, made to compete with higher trims of cars such as IMP Magnum, Erin Berlose or Zavir Espada. That failed, rather obviously, yet the more reasonable variants were quite successful - while being inexciting and sometimes slow, they were comfortable, economical and somewhat reliable. Oh, there was a 5.7 V8 variant too, with the engine sourced from GGA’s muscle cars, but it was so rare that it’s prices now reach about 5 times these of the 3.3 turbo, and the engine while not being much more powerful devours about three times more fuel, so don’t bother. Engines were paired with various gearboxes, as a pretty standard RWD platform allowed for easy part exchange with about half of the GGA’s lineup. What’s easier to remember is that you could order I6 models with AWD, which turned out to be quite popular option, especially in Scandinavia and Alps region. 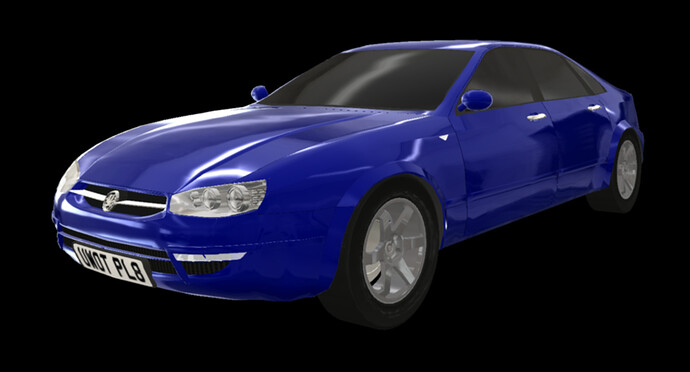 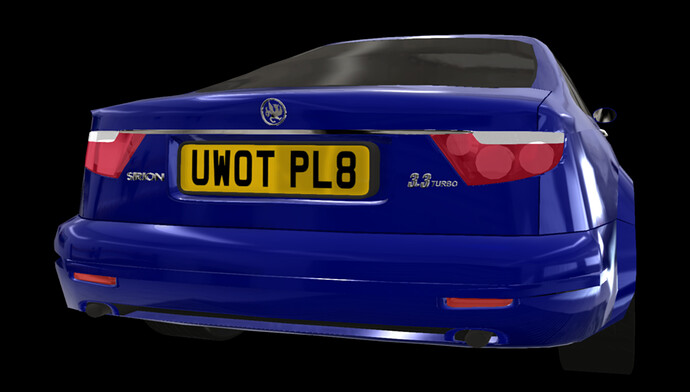 It cost 20 400 £ when new. Now you can get one for probably tenth of that price. At most. Which may be a good choice, if it had the valvetrain done not so long ago.

TELL ME EVERYTHING.
Direct, Prechamber or Swirl chamber injected?
What type of injection Pump?
IS IT TWO STROKE?

I don’t know which one this competes with, as I don’t know the paramters of the 2.3 and 2.7 TD of the era. And I can send you one if you wish

Quite a good-looking executive car but the V8 is pointless due to being far thirstier than the top I6 turbo and not much more powerful. So how come the biggest turbo I6 returns better economy than any of the NA sixes? That fact alone would also be enough to render the normally aspirated 2.8L and 3.3L I6 engines redundant.

The 2.3L D423P ranges from 98hp (Non-Turbo) to 170hp (Impakt R1 only) Most of them had 142hp/300Nm though. It too is a Direct injection engine, except it employs DOHC 16V technology (big deal for Diesels in 1993 when it was launched) and a unique fully mechanical twin injector setup. Basically there are camshaft driven (via a massive FRP timing belt) main injector units (Volkswagen PD, Detroit Diesel 2-Strokes) and secondary nozzles fed by a separate reservoir (kind of like a common rail system except low pressure). The main injectors allow for very high injection pressures and increased safety (if one injector fails there are at least three others to keep the engine running) while the secondary nozzle is only used for pre-injection to give smoother running characteristics since the injection timing and amount of injected fuel on Unit Injectors can’t be variated.

The V8 was meant to be pointless, just another GGA’s stupid decision. The 3.3T is that economical because it’s heavily optimised for numbers as a CSR engine and has a mediocre torque curve and max power at the redline (and is a turbo I6, hello, that automatically gives great economy). So no, 2.8 and even 3.3 aren’t redundant - if you want an engine that is just more pleasant to drive, choose the 3.3 (it’s a bit cheaper too). If you want a budget I6, then get a 2.8, it’s much cheaper than the 3.3 and 3.3T. The 16v is more of an internal competition for the 2.8, but again, it’s more expensive (unless your country heavily taxes anything above 2.0, but in such case you won’t have a 2.8 anyway) and isn’t an I6, which might be important. Lower prestige, you know - as if this car had any. But it also means perfect smoothness.

…is almost exactly what I wrote in the presentation.

@Awildgermanappears Then it seems to compete with the standard 2.3

I have a problem with more modern diesels, as usually my modern petrol engines are very economical, so to make a diesel-worthy difference in consumption I have to optimise them almost only for efficiency, which unfortunately doesn’t go along well with high torque. Because hey, 125 Nm/litre is not high, right? Especially for a diesel from the last decade.

It’s appropriate für the time though. The Torque Explosion of diesel engines only started once common rail direct injection became established. A 3.6L OM603 Turbo only made 150hp and 310Nm.

I know, it was more about diesels from the last 10-15 years

I tried replicating D24TIC - no problem at all, all numbers to the point and maybe even better economy. Tried the same with some M57 - power and torque matched, but at much higher revs, and the curves were weird, though still more or less realistic economy.

90s is best. For modern ones I just gave up and went for 40+% Thermal efficiency, torque figures I’l just exaggerate by the old FIA Turbo factory of 1.4 to get realistisch numbers for lore reasons.

Well, that would explain the impossibility (Automation wise of course) of your modern diesels

Well yes a petrol engine with a crude turbocharger is not physically capable of operating like a diesel, start Ing with the fuel mixture. Naturally aspirated diesels are even more difficult because you always end up wth far more torque than a real one. Which is why I opted for the two-stroke cheat since those have supercharger that Boot power.

Another car you’ve seen on the forum, another CSR entry. A budget supercar entered into a fight of reasonable sports cars.

eXperimental Mass Supercar One - as if Orion by itself wasn’t an experimental mass brand. 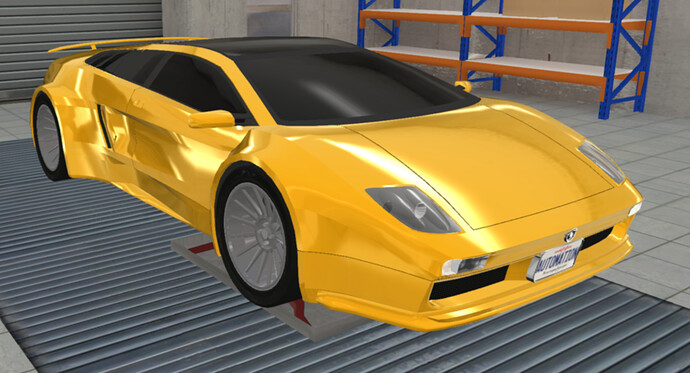 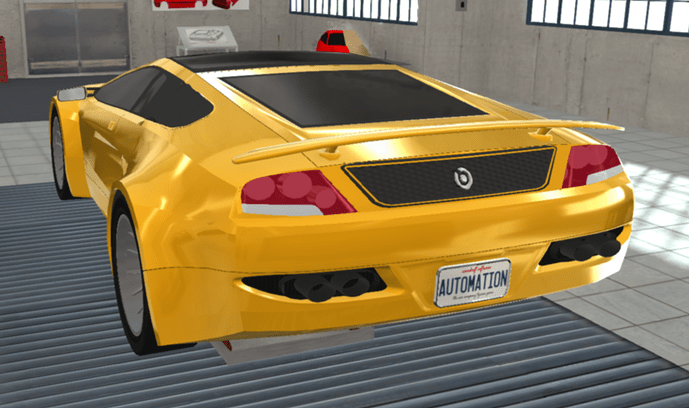 Now you might think that it’s some expensive track monster, but you’d be wrong. It has a comfortable interior, just like a regular premium car, complete with a CD player and a bunch of electronic assists. It also won’t ruin your wallet with 23 MPG economy and 25 000 $ price.

Now, seriously. That copy-pasted CSR ad is not what I wanted to show you here. It’s this: 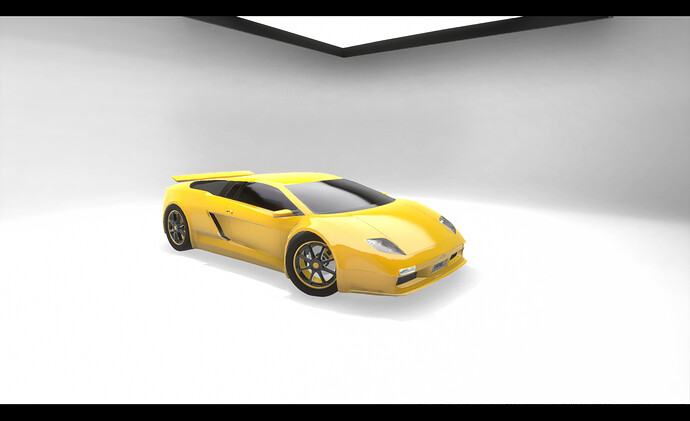 Orion XMS-1 rebuilt in UE4. The first GGA car in UE4. - obviously I forgot about the Griffa Rogue, which will appear here sometime rather soon I think.

Mid 90s. Orion being Orion looked for something unusual they could build. Of course, since they were controlled by a more “reasonable” entity, namely Griffin General Automotive corporation, they couldn’t just take whatever stupid idea came to their minds and then throw money at it until it became real. They had to make it profitable. So, what tech Orion has at their disposal? Big V8s, that’s for sure. They are and always were a weird American brand, but still an American brand. Turbocharged V8s at that. Also since the 80s they’ve succesfully tinkered with AWD. Turbo V8 + AWD = performance, and so Orion engineers thought. With their parent company production capabilities it could be pretty inexpensive and mass produced performance. What would be unusual being a mass produced performance vehicle? A van, for sure, but that route was already explored for Orion, therefore they went for the opposite option, a mass produced supercar. Of course, it wouldn’t have as much flair, refinement and that exclusive appeal as a true supercar has, but that was obvious.

In 1999 the final effect of their hard work seen the light of the day. Mostly steel construction, though with some aluminium panels to keep that monster lighter than a loaded truck. AWD system, pushrod suspension and the full bunch of electronic nannies to make it somewhat manageable for that average Joe lured with the ludicrous performance and low price. And to top it all off, the engine. The heart of the monster. A 7.8 litre (476 CI) twin turbo V8 producing immense 1001 Nm (736 lb ft) of torque and 666 horsepower, appropriately nicknamed “Turbo Devil”, officially known under an unusual designation BFV8. The effect was, well… 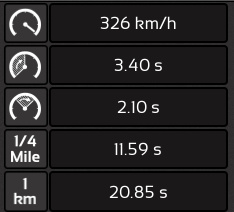 And all that with a “premium” interior (ugh, only true 'Murican performance freaks could name it premium), 11.8 l/100km (20 US MPG) economy and a price of $37 800 for the base Sport variant. There were also the Limited, with an auto, a better audio system and semi-active suspension (hint: it broke down. A lot.) and the Supersport with a geared LSD (instead of that nonsense viscous one), sports tyres, reworked aero with an active wing, lightweight, sports interior and again that fancy semi-active suspension, this time retuned a bit. 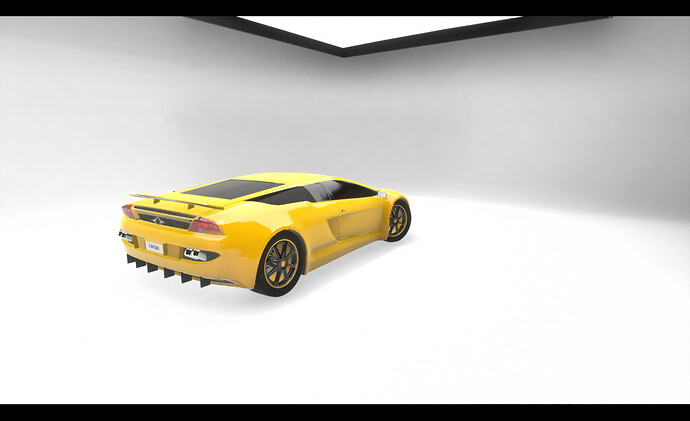 The car sold great for a supercar and quite poorly for a muscle car (which it in fact was), which finally made GGA management end its life in 2003 with over 21 000 examples sold.

But fear not if you want to drive this somewhat rare piece of nonsense - you can. All you need is to download the car here and then export it to BeamNG. Have fun

Fun fact - it has only one blue warning.

It’s back! Deffo one I need to give a test drive to, sounds like it’s going to be a blast