For background information on this series, see Here.

His Highness Demands, Round 9

The year is 2004. The Semyonivian political system is in shambles. Gevketovt II is now 85 years old and is not capable enough to prevent rampant corruption from those in power beneath them. Despite great disdain for the political system in power, though, the Semyonivian people are still quite patriotic, and want to make a name for themselves on a global scale.

A Semyonivian racing team has begun a grassroots campaign to create a team to compete at the 24 Hours of Le Mans. Catching wind of this, under the king’s nose, the Tourism Commissioner decides to illegally siphon national funds to support the racing team. 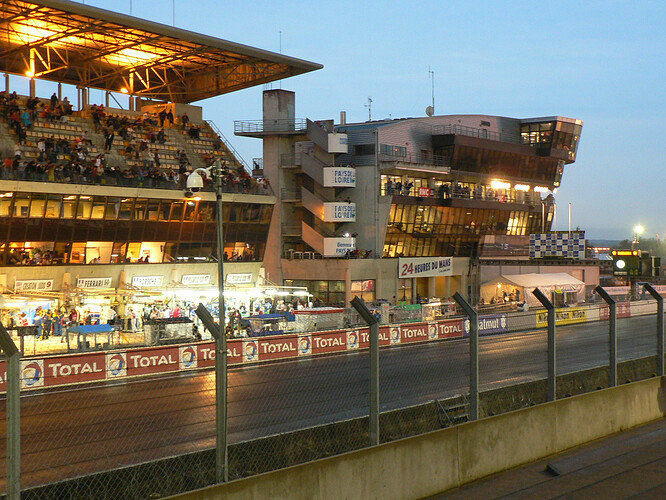 You are now in charge of that firm. Your team plans to compete in the FIA GTS division, and are aiming for a class win, not an overall win. They will not be building the car from scratch, so you can send a car from any company, country, etc. from your existing lore if you choose to do so, but what is important is that the TEAM is Semyonovian. Make sure that the team name and livery represent Semyonovia. 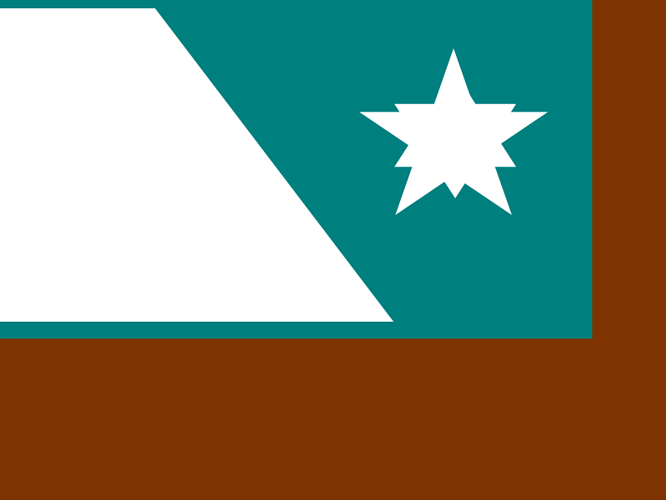 So, with that in mind, here are the rules for the car.

Minimum weight: 1170kg
Maximum HP: 625 HP
No quality use on tires or aero.
Allowable quality ranges for all other sections: -3-+15
Tires should be radial semi slick.
Undertray should be fully clad, and should not use active aero or cooling flaps.
Engine should not exceed 7999cc displacement.
Direct Injection and Turbochargers are not allowed.
Vehicles should use double wishbone suspension front and rear, and must be front engined, RWD.
Safety: Basic 90s
Lister Storm body is not allowed.

How it will be judged:
Judging will be a little unorthodox. Although these are race cars, speed will not be the highest priority. While speed is important, as a 24 hour endurance race, the car must be reliable and must not break the bank on spare parts. It also shouldn’t drink fuel at too great of a rate, or else we’ll be stopping for fuel too often.

So, to keep things manageable for this inexperienced race team, try to build a car and engine that will be GTS competitive per the minimum weight and maximum HP figures set above, but are low PU, low ET, and low cost. Reliability should be high as well. If your car is better in these four categories than a faster car, it will be looked on fondly, but it also shouldn’t be too much slower.

The speed figures I will be using to judge the vehicle on will be the highest speed they are able to achieve on the back straight of the ATT, their time on the ATT, and their top speed.

While I don’t want to put too much emphasis on design, please look at the example vehicles and try to emulate the competition, while also promoting the nation of Semyonovia. That’s the whole reason the Tourism Commissioner is stealing money from the government, after all.

What kind of fuel will the cars use? Is it ordinary pump gas (91, 95 or 98 RON unleaded) or a special racing blend (to which the closest thing might be 100 RON ultimate unleaded)?

Will there be a cost restriction or chassis material limits on the base car?

There’s a few modded boddies that would work. That’s part of the challenge anyway. 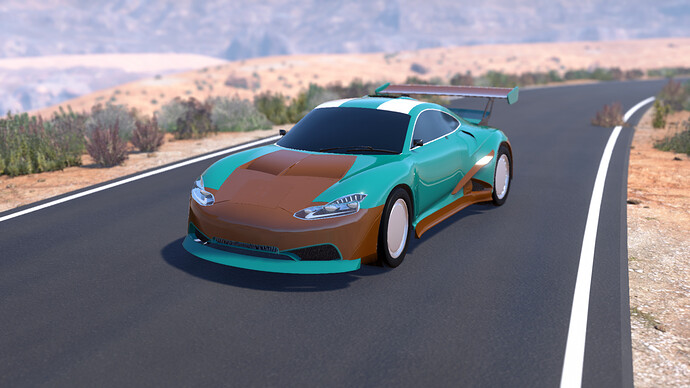 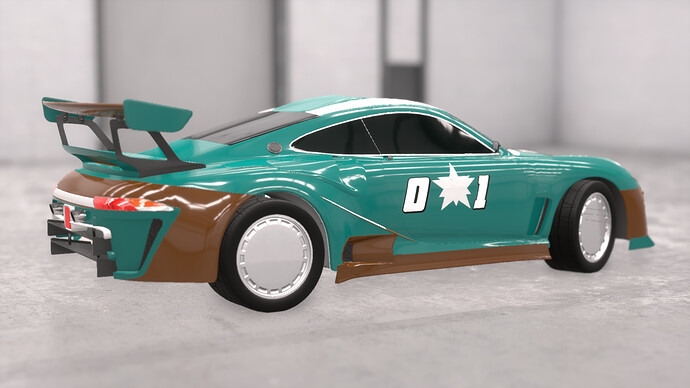 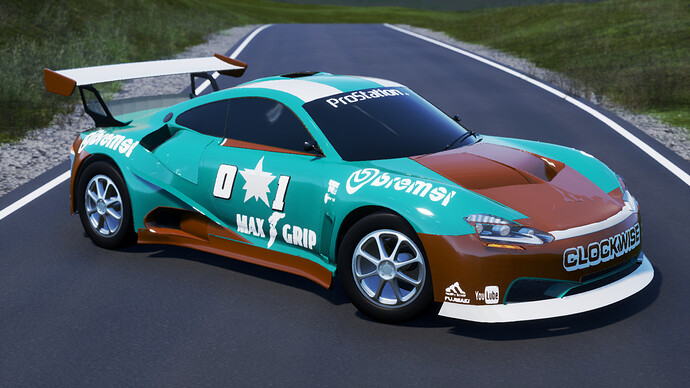 Representing the peninsula city where it was built and tested, the KGB Seydotzt α seeks motorsports glory at Le Mans. 36 years on from the KGB Tekntoz rally monster, the Seydotzt revives the same mad spirit with long-developed refinement.

The Seydotzt displays racing pedigree on the circuit, yet compliant cruising in GT road-going guise. 6.1L of endless turbocharged torque tamed through our tried-and-true all-wheel-drive system; mastery of the asphalt is within reach. 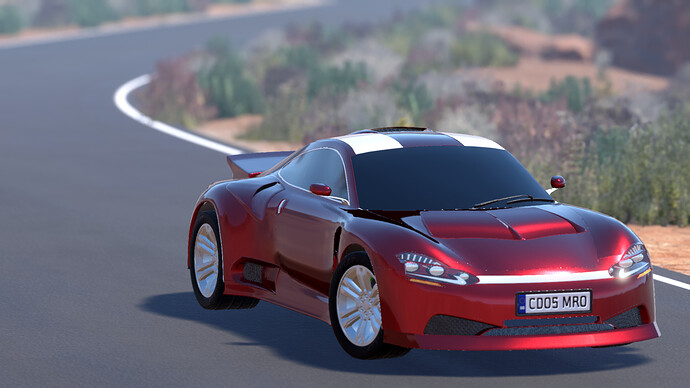 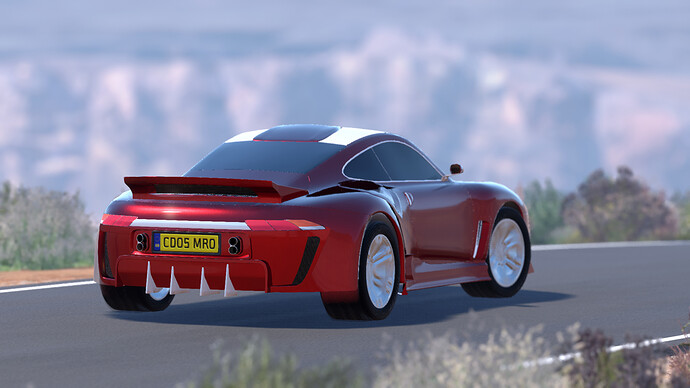 @nightwave no limits, but keep in mind, the cost, PU, and ET of your vehicle are high priority judging criteria, the lower the better.

@CriticalSet9849 the ruleset laid down for the HHD series set in place by Crash stipulate each round goes 6 years, and the 6 years I have access to for this challenge are 1998-2004.

Also, is double wishbone required or preferred? Can we use other types?

All of the example vehicles used double wishbone front and rear. I am asking for that here as well.

Does the car require any safety equipment, or is it considered a safe “None” pick?

Please use basic 90s; I will update the OP accordingly.

I am also instituting a quality slider minimum of -3. Do not set any quality sliders below -3. I will not put a restriction on positive quality, but keep in mind the effect quality can have on your final scoring with the set criteria.

I just about finished my contender, but don’t have enough posts to send messages to send the .car file. 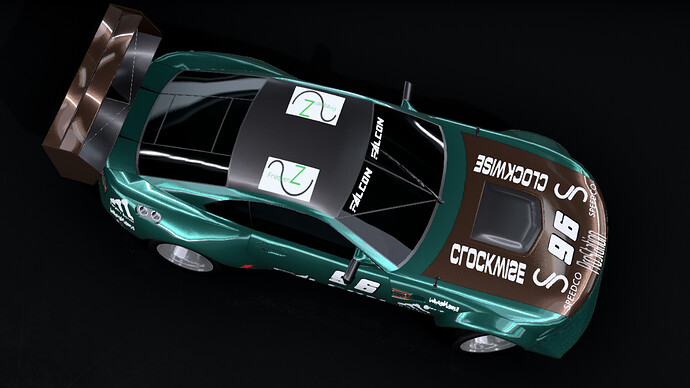 Percival is a small British engineering and sports car manufacturer that started in the mid 80’s, however in recent years the company has come under financial difficulties and is facing the possibility of bankruptcy. So in a last ditch effort to save the company and there up coming GT car the Marquis GT. Percival Engineering have built a race version for the country of Semyonivia and the Tourism Commissioner. In hopes that they will be chosen as the race team for the 24 Hours of Le Mans and can get a class victory, in order to get exposure for there new car and hopefully sales.

So the Marquis GT-8R was developed, it features a race version of the old 6.2L Ebel series V8 hooked up to a 6 speed sequential transmission. Along with a stripped out interior and huge aerodynamic components added as well. 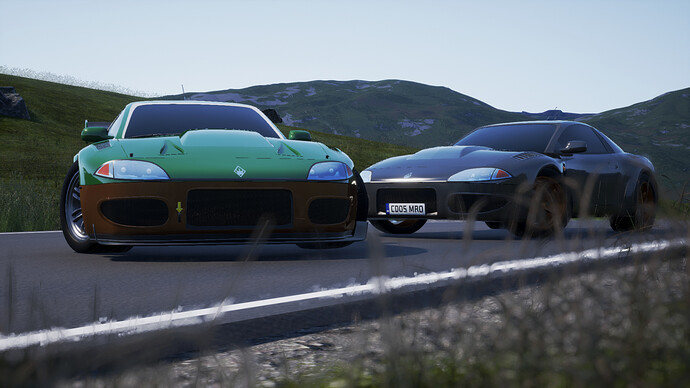 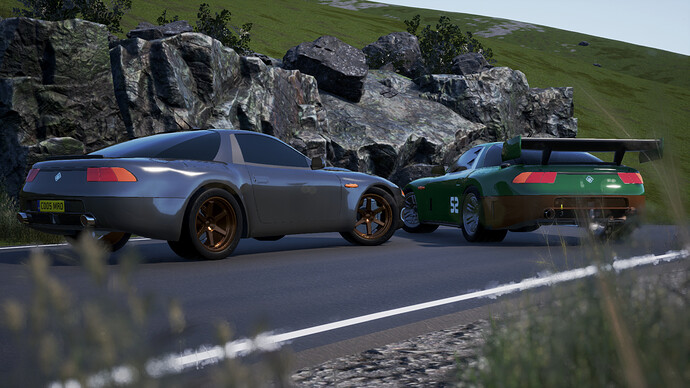 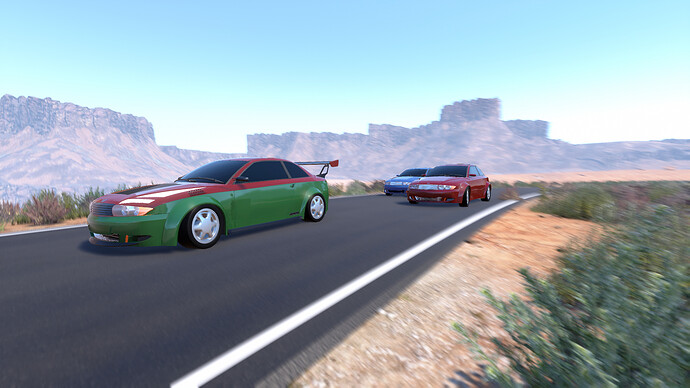 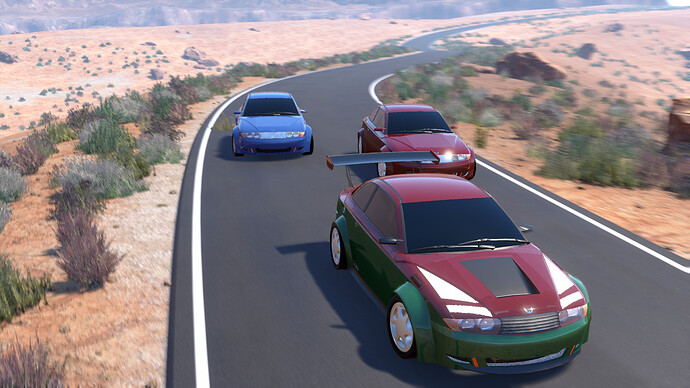 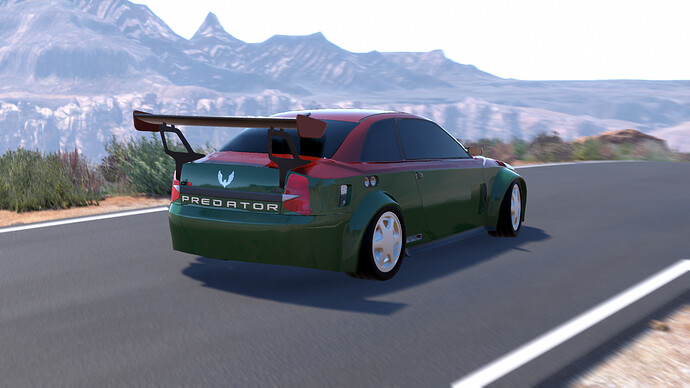 Upon hearing Semyonivia was interested in fielding a GTS class racer at Le Mans, the Ibis Vehicle Company began work on preparing a race–ready version of its Predator muscle car, surprising some journalists as there is already a replacement rumored to be in the works for the aging car. The GTR trim car uses a modified version of the Hollywood series V8, enlarged to 402 cubic inches—the absolue cap on the displacement.

So I get rather involved for these kinds of competitions, to the point where I modeled some more parts specifically for this competition… They’ll be out in a few days, but here’s at least the finished design of my GTS car.
The Halcón Honor: 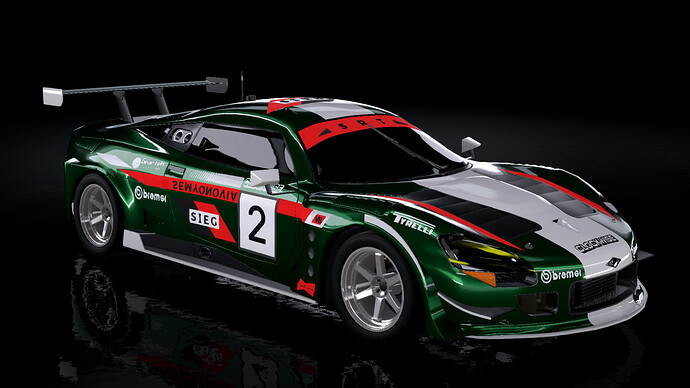 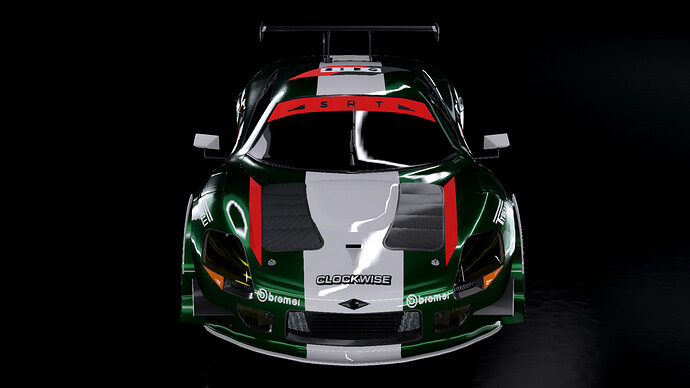 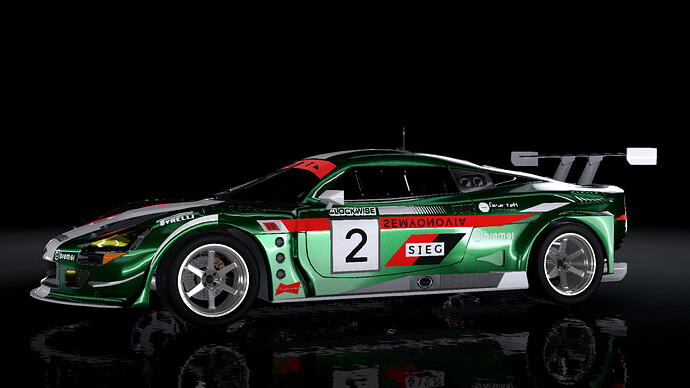 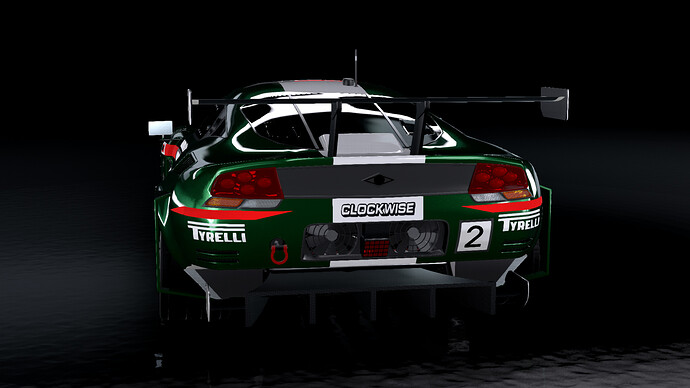 Photo1931920×1080 332 KB
Front engined, and at least lorewise it has a transaxle similar to the Corvettes, so that’s why it needs extra rear cooling. I will be trying to make a V8 work, struggling a bit with wheelspin at the moment, a second off the pace of some of the other competitors. I’m a half-decent designer, but I still don’t understand some of the engineering “quirks” of Automation.
17 Likes
abg7 7 February 2020 16:41 #19

This is one of the best uses of the Exige mod body I’ve seen, if I’m not mistaken. Is it the smaller, short-wheelbase one, or the larger, long-wheelbase one? Anyway, it looks more like something from Burnout 3: Takedown than anything else on this thread… Except most cars in that game are limited to three color schemes maximum, and none of them are the kind of green you chose for your entry.

Longer wheelbase one, actually matches the BMW M8 GTE in wheelbase. Only slightly longer than the Saleen S7. In modern racing, a lot of teams are going to longer wheelbase purely because longer wheelbase means more undertray, which means a slipperier car, and more room for aerodynamic elements. Also, bigger fuel tank and other components.