This announcement may not come as a complete surprise, but Holden has confirmed that it will discontinue its most iconic and long-lasting nameplate, the Commodore, after 40 consecutive years of production (1978-2017) followed by two further years of sales as an Australianized Opel/Vauxhall. To add insult to injury, the Astra will also be axed - and both models will no longer be available for sale by the end of 2020: 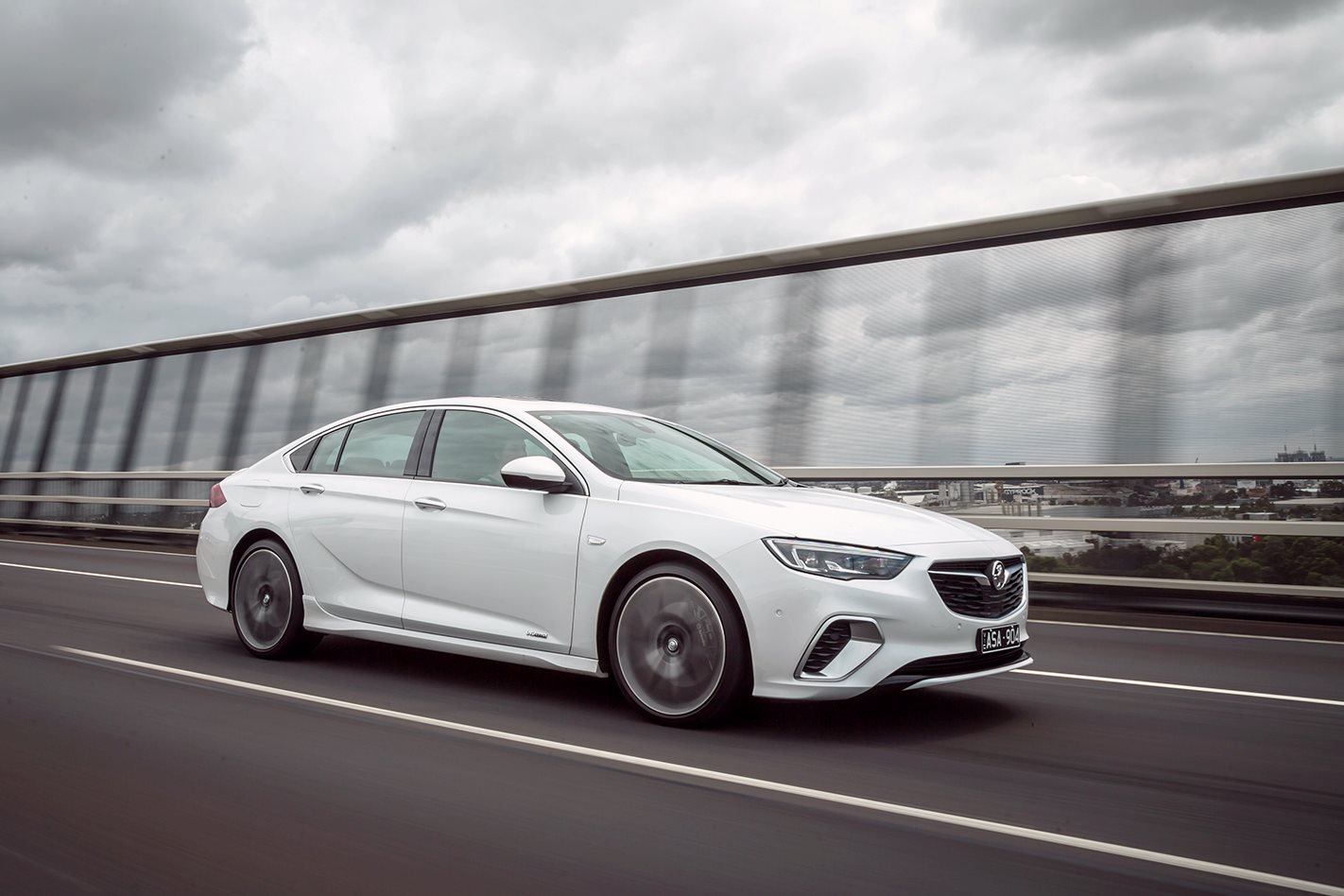 What this means is that except from the US-built Camaro and Corvette, every model in their lineup will be either an SUV or light truck, and it’s sad because even though the current Commodore and Astra are now rebadged Opels/Vauxhalls, they’re actually decent cars - what held them back was the fact that they bore the wrong badge and nameplate for Australian customers:

Australia isn't warming to the ZB Commodore. Would a different name have helped?

Put it another way, the demise of the Commodore and Astra due to rapidly declining sales (especially for the latest ZB) was an inevitable symptom of the recent SUV and light truck boom. But the long-term implications for Holden may be even worse - with the Commodore and Astra both gone, and the rest of its range now almost entirely US-sourced, the axing of the Holden brand as a whole may become an inevitability rather than a possibility. 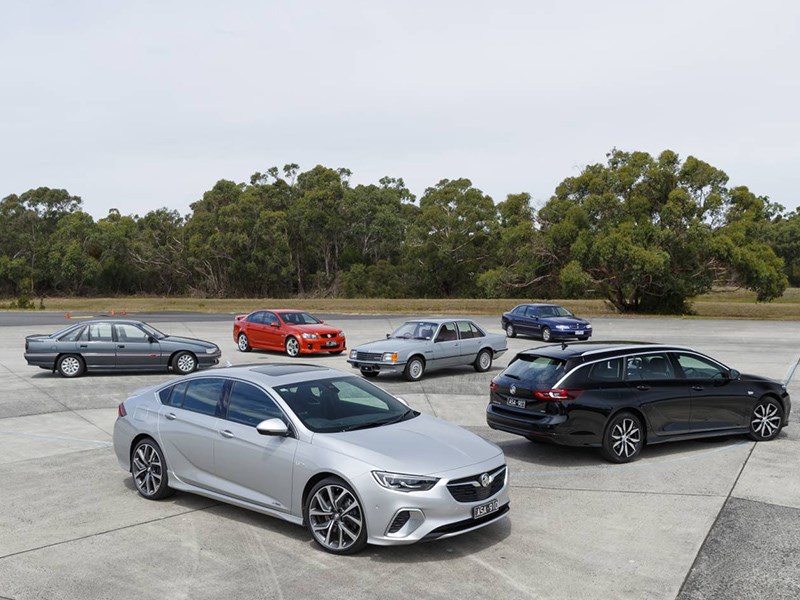 It might not be a surprise to many, but today’s news still hits hard

I’m utterly gutted that yet another export opportunity for PSA (owners of not just Peugeot and Citroën, but also Opel/Vauxhall, which supplies the ZB Commodore and the current Astra) has gone to waste after just a few years. What are your thoughts on this latest development?

Eh, could’ve seen it coming. Most brands keep shifting towards SUVs, crossovers, and trucks cause they’re just more profitable in general. But the fact that Commodores and Astra’s are just rebadged cars might’ve hampered the whole situation cause they’re now basic regular rebadges, and lack the same spirit older Holdens had.

Well damn, RIP. Ford already axed the Falcon earlier, the Commodore didnt have much time left in this world. Do kind of wish that GM ended it on the VF, instead of making the ZB

Sorry not sorry, but you have to have a bad case of Bommodore Boner to say that the Astra was a decent car. “Decent”, perhaps, compared to other discontinued shitboxes. They were always basic to start with, and they never improved as the competition heated up. I’ve driven a couple of iterations myself and couldn’t hand back the keys fast enough. I know precisely one person who drives an Astra VXR and the only reason he keeps it is because it was literally given to him, which was the first thing he told me out of sheer embarrassment when I quirked an eyebrow at his lifestyle choices

on the other hand, some Commodores were alright. But there’s a reason the Camry still exists where that and the Falcon died out

Love mine though, 3spd Auto and I’ve driven the thing the equivalent of around Australia 2 times, but it’s only good at 105km/h on the freeway and sucks everywhere else, even at 106.

Most brands keep shifting towards SUVs, crossovers, and trucks cause they’re just more profitable in general.

and in the near future they’ll be everywhere because that’s the only thing they sell. self fulfilling prophecy.

But the fact that Commodores and Astra’s are just rebadged cars might’ve hampered the whole situation cause they’re now basic regular rebadges, and lack the same spirit older Holdens had.

Couldn’t agree more with you on this one. In this day and age, a Vauxhall by any other name is still a Vauxhall, no matter what PSA does to adapt it for whichever market it’s sold in - including Australia and New Zealand.

Put simply, they had too little (none?) of the unique “Australia’s Own” feel that characterized all locally made Holdens, not just the Commodore. It effectively made the 70th anniversary of the debut of the brand’s first locally made car (the 48-215) utterly meaningless. 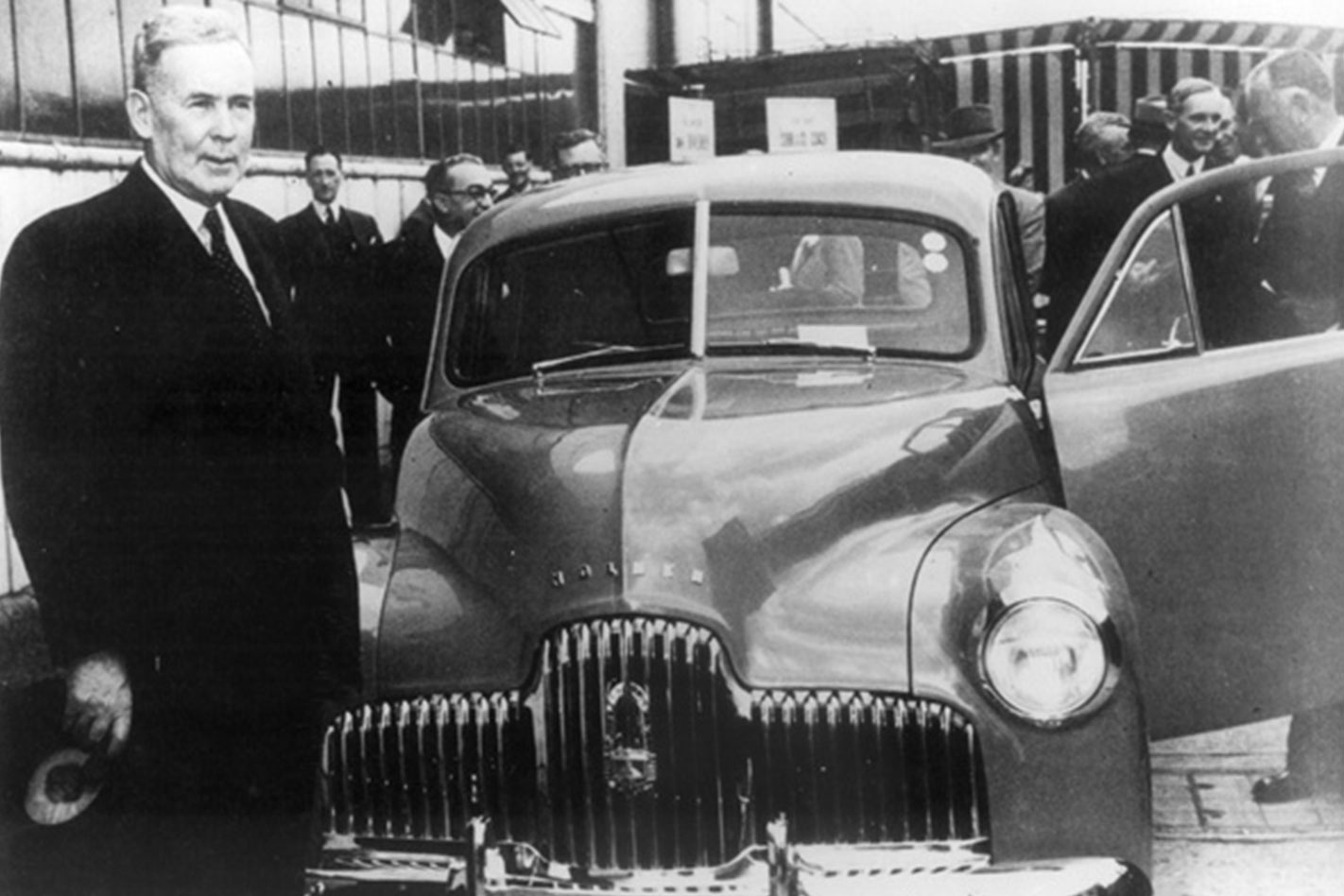 Today is Holden’s 70th birthday; it should be a day for celebration, but it is what it is, and what it is apparently isn’t much

Do kind of wish that GM ended it on the VF, instead of making the ZB

I also agree with this one - the VF was a much better recipient of the Holden brand than the ZB, by virtue of simply being more faithful to the traditional Commodore recipe of full-size dimensions, optional V8 and rear-drive layout, whereas the ZB lacked all three and should therefore have retained the Insignia nameplate used elsewhere. 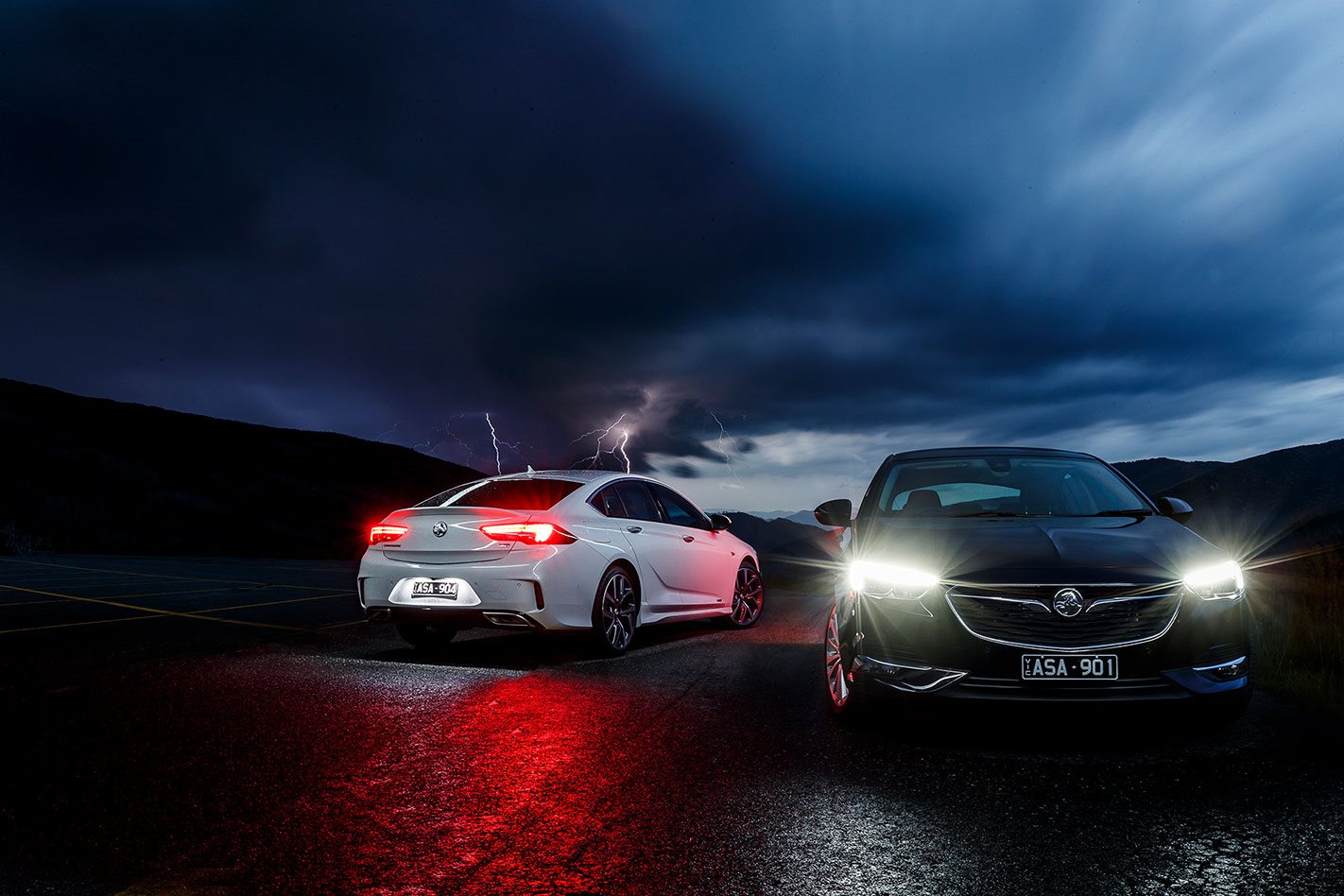 The ZB should never have been a Commodore

With the Commodore gone, the Holden brand itself has also effectively become meaningless - GM should do the sensible thing and consign it to the history books for good, while also allowing the rest of the Holden lineup to be sold under their original US-market names (GMC, Chevrolet, etc.) 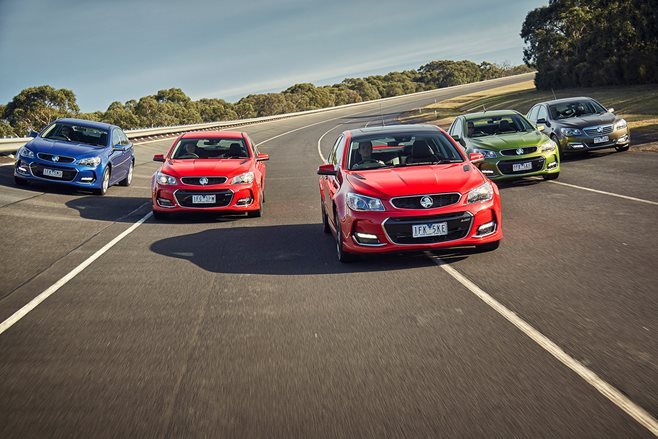 Axing the Holden brand would also lead to HSV being renamed (perhaps to Walkinshaw Performance) and Triple Eight’s Supercars team, the Red Bull Holden Racing Team, reverting to its previous name of Red Bull Racing Australia - with the result being that the heated rivalry between Ford and Holden that defined Australian touring car racing for six decades will well and truly end a year or two from now - but those would be the least of GM’s problems. 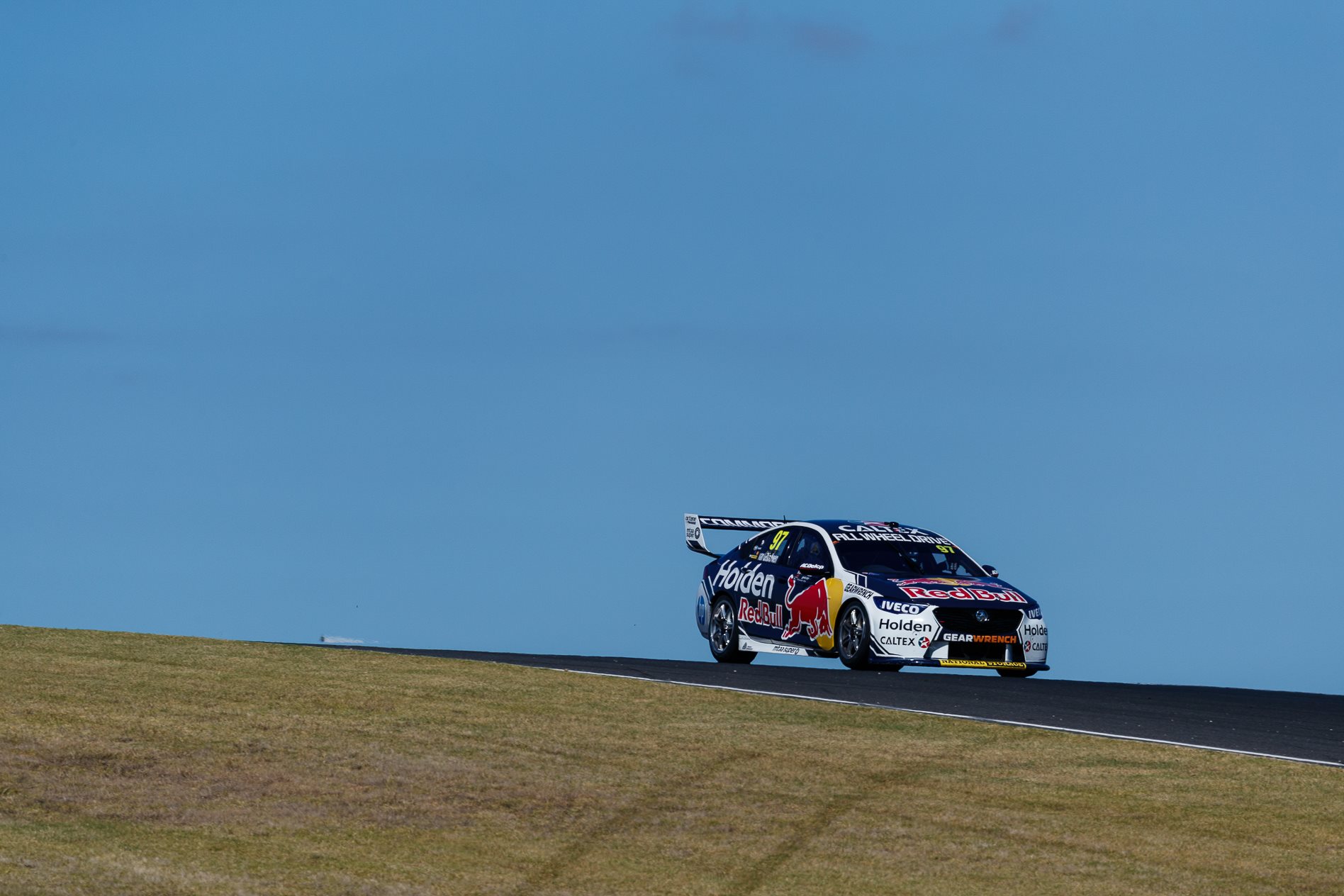 Supercars: the Holden v Ford war is over

When the Commodore bows out of Supercars at the end of 2021, it ends a parochial rivalry that crossed generations

Holden has clearly fallen out of favor with Australian customers, so it would make sense to axe the brand. But even if that doesn’t happen, there’s no guarantee that the US imports will sell in the volumes required for GM to justify having a foothold in the Australian market.

Given that GM have also abandoned Europe almost entirely (the Corvette C8 is now their only car still being sold there), convincing Australian customers to buy SUVs and trucks with their original American badges on them, cultural connotations and all, is going to be a tall order.

Here im the US. Buick (Commodore) is dropping the regal and other sedans. GM is going to SUVS as well

When would there be a second coming of the wagons as the norm for the families?

Anyways, on-topic; welcome to the time where nobody dares to buy a locally-made sedan/coupe-utility that was once considered the bread and rice of the Australian automotive industry, and where the parents of companies who build these cars never had a full-sized, V8-powered, let alone a RWD thing in their storages in America and Europe.

(maybe there’s Chrysler with the Charger and the 300, but at the end of the day, it wouldn’t remedy the losing sales problem. Besides, who wants an unreliable piece of junk anyways?)

It’s even worse than that - except for Brabham (whose BT62 is not only priced into the stratosphere, but also will remain as rare as hen’s teeth, what with only 70 ever being made), it’s literally impossible to buy a locally made car at all.

never had a full-sized, V8-powered, let alone a RWD thing

In Australia and New Zealand, you can still get the former two from premium German cars (Audi A6/A7, BMW 5-series and Mercedes-Benz E-class), but they are all auto-only, turbocharged and AWD as standard, with said V8s now exclusively available in the top-shelf high-performance trims (M5, E63, RS6/RS7). Most dishearteningly for those of us with more modest means, these variants cost a fortune just to purchase, let alone maintain and run over the course of a single year. Even worse, if you ignore the Lexus GS F (which is naturally aspirated and RWD, but auto-only), those three cars are your only options if you want a full-size (E-segment) V8 sedan of any kind, now that the Genesis G80 5.0 is strictly LHD-only (with no manual option either!) and Jaguar will most definitely never slot a V8 into its latest XF.

BMW still offers a M550i with 530hp V8, but it starts around $75k USD so it’s not much consolation. Still AWD auto-only.

I know that the Holden brand has fallen out of favour with the Australian public to such an extent that it is mortally wounded - and here’s how this dire situation came to be: 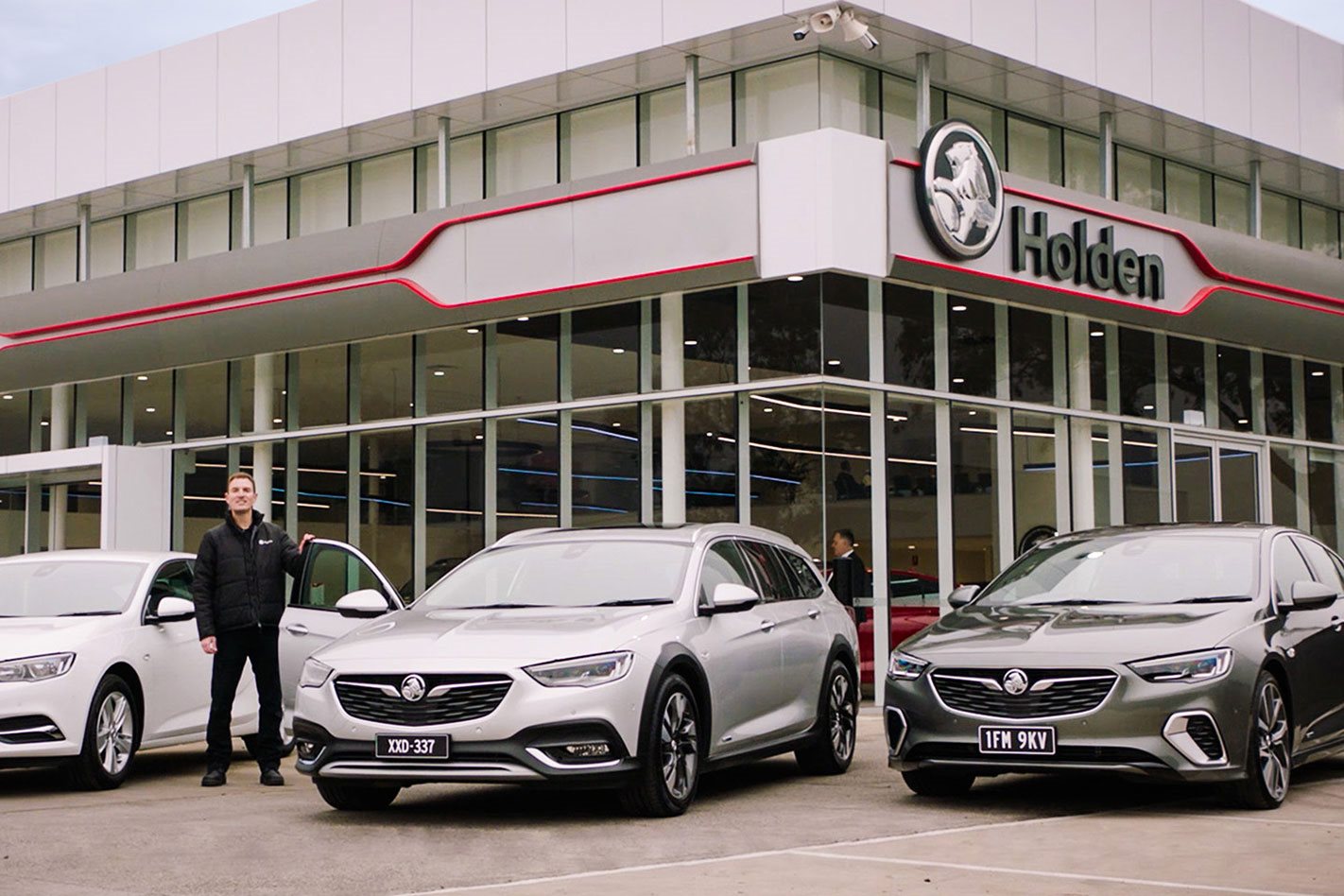 Why did Australia fall out of love with Holden?

In fact, consigning the marque to the history books completely (or selling it to PSA, as GM did with Opel and Vauxhall) might seem like a better idea given the current situation: 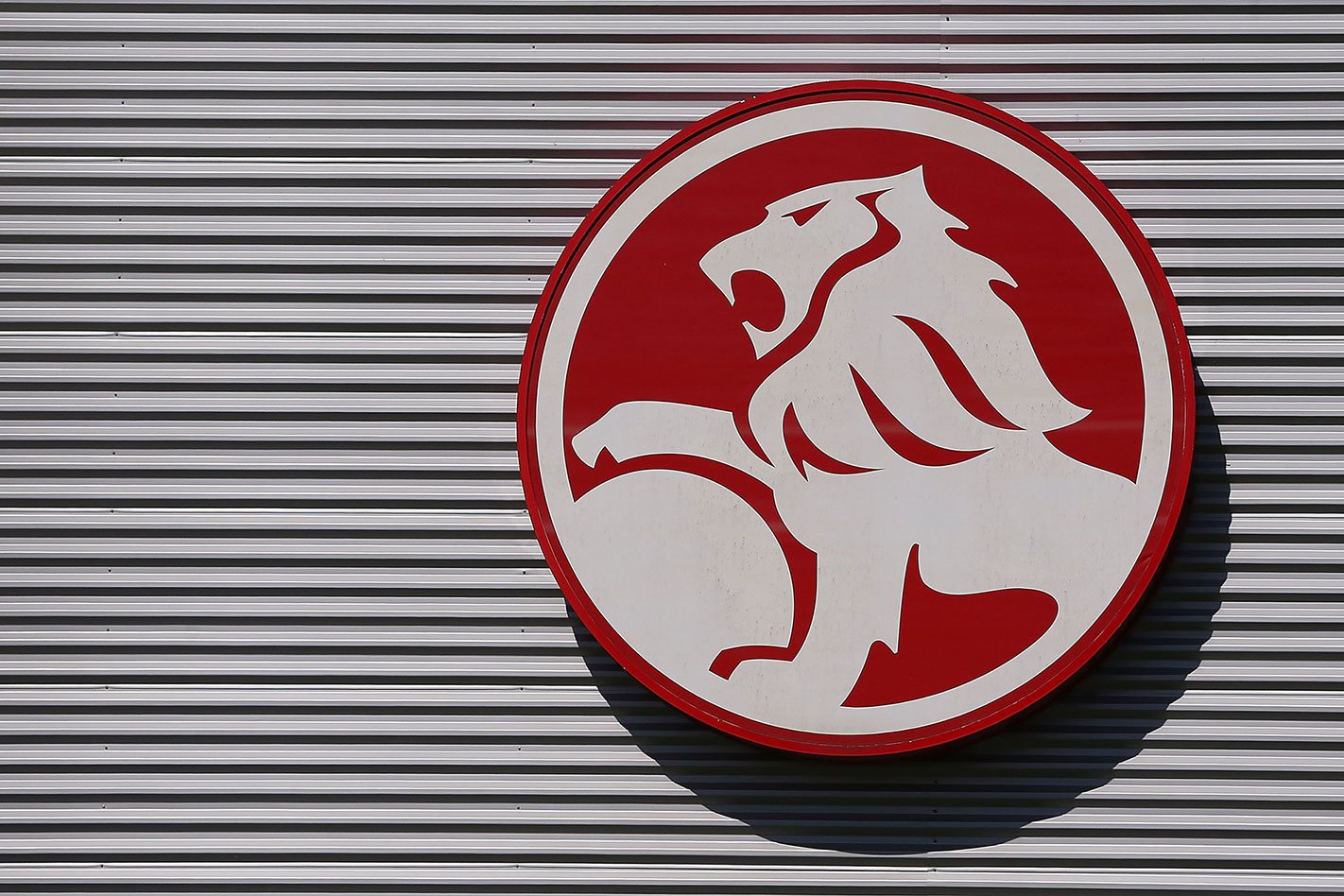 As sad as it is, the clearest way forward for Holden is to retire the name. Inwood suggests what could come next.

Then again, such a decision would allow GM to restart with a clean slate in what may well be its last major export opportunity with the Chevrolet range, and possibly Cadillac, if they’re brave enough.