Not quite “this week”, but it happes when you have other important things to do.

[logo will be here when I find someone to make it]

Hypera is a Norwegian tuning and sports car company established in 1976 near Bergen by a bunch of speed freaks: Ragnar Svendsen, Erik Tornqvist, Harald Falk, Björn Næss, Peter Vinter and Lars Hansen. First three of them were at the time working for another car company, Næss was their friend and a businessman, Vinter a race driver and Hansen was one of the few main engineers in another tuning company.
Hypera since the beginning relied on turbocharging to get a lot of power into relatively small cars they were often working on, and in later years to also balance power with efficiency, important in daily driving their builds. In their own cars they tend to use V8 engines, always being crossplane - now mainly in-house developed, derived from Erin and Adagio units used in the 80s. Since the mid 80s they started using AWD drivetrain, being the only one used from the 90s onwards. They always try to keep the right balance between extreme and daily usable in their constructions, be it a supercar or a GT. Lightness, precision, balance - these are always their goal.

Ever found yourself in the seat of some ostentatious and vulgar 700 horsepower supercar thinking it just isn’t fast, manly or raucous enough?

On paper, then, the Niddhogg has all of those boxes ticked: carbon chassis, space-age alloys, active springs and dampers, carbon ceramic brakes, active aerodynamics, all wheel drive, dual clutch gearbox, electronic limited slip differential, pushrod suspension, and power outputs that can comfortably see the better part of a thousand horsepower. Simply bringing your foot near the accelerator pedal, and the unbridled, rippling Nordic god will smite his mighty hammer upon you, pinning you to your seat with crushing acceleration, with taut poise and an unnervingly cool stability. Slung low and sporting thick, meaty tyres, the all-wheel-drive brute makes no drama of anything. Under power, it feels like it squats and hooks in unbelievably hard but in reality, the incredibly stiff suspension does not bow to anything - almost no body roll under any circumstances. It makes no mistakes. The driver is 100% in control and 100% liable for any mistakes made.

It makes no excuses for what it is. There are no creature comforts and little thought is devoted to that matter. This car is not so much a competitor to anything, indeed, Hypera completely disregards anything else that might be going on in the world, rather, the impetus is to define an entirely new frontier for performance, forging it’s own path in doing so. The last brainchild of the prodigious engineer, Ragnar Svendsen, is this monstrosity, a seeming reflection and culmination of the 29 years he has been in charge at Hypera, ends in this rather disquieting, twisted sort of farewell. For those of you who don’t know, Ragnar is the legend who is behind Hypera, the man who never accepted second place. The man for who compromise was never an option. He is the one man that ensured Hypera’s position amongst the other supercar marques - driven by a burning ambition to reach the impossible is what has shaped Hypera’s legacy in the automotive world.

So, put him together the best minds in the industry, place no limits on them and feed them decades and decades of time and millions in development, and this is what is born.

Niddhogg, the beastly, diabolical dragon who gnaws at the root of the Yggdrasil, the world tree.

Niddhogg, the horrific monster that preys upon the flesh of those guilty of egregious, scandalous acts.

The hypercar to rule all hypercars.

Don’t think this is all marketing fluff. Hypera doesn’t stand to gain much solely through hyping it up. The Niddhogg speaks for itself by the feats it accomplishes - the company trusts in the capability of the car to send ripples through the market and place itself accordingly.

Consider this: earlier this year when the car was due to hit production and junior test drivers were out fettling the car on real-world tracks, the Niddhogg went ahead to smash the record at Spa. And there’s a huge amount room for improvement. 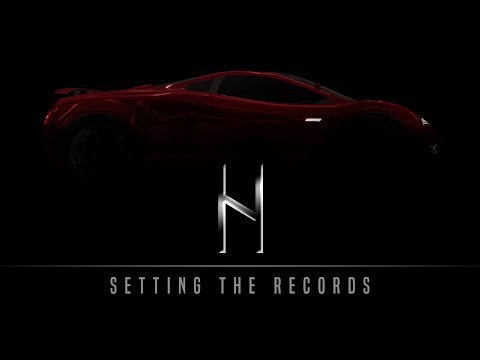 Naturally, this wasn’t the purpose of the testing day, but it just so happened some low quality footage was captured and, well, it happened. Unintentionally smashing the record at Spa set by the Koenigsegg Agera One:1 (which, by the way, is not a slouch) by almost 6 seconds is no mean feat.

By this point, it must strike you that the Niddhogg must be some kind of loss leader by the company to just get a blank cheque to do all the insane things they wanted, with 0 concern for marketability or real-world relevance. However, there have been no half-baked decisions resulting in a lopsided package.

The Niddhogg comes in 4 versions, all equipped with all-wheel drive for optimum drivability and performance. Starting with the “base” model, the S, which is already oozing with 744hp, is a lightweight car which is plenty fast with fancy upholstery and safety devices - a real interior! It radiates potential but restrains itself to remain a very streetable car. Above that is the next most civilised, the GT. It packs 1000hp but comes in heavier than it’s brethren at 1477kg. The GT is what it claims to be, a much more cruising oriented car with immense shove from the 1000hp but with a composed, cool character that is in no hurry, but isn’t slothlike. It is a bit heavier but track performance is not the point, it’s an unflappable high speed bullet of a car. Next is the R trim, which is just a bit portlier than the S but packing 1078hp and unrestrained aggression, it has none of the rounded edges of the previous two. No, this is no forgiving car anymore, rather a sized down performance beast. It hasn’t ended yet, unfortunately for the hypercar companies, for there is yet one more Niddhogg left: the Niddhogg R Lyn. None other than the 1 MW, fire breathing, 1 million euro, unhinged orange behemoth with everything cranked beyond 11, possessing true track and speed credentials. There is no holding back this car, it simply pounces on everything to devour corner after corner, and opponent after opponent, it coerces pushing harder and harder. As an homage to the 40 years that Hypera has been pushing boundaries, the R Lyn was the crowning glory to the empire of performance records they claimed.

(side note - the colours should be brighter, but something must have broken during cutting the images) 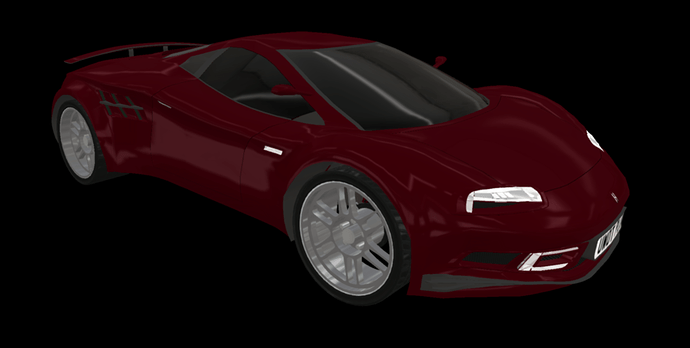 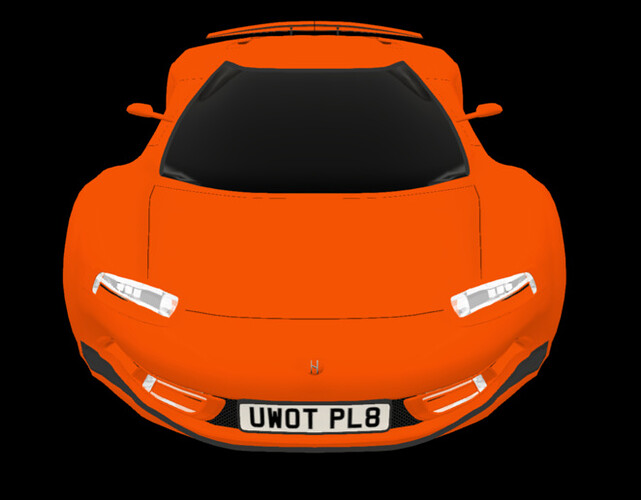 Yet even if that all was enough for the world, it wasn’t enough for Hypera. Thus 3 axamples of the R Lyn remained in the factory, destined for further development. The aim was just one - beat the records. It became a priority project for the company, putting all other research and design activites on hold. The result - a true monstrosity, pure track machine, the definition of the extreme - unveiled in autumn 2017 is the SuperLyn.

Despite the price tag, despite all the ultramodern electronic go-fast wizardry, the Niddhogg does not fail in being a proper, old school bruiser of a hypercar. It can still rear its head and unleash a mighty kick. Turn off all the nannies and run out of skill? You run out of life too. There is no room for error. This is as good a no-nonsense, hairy-chested, adrenalin-fueled, brazen leviathan as the untameable brutes of yore, and most certainly one of the best today. There is an experience of a lifetime for anyone wanting to tame a raging titan at any difficulty or price point they can handle. There is (almost) a Niddhogg for everyone.

Huge thanks for @ramthecowy for the photoshops, video and the text. Yes, I mainly made the car and provided some lore, and that’s it - I’m not as skilled in presenting my creations as some of you are (that’s why I publish them so rarely). While being at making car - thanks for @strop for some help with tuning the R Lyn and for @squidhead for some suggestions that overall made Niddhogg a better car. And for @Madrias for the V8 that powers the R Lyn and the SuperLyn.

I expected UE4, to be honest. But still, good to see Automationverse’s spirit of Koenigsegg back.

I had this car created for… quite a long time. The most important R and higher variants were complete when we cooperated, just recently I added S and GT. And I’m still not convinced to make my cars in UE4.

You’re welcome.
Although I will admit

That poked my pride, but I will be taking my loss

Little else in the Automationverse is as unhinged as a Hypera Nidhogg, especially an R Lyn or Superlyn. It’s a pity that creating something similar in UE4, if it is at all possible, remains quite difficult for now due to the lack of mid-engined bodies capable of accommodating such a big, powerful engine. Besides, the body mod used for the Nidhogg hasn’t been ported over to UE4 yet. Even so, the gauntlet has been well and truly thrown down to other hypercar manufacturers.

Same here, although the balance is very up in the air, GG never produced anything quite that fast, at least not after they purpose-built a time attack Nightfury with a giant turbo on it. It would be game on after this!

I’m a fan of the styling, it says ‘hypercar’ without screaming and shouting about it. Looks professional, and if those stats are to be believed, it goes very professionally too.