Length of the connecting rod

sounds like a case of feature-creep if i am honest

This is not creep, this is a parameter of the crank mechanism. This is length

s is not creep, this is a parameter o

How much past “bore and stroke” would that differ things? The block already changes size for both.

Sure, there is tons of parameters that will affect the characteristics of an engine, the length of the rods is one that should not be neglected, but in the end, this is just a game and not a desktop dyno program, and there has to be tradeoffs done somewhere. I would, for example, rather have separate sliders for duration, lift and lobe separation instead of a “cam” slider, before I had a slider for rod length. But I am quite happy with how it is now, too.

Yes, what you said is also worth adding, otherwise it is not clear what the specific numbers on the camshaft profile mean, there are two parameters for the rise and longitude of the valve opening, and also work a little with the phase shifter.

I think you sorta missed the point:

but in the end, this is just a game and not a desktop dyno program

Also we’ve just got much more variability in engine designs in the open alpha, with some options that are small changes, but powerful. On the other hand we’re gonna get two sliders combined into one, because they weren’t important enough alone. You’ve gotta ask yourself a question - would you really want to decide about the rod length in every single engine throughout the entire campaign? Or would you just develop one or two optimal settings and just stick to them, never really fiddling with that slider?

I’d highly, highly recommend watching this. Yes, there are elements of the Q&A which have changed - but connecting rod length (like some other elements) doesn’t really improve the game. It’s a slider for its own sake, not a slider that gives better gameplay.

This also directly addresses why there aren’t separate sliders for duration, lift and lobe - because they tried it, it wasn’t fun and it delivered a similar gameplay experience to just having one slider.

And what exactly are the two sliders? Diameter and storke?

Absolutely not! Those are too important. AFR and ignition timing will be merged into the tune slider.

There is not a huge point to affecting the exact rod length unless the camshafts gets a revamp to the same extent as the forced induction does. For the time being just controlling the stroke length and quality slider is adequate.

I actually just blueprinted an engine for a stroker build (made my 4.0L into a 4.6L). From that experience I can tell you for this to make sense you will also need the:
Deck height
Compression height
Stroke
Rod length
Head gasket bore, and compressed thickness

The computer will then take those values, and calculate (from the rod tab) piston velocity, squish, quench, and there will need to be a slider for piston dish/dome, and combustion chamber volume.

Finally those values will be compared to the camshaft calculated intake, and exhaust opening, and closing points (4 values) and the overlap.

I’m down for all this, but most of you have no idea what I just said.

I’m down for all this, but most of you have no idea what I just said.

Maybe we need a DLC with super specific measurments like this for ultra-engine nerds.

AFR and ignition timing will be merged into the tune slider.

But why? Those seem distinct enough.

Maybe we need a DLC with super specific measurments like this for ultra-engine nerds.

I made the same suggestion for transmission tuning. Mr. Killrob shot me down personally.

They are, but ask yourself, when did you need to set them in a way different than usual for the type of engine? For me that was… I can’t recall that happening ever. Ignition timing as it is right now serves mostly to use the remaining octanes, move the curve peaks a notch or two and fiddle with the most minor bumps on those curves. And all that can be done in most cases in one optimal range, within a few clicks. AFR is a bit more useful, but still, the upper half is basically “as much fuel as I can” with most of the engines fitting in the lower, and even then usually sticking to some typical levels. It’s the most “no-brainer” slider (in usage), and timing is the most “maybe this will help”.

most of you have no idea what I just said

I think I understood some words

I am very much against combining AFR and ignition timing in one slider, though, but that’s another discussion. 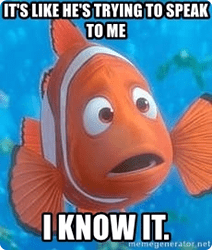 The Otto cycle uses a geometric compression ratio, not a dynamic one, recharging is mainly affected by the late closing of the intake valve (and the hydraulic resistance of its opening length, but still the design of the intake system prevails),the cleaning of the combustion chamber is affected by the overlap of the valves (the longitude of the valve opening also affects the exhaust resistance)

Well, same thing there, I would have liked to be able to choose the gear ratio on each individual gear, as well as on the final drive, but on the other hand, it’s probably more fun if the game is playable even if you’re not a geek…

I don’t see much point, first the maximum speed of the car is calculated, then the main gear is calculated, provided that the highest gear is direct (or less than one), then when the main pair is found out, the gear ratio of the first gear is calculated from the condition that the car will be able to start moving and the second is that the car will be able to drive without slipping at full throttle, intermediate gears are calculated according to the hyperbolic series, or according to the geometric one, which is so lacking in the game.