The year is 2021, and Ford has shown us the future of light-duty pickups with the 2022 Maverick:

So here’s my challenge: Can YOU design a better Maverick competitor? Let’s re-live the glory days of mini trucks and utes!

I’d love to see a road test in BeamNG.drive done on YouTube (preferably with a simulator). If you’d like to do that, please hit me up!

I understand that this is basically intended to be a “engineer as you please to vaguely fit the intentions” challenge, but I feel like there should be some kind of statistical limit on engineering time/production units/cost, just to even out the playing field a bit

also, should I send you a .car file to judge, or is this billed as more of a “showcase” style challenge?

if the former, you should really introduce some naming conventions and time limit

P.S. If I forgot anything, just use common sense. A base model mini truck probably isn’t going to have carbon fiber, pushrod suspension, and a diffuser.

Also: This isn’t a contest to see who can get the most bang for the buck in terms of features. Having a luxury interior and a high-end infotainment system isn’t going to win you any points. Just a solidly-built work truck.

reminder that for stuff like this, its better to edit the OP, so that more people can see it

This is my first challenge, I was actually kinda hoping I could get some help with that part? A road test would be pretty cool: Off-road capabilities, pulling trailers, etc.

You said direct competitor to the new Maverick…

So our entries should NOT be body on frame…right?

Someone please correct me if I am wrong.

Edit…I don’t think the Maverick has ANY intentions on being a work truck.

More or less a soft roader…the Ranger is the real truck.

The Maverick is basically a Ridgeline.

I get it!!!..please disregard everything except the “direct competitor” part

Count me in! Do Kei pickups count?

Just for some perspective, I have found that a few well-established rules don’t stifle creativity, they make it easier for the host to judge (and cut down on salt intake). It is said that anything NOT defined in the rules IS NOT a rule, and therefor can’t be punished. So having a hard price limit or ET/PU limits are a good start.

What I would do is build a couple test trucks first, to see where certain statistics end up. Make one with a turbo 4 cyl, one with a big overhead cam 6, mix it up a little. Then use those as a baseline for price and/or ET/PU limits (I usually round numbers up to give contestants more room to play with).

Be sure to clearly state things that a new truck would need ( I’m assuming certain safety standards, cat converters, whatever marker lights make it legal, etc). Also things that CAN’T be used (if you don’t want forged internals or race parts).

If this is meant to be a work truck then maybe the new Maverick isn’t what you’ll be looking for in terms of submissions. Would you be looking for an ACTUAL little work truck? Like a modern-day Dakota or even a Chevy LUV truck? I would be interested in either category… work or daily driver. Just be clear in what you’re looking for. Perhaps a minimum towing or off-road rating would help.

As far as Beam driving, I’m not sure how to record driving my own car. There are people here who drive submissions themselves as part of the challenge. Ultimately you could choose the winner however you wanted, whether it be fastest time through a course, or even just how it feels to you. Just be clear how the winner will be judged before the challenge starts.

I’m not an expert in running challenges (the first one I ran caused some heated discussions), I’m only suggesting some things that I have seen work well.

EDIT: Just for clarification, the first challenge I hosted was an early 70’s police car challenge. I thought I covered everything in the rules, but as the submissions came in and I started crunching the numbers, the winner turned out to be a mid-engined sedan (pretty unrealistic to try and throw perps in the back seat of that thing). BUT… I never said “no-mid engine layout”, so I couldn’t disqualify the car. People didn’t like it, and I understood why, but they played by the rules (or lack thereof).

Dope idea BTW, I’m all in and I hope this gets off the ground.

Me too! I hope I didn’t scare anyone off, it’s a really good idea.

One more thing - entrants must set the trim year to 2020, which is as late as the game allows. But should we do the same thing for our entries’ model year, or can it be up to a few (around 1 to 3) years prior?

I wouldn’t really count the new Ranger as a “real truck” either, if we’re being honest… I don’t know if you’ve seen the crew cab variant in person, but my rule of thumb has always been “Anything less than a six-foot bed isn’t a real truck.”

And no, body-on-frame isn’t a “requirement” for this challenge, but it’s highly recommended.

I’d say that Kei trucks count; but keep in mind, it’s a modern USDM challenge, and a 64hp Kei would certainly have a disadvantage against a 150-300hp mini truck. Maybe we could do a Kei category and a mini truck category?

Sure, it’s all a ballpark figure.

I was thinking of a modern-day version of the old-school Ranger, Chevy S10, LUV (even if we’re limited to gasoline four-strokes, which rules out the LUV’s diesel, Mazda’s rotary, the Maverick’s hybrid, and any sort of electric pickup), Colorado, Nissan Frontier, Hardbody, Toyota Hilux, Tacoma, Dodge Dakota, Jeep Comanche, Mazda B Series, Mitsubishi Triton, Isuzu Faster… Anything like that, but “modernized”.

This challenge is open to both mini trucks and utes, so it’s up to you to decide which platform would be better for your build. It’s also open to jeeps (not a proper noun in this case) in the style of the Jeep Gladiator; and even Kei trucks if you want a challenge. (Good luck towing anything with a 64hp 660cc I3, but it could be fun.)

IF YOU PLAN ON BUILDING A KEI TRUCK: I know Keis are limited to 660cc, and there’s the “gentlemen’s agreement” limiting them to 64hp; but since this is a challenge for USDM vehicles rather than JDM vehicles, you have my permission to make an “export model” with a bigger engine and more horsepower, as some Kei manufacturers have done in the past with export market Keis. Keep it within reason though. If you want to swap in something like a 1.6L 4A-GE, go for it! But a Buick 3800 V6 is probably taking it too far. Keep in mind, some export model Keis feature the standard 550-660cc I3 punched up to like 750+cc… If you are building a Kei, I’d also like to see a 660cc version built to JDM specs.

Please edit the original post so that more people can see this.

Hmm, i think 1.2L Turbo I4 with around 130hp could work. If yyou make Kei Export a seprate category, could i also enter a larger minitruck? 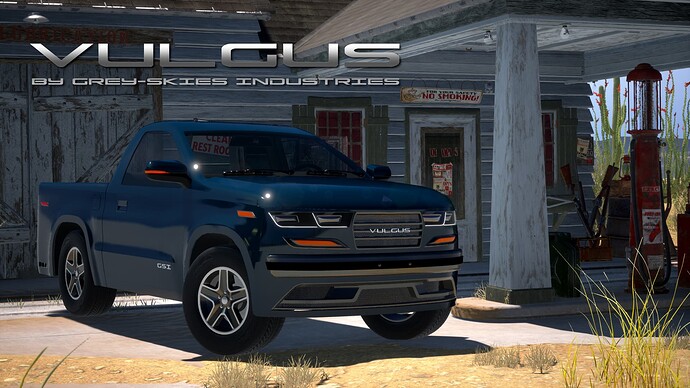 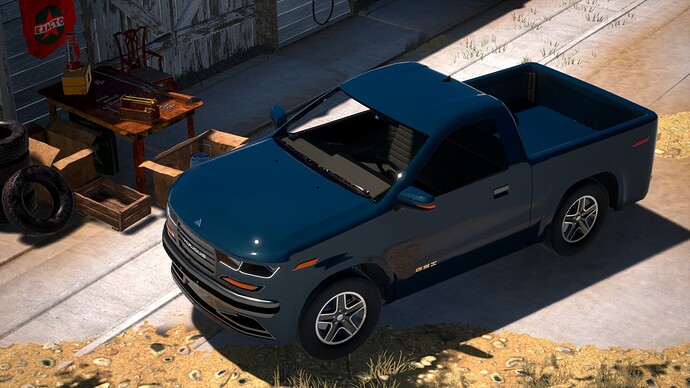