So I done found this:


I’d just like to say, the small overlap tests for the Mustang and Challenger are shocking.

(Spoiler alert)
The Mustang seems to crumple well up into the a pillar, and everything in the interior seems to fold. I’d say that the chances of you walking away from a crash like this in the real world are still relatively high… but the Challenger…

What the fuck were FCA thinking? Did they even put any thought into the crumple zones and layout of the footwell? If you didn’t watch the whole video, skip to 4:40 to see what I mean. There is absolutely no chance you’re surviving a crash like that. If the multiple broken bones, like the slightly broken pelvis the dummy seems to end up with, don’t kill you off or seriously disable you, a fire starting and you having your foot stuck will definitely finish you off.
Seriously expected better from FCA after all of the stick Chrysler has got for the past few decades about the safety of its cars.

That is scary. Genuinely. I do mean to kick off a whole “european cars are better” but considering that my little Seat Arosa (technically a VW Lupo) got a 4 Star NCAP rating and is a) half the size of the challenger, b) has a lot less bonnet length to absorb the impact c) was designed 16 years ago, the fact that the Lupo seems to fair better off in a similar crash test is seriously worrying.

That’s shocking especially as we know FCA can do better.
The new Alfa Giulia (Lovely car) has a 5* 98% rating on the new euro ncap tests, the highest ever score achieved by any car to date 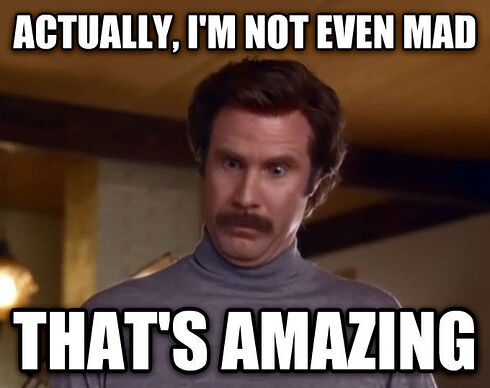 The challenger is a 2 ton car riding on a 10+ year old frame, it’s long in the tooth and badly in need of replacement. The other two are riding on much newer 3-4 year old frames and are substantially lighter.

And another reason why the Giulia is one of my favorite cars! And I am not even talking about the Quadrifoglio version.

True, but that doesn’t excuse the Mustang’s poor overlap test. Look how everything even in the interior broke into pieces, surely that’s gotta be a hazard.

A 16 year old 4-star rating would mean nothing today. Absolutely nothing. Rules have changed quite a lot, especially in europe. Now a lot of things are considered, like driving aids, ESP, and pedestrian protection.

I’d just like to say, the small overlap tests for the Mustang and Challenger are shocking.

It’s based off a mid 90s Merc E-class, what did you expect.

Also, the small overlap test is new, and the camaro was developed to cope with them, where as the 2008 challenger wasn’t.

The new Alfa Giulia (Lovely car) has a 5* 98% rating on the new euro ncap tests, the highest ever score achieved by any car to date

It might as well considering the rumours that the release was delayed because of safety issues.

There are a few sites with rumors that the next generation challenger is going to be based on the alfa giulia chassis which should result in improved safety and lighter weight.

The next Dodge Charger will ride on the same platform as the upcoming Alfa Romeo Giulia and has looks that resemble this 1999 concept car, according to Fiat Chrysler dealers in Las Vegas invited to see the car at a closed event on Monday. Also,...

Because more weight=more momentum to slow down. The only safety advantage of a heavy is car is in a 2 car collision where more momentum is better as you can push the other car out of the way (which is bad for the other car). Thats also how the smart car is able to get really high safety ratings. The car itself is very safe the problem is its so light that if anything else hits it it causes a massive change in velocity and thus high g forces. (still doesnt put me off from wanting a smart though)

You should see what happens to a 4400lb Land Rover in a small overlap test.

Ladder frame? Those are always ugly to watch.

@rcracer11m So what you’re saying is that these crash tests are pandering to lighter weight cars because their crash targets are immobile in testing.

That said… a similarly heavy Mercedes fairs so much better than a Challenger. S-Classes are known for killing basically anything in front of them.

Bit of a vague call to make there, considering dieselgate vehicles slowly kill everyone around them when in operation, versus the muscle car possibly killing it’s occupants if it crashes.

The crash tests simulate a crash against a vehicle of the same weight, in the end. So arguably yes, in a real life situation the smart car would fair worse than in crash tests, as all other cars are heavier than it.

I must reinforce that the small overlap test is a new US normative, and all cars designed to do well on that test, can cope with it easily, as the camaro does, however older cars which hadn’t been designed to deal with these tests simply aren’t prepared. When the NHTSA introduced this test in 2014 there was only one car maker that got good scores without any structural alterations (no prizes for guessing which one). Therefore, it is obvious that the Challenger didn’t do well, as it’s an older car that was never built for that test.

Also, that’s part of why regulations exist, so that car makers are pushed to improve the vehicles in areas they otherwise wouldn’t.

Call your tits, would you. That’s what is to be expected, nothing more, nothing less. It certainly doesn’t fair any worse than any car designed before 2012 would in that test.

Here’s a video that shows how cars that weren’t prepared for this test did, back in 2014.

Sorry…wrong comparison here.
What i mean is that FCA (Chrysler to most of us Americans) should be investing into developing such an iconic car like the Challenger into a really safe, agile and fast musclecar, but that’s what happens when you let an italian automaker like FIAT take over on everything from tech R & D to daily management of operations, which can turn into a double-edged sword…if you know what i mean.

DieselGate -on the other hand- is a far more complex case than some bad reprograming on any vehicle’s powertrain controller; Is what happens when some well-heeled executive decides to use some unfair advantage to market and sell some cars to bring some needed profits, which can, potentially, create some undesired media attention once it’s discovered and reported. As far as i’ve been following that class action case, It’s already being disclosed and settled on trial in the United States and Overseas.

(May be we can debate about the latter off-topic, don’t you think?)

I dunno… the Challenger seems like a typical Chysler job to me. I’m not sure Fiat had much to do with it… unlike the Dart for example; which seems like a decent vehicle. Fiat’s automatic transmissions though leave much to be desired.

That’s a perfectly fair point, and it probably is important to remember that outrage over Dieselgate is about the egregious deception, not the actual degree of emissions. I’m not channeling any of that here, though it’s still a fact that the relevant emissions are harmful.

That also means that said lawn mowers are even worse for you than the Jetta. But that’s well and truly beside my original point.