I had a quick scroll through to make sure there wasn’t any overlap, but I couldn’t find any dedicated threads to share any muscle car or pony car builds so… here is one. Can be any era, so both vintage and modern builds are welcome to be shown.

Now for something a bit more modern - an '80s pony car I call the Bearclaw. 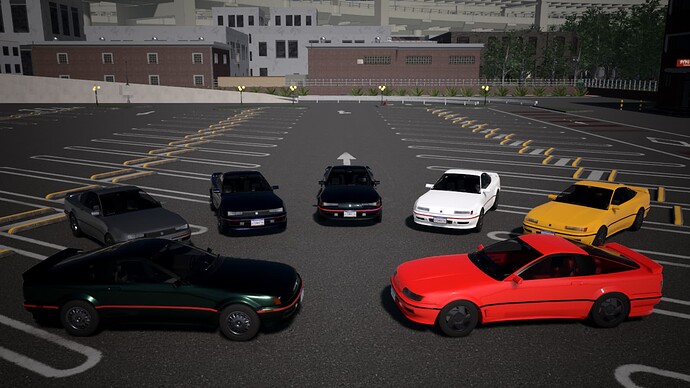 I made several trims of this one - they are as follows.

All of the V8s listed above have a cast-iron block and heads, as well as an OHV valvetrain with 2 valves per cylinder. However, the Competition Pack adds a stiffer suspension tune over the base model, whereas the Touring pack has a softer one instead. 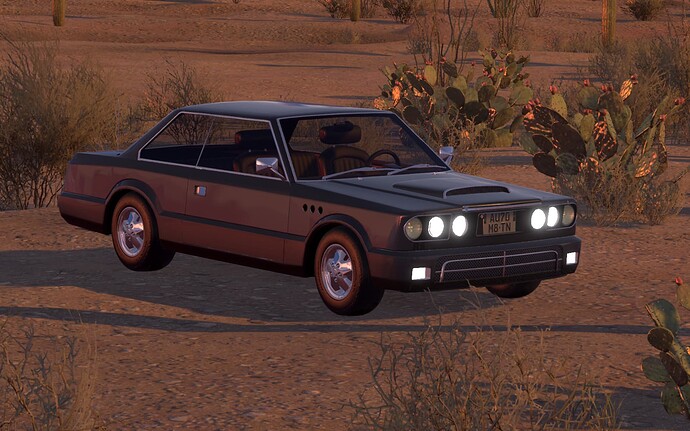 The Ravi-RS is the perhaps slightly oddly designed brother of the Sampo Melodia sedan, your standard body on frame rwd sedan with a measley 3.5l engine. The Ravi-RS however does with a slightly more adequate 6.0l V8, pushing out a (this is the 70’s we’re talking about) glorious 338hp straight to the rear wheels with none of your silly sophisticated independent rear supensions, bah. And it was a Finnish market car so it didn’t even get choked like the US muscle cars, checkmate!

Comparison photos between the base Melodia sedan and the Ravi-RS coupé: 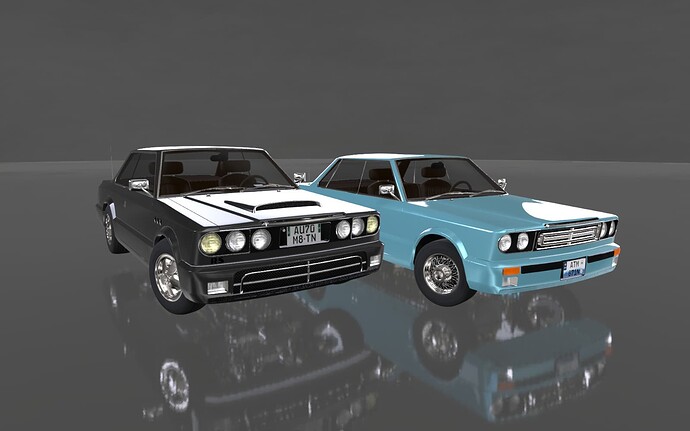 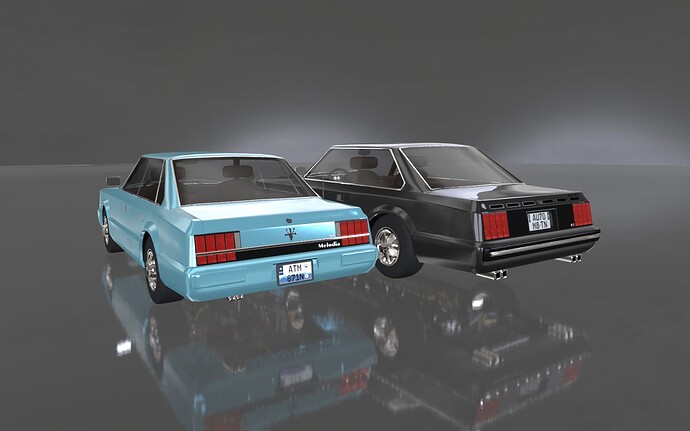 The styling is clearly much more subdued on the Melodia, it misses out on the six headlight look of the Coupé, plus the locking glass shield over the license plate in the front, which probably is just an annoying part to replace if it breaks. Why’d they put it on? Who knows.

I haven’t been posting much of my stuff on the forums for a long time cause I haven’t been very confident in my designs but I might as well dump them somewhere. I have too many brands anyway.

Holy shoebacca that is fuckin beautiful, I love people who can get that body to work

Flawless design, now that’s a car that like. What photo scene did you use here?

I chose the Highway Overpass scene, which is part of the legacy photo scene mod pack.

@IDK158 the Super variants (resembling an A70 Supra, hence the name) of the E90 Corolla-esque body sets can actually be made to look good very easily for 1980 (when they first become available, assuming 0 tech pool points on the body), and even into the first half of the 1990s, if you know what you’re doing.

And this specific generation of Bearclaw has struts up front and a coil-sprung live axle at the rear on a steel monocoque chassis - but its immediate successor (if I ever make one) will most likely have more advanced underpinnings. All seven trims shown, however, do have detailed interiors, 2+2 seating (the maximum for this body type) and all.

How did you get them to act sequential?

I have this car model I call the Contester.

I only have pics of it in my old archives because the updates previous have borked it, and I’ll have to start over. QFC3 winner 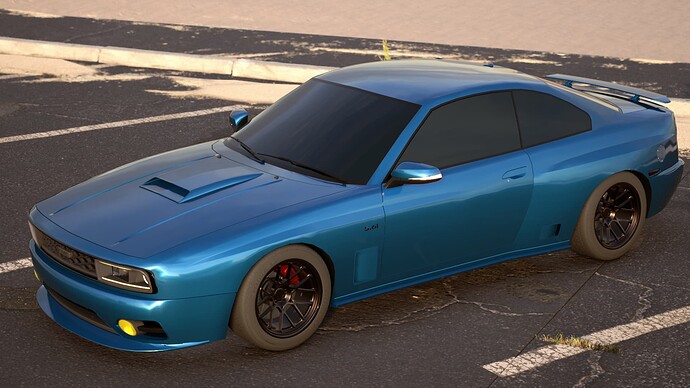 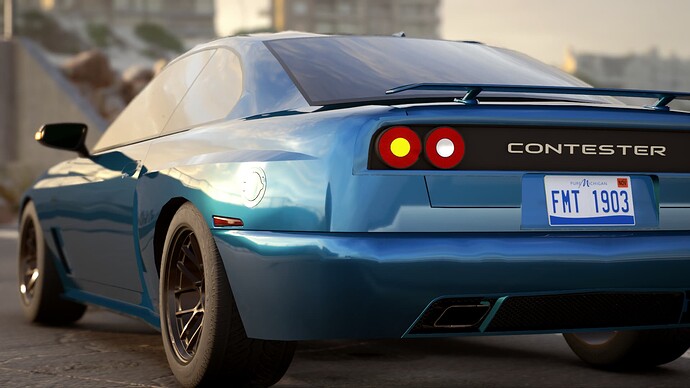 This is the 1970 (trackday) version. Bear in mind this was one of my very first Automation models quite some time ago. 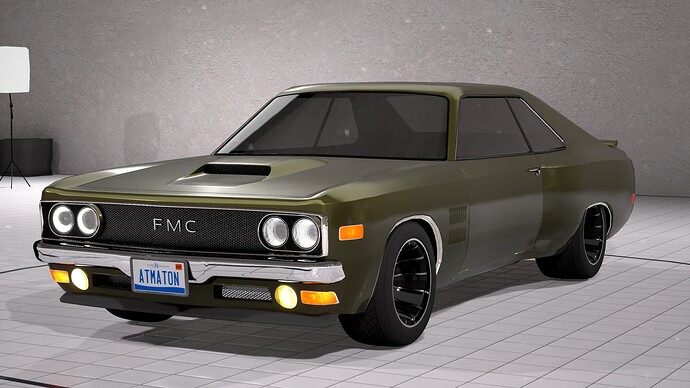 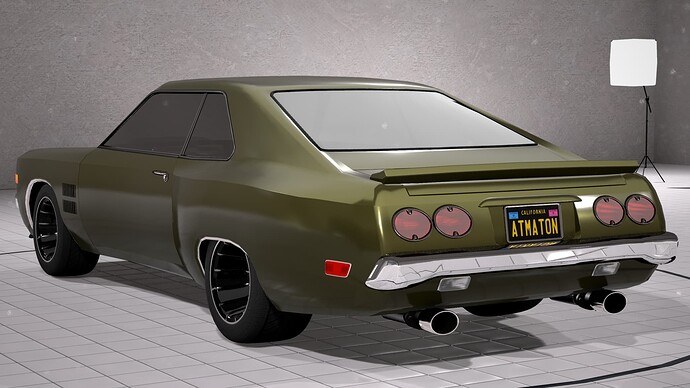 I’m working on the 2005 version for a competition. The Contester is the Mustang (or…Challenger) of my lineup.

You could use one of the revised '88 Indicator body sets to remake the '05 Contester - specifically, the one with a 2.7m wheelbase and a fastback coupe body style.

Just use two different indicator reflector materials for the lights for old american style sequentials. One circled in blue for the outer side light of the two, otherwise the “animation” indicates towards the middle of the car. 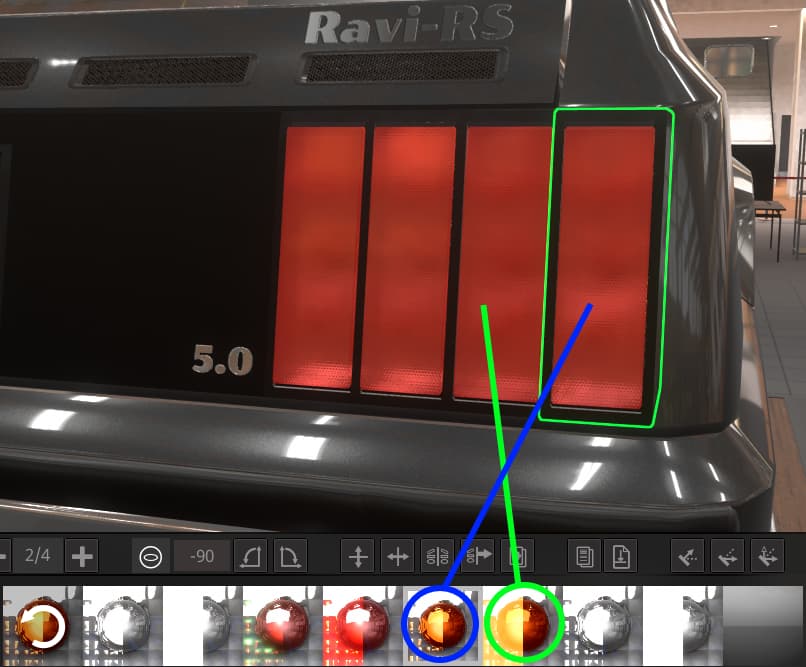 did the body for the more modern one get yeeted?

It was replaced by several similar-looking body sets - the '88 Indicator. Each one comes in a wide range of body styles, with wheelbases ranging from 2.55m to 3.0m.

but I want my 850 body :agony:
seriously tho it should be in the legacy body pack

The closest vanilla body in the latest version is this: 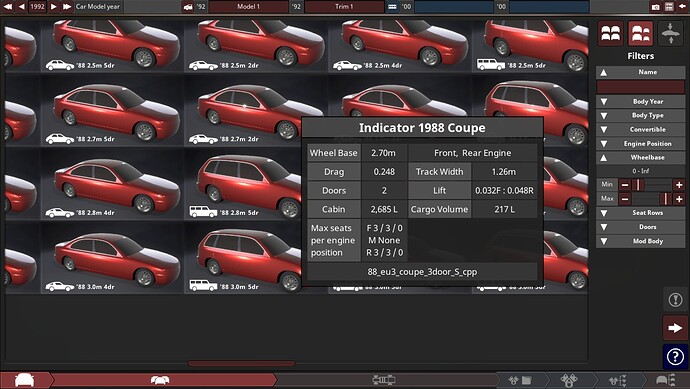 It’s the mid-sized '88 Indicator body, with a 2.7m wheelbase and a fastback pillarless coupe body style.

It’s there but the morphs changed.

Using an old body (even older than some of the grill sauces in my garage) from the Kee era is always something that won’t satisfy you in 2022. Nevertheless, I have a soft spot for the 90s Camaro shape, and so I gave it a try.

And yes, it looks meeh. There is a reason why these outdated bodies are actually only used by creators that feel nostalgic.

Nevertheless: This is the 1993 Globus Phoenix, available as SC and GT trim. The car was not a total flop, but it overall failed to succeed due to wrong market placement (too expensive for a muscle, too rough for a real GT) and the unusual design. 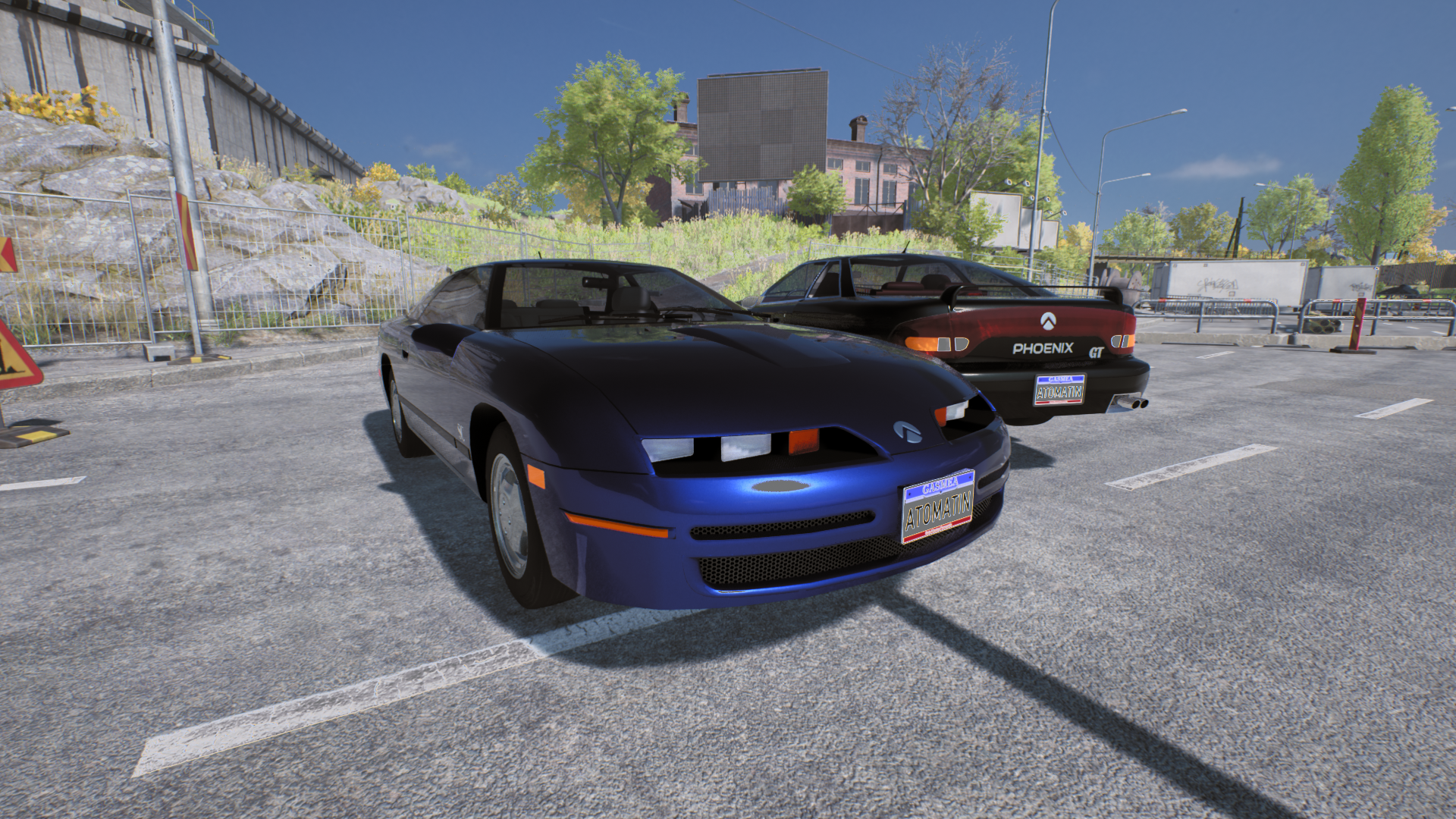 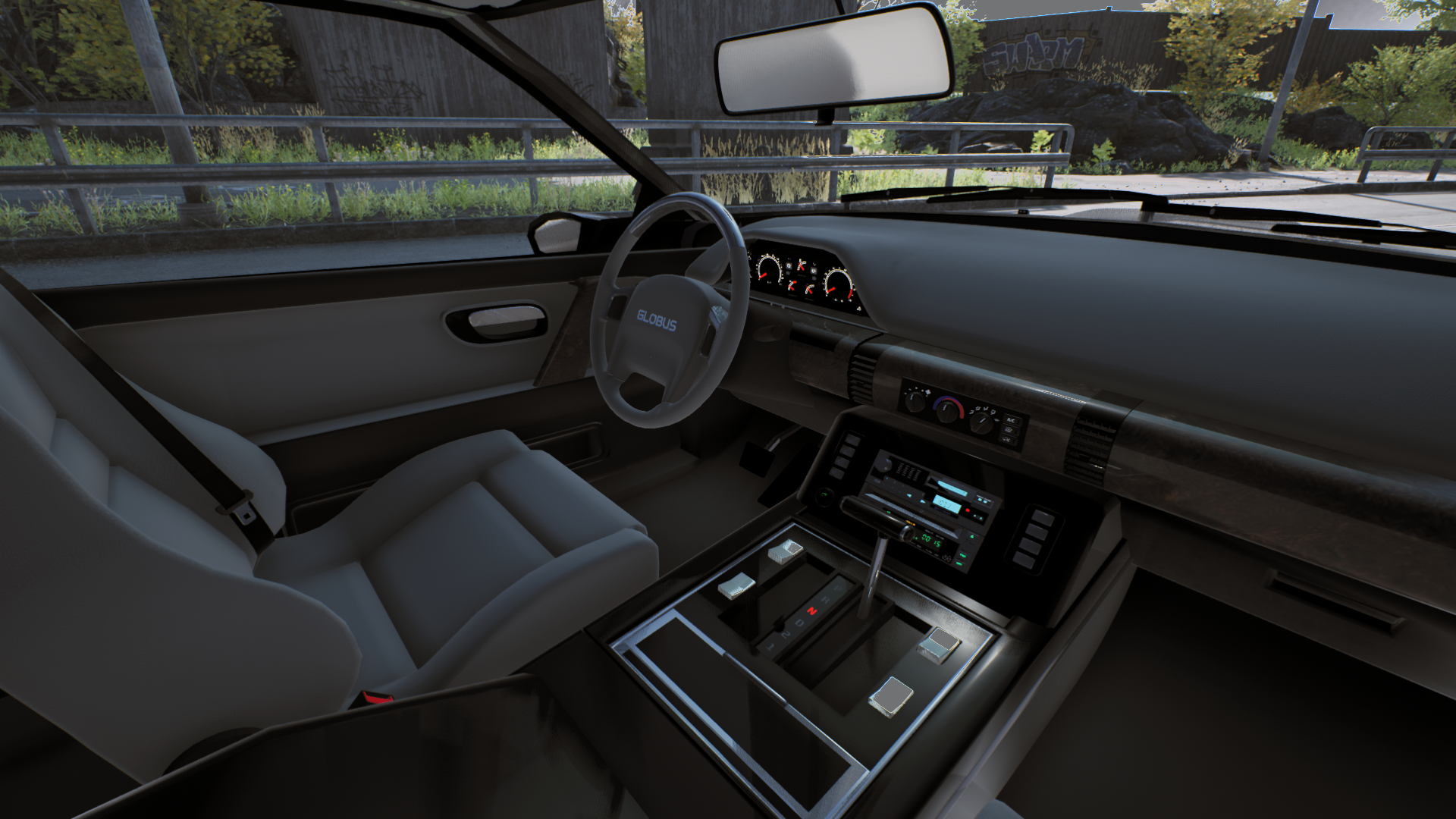 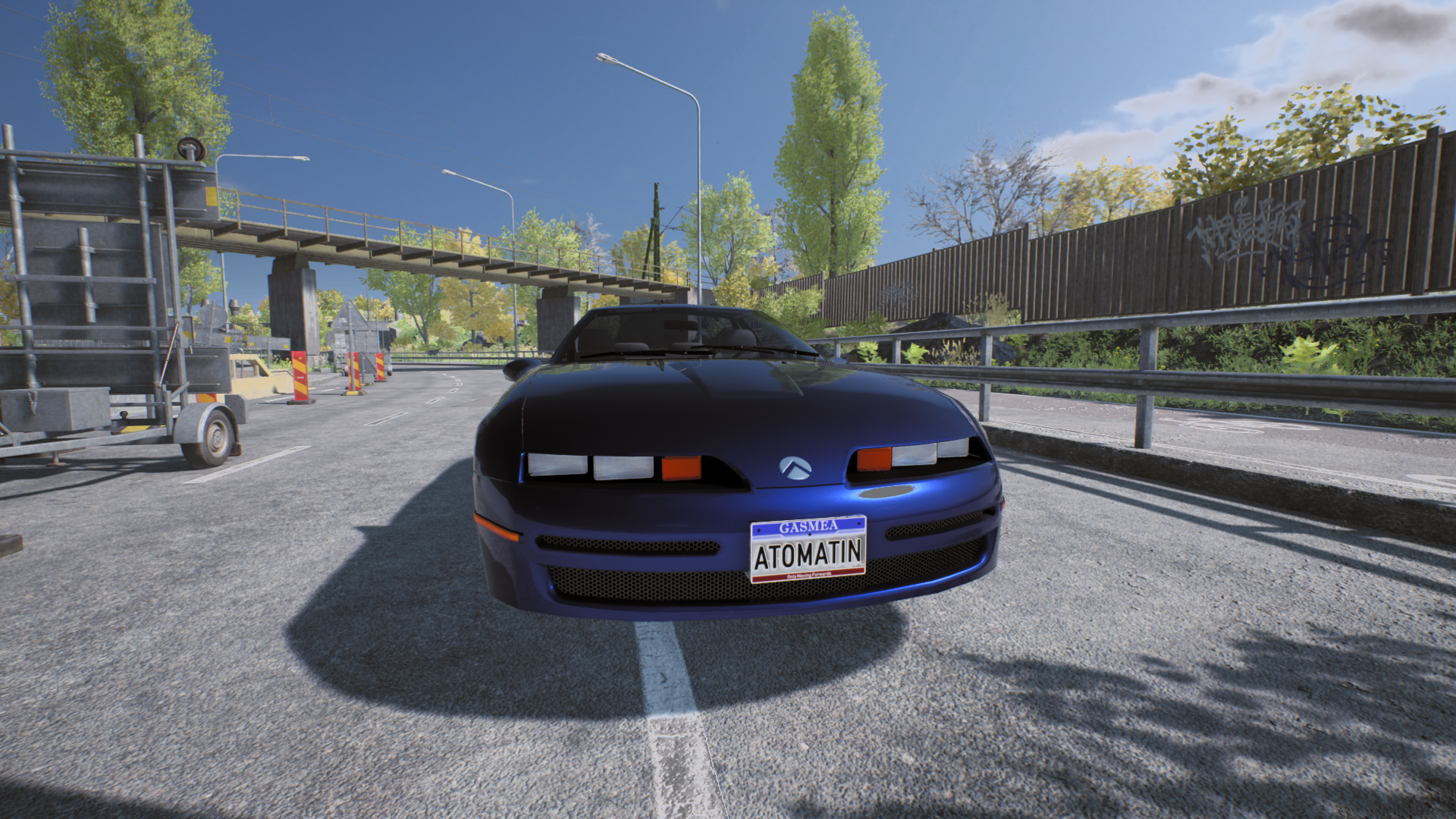 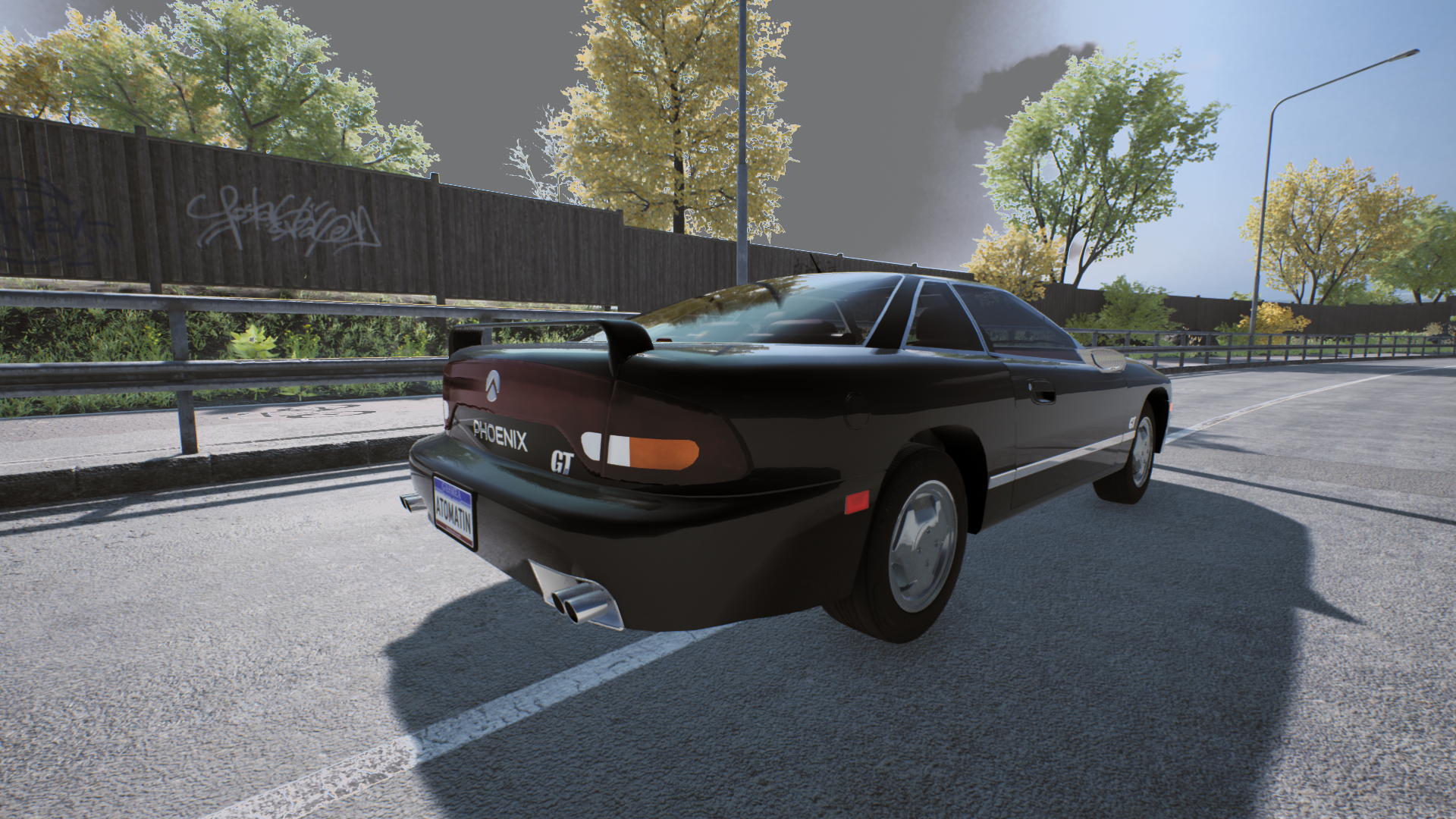 It’s not actually a bad design by any means, but there’s a good reason why that body wasn’t remastered as a vanilla option for any UE4 release: shortly after the first UE4 version came out, the Z15A/Z16A GTO/3000GT body sets were introduced as a mod, before becoming vanilla later on - and despite having a similarly rounded shape, its overall proportions are generally superior. That said, you have done a good job with the '90 F-Body mod.

One thing that usually looks good, especially big and bold, is font with some of the vertical scale turned down. I usually start at .5 (50%).

That trick may pay off on the back lettering. 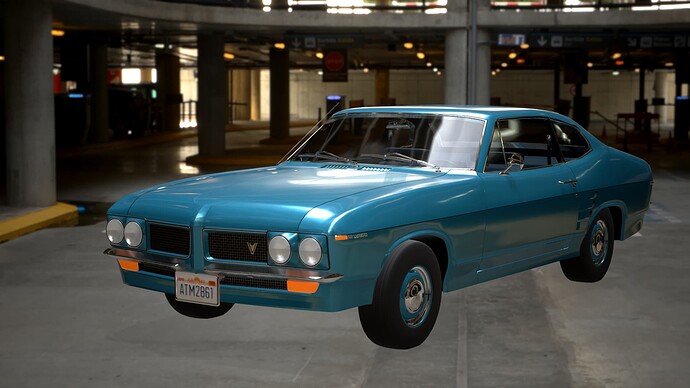 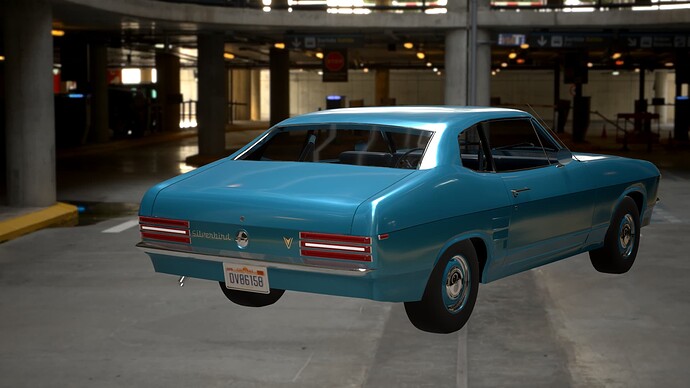 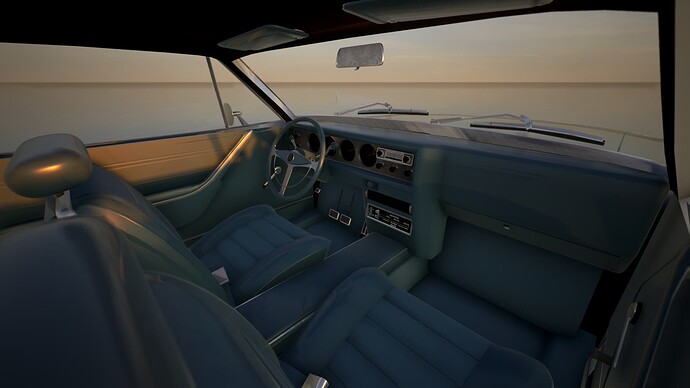 HiResPhoto270_3,840-2,1601920×1080 72 KB
You could get the Silverbird with both the classic Vaughn V8 or a newly developed, overhead camshaft inline six. There was options like disc brakes and a clutch pack LSD available, as well as an automatic 3-speed transmission or a 4-speed manual instead of the standard 3-speed manual. The GTC always had the high performance version of the V8, as well as 4 speed manual transmission, clutch pack LSD, spoilers, alloy wheels on radial tyres and disc brakes, among other features. 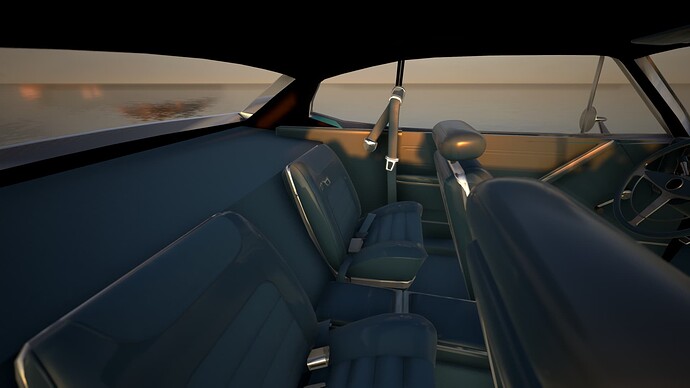