Nakatani Auto Works was founded in Fukuoka, Japan in 1928. Vehicle production ceased during the war, but resumed in 1946. Nakatani started expansion into world markets during the 50s, failing to achieve U.S. popularity until the fuel crisis of the 70s. Today, Nakatani produces a variety of sedans, SUVs, trucks, and performance vehicles. Notable models include the Zeta sports car, the Horizon sedan, and the SR-X supercar. 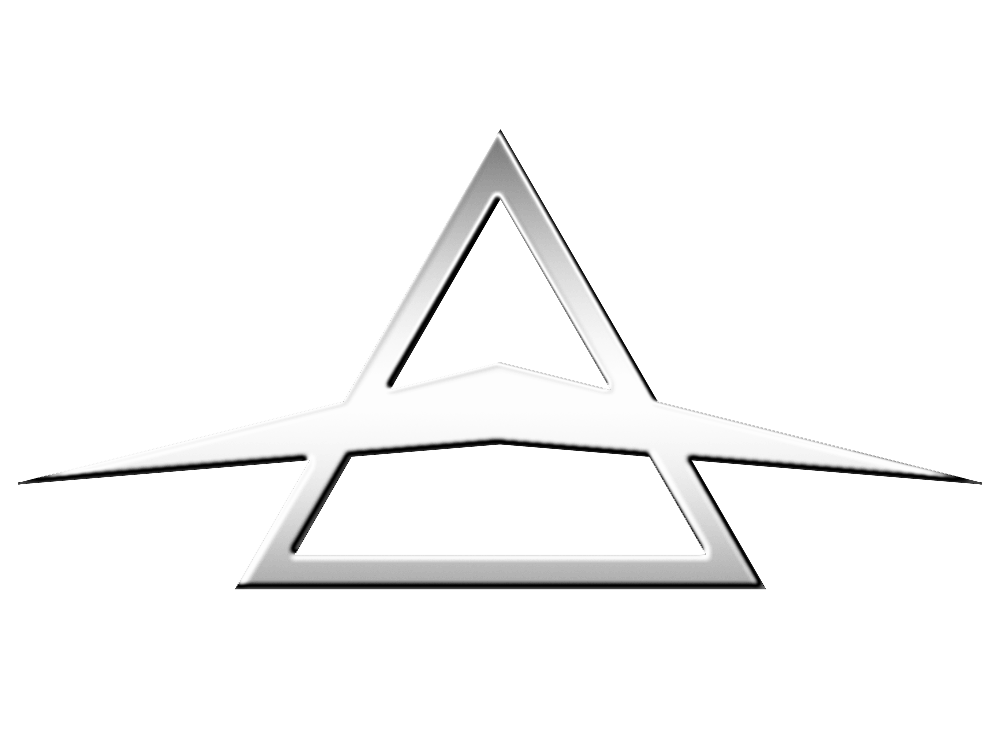 Aeternum was created as Nakatani’s luxury sub-brand in 1988. The brand was initially introduced to North America and expanded to world markets in 2006, replacing Nakatani rebadges of Aeternum models. Aeternum cars are built in their own exclusive facility in Fukuoka.

There is already another vehicle with that name, but that one was made in the earlier 4.1 build - this new company of yours is in 4.2.

On that note, I have a model called Orion Sentinel, but honestly, it’s not a problem for me (not like coming up with that name took much of my effort)

But, I guess, Voeke might find such info useful.

Thanks for letting me know! I changed the name. I just wanted to have all my car names already prepared lol

A return to power and prestige. 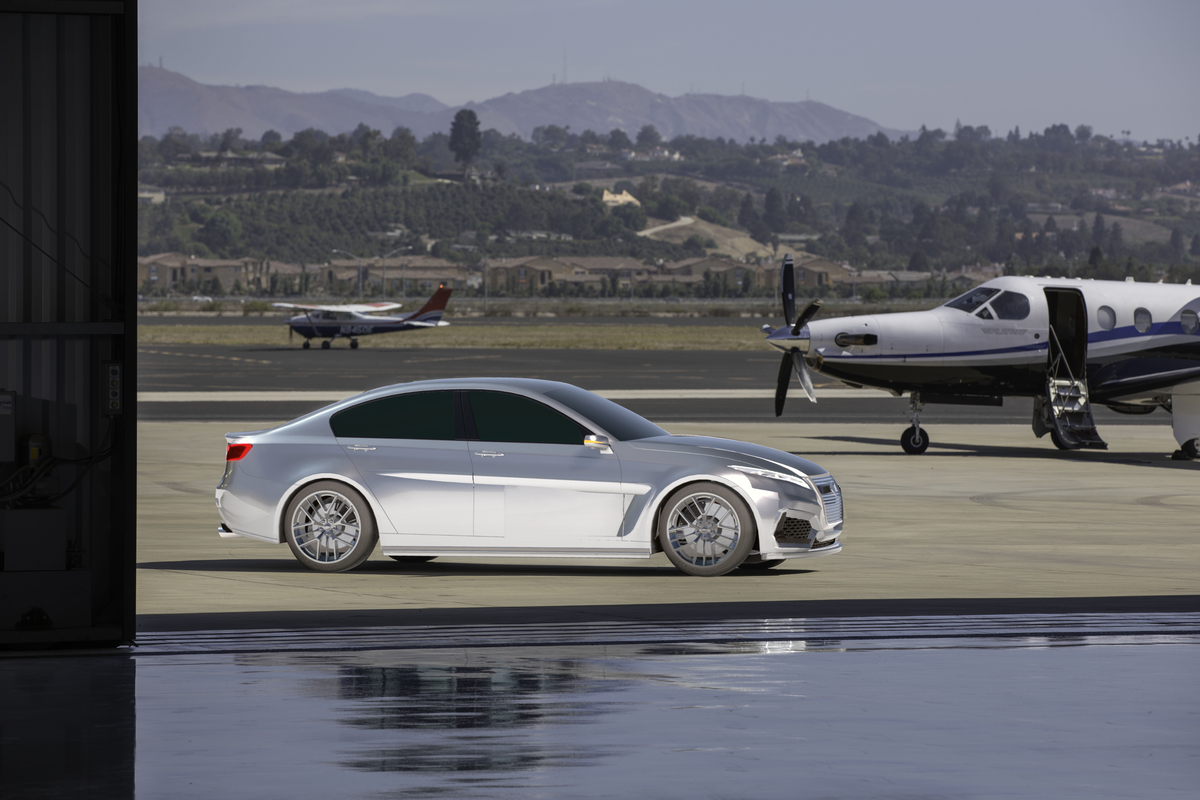 After a two-year hiatus, the Zenith name returns for 2022. Now with a V8 option and a stiffer chassis, the new Zenith is as exciting as it is accommodating. 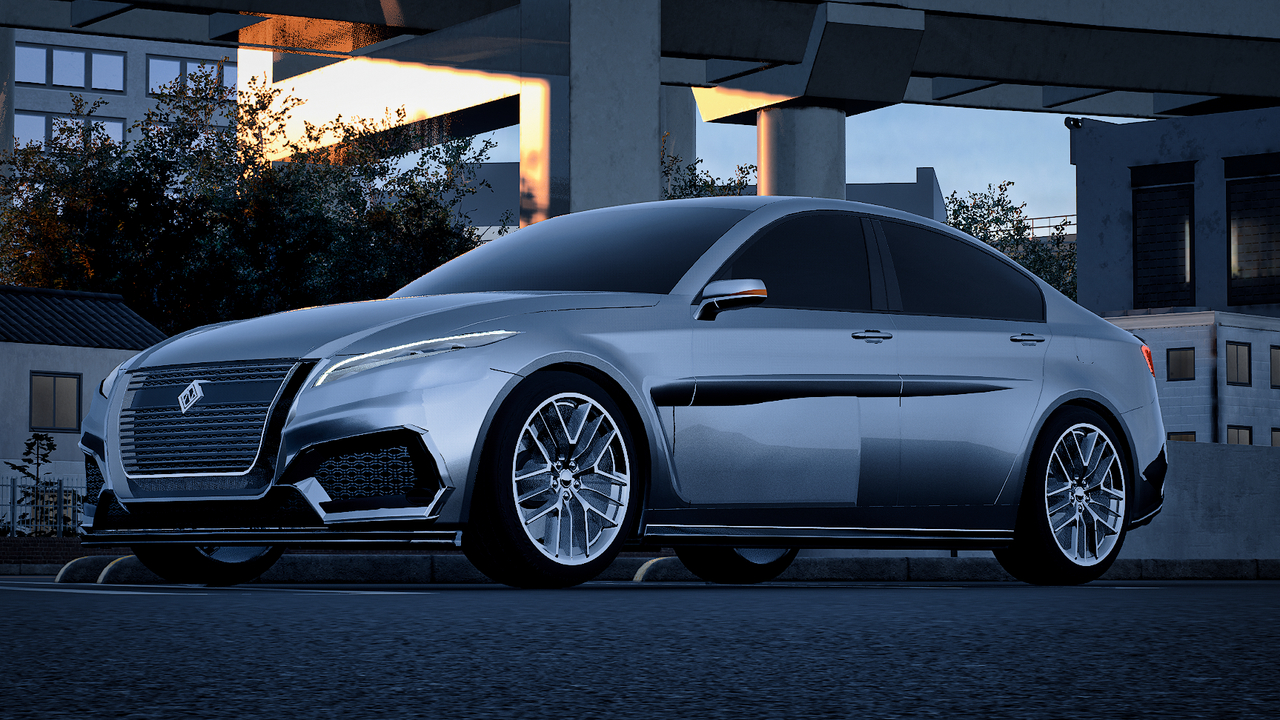 The New Face of Nakatani

For 2022, the Zenith has been redesigned from the ground up for a look that’s both authentically Nakatani and worthy of the Zenith name. The brand’s iconic MotionFlow grille has been integrated into its design, coupled with a more expressive front fascia that is as elegant as it is aggressive. A far cry from the Aeternum-designed previous generation, the 2022 Zenith stands on its own. 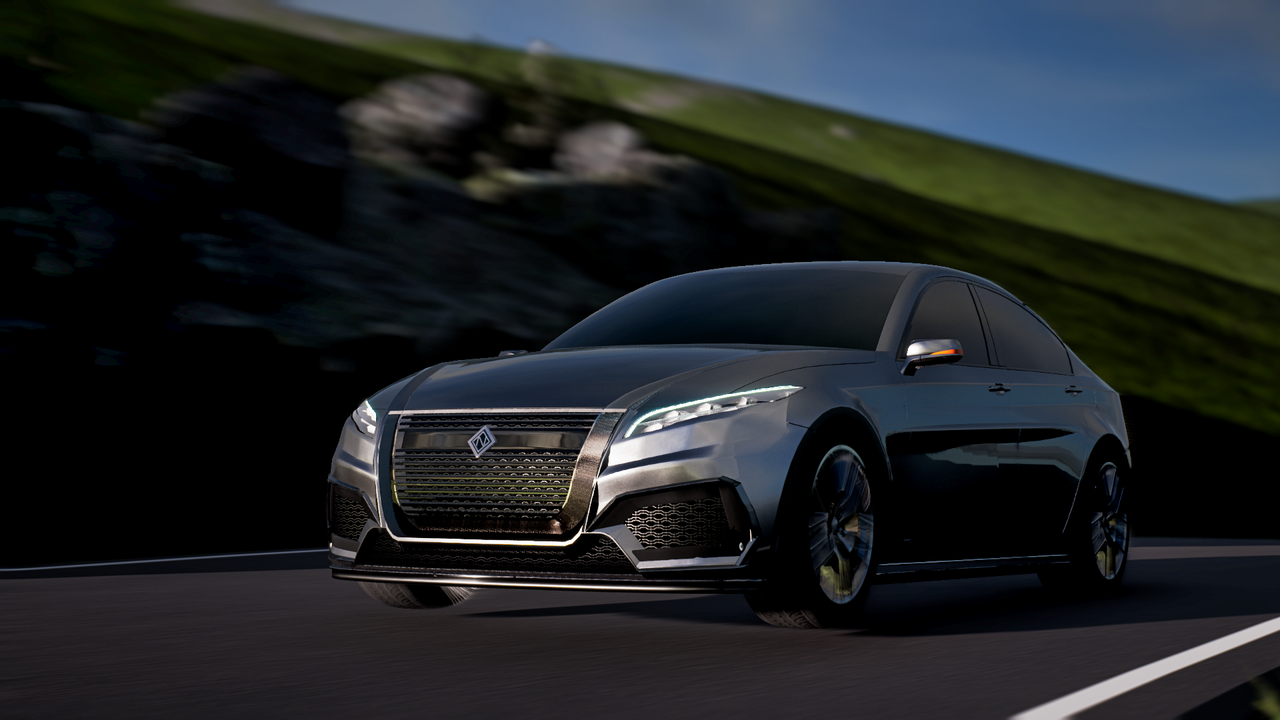 Our performance DNA runs deep, and Zenith proudly upholds this. Now with a new platform, the new Zenith is more rigid and stable than its predecessor. Revised active suspension ensures a spirited ride, but without the harshness typical of sports sedans. Three different driving modes adjust shift times, steering firmness, and suspension characteristics for your preferred driving style. Available for the first time on Zenith, our proprietary 4TRAC-A AWD system* guarantees a secure, agile ride no matter the weather.
*Optional on V6

The Quickest Zenith Yet

Standard on Zenith is our 3.5L V6, famed for its quiet operation and generous power. Modernized and revised for more power and efficiency, the 3.5L V6 gets 301 horsepower and up to 28 MPG (highway). Available again is a V8 powerplant, with a 454 horsepower, naturally-aspirated 5.6L V8 optional. Accelerate from 0-60 in a brisk 6.3 seconds with the V6, or 4.3 seconds with the V8 equipped.

Nice, clean and coherent design, decent specs, I like it.

Thank you. It’s sorta my take at a modern Cima, though it’s obviously got some Crown in the design too.

It’s fitting they called it the Zenith - with plenty of presence, and loads of grunt to back that up, it should go straight to the top of the executive car class in short order. I’ll ignore the lack of a detailed interior for now - I’m assuming you may add that feature later on when the right fixtures become available through the Workshop.

Thank you! I don’t often do interiors, but I’d be more than glad if anyone wants one.

It is very solid auto and Fantastic tuning of components and performance! It takes a lot of try to surpass your car. Just after such cars, the bar of a cool man owning a 500hp car is raised and becomes unreacheable to drag racers, due to its enormous cost. I mean, your sedan is pretty middling, but it raises the bar for sports cars, making them invisible against the background of your car. In particular, power is nothing anymore, you have to operate on the hp/lb ratio.

Your new and already better at format then me? Not possble! Great work on the Zenith. I’m assuming it is based on the A3s?

Yep! They definitely share a platform.
As for formatting, you’re free to reference mine with this link. 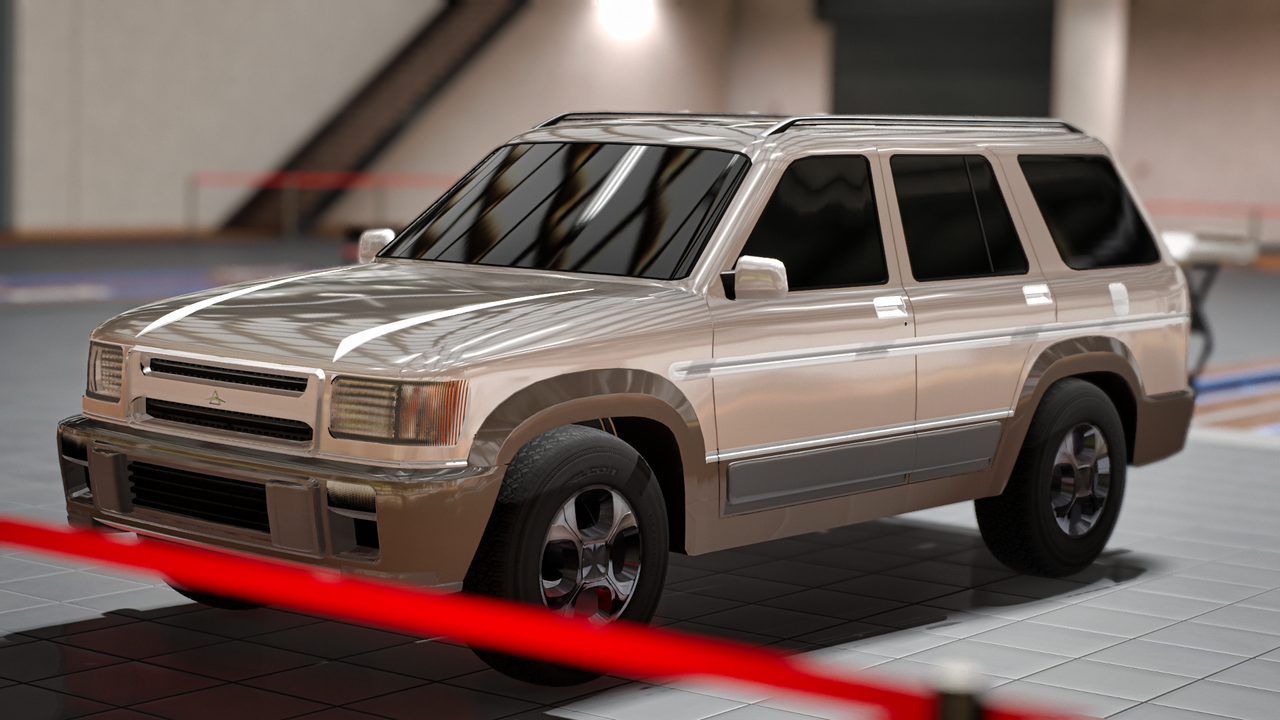 On occasion, we will pull a model on display at our auto museum for an online feature. Starting it off is the Aeternum ADx, the luxury marque’s first SUV. Intended to compete with other luxury SUVs, the ADx was made available in 1998 to honor the brand’s tenth anniversary - in fact, ADx means “Aeternum Decade Crossover”. It sold well in the beginning, exceeding sales targets. Sales quickly fell off in the 2000s as the ADx got overshadowed by larger, more powerful SUVs, causing it to be prematurely discontinued in 2003. The ADx started at $33000 in 1998, or about $57000 today. 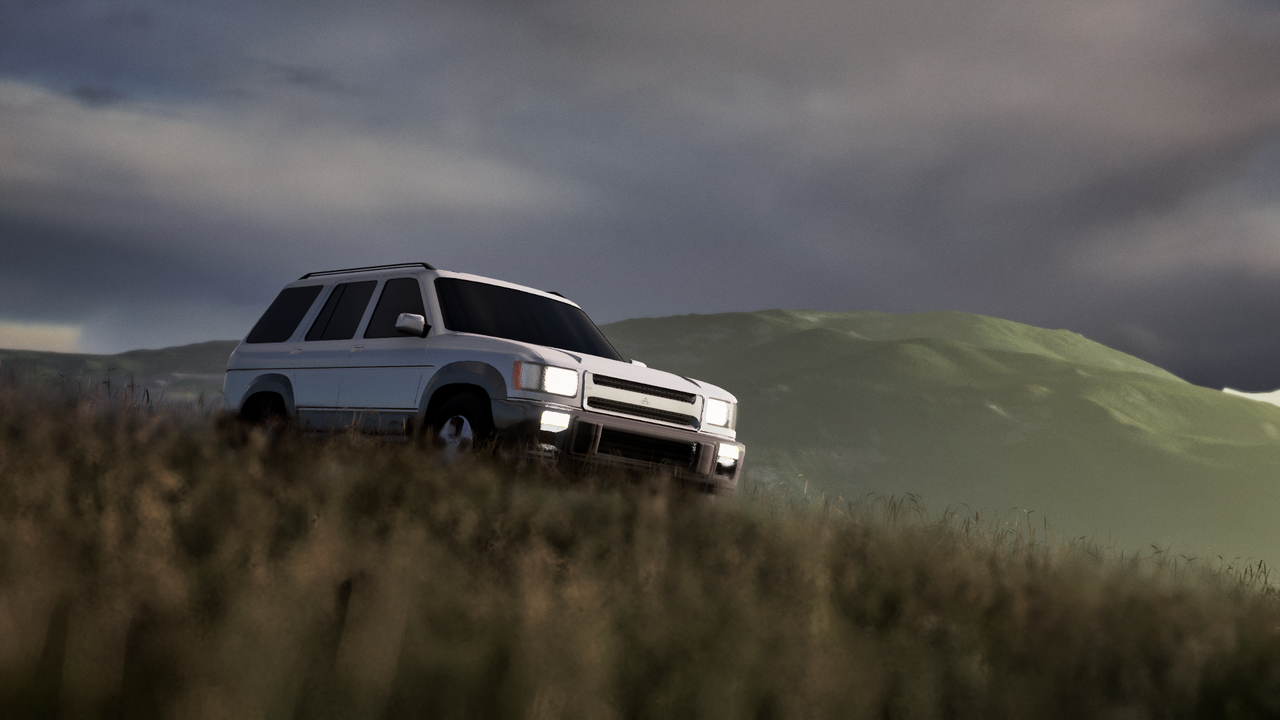 The ADx was intended to be a luxury SUV fit for any environment, be it city streets or the roads less traveled. For durability, a body-on-frame platform was chosen. The engine was longitudinally mounted, with 4x4 and an automatic locker coming standard. Suspension was an advanced double wishbone front, multi-link rear setup, tuned for comfort. The underpinnings lent the ADx somewhat serious off-roading credentials, with the SUV recently appreciating in value as the availability of 90s Starcruisers dwindles. 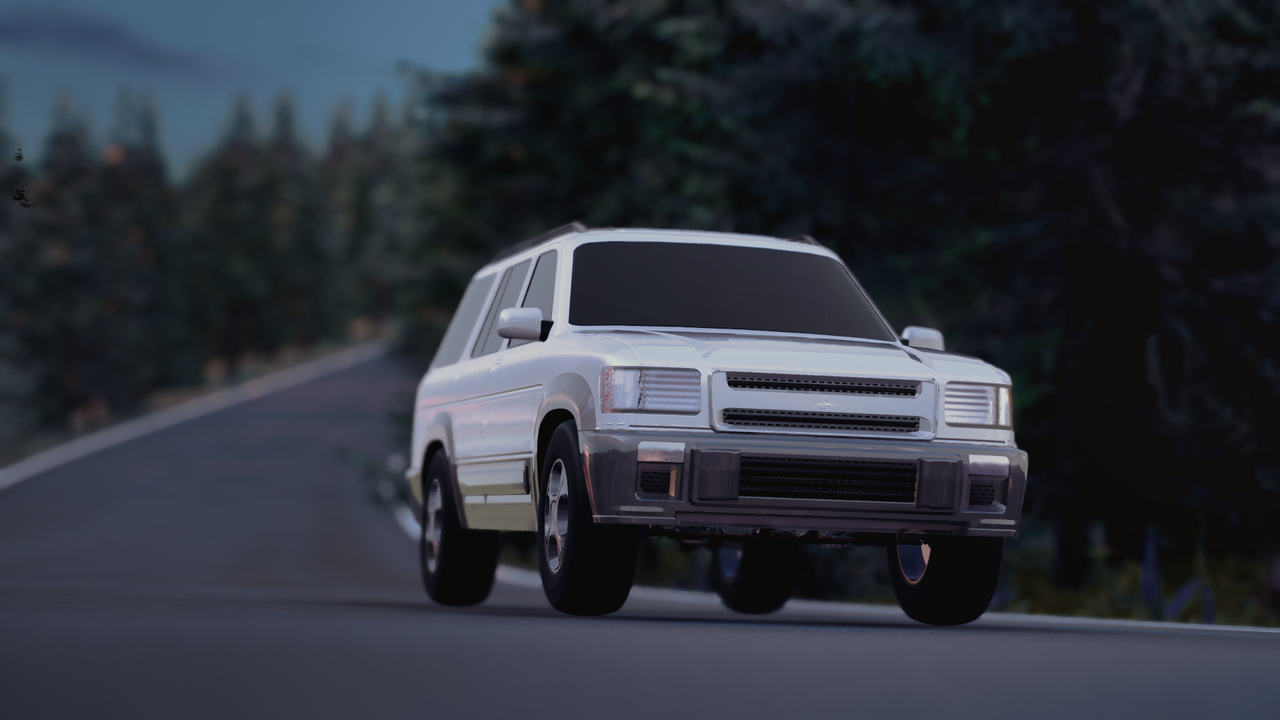 Yes, it’s the same 3.5 that’s in the Zenith, minus the extensive modernization

Being a large, body-on-frame SUV, the ADx was not designed for cornering. However, thanks to its underpinnings, it was exceptional off-road. The soft suspension and automatic locker allowed effortless driving over rough terrain. Of course, most owners never took theirs off-road, only buying them to comfortably drive over potholes and neglected infrastructure. Chosen for its near lack of vibration, Nakatani’s 3.5L V6 was the only engine option, mated to a five-speed automatic transmission. The ADx accelerated from 0-60 in an impressive 8.2 seconds, getting a not-so-impressive 20 MPG highway and 16 MPG city. That being said, if you were buying one of these new, you probably didn’t care too much about fuel costs. 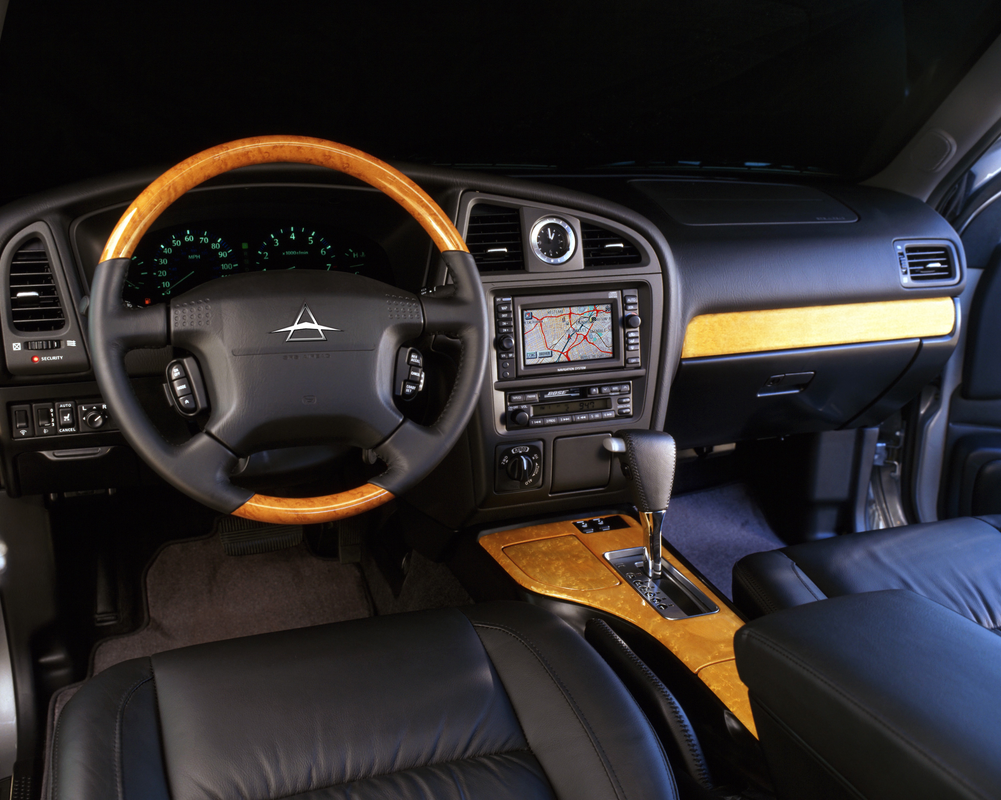 I didn’t feel like fully modeling the interior
Befitting of a luxury SUV, the ADx was generously filled with gathered leather, genuine wood trim, and soft-touch plastics. The SUV was relatively ahead of its time, including optional touchscreen navigation, automatic dual-zone climate control, and even radar cruise control. Of course, radar cruise control was only advised to be used in clear weather due to the technology’s infancy. Heated seats came standard, with heated and ventilated seats being introduced as an option in 2001. While more features were planned to be included, such as auto-leveling headlights and massaging seats, the ADx died a premature death in 2003. The A6x and A9x, its successors, would inherit its innovations.