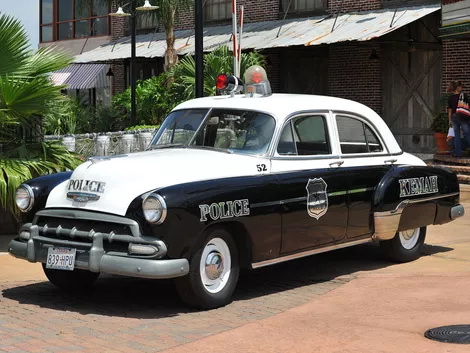 The Argument for the Squad Car

Yes! I think we need a new market. What I would like to see is one which represents police squad cars/interceptors, as well as private security vehicles. I know there’s a lot of resistance to this idea and it’s been brought up before, but let me outline my argument:

What is the Squad Car?

This market would desire:

What does this mean for the player?

These demands are fairly unique, but adjacent to several markets. In real life, police cars are usually either exactly the same as cars offered to consumers, or have minor modifications specially for that market (a variant). For example, many police cars have been offered with more robust suspension than their standard counterparts. The recent era Dodge Charger was offered to police with a V8 and AWD together, whereas normally the AWD variants were only available with the V6. 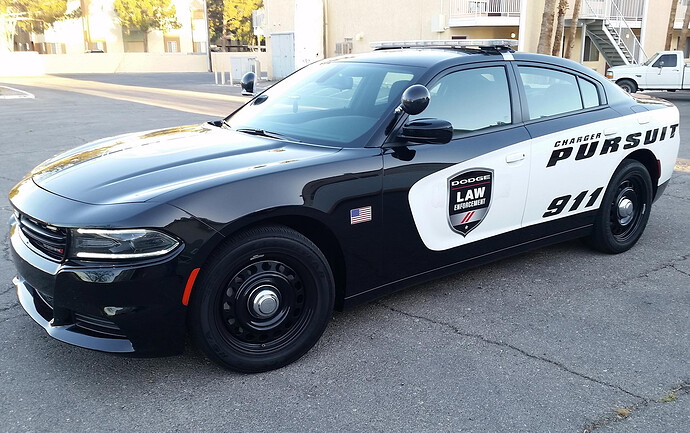 There are several large markets where players might be tempted to modify their car, or make a separate variant, towards the squad car market. Family cars are practical and tend to have better than zero offroad, but may need a better engine. Passenger Fleet vehicles are reliable and get good gas mileage above all else, also making them good candidates for an engine swap. Sport and Family Sport type cars have the power and sportiness, but might need a suspension lift and harder tires to get some offroad, as well as possibly a cheaper interior. Makers of trucks already have engines which are both large and reliable, and might find new applications for their engines. Sport Utility Premium tends to have the speed and offroad, but a variant with a cheaper interior might appeal better to the squad car market. 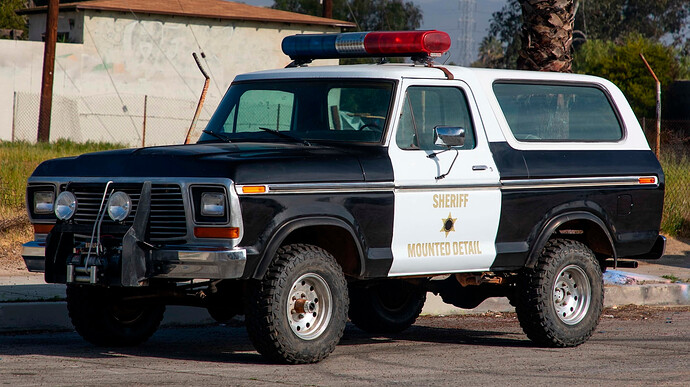 This market would be especially unique in that it is a market for powerful, high-performance cars, but prefers reputation and reliability over luxury and prestige, and offroad abilities must be balanced with the need for some sportiness. As an added bonus, players can already sort of make race cars by aiming for the Track market, and this provides a market which might appeal for players who want to make rally-style cars.

Where will it go on the market screen?

Yes, I know the market screen is full. It looks good the way it is and there’s no room for another rectangle.
But why the hell do we have three, separate delivery markets? In my opinion Delivery, Light Delivery, and Heavy Delivery are all far too similar to each other, and having these as separate markets doesn’t pose any interesting design challenges. Every delivery van I’ve ever made has had strong appeal to all three. I propose we eliminate Delivery, leaving only Light Delivery and Heavy Delivery. This would free up a slot for Squad Cars (or a different new market that’s appealing) and we can have some more variety in demand.

The Arguments Against the Squad Car (and Rebuttals)

In my opinion, this is true of Delivery and especially Passenger Fleet as well. Who ever heard of a taxi company buying a few cars at a time instead of a lot of identical ones at once? Normally taxi services and delivery services buy lots of vehicles on contract, but in the absence of a contract system, we have them as markets in the game anyway because they have interesting requirements but often buy the same models of cars as regular consumers. I don’t think having a certain trim make 2 sales the the squad car market hurts immersion any further. Besides, police occasionally do one-offs! 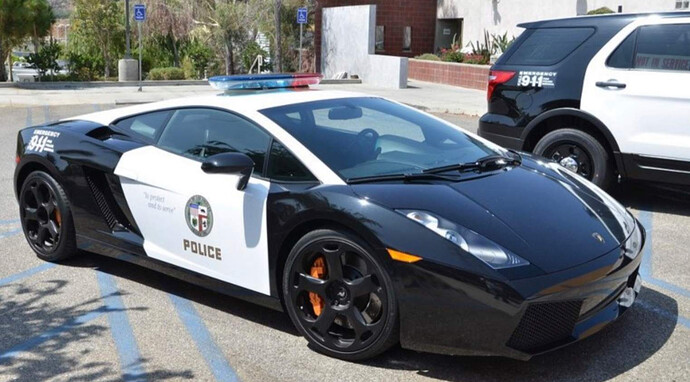 The player doesn’t have vanilla fixtures for it

Obviously, players are going to wonder why they can’t put police lights and decals on the car if they’re selling it to the police. Depending on the era and location, governments often made this customizations themselves or at an aftermarket vendor. Once again looking at the Passenger Fleet market, the player doesn’t have vanilla taxi signs, decals or meters, which are characteristic at this market, so I don’t think it’s any worse than the current state of affairs.

It’s not a very big market, why build for it?

Neither is Track Premium! And that’s part of what makes it interesting… just like in real life, police have fairly different demands compared to ordinary consumers, and this is why they usually use cars which are identical or similar to those for sale to the public. In order to profitably sell to this market, it is best to create a variant of an existing model, rather than make a dedicated car for it. Depending on which markets your company is already targeting, this could take a lot of different shapes, such as a more rugged variant of your Sports car or an upgraded version of your Family car. 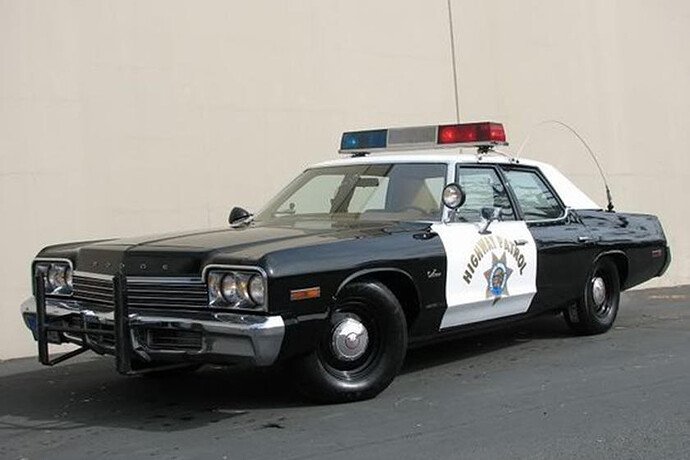 Police cars provide a lot of interesting decisions to the player because they have unique requirements, but are similar enough to several markets that a variant could be made. While they aren’t a huge market, they are an iconic part of many manufacturers’ lineups, and an import element of automotive history. Adding the market shouldn’t take a lot of development effort, since it doesn’t depend on any new artwork or mechanics, only changing and balance-testing existing numbers. Also, seriously, we do not need three separate delivery markets, they look like they’re just there to prevent empty space in the bottom left of the market screen- let’s get something that encourages creativity instead.

From what I’ve seen so far, the Squad Car segment is highly reminiscent of the Passenger Fleet market, but with a greater emphasis on sportiness (including speed and acceleration) and offroad. Given that the latter’s description reads “a large, practical and comfortable vehicle for use as a taxi or company car”, the similarities between the two markets make sense to me.

This seems to be a very US-specific market, and as such could be a bit confusing for people from the rest of the world. See, here in Europe offroad capabilities of a typical police car are exactly the same as that of a typical Golf. Same for sportiness, aside from some faster ones for highway patrols. Those are just normal cars.

As for fleet and delivery, those aren’t only bought by some singular molochs, but by a myriad of smaller businesses too - you don’t need to have a taxi fleet for a whole city to need a few cars like that for your low rank managers/sales reps travelling around the country. Or be Amazon to deliver some stuff, like your freshly baked bread to the shops. I agree that 3 delivery markets seem quite redundant.

Isn’t the average squad car more or less family sport by being a higher performance sedan?

This seems to be a very US-specific market, and as such could be a bit confusing for people from the rest of the world. See, here in Europe offroad capabilities of a typical police car are exactly the same as that of a typical Golf. 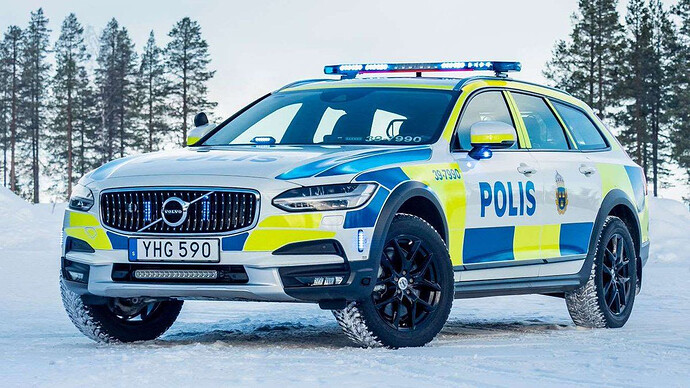 Eh, that’s arguable. Compared to say, the Family Sports market, where most customers would like the car to be on Sport Compound tires and very low to the ground, even city police tend to use cars which are at least as offroad capable as ordinary family cars, meaning they can get over some potholes and speed bumps.

I don’t know if there’s any examples of European manufacturers making cars with better offroad capability for police use like in the US, but there is definitely an appeal towards more capable vehicles in some areas, such as the picture above. This would probably be a Family Utility Premium car.

Country tastes make up some of this as well, with Hetvesia and Fruinia having negative offroad tastes. Combined with a lower budget, you might see a greater portion of Squad Car buyers in these countries select ordinary family/commuter type cars.

Isn’t the average squad car more or less family sport by being a higher performance sedan?

It has some important distinctions from Family Sport. Family Sport values comfort very highly, as well as prestige. They also have 0% Offroad taste. Squad Car buyers care more about fuel economy and reliability, as well as offroad score.

So, your Family Sport car might sell to this market already, but it could definitely do better with a cheaper interior, some harder tires, maybe a little lift. You’d have to decide if making an extra variant is worth the sales. For example, Holden in Australia made a more basic (cheaper, but also more durable) interior just to sell for police use. Or so someone said in discord, I’ll admit I can’t find a solid citation on that. 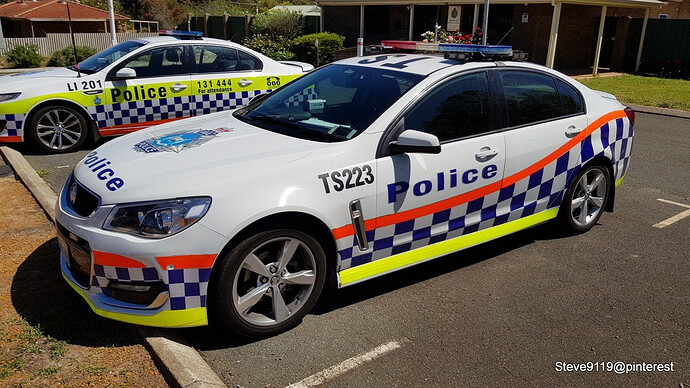 Also, your Family Sport market wouldn’t care much for the difference between a small, high-revving engine and a larger one which makes similar power, but the latter would tend to be more reliable, leading them towards a certain flavor of car.

there is definitely an appeal towards more capable vehicles in some areas, such as the picture above

Which to me looks like a standard V90 Cross Country with some high profile tyres. Again, nothing that wouldn’t exist on the market without those “squad” buyers. And I bet that the Holden from the pic below doesn’t have even a fraction of that Volvo’s off-road capability, despite being an example of the same proposed market. IDK, I think that whole squad market in reality is a bunch of different cars from different markets for slightly different purposes.