Thanks @Private_Miros, but now that I think about it, it may not be all that many. Now, on with the designing! That next drawing is getting closer!

Yeah that’s perfect. The alternative will be other users getting annoyed and unsubscribing/muting everything you post, so I guess that’s up to you.

Also if you reply directly to someone’s post, tagging that user is redundant, which is not a big deal but may save you one precious second. But when editing in a reply to another post tagging will notify that user when the post is updated.

Gotcha. Thanks, and if you still want to consider designing for me, you go right ahead! You will be rewarded, you know.

You will be rewarded, you know.

And the reward is?

If i have to guess, a prize car.

The RIDGE465 complete set, 4 cars. Worth $8 USD. One of the most prestigious prizes I can offer. They’re all tuned to the heck of it. Top notch bunch of cars, the group is. If @strop decides to design something for me, that’s what the reward will be. Every so often I will uncover a car I specifically find interesting that I didn’t make, and I will ask the designer to make something up for me in exchange for one of these. Just a little, “Thanks.”

So, wait, we are talking about those bland Automation designs like in the picture in your OP? Or what is RIDGE465?

Okay, first of all @Private_Miros, I would appreciate it if you didn’t call my group’s designs “bland” and, secondly, RIDGE465 is a group of premium vehicles which does not include machine-V, ranging from the pictured designs at the top of this page to a list of cars which @strop can pick from found here: 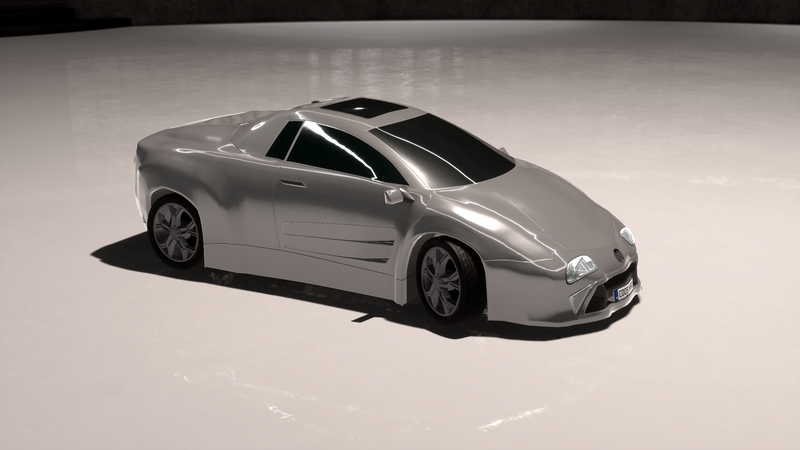 Sorry to say, but I can’t post this one because I don’t have the body or most of the fixtures! I spent days upon days searching for the parts, so if you would be so kind as to tell what body you used, that’d be great! 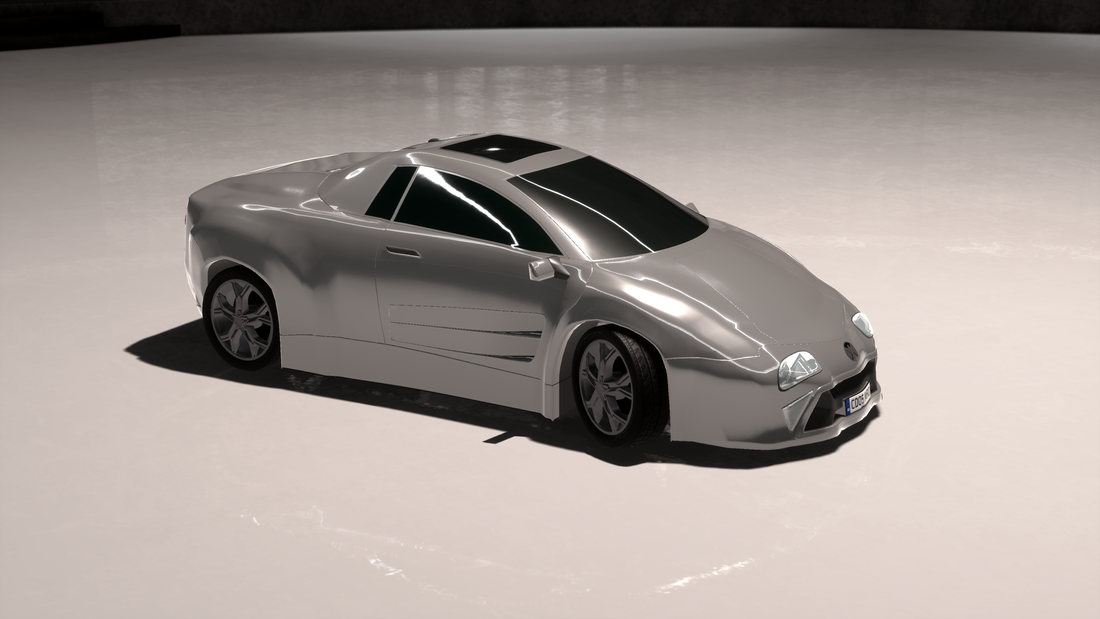 “To be kept out of direct sunlight”?

I stand corrected though, I wouldn’t call it bland.

But I understand correctly you (and your professional team of 6 other people credited as leading and assistant developers, correspondents, and technicians) are selling Automation exports as paid modifications for BeamNG?

No longer paid, @Private_Miros, just giveaways-only. I had to shut down my email intake because of some technical troubles. But still, I think we can agree that BeamNG.drive does make them look a little bland at first.

That being said, I am putting one of my newest cars in (created a few minutes before this edit)
Not to enter the contest, but just to let you see it and have fun with it.

The vehicle shown is the result of Rivelta Motori, Intl.'s comeback after the purchase of the once-ill-fated brand from Soldat by Barton Motor Co. of the US. The Samurai is the newest edition of the Crinale design, which was also purchased by Barton Motor Co. Concealed beneath the mid-engine bonnet is a 6.2 L V10 Soldat engine running entirely off premium ethanol. This monster carries a top speed of up to 257 MPH and emits a whopping 1031 HP. 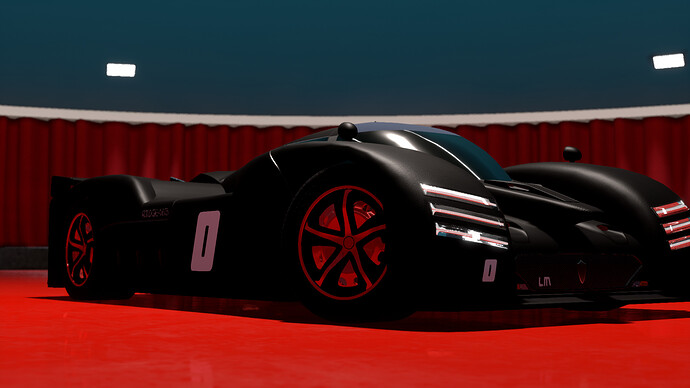 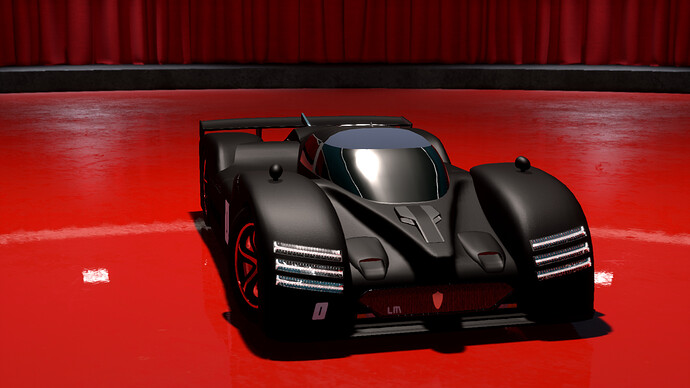 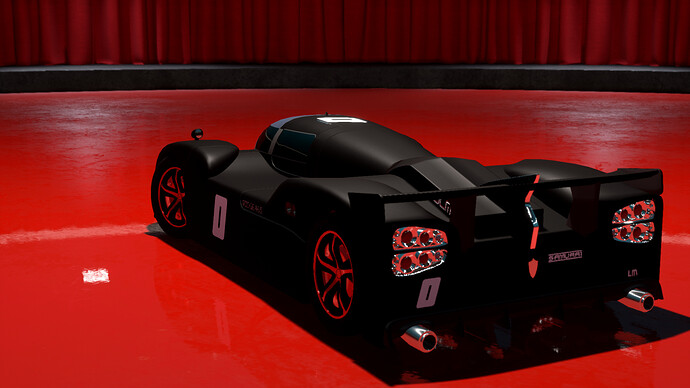 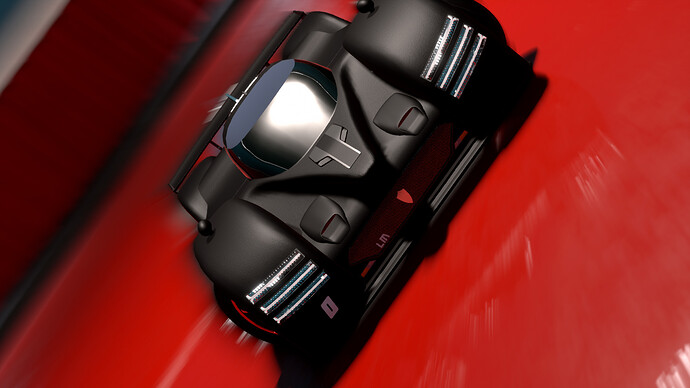 Sorry in advance for derailing the thread. I’m just putting this out here for clarification… As a salaried professional with not that much free time, there are two main ramifications: 1) my free time is valuable 2) it takes me months to finish a design with which I’m happy.

To put things into perspective if I value my free time the same as my work time (if anything it’s more valuable because it’s rarer but whatever) 8 USD equates to about ten minutes of my time. And a car I make for Beam export usually takes me 50-100 working hours. So that’s why even if the market value of something is “whatever people would pay for it” I would never put a numerical value on the worth of something I created with my free time in a video game unless there was a very specific demand.

I know you’re not actually selling these now but I know other people have an entire Patreon business model based on this. I just don’t get how people would think it’s worth paying for. Maybe that’s why I have savings there’s my ok boomer moment. And if I did want to pay for this, it would underscore that the market needs to provide icentive for me to pay for something. This means something with intrinsic value (already struck this one off), something beyond my resource or skill set (to be honest, no), or some other reason that evokes sympathy or a sentiment that I would want to support (which just about no-one in this community has ever made a good case for).

People need to really develop skills of understanding for what reason they would pay for stuff, as opposed to frittering what they don’t even make themselves for the sake of having shit. /rant

TL;DR: my impression is that I’m going to be too busy and slow to get a design done for this, plus there’s no incentive for me to seek the reward because we seem to work on different scales. So I might as well keep doing what I do because it won’t make much of a difference

Aesthetically, the Samurai is the closest thing on these forums to the rendition of the Crinale introduced in RR6 and later featured in RR: Unbounded. It definitely looks more futuristic than the versions featured in earlier games.

Nah, that’s alright. I only said the reward was just a little “Thanks.”

Holy shit this is amazing! @RidgeRacerRyanBarton Did you make this yourself?

Nah, that’s alright. I only said the reward was just a little “Thanks.”

Ok hold up there buddy something isn’t working here.

It’s been mentioned not once but multiple times now and it appears it is still happening. I’m not here to rain on your parade and destroy what appears to be a very good time you’re having, but you are continuing to ignore a forum rule on multiple occasions that has been brought up to you multiple times. I’m no mod, neither is our kind fellow Strop who has pointed it out to you, but we’re bringing this to your attention before it becomes an actual issue.

It is just as easy to edit a post as it is to create a new one. For the sake of forum etiquette and not annoying further people, I really highly suggest you start following the rules otherwise people are going to get annoyed with you, starting flagging your posts, blocking you etc. which isn’t the way anybody wants things to go. We’re a very friendly community, please don’t ruin it by doing something so simple yet irritating.

Thank you and good luck.

I apologize for the trouble, as I have said many times. The rules have been UPDATED.

See, @Cheeseman? I edited, just like you said. Next time, please encourage all other users and followers which are NOT part of the staff to follow them as well, for the sake of having a good time, as y’all seem so bent on encouraging, of which I am super-supportive. Just a little reminder. Thanks!

The drawing was today, and the winner is…
@schultzie! Thanks for being awesome. My computer took a dump the other day, so when I get it fixed I will PM you the prize. Thanks!