The Lore and history
Schnell is a German car company founded in 1947 which specialises in sports cars and luxury/executive cars along with average cars. They have also had been partly owned by the Hakumai Autos company, making them the biggest shareholder of the brand.
Eventually in 2000 it was bought by Hakumai for the sum of $250M, making it a subsidiary.
Schnell were known for making RWD/AWD Longitudional cars exclusively except for some exceptions, notably the L50 (2018) and the L4 (1978), both being predominatly FWD models. And the L4 being the first ever Front-Wheel Drive Schnell model mass-produced until the layout for them went absent for decades 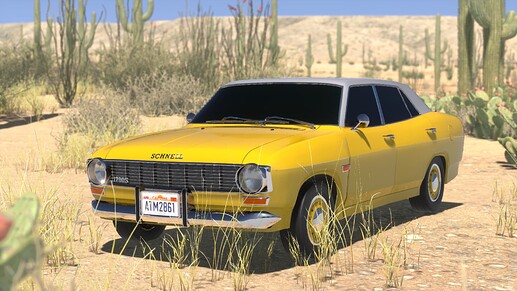 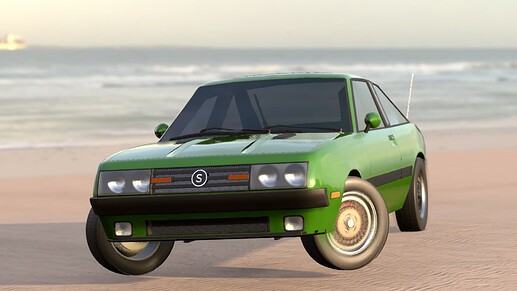 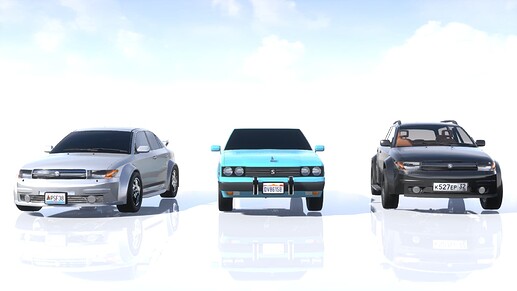 Schnell is a very interesting brand IMO so I will happily follow this thread.

I’m confused by the naming scheme - do those letters and numbers mean something?

No, its mostly meaningless to make their models seem bigger and sportier than they are

The N60, among other recent cars bearing the Schnell name, shows that you are certainly getting better at designing the exteriors of your cars (and the interiors as well). I remember this brand from CSR137, where your entry fared poorly on the engineering front - but hopefully you have learned your lesson by now.

I mist agree, it makes no sense.

Within this, the 1700 and 2200 referred to displacement while D8 and L4 and D4 referred to the amount of cylinders

Meaningless, other than the engine codes on most models representing displacement.

MY1989 Schnell LX35 LSi
Lore: It was a spiritual successor to the LX20 LSi, the first proper performance car from them bearing the badge. It now had a 3.5L V6 Engine with 256HP and a ungoverned 162MPH. You could depend on it.
It had a fatal flaw at the time for a brand that isn’t as budget conscious, an 4-Speed manual gearbox. It resulted into the car only having 50,000 sales for the 1989-1994 years it was sold. It also had a 0-60 of 6.1 seconds instead of the intended 5.7 during the design phase.
An lawsuit was involved in 1990 for a undisclosed sum for false advertising a 5-Speed manual when the car actually came wtih a 4-speed.
MK2 LX-series: 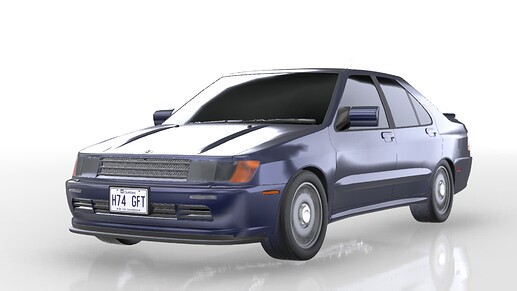 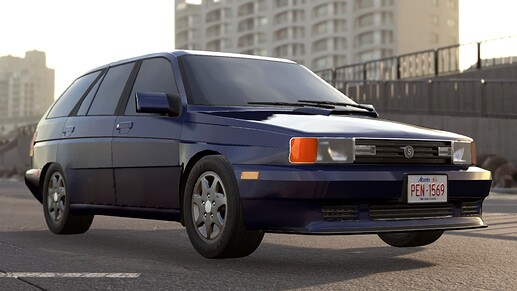 MY1994-1998 Schnell LX30 LSi Rally AWD
This beast is like no other, Made for weight loss and performance, this car does not sell on trim accessories. It has a 3.0L I6 with 233HP, 201Lbft and a 0-60 of 5.9S and a ungoverned top speed of 156MPH. Unlike the more performance oriented models,
This one has seperate foglamps for rally purposes as they are bigger than those on the regular models. And it has a more aggressive diffuser. Unlike an actual homologation car, this had 20,000 built. Unique to the car is the coloured stripes on the LSi Badges. It also has a undertray to protect the front of the undercarriage. It also does 19.8MPG (UK). It sold for 33,600AMU brand new in 1994. It also came with a 5-speed manual.
The LX30 was a direct replacement to the LX35. 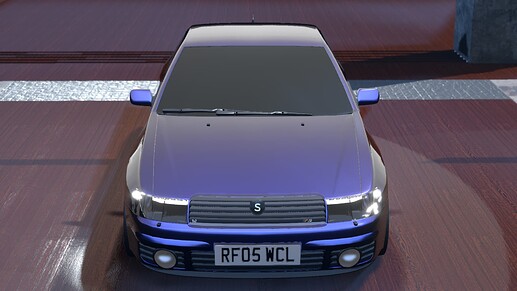 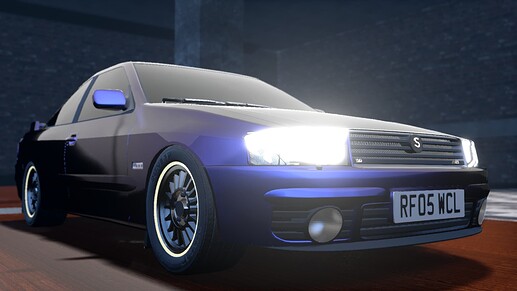 (UK model shown. Model varies. Specs are global-wide. Split up some of the legacy lineup into its own summary because it looked cluttered.)

The Quirky, the Wacky.

MY1975 Schnell C-1600
The workhorse that could. It was a simple car before the time of their luxury range making the LSi-branded cars far useless despite not wearing the badging but built by the engineers who make the same trims. It was a truck that did your hauling jobs. It also can do heavy loads (disclaimer: it is still a pickup truck with a 1.6 4-cylinder) 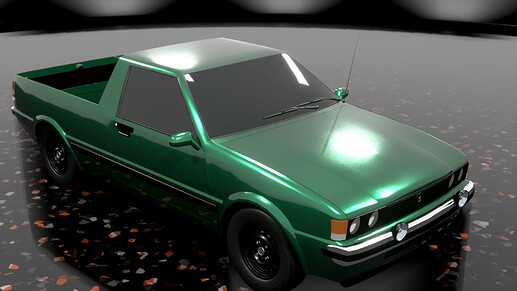 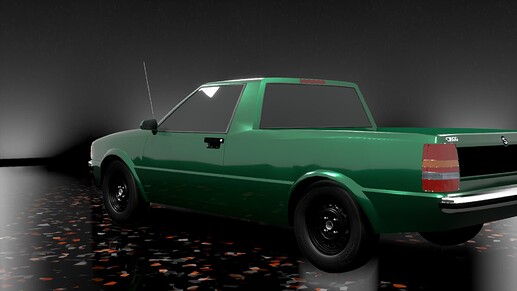 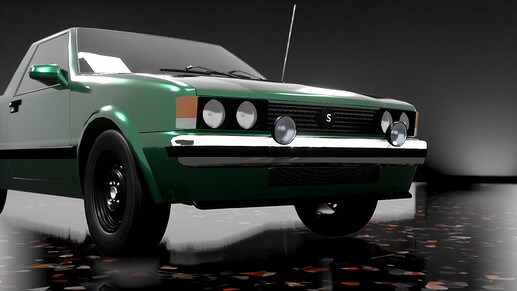 MY1995 Schnell XL53 V12 Luxe
Made for the smart businessman who needs to go to their meetings.
It even has a phone inside to make those important calls, if you want, your clients can also be chauffeured with a TV in the rear. The car also has some serious performance under the hood whilst also housing comfort, and style. Nothing can go wrong with a 5.3L all-aluminum V12. We’re always here for your needs. 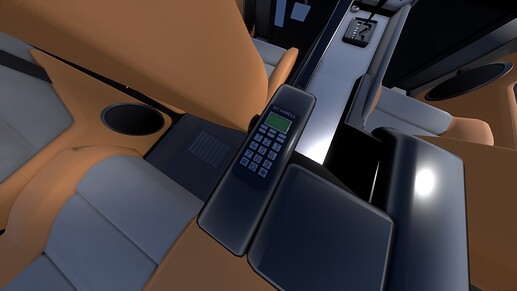 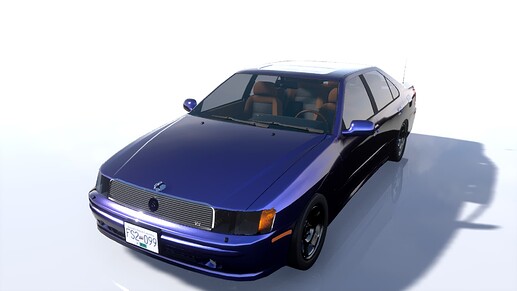 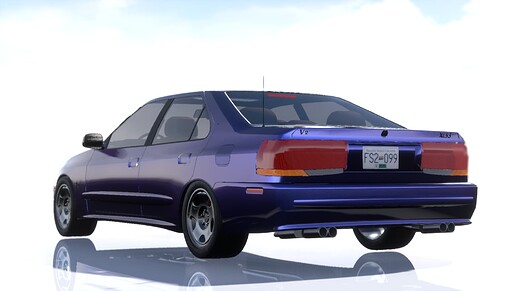 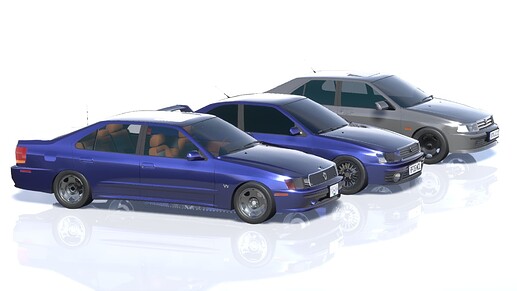 MY1965 Schnell New 1400
We’ve never designed a rear engine car before, Introducing the Schnell New-Series 1400. A car designed for the masses, by the masses. Designed to be affordable at 13200 AMU, and weighs 797KG. and it has a amazing fuel economy too! You won’t be running short soon. 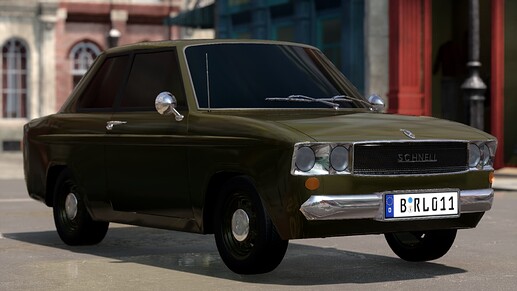 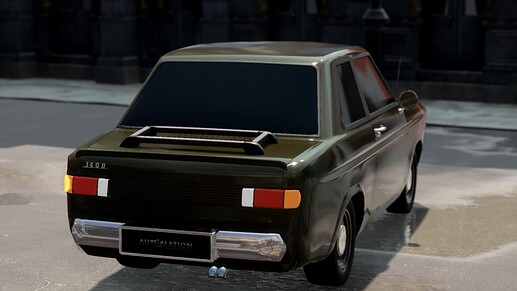 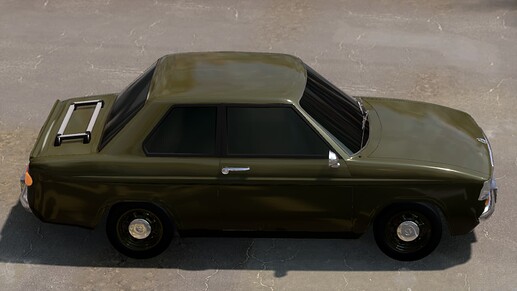 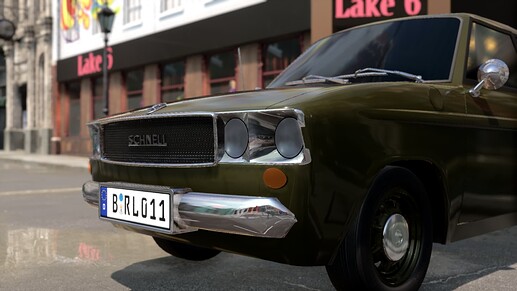 Thanks, I like putting in effort where i can into car design.

Each engine designed for this car was made by hand by a team of 10 people isolated from the rest of the assembly line for their other cars and the cars themselves were assembled in that area. It’s top speed was 206mph and was blisteringly quick to the point even touching the exhaust would burn you. All 25 examples were handbuilt without robots assembly

Each of the 25 Cars were specified to their owner’s needs. Some parts were shared among other models of the era but not as much. Even the keyfob’s shared with the entire model range of the time. Now they fetch prices up to 3.2M AMU due to how rare they became, 15 are currently known to exist due to some cars burning on fire due to the heat. One currently resides in a museum. 5 were sold in the Gullwing configuration. 2 were sold as cabriolets. The rest as hardtop coupes. Nicknamed the “Speed of Death” as the fires also included mostly deaths and burns. Only one Targa version was ever made for this model. 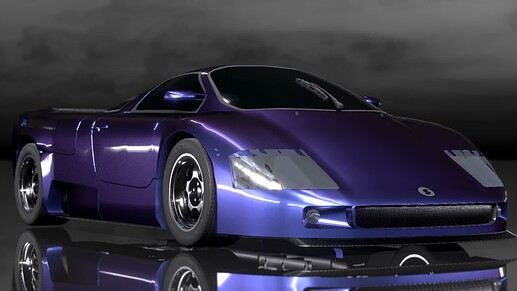 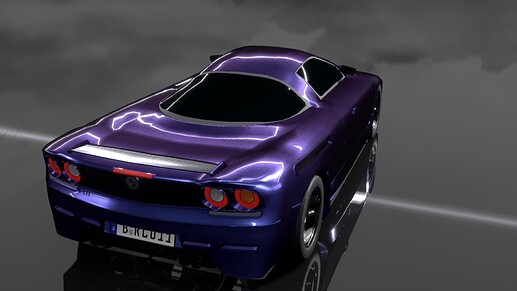 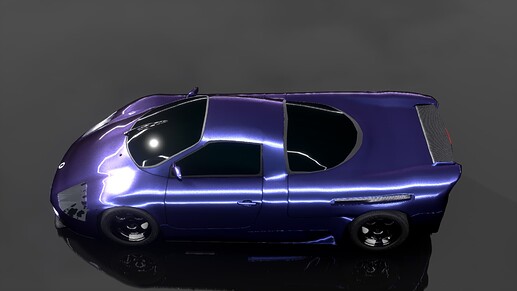 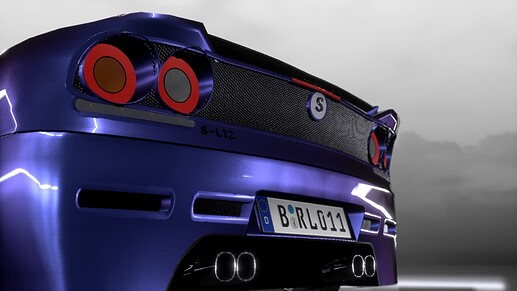 It seems to me that this car was designed more for performance records than for people.
3.2 million dollars is still an unaffordable sum for the average person.
For such a price you can buy a house in a Hollywood penthouse or Las Vegas.
Despite the accidents, the owners continued to use the car, because there was no internet at the time, and there were no recalls from the factory. Nevertheless, this did not ruin the reputation of the company, as there were very few supercars produced.
The body strongly reminds me of the Zonda, which was also produced in limited edition.
Verdict: MY1995-1996 Schnell S-L12 is good as a model for collectors, to give status to the owner.
Because the paint in Automation has too much glare, the car looks very futuristic, as if the car has been polished a lot.
And this is quite a big problem, because the player has to find the right angle to take the picture.

It is that one Caspita? Body which basically is a Zonda. I wanted to use others but they weren’t more or less fancy enough in my eyes. It is a performance car, hence it has no radio or a basic interior to further make it limited.

MY1985 Schnell LX-6
One big corporate failure for mankind, their attempt at an offroad vehicle which was suprisingly worse than their competitors, was built as a transitional vehicle into the curve era but has only managed to sell 11,000 units around the world. 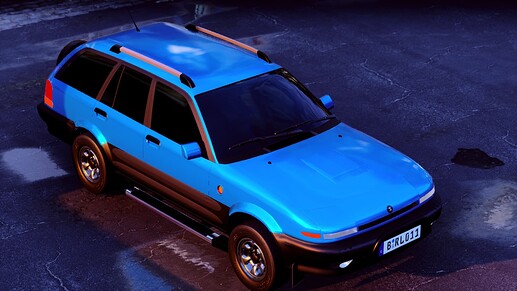 Cool front end design. I wonder, what made it such a sales failure?