Scroll-select through layered fixtures on car

It’s a little thing but it bugs me quite a bit:

Whenever dealing with multipler fixtures layered over one another, inevitably some of them will end up ‘‘covered up’’ entirely by others. I can achieve the visual effect I am looking for with enough tweaking, but the problem is that despite being on top, some fixtures can no longer be selected.

Whenever that happens I have to move everything out of the way until I am able to access the fixture I was looking for, despite the fact that it was visually on top of other fixtures. For example, reflective strips cut into bumper bars.

It would be nice to be able to highlight fixtures placed on the car by layer or somehow scroll through layers to adjust the fixture you want without disturbing everything around it to access it.

I hope this screen will help illustrate my problem better: 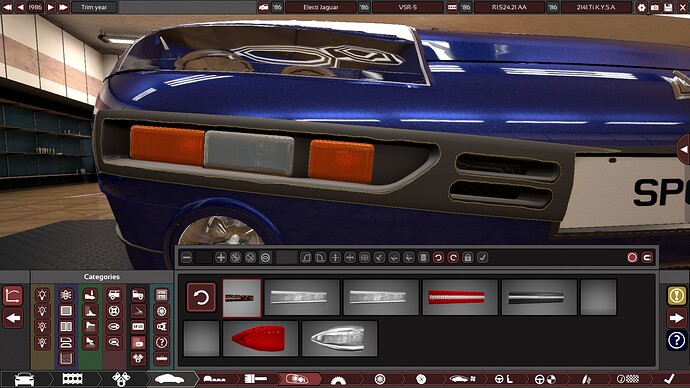 In the above screenshot, the light fixture and vents are layered on top of the bumper bar yet becuase they are surrounded entirely by the bumper bar, I cannot select them without having to move the bar out of the way first.

How much of them game would have to be broken to alter this behaviour? Is there a workaround I am missing? It’s not a massive issue, it’s just a little tedious at times.

Huh, I didn’t know that but that seems to simply scroll through every single fixture which isn’t exactly what I was talking about. It might come in handy though.