I’m mostly creating this thread as a way for people to point out bodies with unusual seating issues (such as very large bodies with only a .5 rear row) so they don’t keep getting buried over on Discord when people mention it.

If you have a body that seems like it should have more seating options, or less, please post an image of the vehicle trim in question and include the editor name, such as Rouen_46_Fastback_Ect and include what you believe should be changed. It’ll be much easier to keep track of here. 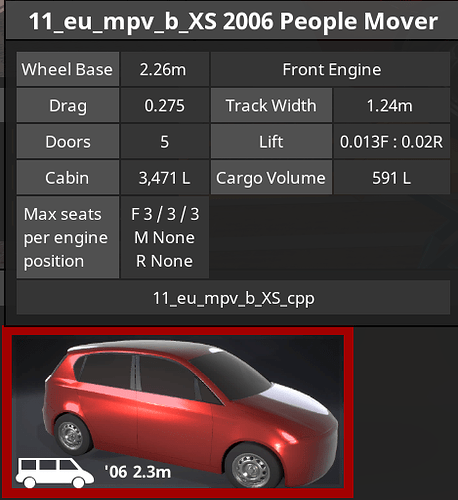 All 2-door coupe variants of the E90 Corolla body (except for the smallest version, with its 2.3m wheelbase) can only seat +2 occupants in the rearmost row. 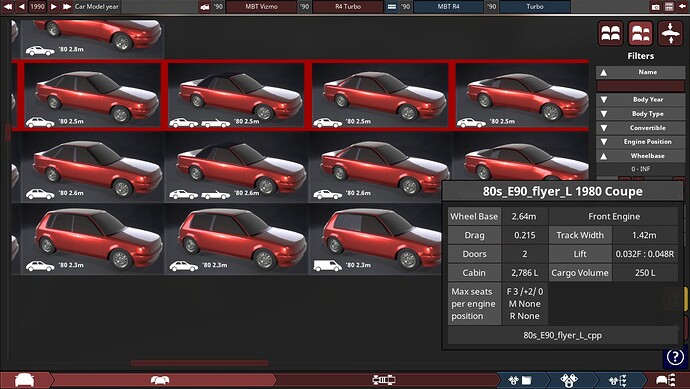 Ideally, the rearmost row should be able to accommodate 2 or 3 full-size seats, especially since the larger body sets look most likely to fit that configuration. 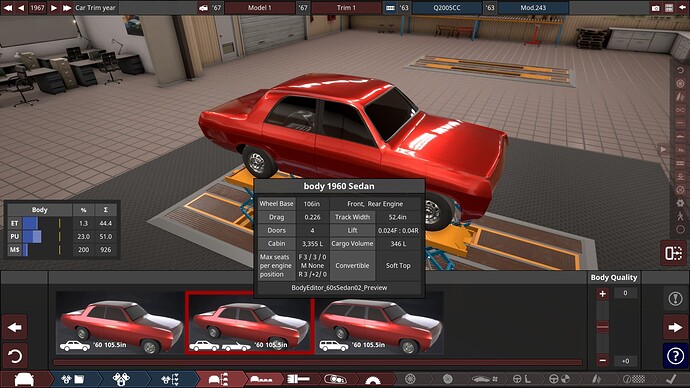 Just so I don’t forget to add this later. Body isnt actually a soft top. 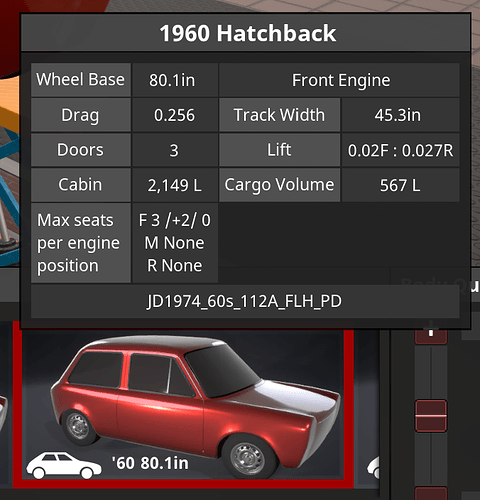 The 2-door coupe version of the smallest '98 pony car body set and both 2-door versions of the E31 body can only accommodate +2 seating in the rearmost row each, even though they look big enough on the outside to have at least 2 full-sized rear seats. 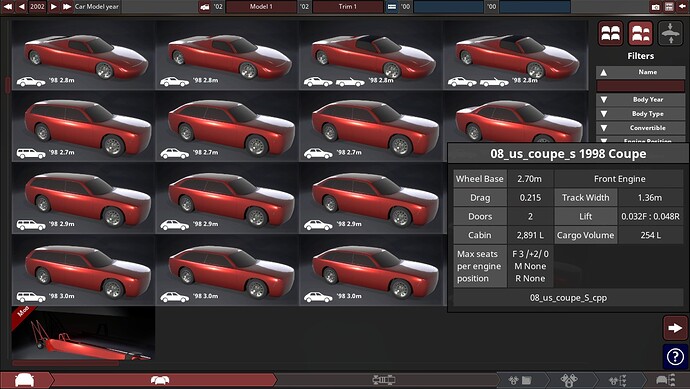 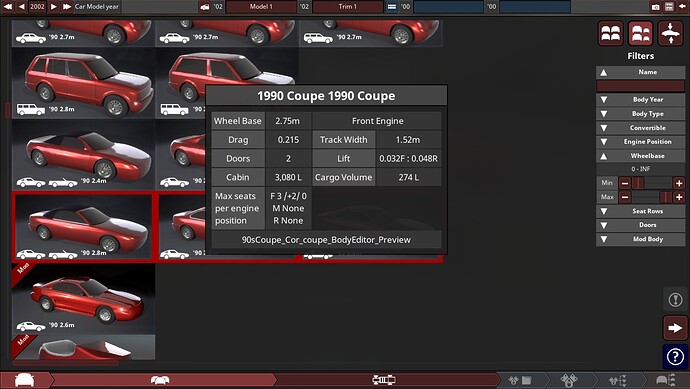 I could, but it would be for a different type of issues altogether. This is mainly for the seating issues and not the whole “body has bad morphs, and this is also 4.1”.

Just want to say, I did submit these cars for change/review, but I doubt this is everything that is wonky with the revised seating system.

You should expect to see these changes in the next patch by the way.

All of the Rouen_46_Estate_[3DR/5DR] should probably be looked at.

Currently, only the 2.8m (standard) wheelbase model allows 3 rows of seating. The others, including the longer wheelbase versions, only allow 2. 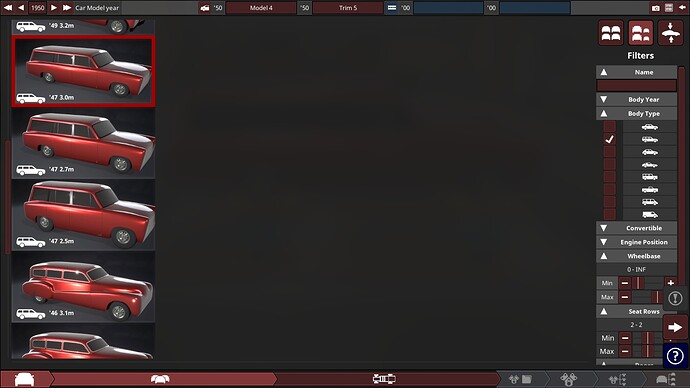 Actually, if you search for wagon bodies with 2 seat rows and 4 doors, there are tons of cars that show up, most of which probably ought to allow 3 rows. Maybe not full rows?

I was looking to recreate the Buick series 90 Limo, which had 3 front seats, 3 rear seats, and 2 fold down seats in between. Not sure how that would be implemented, as I think 8 passengers was more common than 9, but I guess both could be allowed.

In addition to the above, the 47_[24/26/2831]_Bumerica_Coupette 4Doors and Rouen_46_Fastback_4DR_[Wheelbase] plus the convertible variants should have three rows. At least the longer wheelbases should, but I suspect all of them ought to.

The naming schemes of these models are really messy, but if it helps, here’s a list of the non-wagon bodies that I think should have three rows: 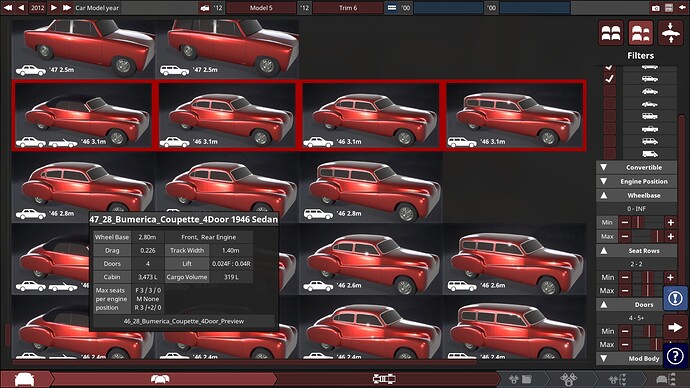 For wagons, there are far too many to name. Suffice to say there are currently a ton of 4 door wagon bodies with only 2 allowed rows of seating.

Dropping my doc on the Rear engine seat issues and stuff that I’ve found here so it’ll be in 3 places. Formatting is not as easy to read because it’s the .txt file, but all the data is still there

I mentioned these before, and if I remember correctly, I was told no for these specifically.