I have a question about the current body types (coupe/sedan) specifically that currently they are mis-tagged - a lot of sedans are marked as coupes, and vice versa (1985 Coupe, 1970s things Rolls Royce looking to just name a few). I’ve heard on the discord that it was a conscious decision in 4.0. What was the reasoning behind it? I’m asking here so that at the very least the answer would be searchable/findable/linkable, as the discussion thread on the Discord is already lost.

As it is currently, in the campaign:

I always liked to have a single model covering Premium/Luxury/Convertible Premium/Convertible Luxury/GT/GT Premium, with three trims (sedan, convertible, coupe). Of course I wouldn’t expect one model to be as good as two/three more specialised models, but not via some artificial modifier. I should be able to use single platform for those markets, at a price that smaller, GT based sedan, should be less comfortable/smaller compared to a dedicated luxury sedan. And vice versa.

Toyota GT86, Toyota Supra, BMW M2, Mercedes C63 Coupe, BMW M6, Mercedes S63 Coupe are all coupes. But they appeal to different markets as they are progressively less and less sporty (heavier), while more and more practical/comfortable (larger). In the current system, where would you draw a line, which bodies (platforms) are coupes, which are sedans?

I’m guessing there is some good reason behind this, but I can not see it

Many of the sporty categories desire a coupe body, so a very low and rakish 4-door car marked as a “coupe” can still appeal to those markets without penalty, while offering additional practicality for other markets. Similarly, a 2-door “sedan” would make sense for the more high-end luxury markets, which desire a sedan body but don’t care much about practicality.

The distinction is rather arbitrary, for sure, but I think the underlying logic is sound. A smaller, GT based sedan (Aston Martin Rapide) is not only smaller and less comfortable than a dedicated luxury sedan (Mercedes S-class), but is fundamentally not what a “traditional” luxury buyer is looking for. After all, a traditional luxury buyer is looking to be driven around in the back seats, not drive himself. Of course not every luxury buyer is like that, that’s why we have markets like Fun Premium and Sport (which allows up to 5 seats).

Have you seen S63 Coupe? It doesn’t look to me like a car to buy to be driven around int the back seats

Can you try to quantify, why S63 AMG Coupe or M6 are worse GT cars compared to Aston Martin DB11 or Bentley Continental GT? They are different in a number of aspects like:

But those things are already covered by the existing Automation’s mechanics. Why should the S63 Coupe and M6 be getting extra 15% penalty, just because they are based on a sedan platform?

Many of the sporty categories desire a coupe body, so a very low and rakish 4-door car marked as a “coupe” can still appeal to those markets without penalty, while offering additional practicality for other markets.

That’s currently not the case (AFAIK). 4 doors coupe in the game currently doesn’t give you any bonuses whatsoever over the 2 doors coupe.

the coupe/sedan tag serves to describe the intended purpose of a car body.

I get this argument for things like MPV, when game is missing some mechanic to express the purpose of a car body for the given segment, as there is currently no way to quantify ease of accessibility for example. Or for things that are indeed body type related, like convertible top or… number of doors. If segments wants 4 doors, 15% penalty for 2 door bodies makes sense to me.

Coupe is specifically for sporty 2 (or more recently 4) door cars that would be desired by buyers in sporty demographics since body tags affect certain markets. Basically, these are coupes for that reason: 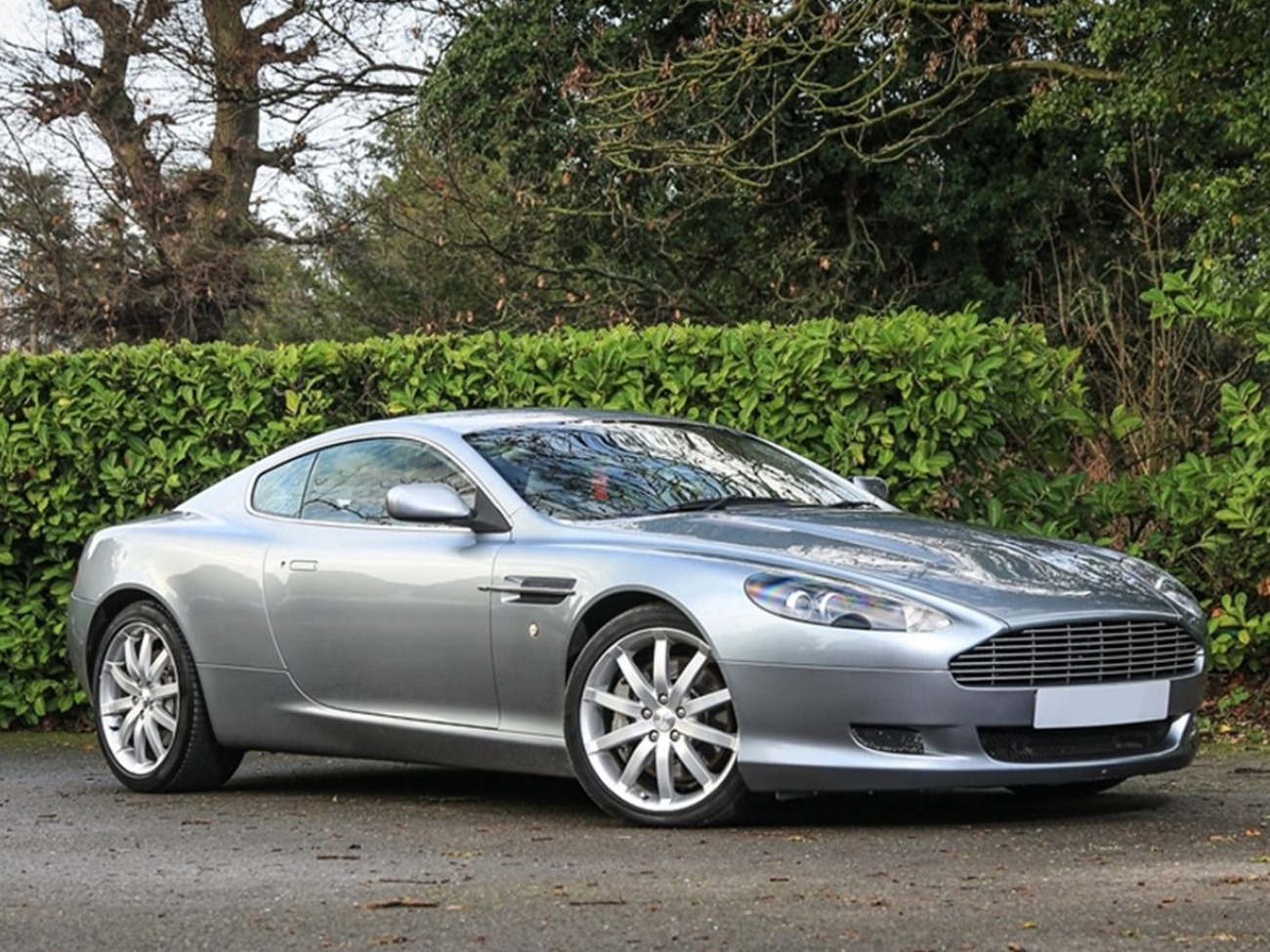 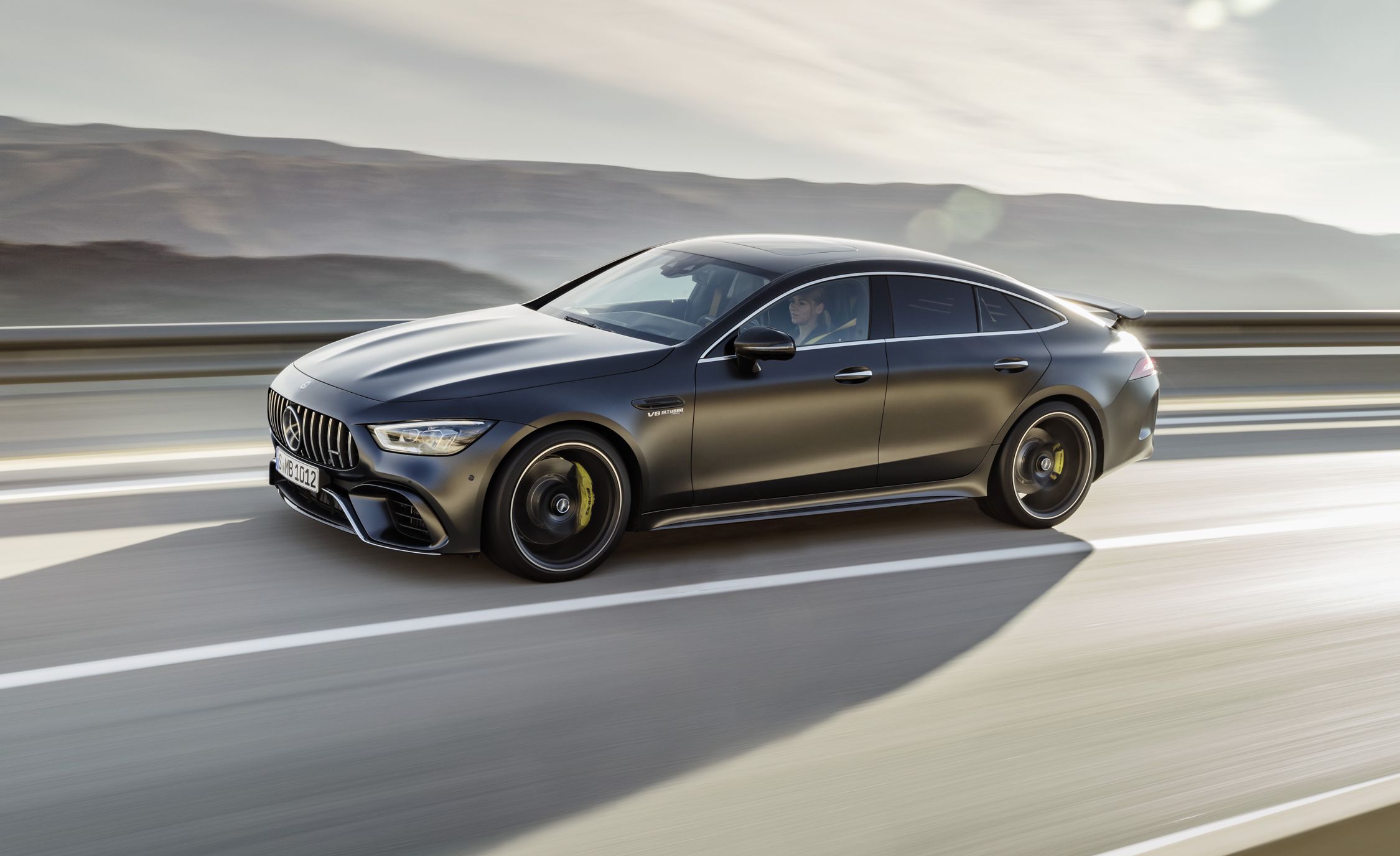 And these are sedans as their shape is that of a 2 door sedan and not a sporty coupe body: 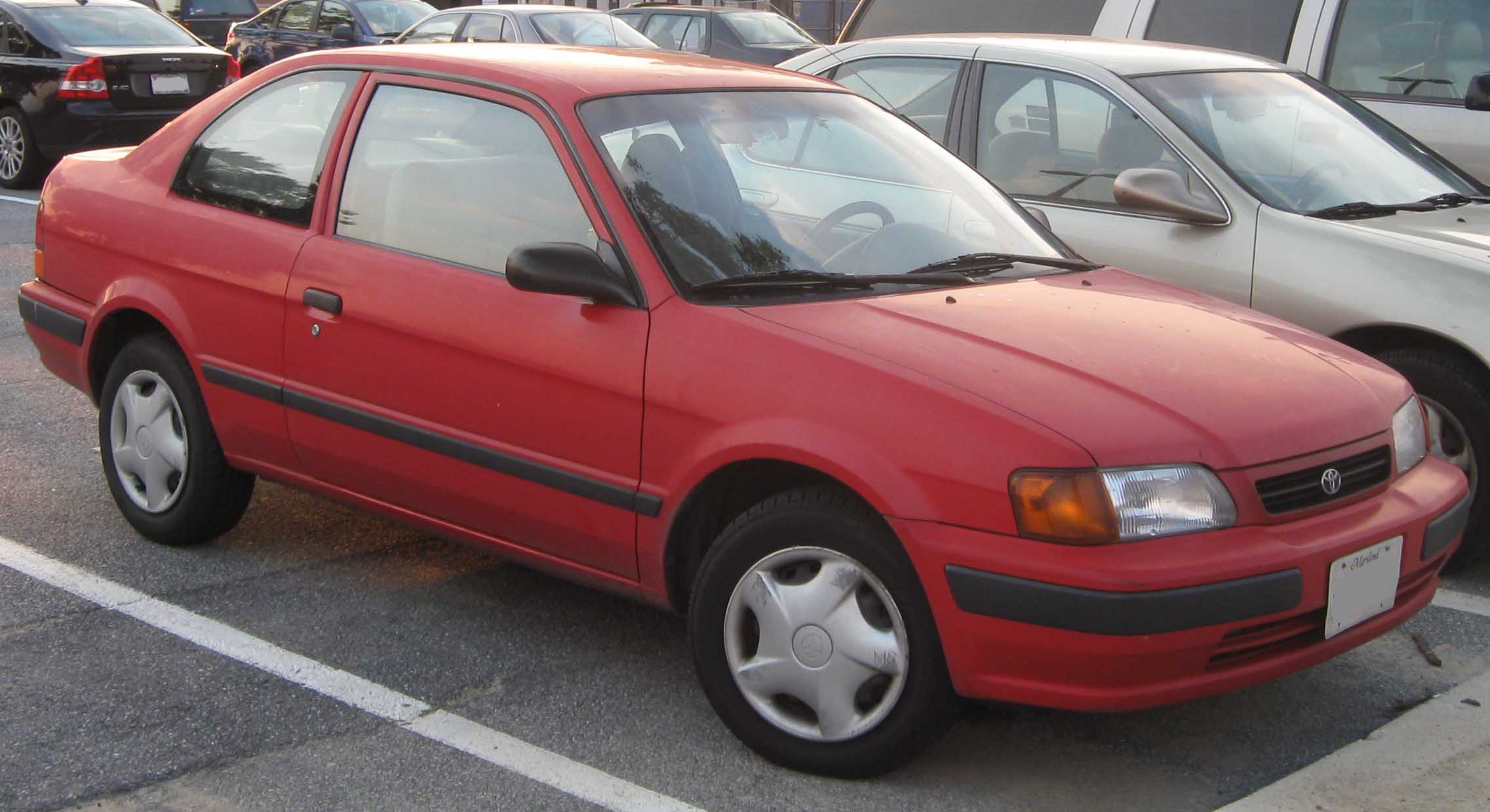 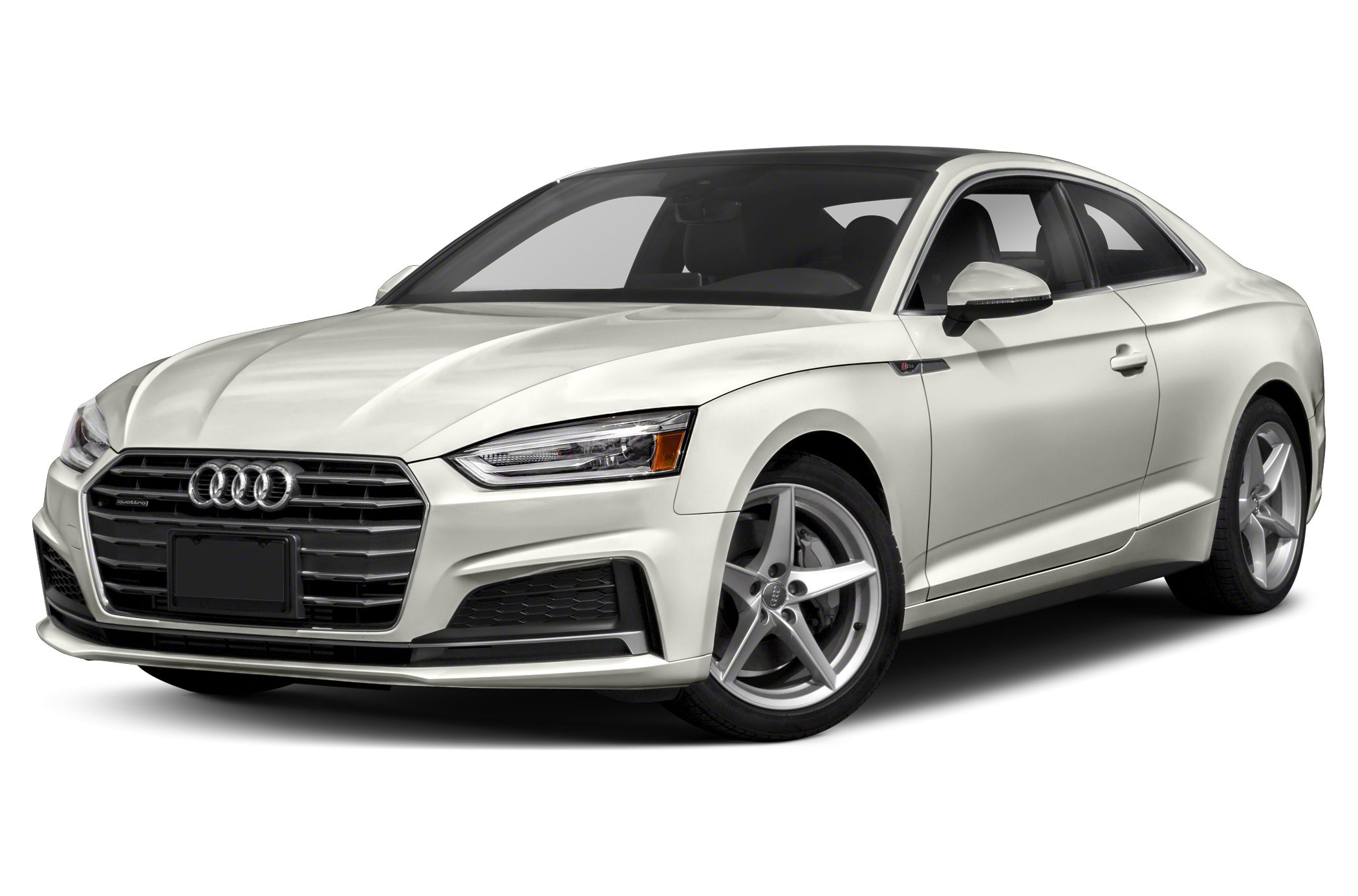 In my opinion, the S-class Coupe and 6-series should be correctly classified as coupes (and thus I would argue the Audi A5 should be a coupe as well). Although based on a sedan platform, they have a lower roofline and are marketed towards sporty demographics, i.e. not people who would be driven in the back seat.

Similarly, a coupe-based 4-door GT (Aston Martin Rapide) would also not have any penalty in the GT market, and would also be penalized in the Luxury market.

That’s currently not the case (AFAIK). 4 doors coupe in the game currently doesn’t give you any bonuses whatsoever over the 2 doors coupe.

A vehicle with 4 doors gets a higher practicality score than a vehicle with 2 doors, regardless of whether it’s marked as a coupe or sedan. Most sporty markets don’t put a high emphasis on practicality, so having 4 doors might not boost your score in them. However, having a higher practicality score does increase your appeal in other markets besides the sporty ones. This may increase your total vehicle sales (by covering a wider range of markets) even if it hurts your score in the sporty markets. I think this reflects real life accurately as well.

@thecarlover I see a couple of issues with what you have written.

And I think you are missing my point. Frankly, I don’t mind that much how are you going to tag a body, as long as the game is playable. But with the recent changes in 4.0, I think the campaign became less playable.

From your post I presume, the issue was that you didn’t want Toyota Tercel Coupe or Audi A5 (S5?) (RS5???) to be “sports” car in the game. Was that the prime motivation behind the changes in tags? Then I will repeat my question, can you try to quantify why you wouldn’t consider those as sport cars? Is it because of FWD, understeering nature, high, comfy suspension and relatively high weight? Am I missing some other reason? Why haven’t you tried to tweak the market preferences or how the scores are being calculated instead?

heavily constraining possible (and historically accurate!) playthroughs, when the campaign is already constrained by the number of available bodies (like The Big Gap Of Mid Engine Cars: 1970-1990). And this added confusion. And maded it inconsistent, as some bodies (like the new in 4.0 1995 Japanese) have Coupes/Sedans tags as they were in 3.7.

Couldn’t we follow the historical path of labeling 2 door bodies (at least vast majority of them) Coupes, 4 door bodies as Sedans, while somewhere in the 2000s start introducing extra 4 door Coupe bodies?

PS2. @phale thanks for pointing out that 4 door coupes have higher practicality

That makes sense both in real life and also from the gameplay perspective.

Thecarlover is not one of the devs

Yes, I know. I miss worded a couple of sentences

I’ve reworded my message a bit to made it less confusing.

The game is not a 100% reflection of real life markets/categories, so comparing it directly to that isn’t ideal. As far as the bodies go, those that are designed as effectively being a sedan with a couple less doors keep the sedan tag compared to those that were not designed as a sedan counterpart or have an altered roofline that sacrifices space/practicality for a sporting image. A lot of the Automation two-doors don’t have that altered roofline like real cars, hence the sedan tag.

I’m not a dev but I did offer some feedback when the body tags were being modified. Part of the reason for this was to avoid people having several trims of a single model covering a huge number of markets ranging from the mundane to the sporty and forcing the creation of more models to cover those markets. That way a two-door version of your boring midsize sedan won’t easily score highly in the sport category. The game’s body selection is ever growing, so do expect more coupe bodies to come in down the line and fill the gaps that the changes have left.

Part of the reason for this was to avoid people having several trims of a single model covering a huge number of markets ranging from the mundane to the sporty and forcing the creation of more models to cover those markets.

Which pushed the balance into making loads of models which often have just one trim. I’m not saying the idea was bad, I just miss more reasons to make several trims. It feels like some Toyota simulator when I have just one or two trims on a mainstream, versatile model. I think I have some bit of an idea for that, but I’m already too sleepy for that now - even thinking of the word “versatile” took way too long, both in Polish and English

Thanks, for more explanation. Same as @Hshan, I’m still missing a bit of context or reasons to understand this decision in full, but it’s good to know there are some reasons

Part of the reason for this was to avoid people having several trims of a single model covering a huge number of markets ranging from the mundane to the sporty and forcing the creation of more models to cover those markets.

As I mentioned before, besides it being confusing, the biggest issue for me was that it broke the immersion of my gameplay. I was trying to follow some path (Rolls Royce SZ platform), and game didn’t allow me in a very artificial way to do something that I was expecting to be natural. And when I realised about it, I had a bit of a table flip moment. Maybe if the goal is to have more models, there are a better ways to direct players in that direction?

Another remark is that having more models doesn’t work well in the game. At least for me, at least for now, due to various annoyances, UI/tools limitations and some mechanics are making late game with many models significantly less enjoyable compared to the early game. I’m talking about managing factories, aligning projects together and sales forecast ignoring overlapping models. If you really want the players to have more models in close by demographics, IMO improving sales forecast should get higher priority to get fixed.