ok, so i checked the FAQ and did a search, and as they have found nothing, i shall ask it here. Will we be getting short-long arm suspension types? as an auto tech student now i have been seeing them in quite a few places, including the front suspension of RWD pickup trucks, and the front suspension of ladder chassis RWD vehicles, for example a third generation Caprice. according to my automotive textbook, it does say that it’s primary reason for existing is ensuring proper alignment angles when going across bumps, so perhaps it’s purpose can be for adding comfort at the cost of sportiness and maybe a little drivability (since the same textbook also states “This is OK for straight ahead driving, but not OK when cornering. Having arms of the same length would result in incorrect positioning of the tire in relation to the road surface since the body tends to roll. The body roll would tilt the wheel outward (toward positive camber) at the top, reducing the tire-to-road contact patch, which reduces traction.”) Let me know what you guys think about it, since i thought i’d just mention it after seeing quite a few of them in real life and wondering why it’s not in the game (of course if there is a reason i’d love to know)

So that explains why American cars couldn’t corner for decades

quite literally, that is the answer

It can be setup for any camber profile you want depending on the exact length and positioning of the arms.

Also, it wasn’t the reason why American cars handled horribly, otherwise it wouldn’t be very common in super-cars. 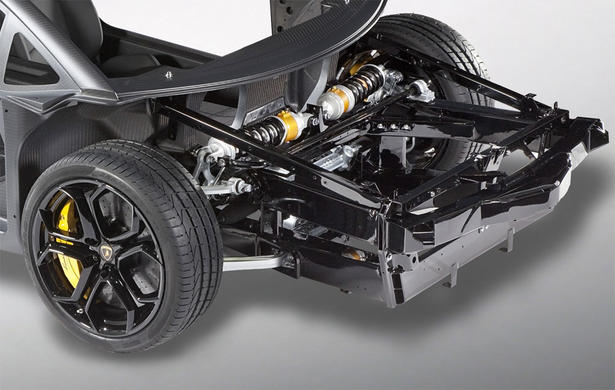 The reason why American cars handled like crap is due to the horribly soft suspension and heavy weight.

But… SLA is just your average double wishbone setup, is it not?

both in class and my automotive textbook treats them as two completely separate systems, if i can find a good reason why i’ll let you guys know, if not feel free to pretend this never happened

I decided to try rereading the OP (moar paragraphs plz)

And you say yourself that equal lenght DW would suck since bodyroll would cause positive camber on the outside wheel (which, as you said, is bad), which is why the vast majority of DW setups are SLA.

If I remember correctly it is a common term for SUV/offroad double wishbone suspensions.

Not even joking, that was copy/paste straight out of my textbook

Edit: after re-reading I get what you’re saying now, yet, like I said, everything I seen so far in my class shows them as something completely different. I do remember the model SLA cut off from the caprice looking nothing like a double wishbone suspension. When I get the chance I’ll pull the example graphics from my textbook to try to visualize the differences.

Then I probably don’t remember correctly

Did it look somewhat similar to this:

no, instead the strut assembly was bolted directly to the upper arm for a major difference (going off of memory from the caprice suspension). ido know there are more differences, but I’ll have to look at it side by side when I return to class tomorrow

Could you take a picture of the model?

My attempts at finding info on google don’t show anything.

The only truly weird thing I found while searching for GM cars of that era was this setup used on the third-gen F-Body (Camaro/Firebird): But in the end, even if it looks wonky, it seems to just be a McPherson strut with the spring mounted like on a lot of cars with DW front suspension.

It definitely does look closer to that, I will try to get a photo but they have strict no cell phone rules so my best bet is probably trying to get there before the teacher

From my understanding, the American style “SLA” suspension uses a traditional upper wishbone, and a single-lateral link on the bottom. Though I have also seen double-wishbone suspension labeled as “short-long arm” suspension.

^“SLA”… that I can’t tell apart from double-wishbone".

Here are the pics as requested. And as to how I know it’s off an '89 caprice, it’s written on there with a sharpie, it’s just out of view of the camera, if you want any other angles let me know and I’ll try to get them tomorrow. 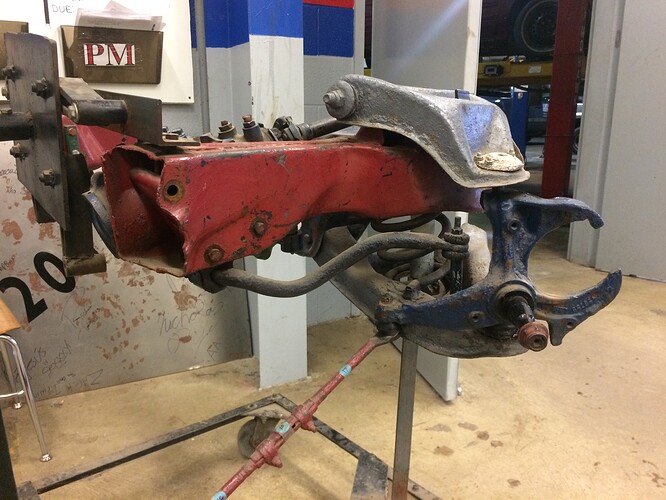 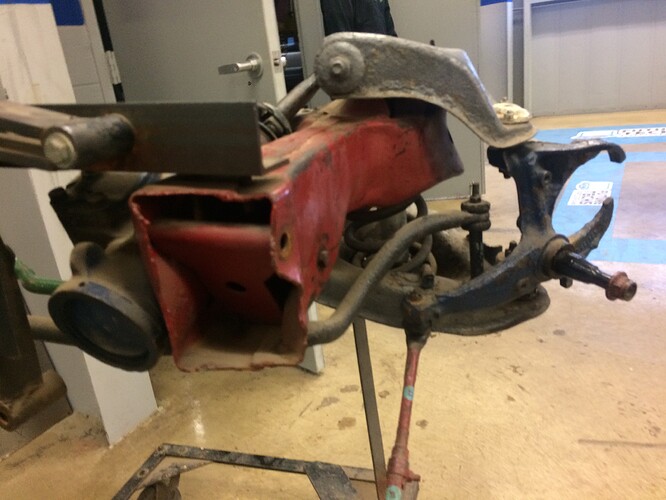