I know the UI is a bit full, but I think the addition of a “quick test” would be great. Instead of having to click the Testing tab and “Start” then “Skip” to get some results, the single click would make it much easier to see the results (perhaps on a constant results frame set behind the part info panels that you can hide,) and make quicker adjustments. The testing tab can show the power curves and do the revving animation, but when you are trying to make small tweaks, clicking back and forth gets very tedious.

I also would love to see some sort of “undo” button so you can undo anything you changed since the last test you did.

the undo button sounds a very good idea…im sure i would need to use it!!

I do quite like the idea of an undo button, but I can’t think of a very good way of presenting all those test stats that take up most of a tab in themselves, without having to… well… go to that tab

Yeah, I know it would seem a bit crowded. Maybe just some condensed stats showing only the items that are affected by the change. It seems a bit nitty gritty I suppose, but like I said, having to go back and forth between the test tab to start/skip the test, and the other tabs to make adjustments can get quite taxing when you are doing some fine tuning. Still loving the game so far either way.

Well, besides that this is a good diea, I would say you need to make some ‘effort’ to get that perfect engine

Or thiongs become too easy

Well, besides that this is a good diea, I would say you need to make some ‘effort’ to get that perfect engine

Or thiongs become too easy

Hehe, I don’t think using the UI should ever be judged as “Effort”

Well, not really saying using the UI should be an effort, but finetuning should be

Because this is a game and it’s a virtual finetune, of course it happens through UI. But I’m not too sure about putting a lot of elements on the main user interface. Another windows just makes it more overwhelming and you don’t want to end up with a screen full of information which doesnt give you a clear indiciation where to start. It’s really hard. Check out this game I played before but gave up after TWO WEEKS of trying to play it… it was really overwhelming/ 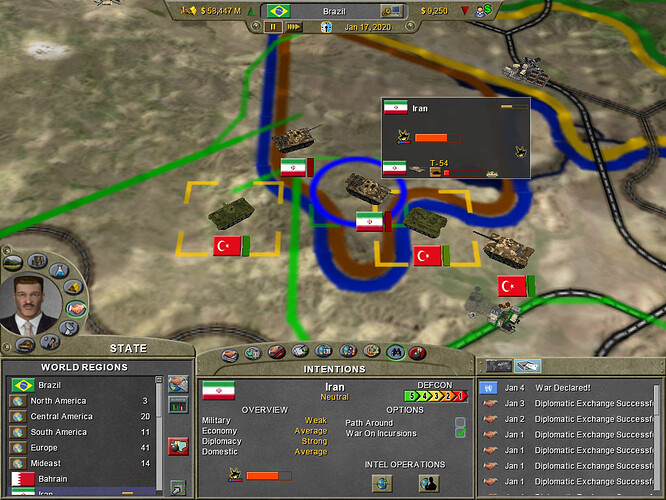 Within all those tabs near that President figure, and the center middle, it opens menus with quite a lot of information in the middle center console and even more tabs in there to do even more important stuff. Put over 20 hours into that game and I still don’t know and was searching for 10 minutes for an option to change the value of.