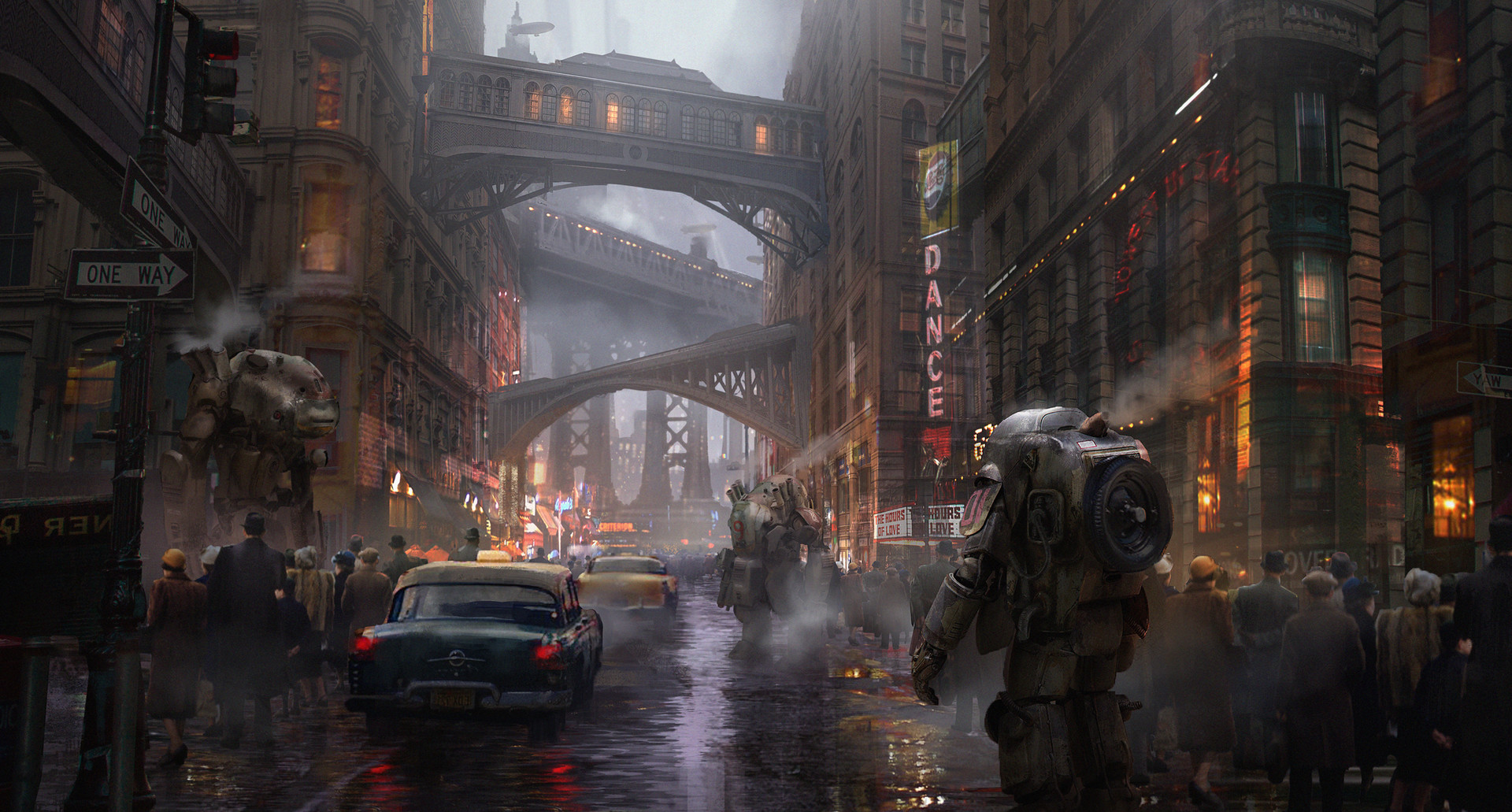 Henry Maverick is Diesel City’s most recognised private eye, a distinction that has probably put him into as many sticky situations as it’s saved him from. It’s also gotten him a few high profile clients, also a blessing and a curse. His last client was one of the city’s corporate oligarches who was looking for answers on his daughter’s disappearance that could not be provided by the official police investigation. Henry found that she’d been taken. He then tracked down her kidnappers and finally reunited her with her family after a long and arduous week. The problem is that this case cost him his car. When he was rescuing the girl from the ship that was to take her across the ocean, one of the co-conspirators saw to it that his car got crushed by a shipping container. This was the curse, the blessing is that the oligarch was so thankful to have his daughter returned alive and well that he gave Henry a very generous bonus on top of his usual payment.

Henry is going to use this money to buy a new car.

His previous car was one he bought on his policeman salary before leaving the force due to ‘creative differences’. As such, it was a generic and inconspicuous coupe. With his recent bonus, he’s looking for quite an upgrade in terms of transportation. The 2020 model years are out now and one of them should be the only partner he needs.
Henry thinks that something a bit faster and more agile would help with the occasional case where time is of the essence. However, he still likes the inconspicuity of the old car. It was perfect for stakeouts and following suspects without being recognised. So maybe this new car shouldn’t be too flashy, but he doesn’t want anything very boring either. Moderately stylish is a good medium. Another consideration is the requirement for a proper back seat and decent trunk space. A private eye still has some practical requirements as well. It also has to be comfortable with a decent stereo for those long stakeouts.
Thinking even more deeply about it, Henry considers that too low a car will hinder him in getting to certain places. A gas guzzler that’s expensive to service will also be an issue at times when money is tight. What he truly needs is a reliable and well rounded car to get him through the day to day grind, but one that can also be the sidekick he needs in a tense situation.

So I’m shaking things up a bit this round by placing it outside our own timeline. In case it wasn’t obvious yet, it’s in an alternate timeline where the dieselpunk style is what’s the “present” looks like. This means a design aesthetic ranging from post-WW1 to the beginning of the atomic age, but with modern technology. Basically, what a classic design could look like if they had the modern technology of the present. That means things LED lights, aero components, big rims, etc. I’ll post some examples to clear things up.
No need to be bound by lore! It will be cool to see what an existing company could look like in this aesthetic, but that will not be a judging factor.

Max price 50,000 at 50% markup. This is a hard limit, do not go over it. Going lower will be appreciated by the buyer but be aware that he is willing to spend the entire amount if that means getting the perfect car. A lower price should not come with any compromises.

No ET/PU limits, but please be reasonable. I reserve the right to disqualify a car for quality slider abuse.

Stereo and minimum 2 rows of seats required with minimum 2 seats in the front row.

Ad required showing the car with make/model and price.

I’m not looking for min-maxing, so try and be realistic within the world outlined by the brief. Ridiculous engineering decisions are frowned upon as this dieselpunk theme is based around the aesthetic of the cars rather than their engineering.

These are just examples, be creative!

Just to be clear since there seems to be some confusion already: it’s only a dieselpunk aesthetic, keep the mechanicals comparable to real modern cars and fitting for the body you use.

I need to get a file of the car sent by PM and the ad posted before this deadline.

Announcement: Since I don’t know how the impending update will affect the game calculations, I ask that everyone wait for this weekend’s update before submitting their cars. This should give people a fair chance to edit things if needed or to prevent already submitted cars from breakng. If the update causes serious issues, I will see about extending the deadline to ensure that there is enough time to properly build some cars for this round.

Original CSR ruleset can be found here: The Car Shopping Round Rules and Stats

You have forgotten to mention a few additional requirements. Among other things, will we continue to use UE4 R5 as before? And what fuel types can we use?

Body unlock year of 1955 or earlier

This seems like a restomodding contest… I am intrigued.

Whoops, forgot the fuel. At his point UE4 should be a given unless otherwise stated, but I added that too.

And it’s not restomodding at all. Read the brief before commenting.

I’ve been playing a lot of Fallout New Vegas lately, so… I think I may have the general design theme in mind. Count me in.

Warning: new version of open beta unreal dropping this weekend. It will change things and I don’t know if it will delete things.

I don’t know if it will delete things.

So there’s me creating my new lore company with era “baseline” cars and I’m probably going to lose them.

From what I’ve spied (This is all speculation) I don’t think we’ll lose anything. Looks to be UI and other Q.O.L. Features. 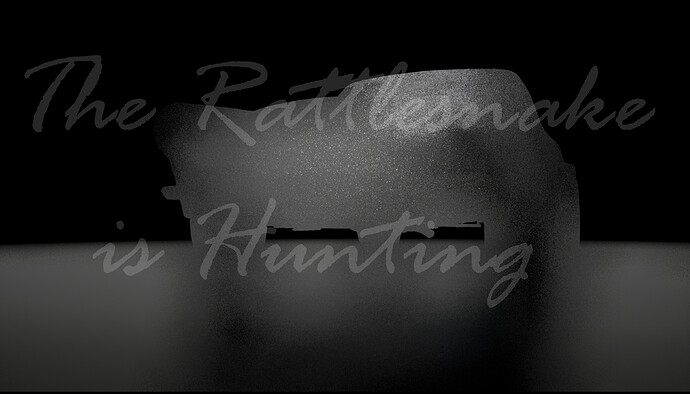 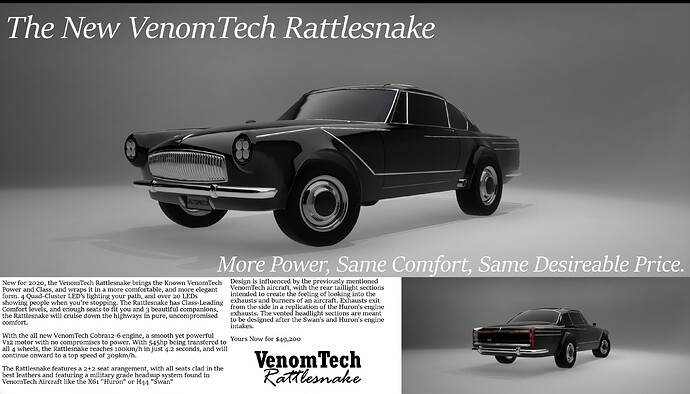 Since I don’t know how the impending update will affect the game calculations, I ask that everyone wait for this weekend’s update before submitting their cars. This should give people a fair chance to edit things if needed or to prevent already submitted cars from breakng. If the update causes serious issues, I will see about extending the deadline to ensure that there is enough time to properly build some cars for this round.

Non ad: (waiting to see if the update messes up the car) 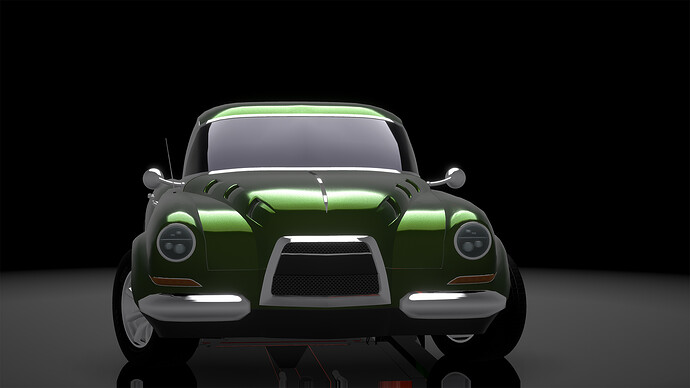 Really hope we won’t have to start over, at least with the fixtures. This is a very cool challenge. 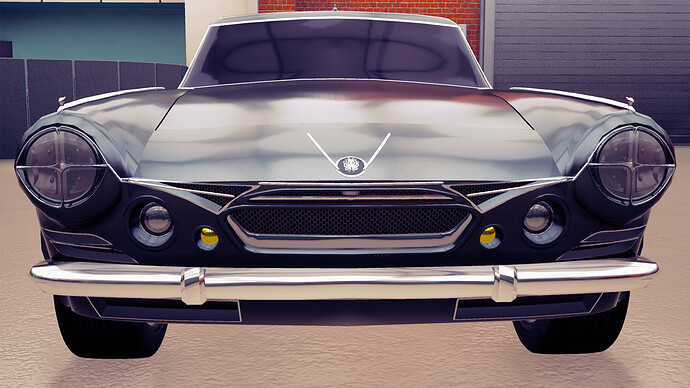 Thanks, I’m afraid to do more work on it till the update comes. Almost makes me want to do an alternate timeline version of all my old cars.

so many beautiful cars, I hope this becomes a trend 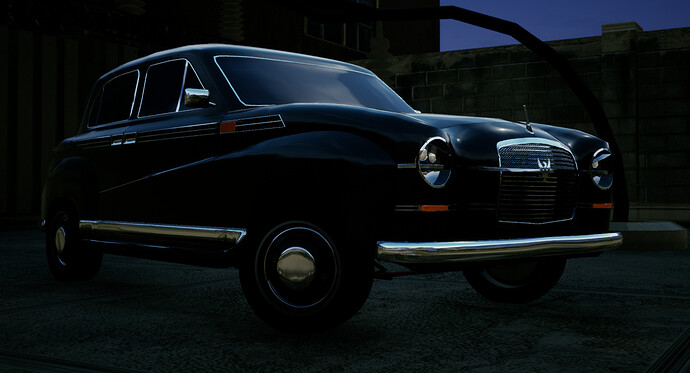 With a luxury heads up display, 5 leather seats, 7 speed column shifter, and smooth 4.1L inline six the Elite moves you comfortably through the city. Don’t think it’s size and features slow it down though as it does 0-100kmh in a brisk 7.7 seconds. This also doesn’t mean it’s inefficient getting 29 combined US MPG. All this can be yours for $49950, go to your local Washington Motorworks dealer to see for yourself!

It would be bad if i didnt join this, because it actually is a cool concept.

So a teaser it will be then 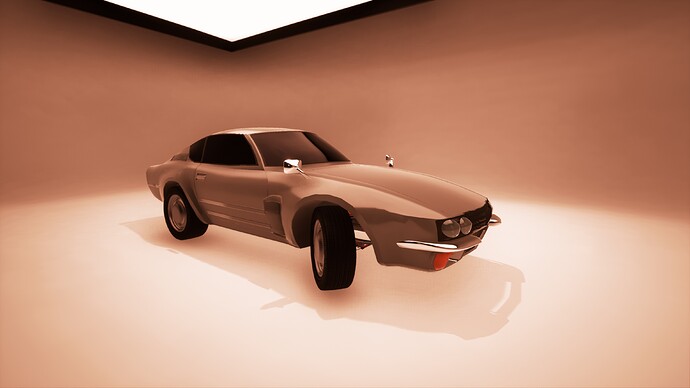 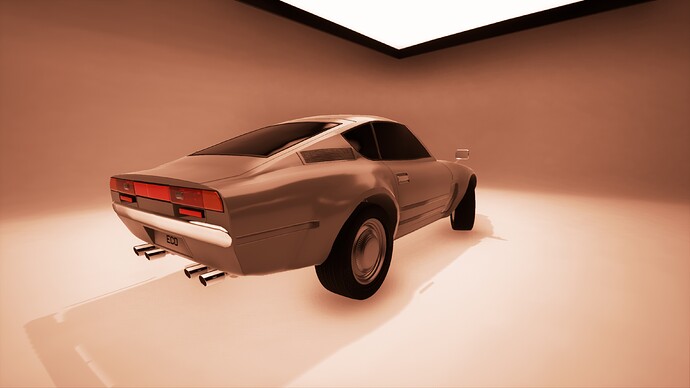 Well, I gotten a bit carried away with this whole idea of a “dystopian GT Cruiser”

But for now it’s for shit’s and giggles, and anyways i will be redoing the whole thing