Low AFR, low cam profile, from 1991 onwards LFC pistons… And the cylinder layout itself doesn’t play a big role in efficiency (unless you go turbo, then I6s are the OP superior master race). 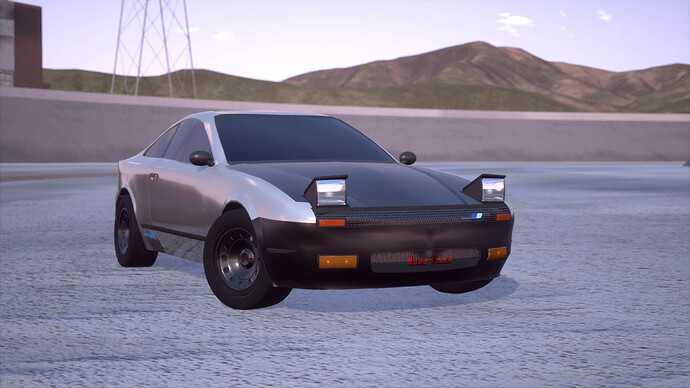 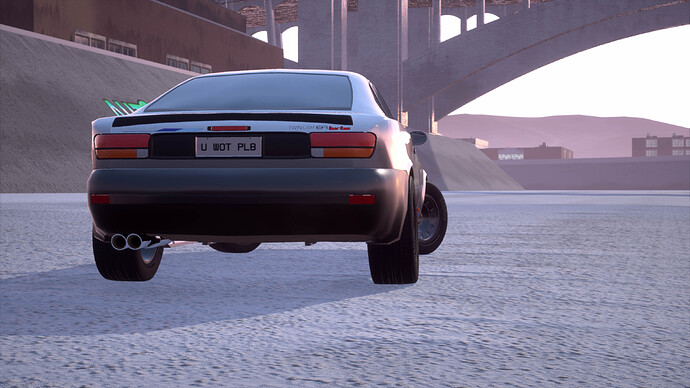 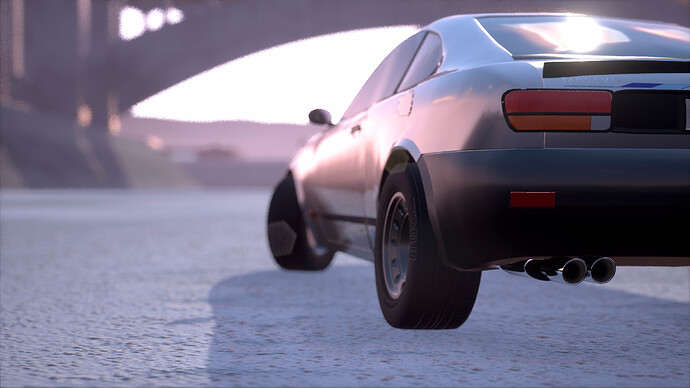 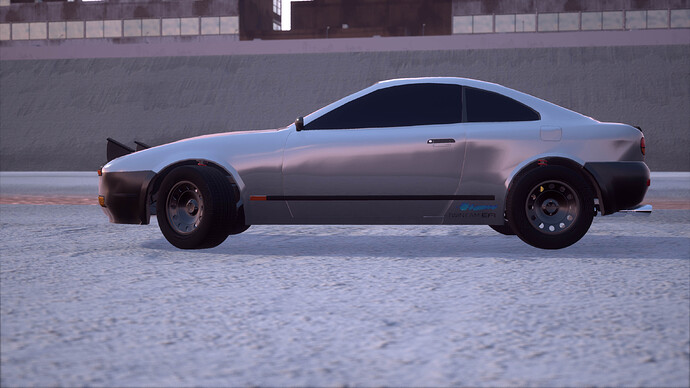 This is the 1985 Betta XR7 Rallye. Proof that less is more.
What don’t you get? You don’t get luxuries that distract the driver from true passion. Driving.
What do you get? A proper sportscar for just $15,860.
The short-ratio 5-speed manual, a limited-slip-differential, double wishbone suspension are 3 key-elements to a Rallye.
Now add lightness, and a 2litre TURBO advanced powerplant developing close to 224 horsepower, powering the rear wheels.
The result is plainly incredible. Earth-bending cornering. 100km/h in just 6.3 seconds. 227km/h in many more.
And on top of that, the advanced TurboTEC-R sump returns 7.4L/100km fuel economy.

So, what are you waiting for? Get to your nearest Betta dealer. One test drive is all that’s needed to get hooked. 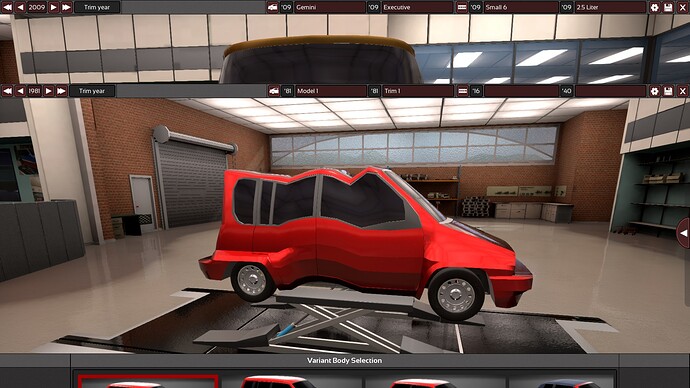 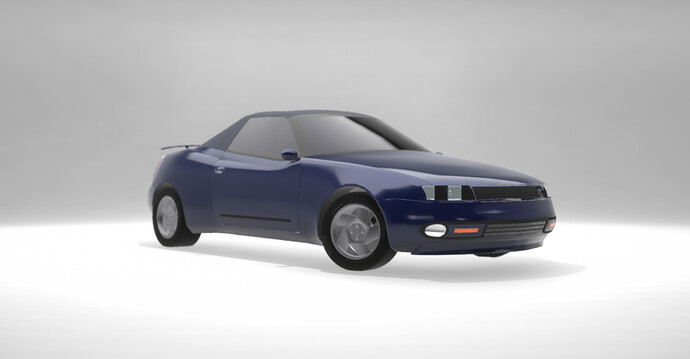 With its standard-fit LSD, five-speed manual gearbox and four-wheel independent suspension, the 1985 Genra G2A Turbo Coupe was renowned for being a highly potent budget performance car, despite only offering just over 160 horsepower from its 2.0L turbo four. It quickly established a reputation for being easily tunable, with the easy availability of aftermarket parts such as mechanical LSDs, a set of individual throttle bodies, larger vented disc brakes, wider forged wheels, and fully adjustable suspension. Despite its fairly advanced technical specification, it still retailed for just $15,600.

Although many were later converted into drag, drift, and/or circuit racers, thousands of unmodified examples still remain, to be sought after by enthusiasts and collectors alike as they were. In today’s world of electronic nannies and paddleshift gearboxes, the G2A Turbo Coupe still stands out for its far simpler analog nature. 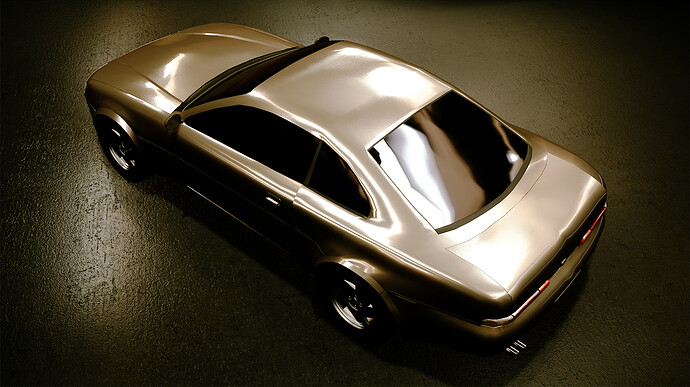 Isami’s relative success in rally racing through the early 80’s had showed the world its prowess in creating performance machines in the racing world, but it’s consumer lineup was rather disappointing for car enthusiasts. That all changed in 1985 when Isami decided to put their rally I4 Turbo engine into their mundane S40 coupe. Nearly every aspect of the car was restyled to match Isami’s focus on performance. 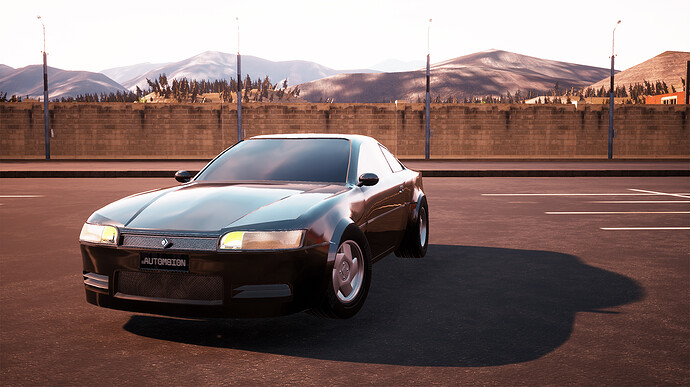 The new car, dubbed the Reaver S45 GR, was an impressive, but incomplete beast. Due to the short development time and emphasis on the engine and styling, remnants of the old S40 still lurked underneath. The rear wheels were driven by a 4 - speed manual which hampered acceleration and along with the tires brought down the top speed from a theoretical 149 mph (240 km/h) to 142.9 mph. The interior was sparse with it’s key feature being an 8-track player that works for awhile. The lack of features did help keep off some weight with the car weighing in at 2,431 lbs (1102 kg). 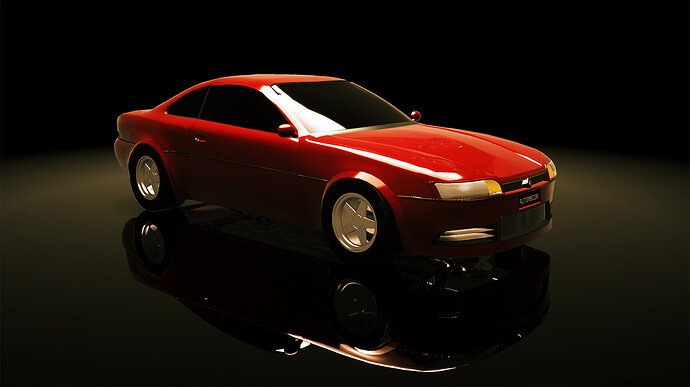 The reworked 2.2L IRDTurbo 4 boasted 207 hp at 6200 rpm and 202 ft-lbs of torque at 3700 rpm. This propelled the S45 to a 0-60 mph time in 6.8seconds and a 1/4 mile time of 14.94 seconds. The ride was low and tight thanks to it’s double wishbone suspension in both the front and back, although some would say the tuning made it too uncomfortable to daily. The Reaver S45 GR became a solid platform for building track and drift monsters in the years to come.

In the early 70’s DMA decided to get into muscle cars, by the early 80’s DMA management started to notice the market for small sporty compacts was opening up and decided to not wait as long as they had for the muscle car segment.

The power is transferred to the wheels by way of a 5 speed manual and all wheel drive
The J85 also features ABS and speed sensitive power steering.

It is rounded out by premium seats, and a stereo 8 track.

Surprisingly all of this tech only costs $14,820 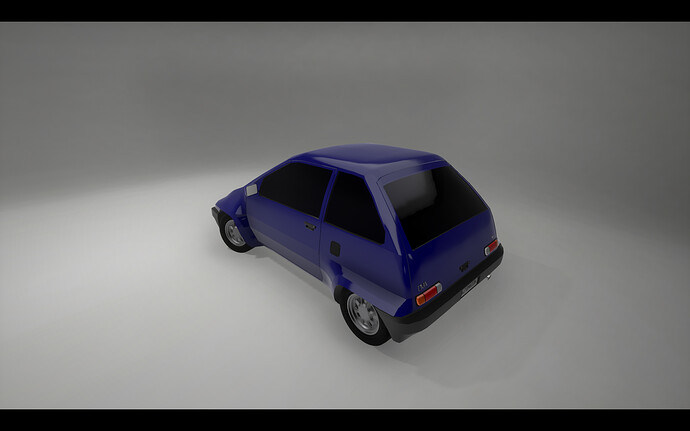 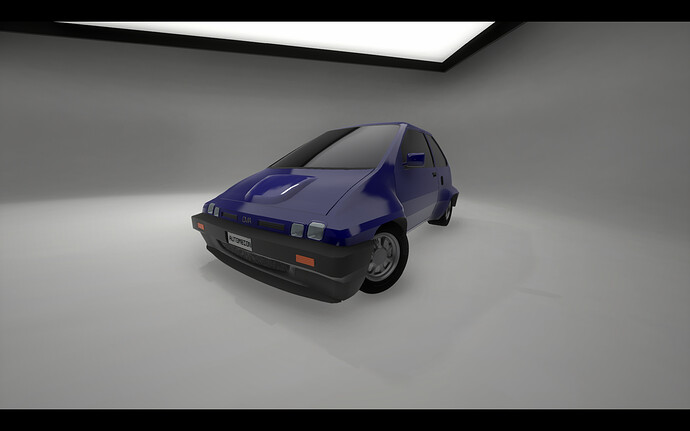 First.
it’s still about another week and we’re already almost up to the quota i set. so i’m removing the 15 entry quota.

your car’s fuel consumption has dropped below the rules i set, after the recent update. i’d have to ask for an updated version of your car

some other entrants
@TheMiltos21 & @VicVictory
your car’s fuel economy has also dropped significantly. although not below the rules yet. you may want to take another look and decide if you want to go as is with the new stats, or do you want to give a revision?

i’d recommend everyone that has entered into the competition also take another look at your entry and see if there’s any change that you don’t like, and decide if you want to fix it or not.

i didn’t find any real significant change to any car other than the fuel economy but i am open for revision.

phew, thank god i started asap. that would have been a handful otherwise

right. there’s a week left until deadline. but we have not even passed the 15 entries mark yet

whoops. i have else something in my mind when i typed that

We over at LHE have heard the demands of a limited market over in Japan, and have decided to take head. We will be launching a new ‘sport’ themed car based on our Satalite platform for the JDM market only.

Aside from body panels and a modified passenger cabin, this car shares everything with the rally proven Satalite, we promise to deliver a timeless look to our friends across the ocean. 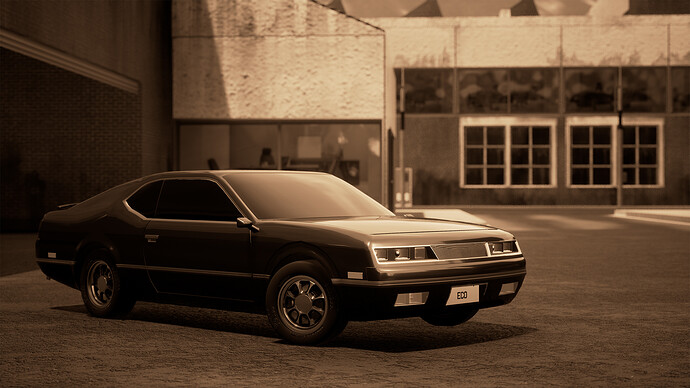 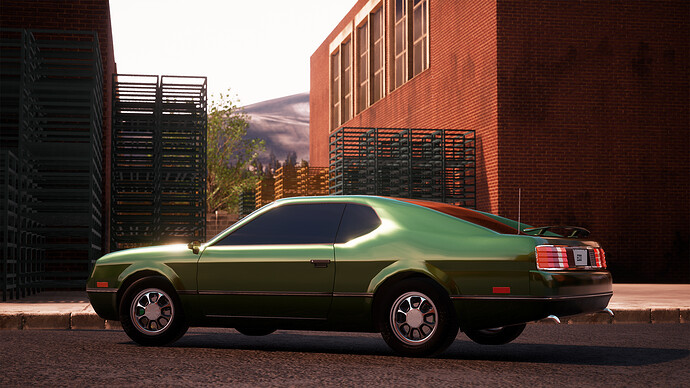 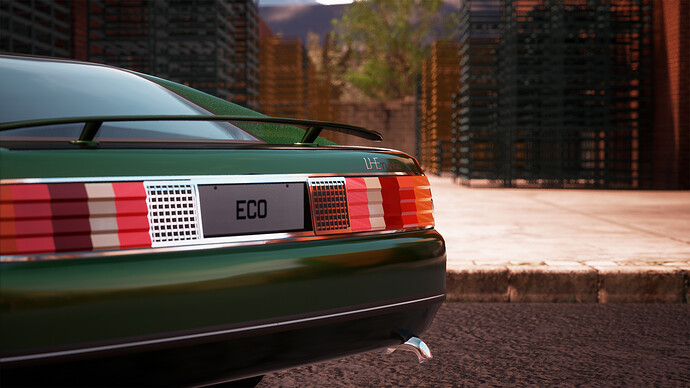 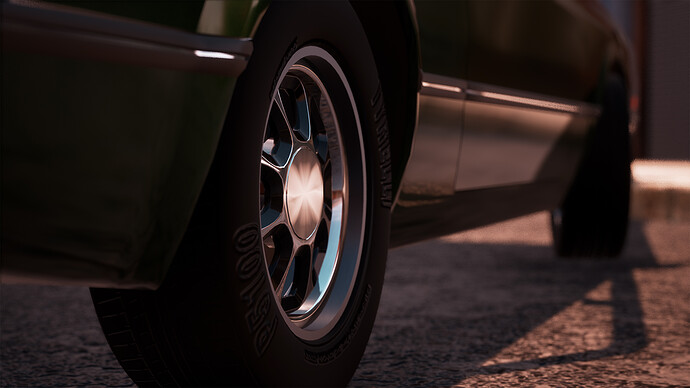 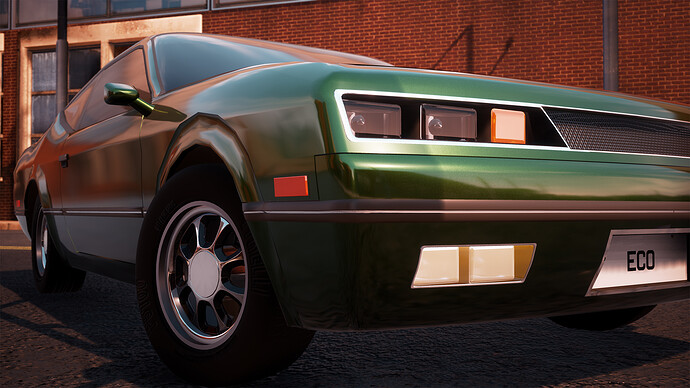 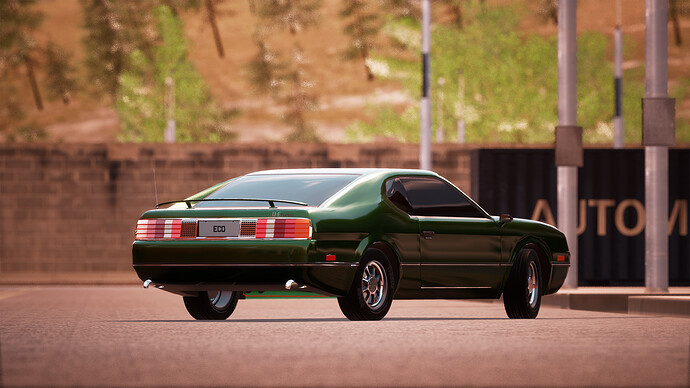 Who says a wagon can’t be practical and fun? 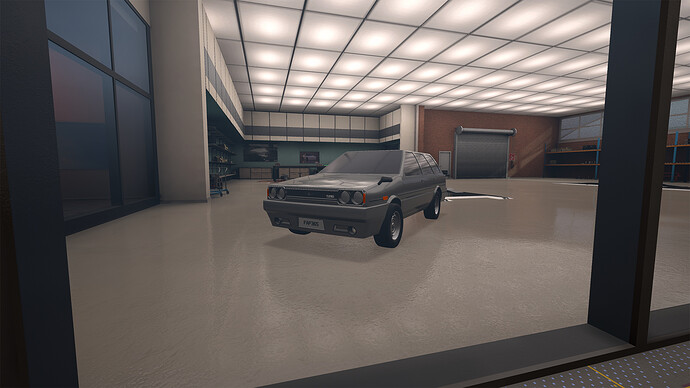 5 Seats, space for everything you could ever need to haul, and unique styling to go with it’s unique quirks. At it’s heart, a unique 3L turbocharged inline 6, twin cams and a whopping 24 valves result in 187hp being sent straight to all four wheels, giving the Aurora a speedy 0-62 time of 6.9s without breaking your wallet on fuel costs. 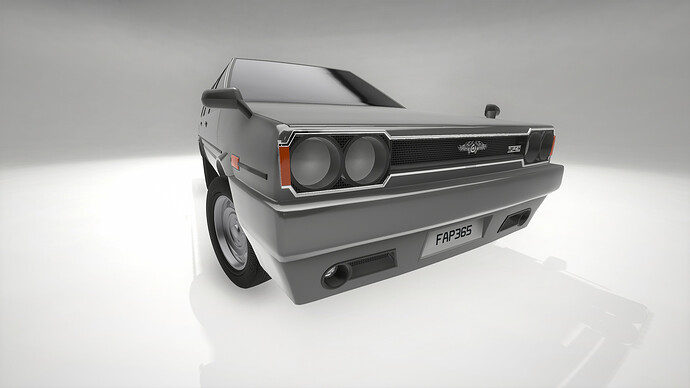 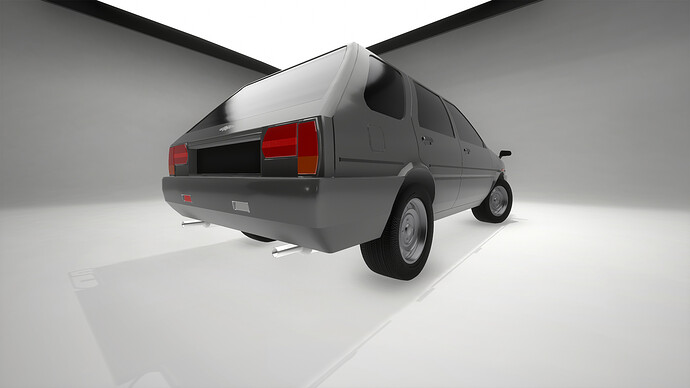 It may not be the most comfortable, or the most economic, but where else would you find a sports wagon with this much character?

In 1985, ACA and Nohda teamed up to produce an SUV. In Japan it was called the Nohda Levy. However, in the US, it was known as the ACA Prowler and it had a 6L V8. 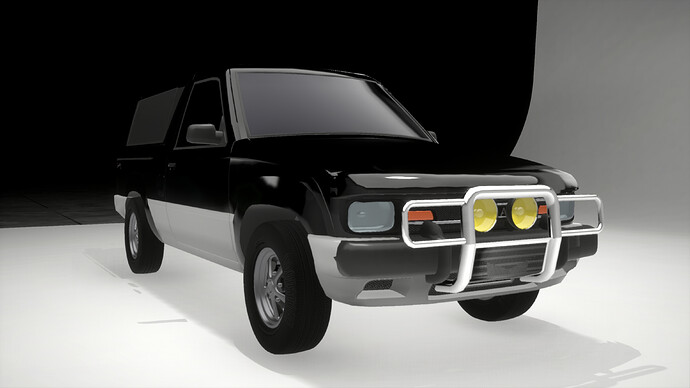 With 5 comfy seats, independent front suspension and a live axle rear and a big 6L Pushrod V8 mated to a 4 speed manual, this is a true SUV. And for only $16,000! 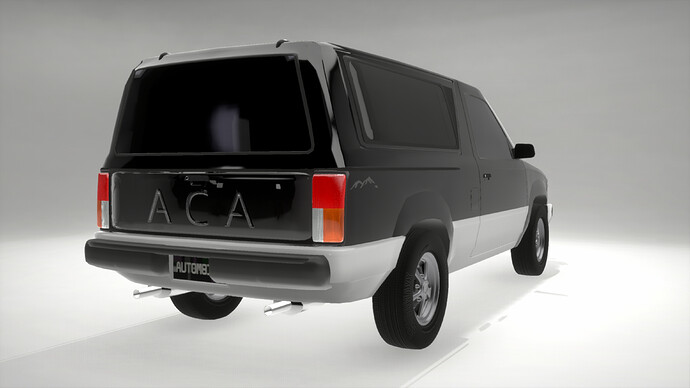 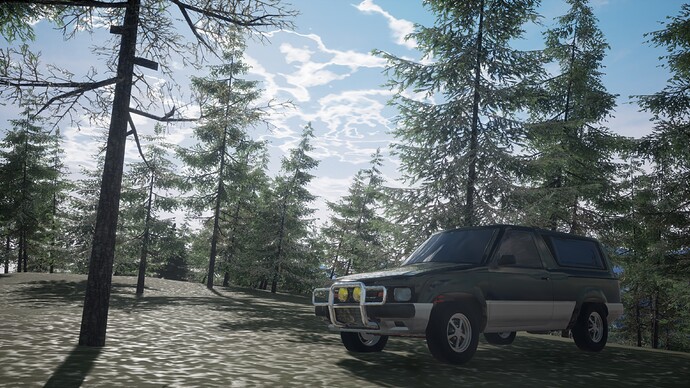 Its an odd day when I build a sport compact (Honda city inspired) and someone drops an SUV 4x4?

Yes. Yes it is. I forget which horseman of the apocalypse comes right after that.

Nice pictures. It strangely reminds me of a Lotus Esprit in the back, I dig it

i guess that’s how you interpret SPORT… as in… SUV is still a SPORT vehicle i guess?

also… that last picture… that totally looks like a Kijang