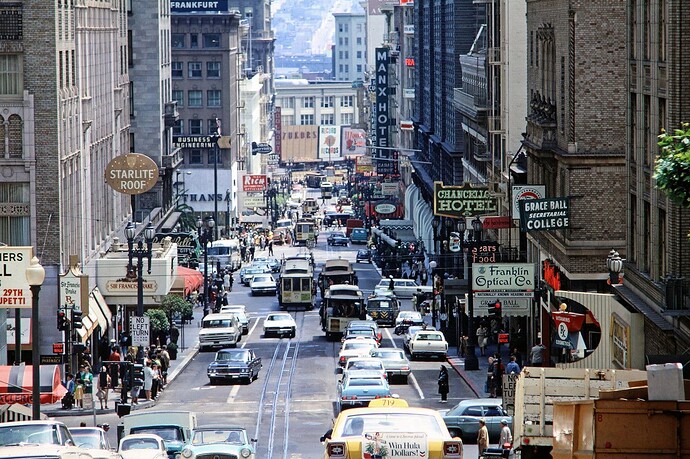 Filming has begun on a gritty action thriller following SFPD detective Lieutenant Brock Calaber as he attempts to protect an important witness under threat from a powerful mob. The movie developers plan on doing something relatively novel in cinema: real car chases, filmed from both outside and inside the cars.

Brock Calaber is meant to be depicted as a gruff everyman, and the vehicle chosen for him is important in conveying that. It should be cool, tough, and fast, but not fancy nor too flashy. It should not be a behemoth, but it should also not be a diminutive import: something that fits in the American standard of a compact, pony car, or a smaller intermediate is desired. The car can be bone stock, or can appear lightly modified.

A few things I want to touch on regarding realism and muscle cars in Automation. I covered some in the rules, but I want to make a few statements on other aspects that are a bit more nuanced:

Outside of any glaring issues or sudden game updates, submissions are open now until December 6th, 10 PM US Eastern. Submission code is the standard: “TMCC13 - your name” for the model and engine family.

Would a car like the Toyota Corona or Nissan Skyline be considered too small for the challenge?

While I’m not the Host, I would garner they would be, Seeing that a Camaro and an en-smallen-ed Falcon, known as a Mustang is in the Inspiration section as the smaller end, and at this time I believe the 200 (3.3 Litres) ci Mileage Maker was being phased out of the Mustang the year prior and the Corona and Skyline at the time were sub 2.5 (Hell I think 2 Litre in general) cars, with Lightweight smaller bodies and cut-price to match. So about… a segment or 2 tinier from what I can observe. 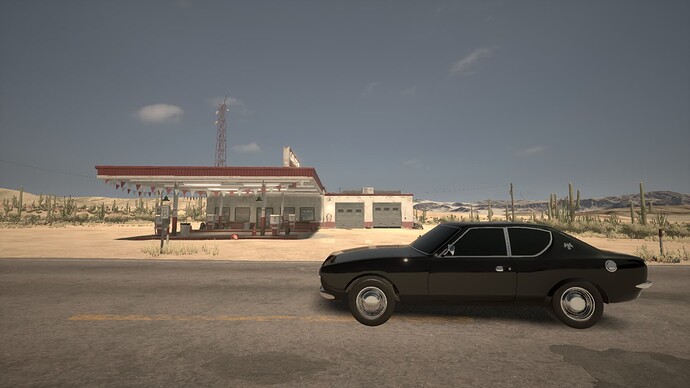 The Outrunner 234 proves that there is a replacement for displacement, and that is good old American engineering. No other car on the market today can give you 200 pure American v8 horses for 20 grand.

They ain’t gettin away chief

With a 0-60 time of 6.4 seconds, you’ll be outgunning nearly everything at the red lights. Sport brakes, tires, and suspension mean you’ll be out cornering them too. If all else fails, with 20mpg you’ll be outdriving nearly anyone in range. That’s the magic of the Outrunner 234. 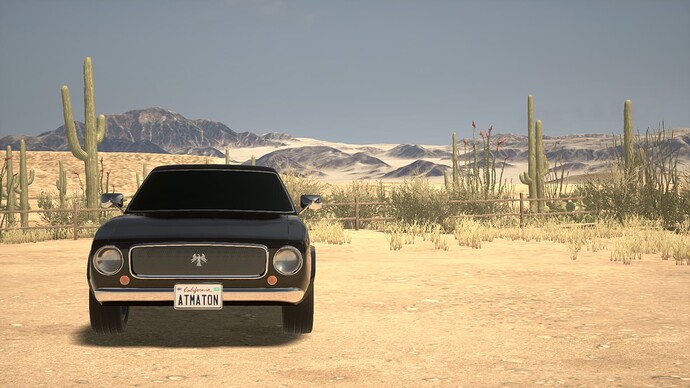 With a 0-60 time of 6.4 seconds, you’ll be outgunning nearly everything at the red lights.

And even with just 200 net horsepower, its light body should ensure that it can also outrun most traffic at the top end.

That took bloody aaages of twiddling with the sliders to get

. It’s not the way I would tune a car personally but hey, I’m not Liutenant Brock Calaber.

Yes, the smaller size makes them not the ideal candidate, but with the right style they can definitely leave the right impression. They’d have to really impress to take the cake, but I don’t want to discourage participation.

I’ll loosen up the tire size rules to suggestions rather than rules, so that smaller cars don’t have to run huge wheel/tire packages.

I have seen some concerns that the deadline is too soon. I am changing the due date instead to Monday, December 6th.

Would “light truck monocoque” be a good stats middle-ground between body-on-frame and monocoque?

Interjecting again.
No, as that is a Ladder back half
not really a Subframed Monocoque.

Were there the strict bumper regulations in 1968? Also am I right in thinking the lights should be sealed beams at the front , red and amber side reflectors and then all red tail lights

No, there wasn’t any bumper regulations in '68. Saftey bumpers weren’t a thing until '73. Headlights need to be round sealed beams, either two 7" or four 5.5". And side marker lights were required for cars built after January first 1968.

Fuel type required here? Since 91 is available, but that’s it. Leaded is fully available but it’s not really mentioned what it should be?

Unleaded fuel became mandatory after 1973. In 1968 cars were still being made for leaded fuel, performance models still used super. The first round of compression drops to accept lower octane fuels didn’t come until 1971.

While it’s not literally the same thing, at least from a stats perspective, it does serve as a middle point between the 2 chassis types. It might be a more effective stats representation than full monocoque.

I’ve seen light truck monocoque used in various other challenges to represent a sort of middle-ground between body on frame and monocoque (probably more often than I’ve seen it used for its normal purpose, actually).

During that time there were actually various techniques being used. The mid-sized cars were mainly full-framed, but Mopar and AMC especially were moving towards full unibody construction. Cars like the Chevy Nova could be seen as in-between, with different sections for front and rear suspension mounts. 1968-1974 Novas used first-gen Camaro underpinnings. 1975-1979ish models still used first-gen rears but used second-gen front underpinnings. That’s why the front wheels look like they stick out so much. 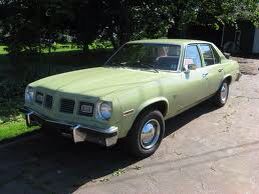 Would “light truck monocoque” be a good stats middle-ground between body-on-frame and monocoque?

As S-cop stated, LT mono is more meant to represent a back-halfed monocoque than what we see here, but I’m feeling generous and I don’t want people to feel too pigeon-holed into making the exact same car as one another, so I’ll allow it. I’m not seeing in testing any huge advantages to it, and though not it’s intended purpose, it does appear to statistically bridge the gap. Chassis section of the original post has been updated.

Were there the strict bumper regulations in 1968? Also am I right in thinking the lights should be sealed beams at the front , red and amber side reflectors and then all red tail lights

Fuel type required here? Since 91 is available, but that’s it. Leaded is fully available but it’s not really mentioned what it should be?

Leaded is the expected norm at this point in the US. High performance stuff would have used high octane leaded, but if people want for lore reasons to use less, they are free to.

would power steering be too advanced for this challenge?