A new Philippine primetime TV drama series is in the making.

Set in the late 1990s, it involves your run-of-the-mill, lower-class delivery driver with a secret knack for high adrenaline driving, whose life changes following a brush-in with a young detective trying to track down a case about a certain Hong Kong-based syndicate in the streets of Manila.

Now comes the part of finding a suitable motorcycle for the task of not only delivery driving, but of high-paced police chases through tight alleyways, weaving through high speed traffic on the highways, dealing with the messy, bumpy roads of the nation’s capital, and of course, looking the part.

You might now be wondering, how the hell is he going to judge this without any of the aforementioned rules and guidelines actually being achievable through the vanilla game?

Well, there’s obviously no way to do this equally with stats and all, so this is going to be a mainly aesthetics-based challenge.

What I’ll mainly be scoring for is:

This shouldn’t be too difficult to achieve, the year ranges are fairly broad so there’s some variety to be had here. Whether it’s a 60s standard motorcycle kitted out with delivery equipment, or a more modern 80s business-oriented motorcycle modified to the owner’s liking, whatever you think may fit a delivery driver in his 20s back in the late 1990s.

Even though this is a top priority, don’t be afraid to do a bit more modern stuff to the bike in terms of modification. The filming takes place in modern time, and considering Filipinos’ lack of desire for historical accuracy, try not to get too scared over this. I don’t eat humans.

I’m not exactly sure what to call this, but the looks of the motorcycle should match with the theoretical price. We don’t have an exact way to gauge price, but modern equivalents of these motorcycles usually wouldn’t cross the 50,000 PHP mark, which is roughly equivalent to about $1000 US.

He’s a bit in the lower-class, so there’s absolutely no way he’d be able to get his hands on a CBR or Ninja. Seeing as he’s a bit more of the hip type who likes a bit of fun to his ride however, a motorcycle lightly modified to be a budget cafe racer or scrambler with some delivery accommodations can work. Or maybe even an older, more expensive motorcycle that eventually degraded over the years but still works.

My definition for “detail” is going to be different. I’m not going to go down deep into how many technical details you may have, quite frankly I don’t give three shits if you do the full innard suspension and individualize the rim spokes or make the keyhole have special badging.
It looks good and “detailed” from a distance whilst being fixture efficient? Works for me! Greebling is the key here.

Just so long as you don’t straight up use one fixture and call that your entire bike, or use the bike mod by itself as a base and add a few parts here and there, it’ll pass. A little bit of creativity won’t hurt, just don’t go too overboard.

This is going to be a motorcycle owned by someone in the less fortunate bracket of society, used for a lot of delivery driving but occasionally for his own personal uses (Romance? Joyrides?), the design of the vehicle should show its story. It’s not a factory fresh motorcycle, it’s not been driven like an expensive classic, it doesn’t stay in the best conditions all the time, and it’s not like factory repair shops are a major thing in the Philippines. Something breaks down? Fix it yourself or ask the local manong at the nearby workshop for the price of a beer.


Music to help get you into the mood: 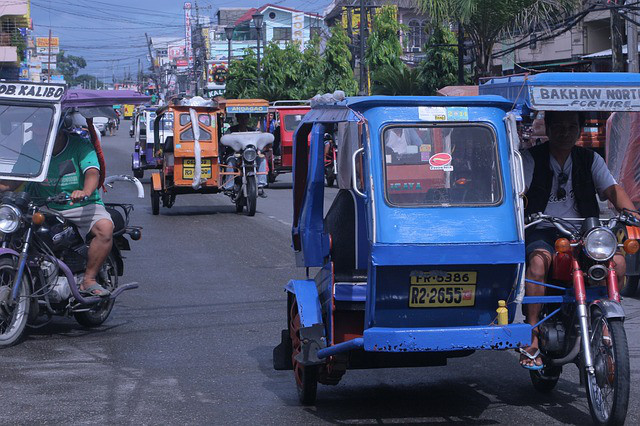 TIMES SHOWN ARE IN PHILIPPINE TIME

Dates are not final and will be subject to change depending on circumstances.

PM the .car file through discourse ONLY. I will not be accepting entries on Discord except in very special and/or exclusive cases.


DISCLAIMER, READ BEFORE SENDING IN A SUBMISSION:

THIS IS ROUND THAT RUNS ON THE OPEN ALPHA VERSION OF THE GAME, SUBMIT WITH CAUTION AND EXPECT SHIT TO HIT THE FAN FASTER THAN A MUSTANG CAN HIT 60

RULES WILL BE SUBJECT TO CHANGE BEFORE THE ROUND FULLY OPENS

I guess 2 cylinder is a pure aesthetic regulation since it can’t be engineered, but can you make engines as small as 250 cc in the game?

Yes, but to my knowledge, it’s only achievable via an inline-3 with decreased variant capacity. Not sure if it’s possible with four cylinders.

There was a fighter planes competition, and the entries were pretty cool

Yes, because this is a design-based competition, not an engineering competition.

I don’t know how much you meant it, but your tone here sounds really aggressive and rude. Yeah it’s a weird challenge, but if there’s people here who like it there’s nothing wrong with that. If you aren’t interested, you don’t have to compete, but insulting the challenge’s creator and participants is uncalled for.

I meant it without tone at all but yeah I get your point, see you on the next one.

I believe this is just visually, not for the engineering?

I believe this is just visually, not for the engineering?

Yes, getting the elephant out of the room, the entire challenge will NOT rely on Automation stats.

I’ve updated the OP with a couple more footnotes, and an update to the Rules and Scoring sections by making the descriptions slightly more clearer and dividing the Rules up into areas that I can add onto later for more clarity.
A couple more bikes* have been added to the inspiration, two more Hondas:

If anyone has more ideas, feel free to toss them and I can add them as an inspiration if deemed fitting enough.

Op sorry I anger-posted. Clearly after thinking it over, I realized I was projecting my own issues with the concept. Ie I have no idea how to make a motorcycle in this game. So, that’s on me and I’m eager to see how this even works. Thx

That’s OK. It is just that this game is becoming much more versatile that anyone would have thought from the start. Intended as a bussiness sim more or less I guess (a modern version of “Detroit” if you’re old enough to remember that game), it has turned into a versatile tool instead. Some people (like me) likes to do world building around their fictive companies, some people likes to do cars that are fun to drive in Beam and others like to push the limits by using 3D fixtures to do complete cars or even non car-related stuff like this. As long as we respect each other it’s all fine, right?

Finally, the best bike in Australia got added. And with an image from some top tier weebshit too :^)

I most likely will not enter, too much 3D, but thought it might be fun to try make a bike anyway, so my question is: 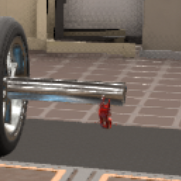 How do I get rid of this? Alternatively, is there a way to make it a 2 wheeler other than by advanced trim settings?

Edit: Is there a motorcycle body mod that solves this problem? I remember there being a bike mod but I never used it

You’ll likely need to use a combo of both wheel offset and track width.

Uh. This closes soon, so I’ll remind people this exists.

Tis a bike. It was painful. Very painful. 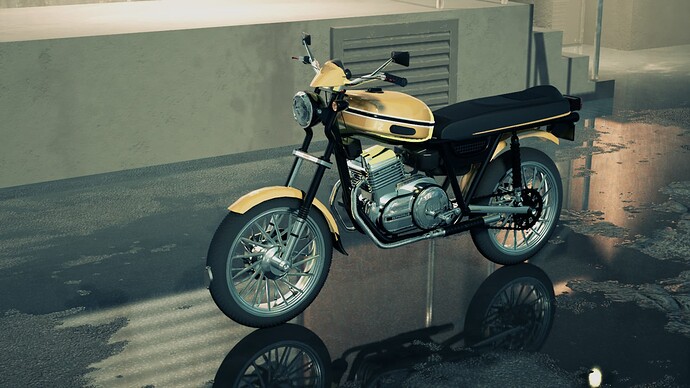 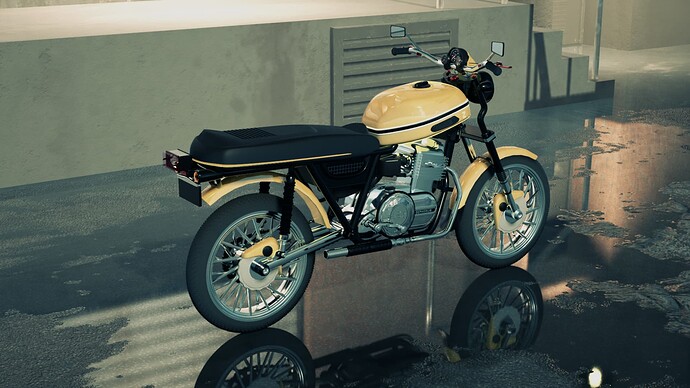 This may be your first time making a motorcycle (or anything other than a car, truck, van or HGV for that matter) in Automation, but you pulled it off. So if the challenge as a whole is called “The TV/Movie Car Challenge”, shouldn’t this round be called “TV/Movie Motorcycle Challenge”? Anyway, on looks alone, that bike looks like it’s a legitimate contender for the final round of judging at the very least.