Right then, pretty much three years ago to the day I hosted what was probably the lowest turn out AGC, and possibly any challenge tbh. However I haven’t learnt my lesson and with the advent of 3D and now having at least a year now of people getting to grips with it I think this challenge can be tried again.

Also I am basically doing the rules word for word.

Vroom is the latest big summer animated kids film. It follows the life of insert name a racing driver that has fallen off the pace lately and is trying to improve themselves in time for the Crankshaft Championships which is the most watched race in the world, it is the race to be involved in if you want to be noticed. They go back to their small home town during the summer to see their old friends who all team up to train the hero to get to full fitness. The big twist in all of this is, all the characters in the world are living cars.

any specific year this is set in?

so am I ok to just make a car without a face because otherwise, this is gonna become a nightmare horrorshow real quick

Not really, that’s kinda the point tbh. It’s just a racing car then 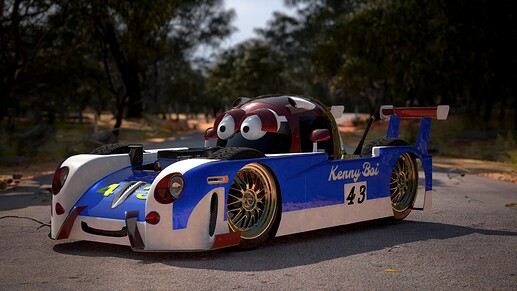 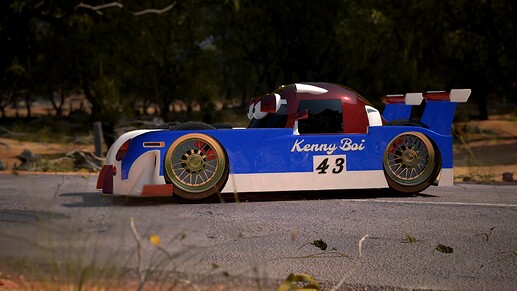 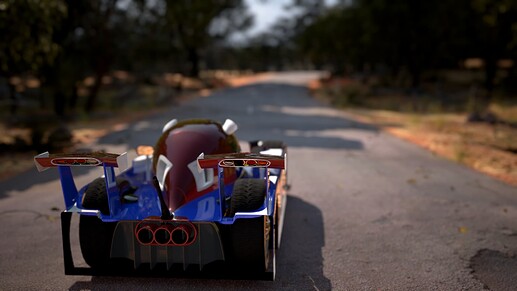 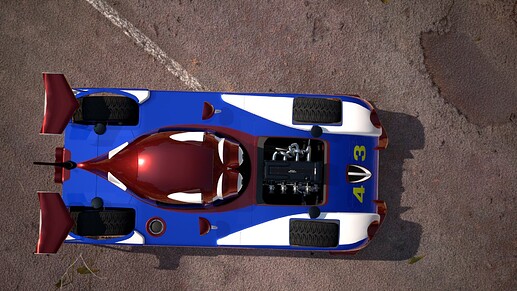 This is open now, hopefully some more interest

the faces on the cars will likely discourage people

They will stare into your soul 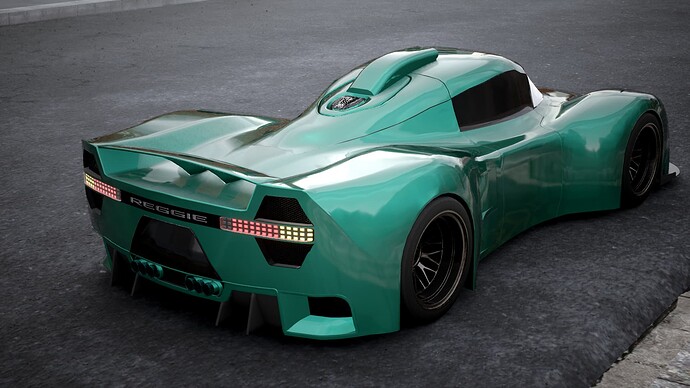 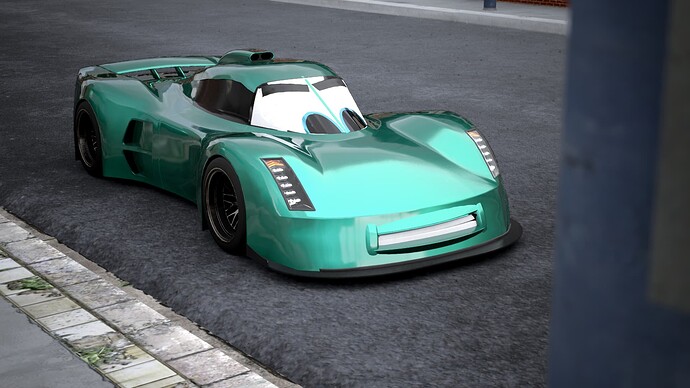 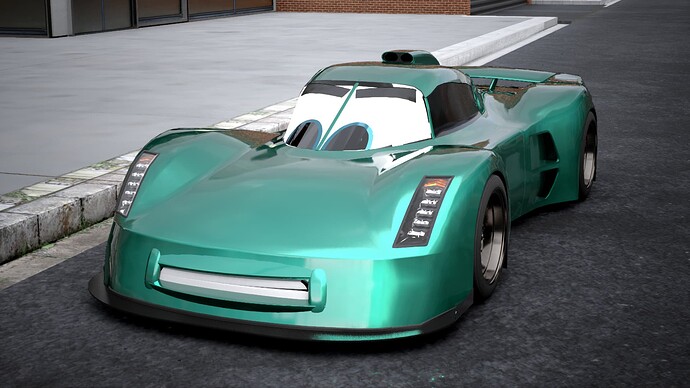 Reggie’s nervous face is because he’s recently tried meth___anol fuel and liked it, and is a little worried that it might become a problem.

Since you don’t need to make a car that looks like cars from cars, you can make the lights become the eyes, the mouth would be the hardest part though

Presenting “The Moustache” Some type of action hero… 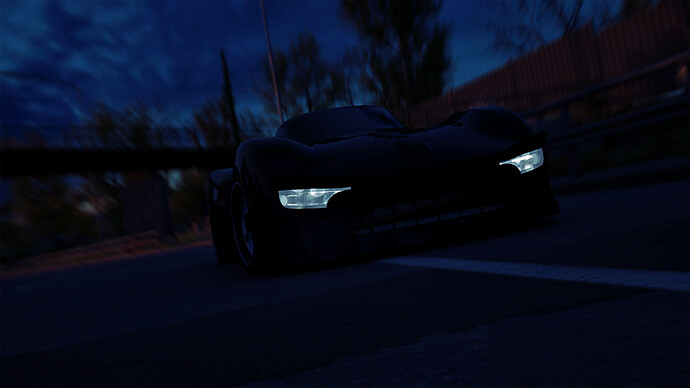 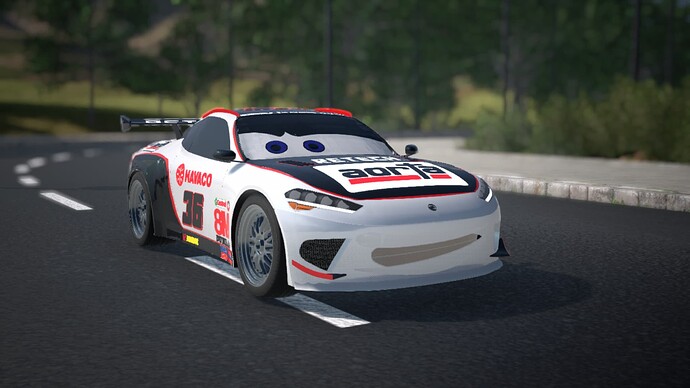 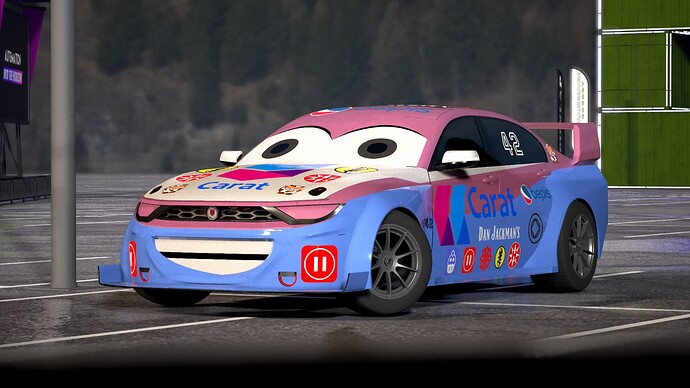 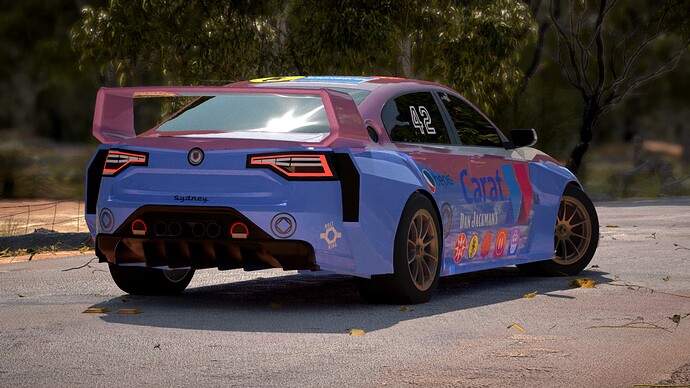 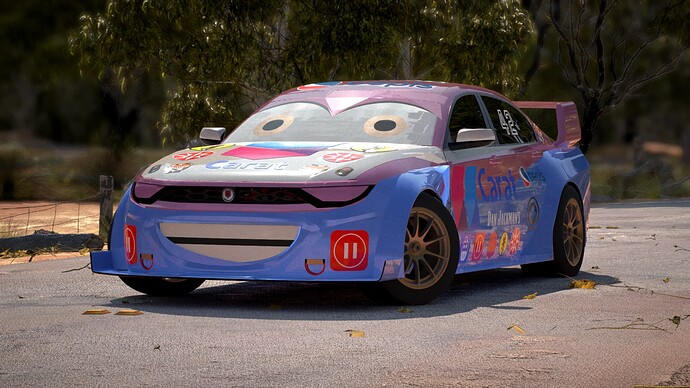 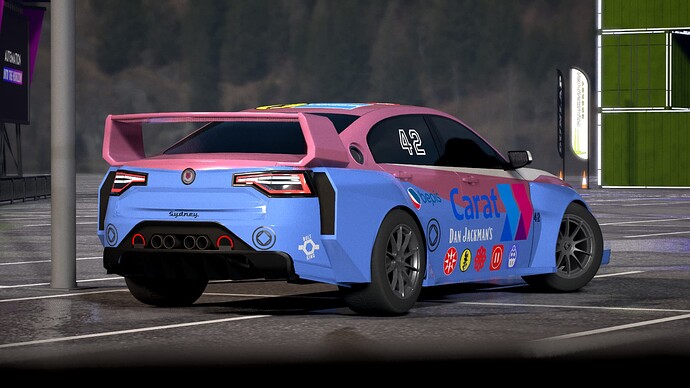 She looks like a V8 Supercar, but she’s not out of place among the prototypes, GTs and stock cars I’m expecting to fill the entrant list. Well done!

Closing date for this is tomorrow if anyone is contemplating entering for some reason.