Hello everyone, You know, in top gear there are 2 lap challenges,
one with a celebrity in a cheap car and the second one compares the performance of legal cars driven by the stig.

I was wondering : why not create the track of top gear (UK) and create some lap challenges with the fastest car or the fastest cheap car, we even could compare it to real car in top gear.
Unfortunately, I am not able to create a track, I tried to understand the current tutorials but I am not able to do it with the right scale and I’ve never done it before.

Can someone create the track and we would be able to do some challenges .
Thank you, I share a nice map image of the real track. I think it could be nice to use it as background 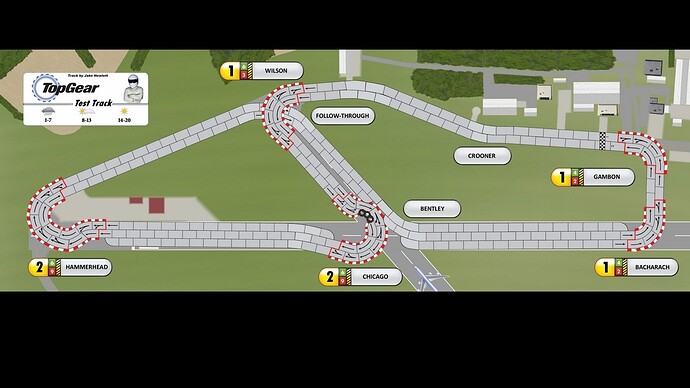 Oh interresting ! Where can I find it ?
TY

Hey champ, the track already is in the vanilla game, is the airfield track, It just have different names…

In “track” tab, under track’s picture there are three buttons - for Automation track, Airfield track and custom tracks.

Oh I’m sorry, I’ve just seen it, so it’s great, you can compare your car to real cars on this track !

Sort of, since getting under 1:10 in Automation isn’t really a big deal with a supercar (best cars I’ve seen on the forums get around 1:06), but none tested real car even achieved 1:10 - as far as I remember the fastest got sth around 1:12.

You can sort the cars, for example, I made a muscle car and I’ve just seen that the time was the same as the Shelby gt 500. For example.
You can also put some limits, in the real top gear, the car must be able to drive in the street. It is the same here

Race cars does pretty fast laps there, an Aston Martin DBR9 race car did the lap in 1:08, so there are real life examples that go that fast, so did the Zonda R, with less power than the usual +900hp automation cars.

Also, @sam1554 we already had that, here —> Automation Airfield Power Lap Times but it hasn’t been updated by the OP in a long time.

Well… I could revive it but I would probably have to re-wipe the board.

Oh, good to know. But still - Zonda R and DBR9 are race cars, while my own Niddhogg and a lot of others cars being - under the rules stated in the link - road cars achieve times around 1:06. I think we can assume that Automation’s Stig is a bit better than the real Stig

There’s still stuff like a One:1 that was never tested. I think sub 1:10 isn’t impossible with today’s hypercars.

I don’t think it’s the statistics that are holding the car back - it’s the tyres. While Pirelli P Zero does a good job at breaking the boundaries, it just doesn’t have the grip to balance the huge forces at play for the most extreme hypercars. Let me give you an example ; the Pagani Huayra. Its time of 1:13 blitzed the competition, and it dumbfounded petrol heads everywhere. “How could this happen?”

This confused me somewhat, so I took a second look at the statistics. The next fastest car, the Ariel Atom V8, went around the track almost two seconds slower. This didn’t make any sense to me, considering it’s around two-and-a-half times lighter, and “only” has 200 less horsepower than the heavier Huayra.

I mean, yes. More power means a higher top speed, but the course is very technical, and the Ariel really should have come out on top. The only reasoning behind this, I thought, was that the supposedly “stock” tyres were actually slicks hand-cut to resemble a road tyre. This would most definitely make a lot of sense as, after watching the lap, the Stig was driving the Italian hypercar very gingerly, most notably when launching off the starting line.

This is because that, despite the Stig being one of the best drivers out there, the Automation “Stig”, henceforth known as “that guy”, is specifically programmed to maneuver the car around the course with absolutely no faults and/or mistakes, and is 100% perfect. Hits every apex, signs the autographs, the lot. “That guy” is using the Force, basically.

Yes, that’s exactly what I have in mind

Interesting story. A mate of mine used to be on this forums (TyashiExMachina), and he made a car go around the track in 1:02:05. I dunno of that still stands, or…?

The flying lap version, if it has been made already, clearly has its uses (rolling start time trials, actual races, etc.)

Edit: I though it already had been, when it clearly hasn’t…

again putting false information out there! the airfield track has a flying lap version made by der Bayer a simple search of the track sharing page would have told you this before you spurted your usual useless advice.

As per silly I stand corrected apologies to abg7

Herm, guys, Der_Bayer made the automation test track with flying lap, not the airfield/top gear track.

The flying lap version from @Der_Bayer is also available for download as a mod, and clearly has its uses (rolling start time trials, actual races, etc.)

[smartass]In any given case you came to the necessity edit your post, as in when we stand corrected, the correct manner to address this is by adding the word EDIT then the corrected idea or paragraph like this: [/smartass]

EDIT: Woops, I screwed up, I’m sorry and now I stand corrected.

[smartass] You may edit your post directly in case of typos or misspellings. Thank you for reading and let’s keep this forum neat and well organized, as a place to share our love for cars, and the game. Also [/smartass]

Don’t tag people that it is not in the conversation!!! 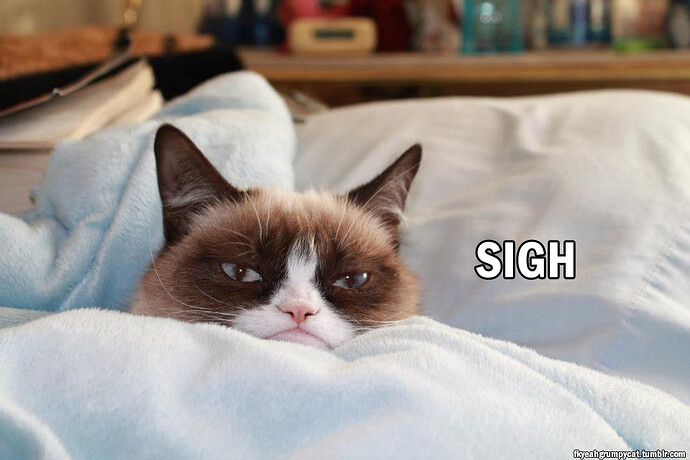