Celebrated film writer and director Blaine Shack’s newest creation, Amateur Hour, has been greenlit. A black comedy crime film, it takes place over the course of one weekend in Los Angeles in the summer of 1987. All the stops are being pulled out to make the setting more eighties than the actual eighties, including a huge licensed soundtrack, digital recreations of since-demolished buildings, and fleets of period correct vehicles.

Two eighteen year old girls, rich and spoiled, but kind Jennifer Chadwick and her snarky hippie best friend Brenda Kim have to go from the Hollywood Hills into the city to bail out Brenda’s step brother Jason for a minor possession charge. But when Jason disappears, the girls find themselves in the middle of a massive conspiracy between the cartel and the government, with only the help of alcoholic private detective Freddie Dart as they try to piece together the mystery before time runs out. At both the end of the second act and the climax of the film, they come face to face with the kingpin of the entire cartel, Don Domingo Garcia himself.

What the studio needs you to do is to produce a car not for the heroes, but instead, the villain. The girls already have Jennifer’s blue-and-white compact convertible cast, but Don Garcia needs a car. It will be used in two pivotal scenes; one, a standoff in the LA River, where the girls return the suitcase of for Jason’s life; and during the climax while Garcia chases after them down the twisting roads of the Hollywood hills with his goons not far behind. Both scenes take place at night, and despite his wealth Garcia always drives himself - no chauffeured limousines here.

Of the utmost importance is that this car is aggressive, intimidating, and has a truly strong presence on screen. Preferably something fairly large and expensive looking - whether a supercar, a GT, luxury sedan, etc.. I am leaving it open to you as to what seems more villainous, more suitable to a crime lord. Stats are less important than the styling, and realism/period correctness will be preferred for engineering choices.

Submissions are closed. Qualifying rounds are complete and eight vehicles have entered the semifinals.

I didn’t think I’d really need to do that, especially since I could disqualify them if they went with quantity over quality, but sure, I limited it to 3. I doubt many people will use all of them anyway.

Unleaded fuel (91 or 95 RON) was mandatory in the US market by 1987, so to that end, a catalytic converter (preferably of the three-way type) should also be required - but only for cars made after 1975.

It doesn’t necessarily need to be a new car, however…

Doesn’t All This Seem A Bit Unnecessary?

Why good sir, do you ask? Of course not! 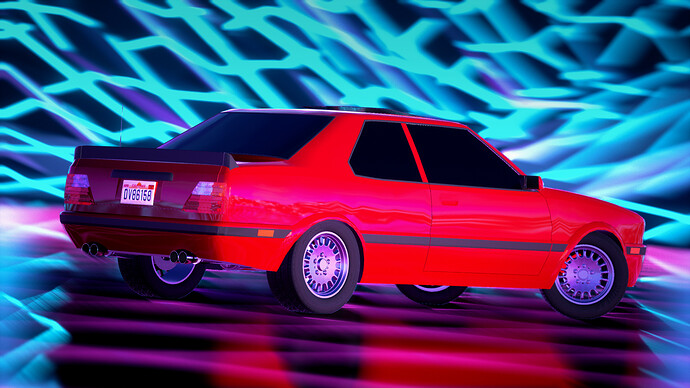 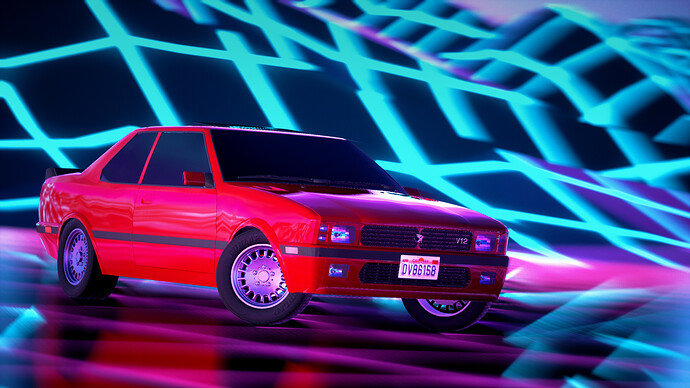 I have no idea what the hell I’ve built… it’s like a Maserati BiTurbo but without the BiTurbo element… and twice the power, mind you, it would with twice the cylinders…

I may have also made a 30 part headlight unit that looks 3 parts… but sod that. It’s the 80s Maserati/Lancia meta of, if it doesn’t look all too fancy… make it powerful and loud and sound half decent. Bosh, there’s your car.

Anyway It’s The Bernitelli Vortice V12. And you can tell the designers were on their coffee break when this was done… 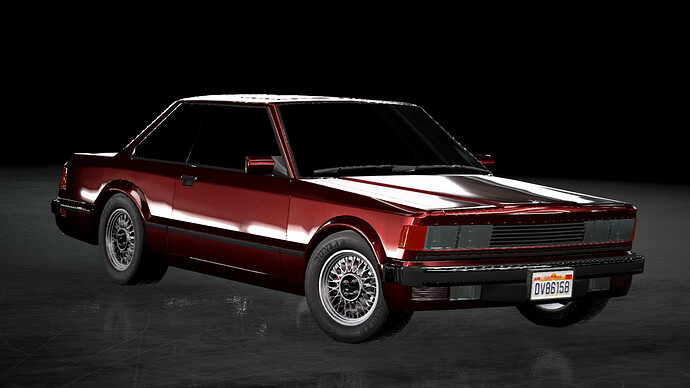 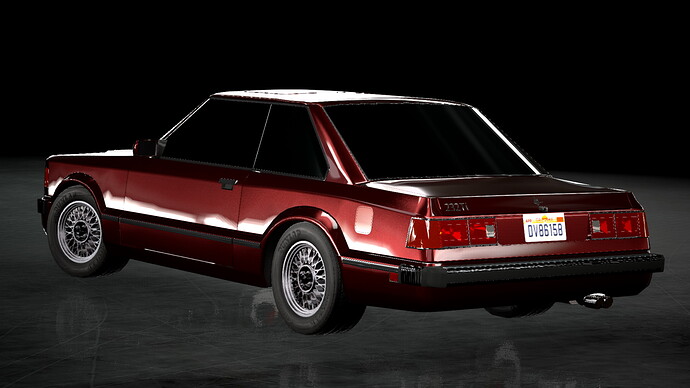 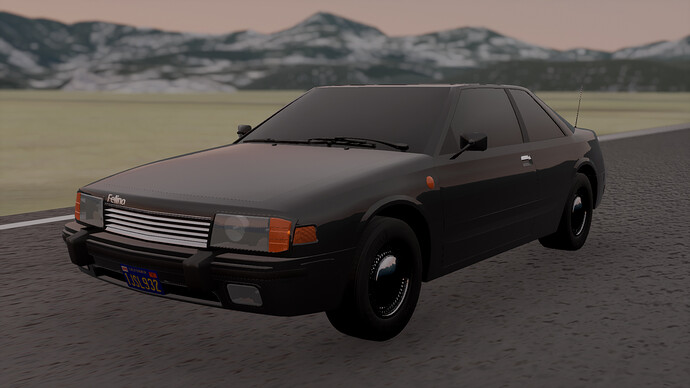 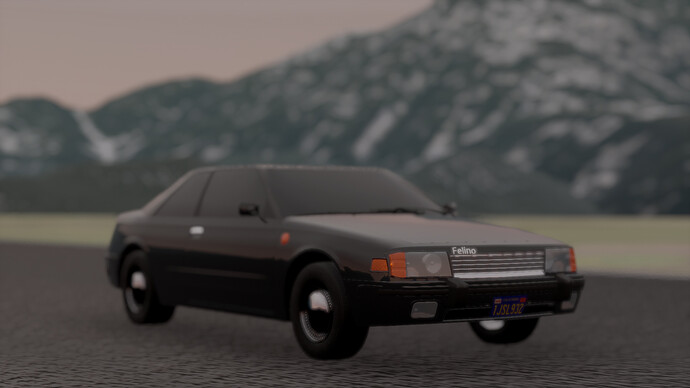 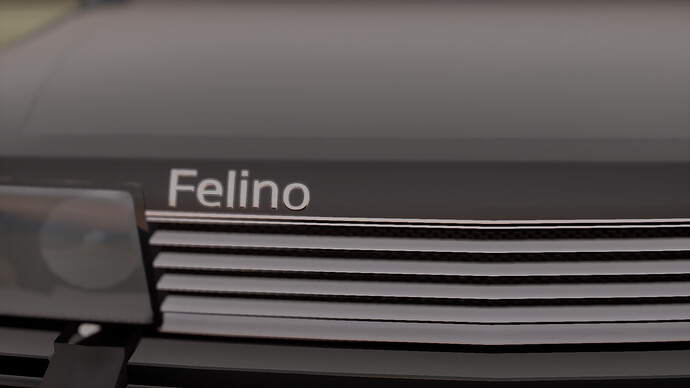 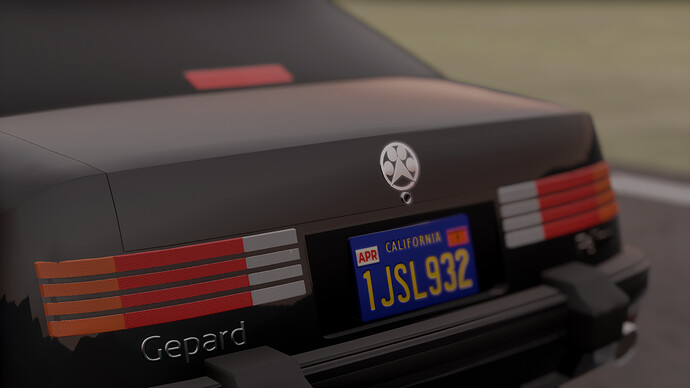 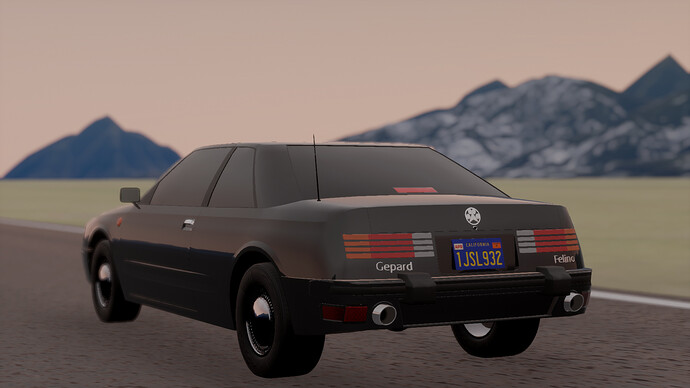 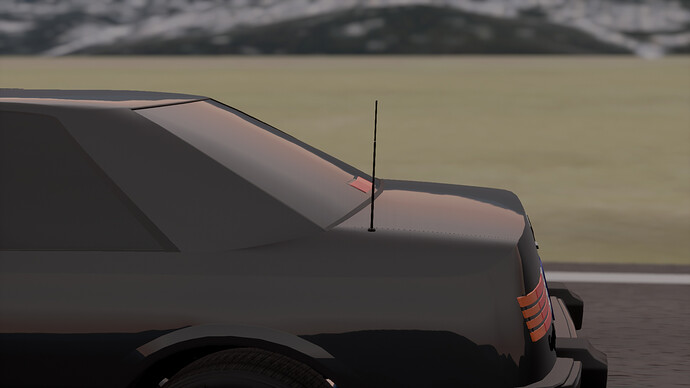 Gatto Motors, Made For You

Are all of these above the subs to this challenge or just irrelevant and were made to show? Thank you!

Officially the submissions are not open because the rules were still being refined, but one of them did already send me a file, but presumably the posters will be sending me the files for these cars they’ve posted once things open tomorrow.

Cool! Thank you for clarifying this to me. Will be participating in this competition with three cars of different era and types.

Does he prefer manual or auto transmission?

The stunt driver for the film can do either. Pick whichever is more realistic for your vehicle, I wouldn’t expect an automatic Lamborghini nor a manual Cadillac.

EDIT: And with that, submissions are now open. Y’all have two weeks. Good luck!

The DMC Shryke. It’s also available in black but black hides the detail. 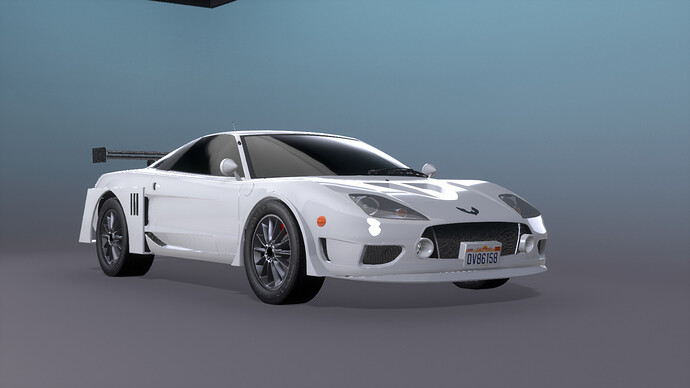 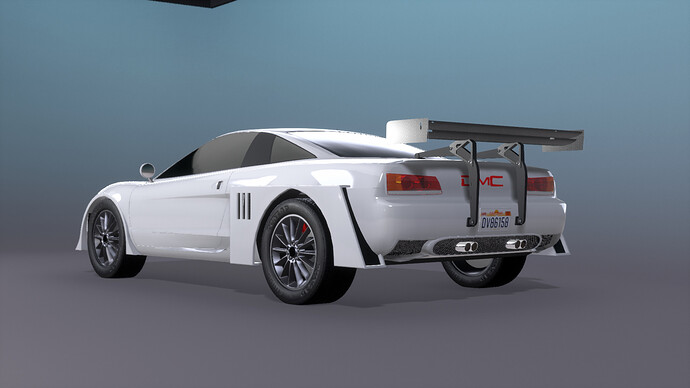 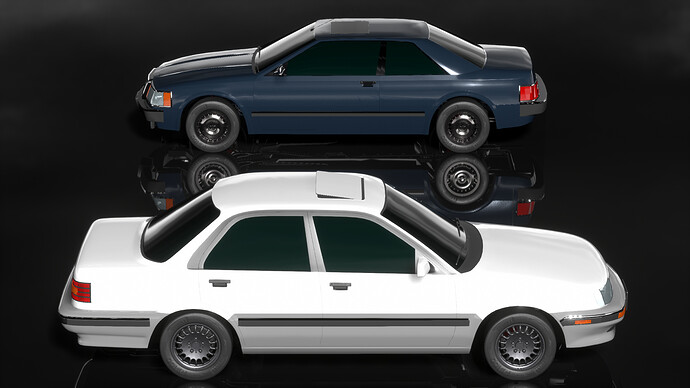 If I may ask, how does one use PM here?

If you’re new to the forum, you need to wait for a bit of time before you can.

Otherwise, you click on the person’s name and it will say “Message” and you can send a DM that way.

Ah, thanks for the info. Will you get a notification when message is available?

Would a kingpin use a muscle car to chase down a couple of snitches? 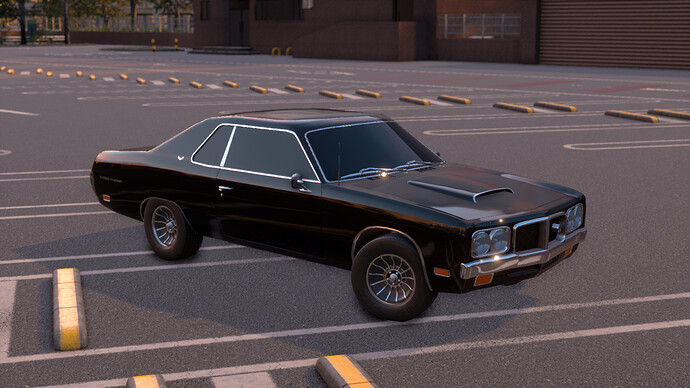 You bet your ass he would! 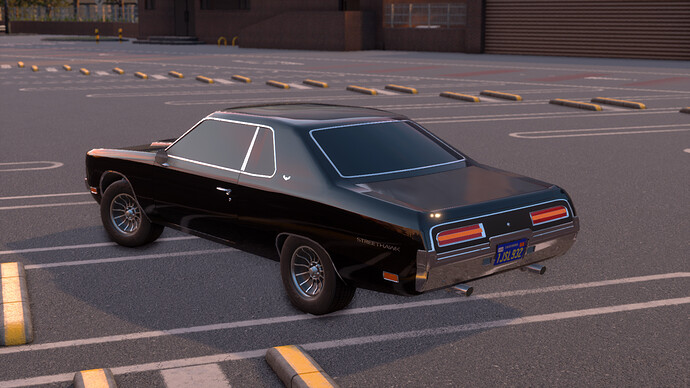 Heavily re-calibrated since it’s original debut as a CSR 120 entry (don’t worry, I’m also working on another scratch-built entry), the 1971 Armor Streethawk offers plenty of torque (on awful tires) and sinister looks. It’ll rightly scare the hell out of those girls (and the stunt drivers, too).

I am unable to PM patridam too but i’ll still post my submission here. 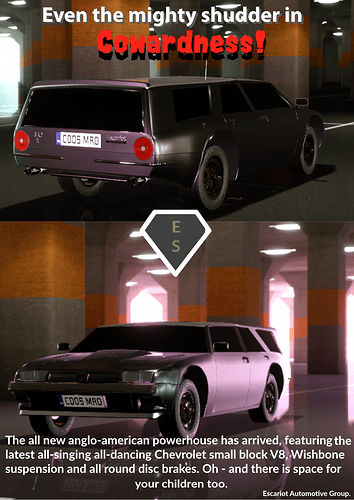 From 1972, a small British automotive company called Escariot produced an expensive, tasteful long range grand tourer. Created as an estate for a sleeker stance and more practicality. The car is named the 350 as it is a reference too their target horsepower output for their vehicles.
The 350-lt is a special edition for the North American market featuring the Chevrolet small block v8 (model vt-1 from the latest 1970 corvette) with over 300 horsepower and a 11-0-1 compression ratio. It also features additional trim and a more luxurious interior to its European counter part. The downside of the vehicle however is too achieve and a more affordable cost the rear suspension of the vehicle is a semi-trailing arm as apposed to the wishbone type.
I am a new member at the moment so i cannot attach files, post more than 1 image or message people so hopefully this can be sorted before the end date so i can submit the car. GL everyone

(edit: the final car and images will have all the needed trim added, the advertisement was created before i finished the vehicle. I also dont have the mentioned mod for the number plate so i have added the Uk number plate the size isnt edited so hopefully it is large enough)