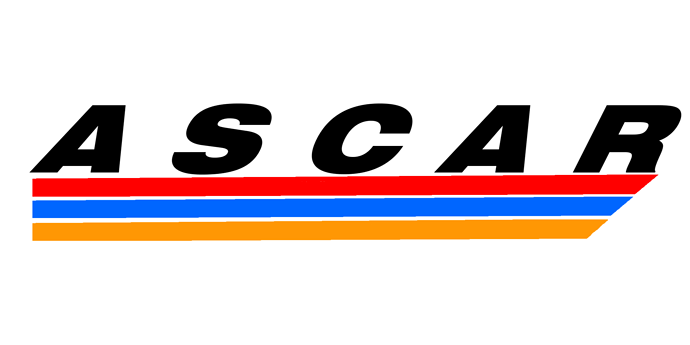 A mood track before we begin. 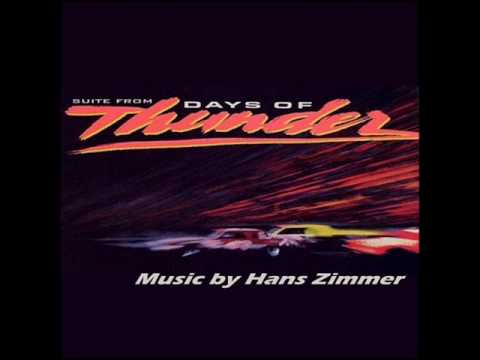 Ascar is a racing championship that combines oval racing and road racing, with a bias towards oval racing. Sedans and coupés will battle it out in the tracks for extended amounts of time, effectively giving this series a component of endurance as well.

It’s also a great way for American, European, Japanese and manufacturers from the Pacific to promote their cars and boost their sales in the USA.

“Wins on Sunday, sells on Monday.” - Saying on the marketing power of motorsports.

Scoring: the driver with the most points at the end of the 5th race is declared champion.

“This race is brought to you by Conke Cola!” - Typical sponsor commentary.

“I’m gonna give you an engine low to the ground… extra thick oil pan to cut the wind from underneath you. I’ll give you thirty or forty more horsepower. I’m gonna give you a fuel line that’ll hold an extra gallon of gas. I’m gonna shave half an inch off you and shape you like a bullet. I’ll get you primed, painted and weighed, and you’ll be ready to go out on that racetrack. Hear me? You’re gonna be perfect.” - Harry Hogge, Days of Thunder.

IMPORTANT: The organization will not accept clearly rushed/2 fixture cars. Take your time and make a proper machine. We’ll be using the UE4 Open Beta. 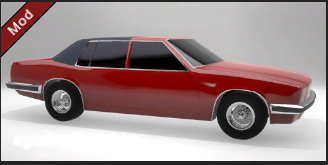 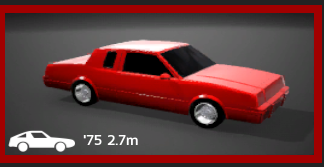 -Body style must be one of the three listed above - if your production car does not use one of them, you will have to make one of the allowed bodies resemble the car visually. Only the sedan and coupe variants of the bodies listed above may be used - fastbacks, hatchbacks, pickups and wagons are not allowed.
-Wheelbase must be 2.5m or bigger.
-Only wheel fenders may be morphed, with the rest of the morphs having to remain similar to the stock car.
-Trim year must be 1987.
-Panels must be made of corrosion resistant steel. No negative quality may be applied to them.

-Must be of space frame type and galvanised steel.
-Engine placement must be at the front, longitudinally mounted and powering the rear wheels.
-Rear suspension must be a solid axle with coils.

-Must be an OHV (pushrod) v8. Cammer (OHC, DAOHC, DOHC) engines are not allowed. Engine variant year must be 1987.
-Fuel system must be twin 4 barrel carburetors, and the engine will run on 98 octane leaded fuel.
-Maximum displacement allowed is 5.9L (5900cc, 360 cubic inches).
-Players will have 15 quality points to spend in the engine, with negative points counting towards the final compute as well. (Example, you can use 15 positive points, 10 negative points and 5 positive, 10 positive and 5 negative, etc). Maximum of points per slider will be 7.
-Must be naturally aspirated.

Drivetrain:
-Must be front longitudinal rear wheel drive.
-Special differential types, if used, must be of automatic locking type, as limited slip differentials, be it mechanical or viscous, are not allowed.
-Transmission must be manual and have 4 forward gears.

-Only one lip and one wing/spoiler are allowed.
-Undertray must be fully clad.

-No air suspension or active/adaptive components may be used.
-Maximum wheel width is 285. Rims must be made of steel. Max rim diameter is 16 inches.

-Fuel economy. Races will span between 100 and 500 miles. Time spent refueling is time lost not racing. Each refuel can take from 40 to 60 seconds. Fuel tanks will hold 22 gallons of fuel when full.
-Power: you’ll need power to keep up in the fast ovals and the technical road tracks as well.
-Drivability: cars with less drivability will force their drivers to be more cautious and therefore, slower.
-Reliability: cars that are less reliable are prone to breakdowns. Breakdowns will be classified in three kinds:
Slight: minor performance reduction.
Medium: notable performance reduction.
Severe: car is completely damaged, forcing the driver to drop out of the race.

“Just being a mediocre driver has never been my ambition. That’s not my style” - Michael Schumacher.

It wouldn’t be one of my challenges without some rp. It’s not mandatory, but here’s a couple of ideas: post race team/driver thoughts, what they expect in the next race, etc.

If you want to, you can give your driver a background. Here’s a sheet idea (you can make your own as well):

You can also give your team a background.

You must submit the race car while only posting an image of the production car.

(Even if I can win, I’m not eligible as the winner of the challenge itself.)

NOTE: Whenever the ruleset indicates no more than X points may be used per slider, that refers to both positive and negative points.

@ramthecowy created a compilation of logos of the Automationverse for you to use freely in your liveries and sponsorships!

Sponsor and brands and their logos Sharing

-Must be of space frame type and galvanised steel.

will Ladder be accepted, as that makes much more sense for 80’s US based barges.

Chassis were already being widely modified and converted to space frame by '87, that’s why the type of chassis used must be space frame.

Keep in mind this rule only applies to the race car, not the production car, which can be monocoque, ladder or space frame.

Ok, so build lore car on space frame even if production unit would be ladder for the sake of this? Make second trim that is race spec.

You don’t have to submit the production car, only the race car. Make them two separate models.

-Only wheel fenders may be morphed, with the rest of the morphs having to remain similar to the stock car.

Does that mean no other part may be morphed at all, or that any changes must be minimal?

No other part may be morphed at all.

Finnally, a place that makes sense to enter an Orbital!

I’m sure the race car must have only one seat - for the driver (the road car can have more). Anyway, this stock car racing challenge is one worth following over the next few weeks!

-Fuel system must be a single 4 barrel carburetor,

TBH I don’t know shit about 80’s stock car, but I’m struggling to break 380 HP using that, let alone get anywhere near the 500+ they got to IRL. A single carb is just simply choking the engine. (The game’s saying that the single 4 barrel carburetor’s rated max is 256 HP.) Please correct me if I’m just being an idiot, but was that supposed to be twin carburetors?

It’s correct, it’s got to be a 4 barrel carburetor, that’s what they use in real life. The main disadvantage we have is that racing teams had access to racing grade carburetors, while ours are street grade ones, at least right now (not sure if that’ll change with the engine designer revamp, but that’s a while away anyways). My test mules topped out at around 380hp as well.

My top speed barely scratches 230 kph at daytona, so… this isn’t very… Nascar. I’d review the 1 carburetor rule losing the authenticity and gaining some better machinery in the process

My top speed barely scratches 230 kph at daytona, so… this isn’t very… Nascar. I’d review the 1 carburetor rule losing the authenticity and gaining some better machinery in the process

Well, since people seem to be asking for twin carburation to be the rule, I’ll change it. It’ll be noted in the ruleset as well: All cars must be using twin four barrel carburetors.

Hold on, dont make it concrete just yet! Why not do twin (dcoe) to better simulate a racing 4bbl?

Well… the test mule now feels a lot better about itself… not too good though. 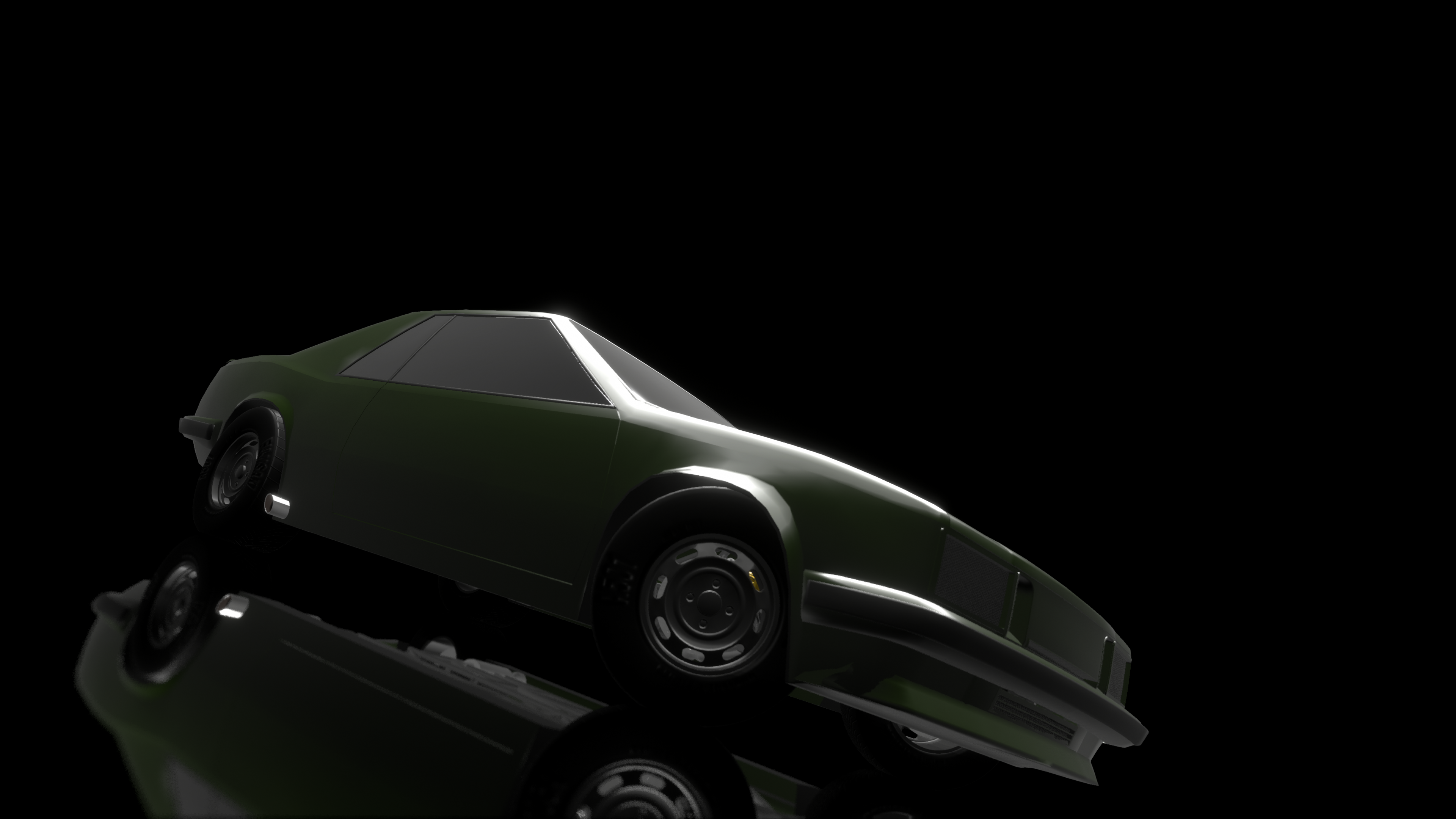 In any case, bonus points for people who manage to figure out what this is based on

Is it going high then low?

I’m not going to build an imperial in the game to legalize this thing.