This CSR is absolutely, completely, 100% based on my hate for the French way of handling the ton and a half of people driving diesels for 8000km/year while never leaving Paris intra-muros, by penalizing EVERY SINGLE PEOPLE IN THE COUNTRY who buys diesels. Take that post with not a grain of salt, but the entire fuggen dead sea.
Here we go. 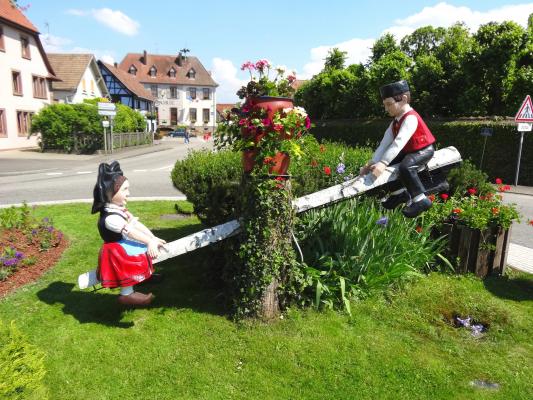 Fernand Müller is just your average 40 years old alsacian guy. Likes soccer, and beer. Runs every week end. Works in a factory as a maintenance technician, somehow earning twice what a youngster would earn with three diplomas in automation.

He likes to make things last. He’s been married for fifteen years with his wife, Christine, and they have two children, Manon aged 10 and Enzo aged 8. One thing he did make last pretty long apart from his marriage is his 2006 FAAL Mesaia 2.0 TDE 115 wagon. 358000km and twelve years later, it is still running and still with the original drivetrain. Fernand and Christine never regretted a single second buying basically the very last French diesel without a DPF. It has never stranded them. It has always sipped on fuel, averaging 5l/100 during its whole life without a single ounce of hypermiling.

The Müllers have then seen passed the generalization of DPFs which then became mandatory. The 2008 crisis which made manufacturers have to review their offers and made shittier cars. And finally, the Dieselgate, which ultimately stopped manufacturers to keep developing diesel engines.

Living in the countryside and averaging about 30000km per year, the Müllers did need a diesel. They still do. But 358000km is a long life for a car on Europe’s twisty roads, and keeping the worn out Mesaia running was becoming more and more expensive with parts breaking one after the other. Fast forward to 2018, when the government’s new batch of attempts at stopping people from buying and driving diesel cars finally made Fernand cave in.

She didn’t pass inspection.
Emissions failed.
She needed a new EGR valve, and a new catalytic converter.
No scrapyard has the right to sell them anymore, so they have to be brand new parts.
No inspector has the right to pass a car who has been fixed without a bill to prove it.
Garages now have to bill the recycling of the cat to the owner.
4500€, with no guarantee of the car passing inspection after that.
This was too much.

After a long deliberation, him and his wife decided to break a lifetime habit both had even in their separate lives before meeting: they had to replace the best investment of their life with a… yuck… Petrol powered car.

After a bit of crying and cussing at the current government, they started prospecting.

THOSE LIMITS ARE SUBJECT TO MODIFICATION UNTIL SUBMISSIONS OPEN. That has been pretty useful in previous CSR rounds, so screw it, imma do it.

[EDIT 01/12/18] Okay I never thought I’d actually have to say this but:
I will only accept cars that at least have a brand name and a model name.
I am supposed to roleplay a guy who goes through car configurators from different brands to find what he needs. Which I can’t do with this:

This CSR is absolutely, completely, 100% based on my hate for the French way of handling the ton and a half of people driving diesels for 8000km/year while never leaving Paris intra-muros, by penalizing EVERY SINGLE PEOPLE IN THE COUNTRY who buys diesels. Take that post with not a grain of salt, but the entire fuggen dead sea.

I hate them too, but these people are now accusing the “poors” of Paris Extra-Muros not to buy electrics c:

I like this a lot. Just a question… is that last reference photo a Nissan Rogue?

Presumably the trim year has to be 2018, but how old can the body be?

What are the thoughts or saloons?

A Renault captur/clio estate size would be too small for this challenge? I see you’ve mentionned 3 medium-big cars on the example.

Be creative. Try to gauge the customer.

Just keep in mind that the first round is going to be comparing raw numbers (power, 0-100km/h, fuel eco, size, cargo capacity and such), but also equipment and styling. The rest of the stats will be evaluated during the test drive.

As for saloons, europeans usually prefer liftbacks when they have to actually carry stuff.

I didn’t believe sedans had worse practicality than any other cars with the same cargo space until I tried to do the big yearly garage => waste collection site where we throw away broken furniture and electronic appliances and stuff in a 2000 Seat Toledo. Try to stick a regular cathodic TV through that trunk :t

A familiar problem I had as a kid. TVs never fit in the trunk of a sedan.

You’d hate America then. We’ve been using cats since 1975.

I’ve carried a whole vw brasilia chassis on the trunk of a 2005 Civic once. Of course cut in half, with the back seat folded, the trunk tied with a string, and no floor pans. It’s not the size of the thing, is the shape and lack of a electric saw.

So I just edited the post, and amongst small things that were mostly stuff most of y’all already know (naming scheme and stuff) I added this:

The judging is gonna be done just like a real life buyer would. In the first round, the couple is going to compare all the raw data they can find on car configurators (performance, fuel economy, cargo space, equipment). And only then in the test drive are actual Automation stats going to be taken in consideration.

Emphasis on “Equipment” because the most stuff they can get for the money the better.

Sub-30 trim emissions for $15k? I’ll look into it and see if the emissions cap has to be raised - or not - before submissions are accepted. I also have a hunch that 37 ET for the engine may not be enough - unless I come up with something that sneaks in under that limit.

Anyway, this is a very relevant challenge to modern times - I’ll give it a go.

Is it just me or does the engine ET seem a bit low?

Wow, the limits are quite strangling. I either get a $15.5k car that barely passes all required limits or a $15k car that misses a couple (usually ET, emissions or safety). I’ll see if I can do a workaround on it.

I mean, I could also pass all that if the buyer doesn’t mind a tiny car…

I managed to stay within all regulations, with some tweaking and tuning, and my car isn’t too small

I almost forgot to ask this: Why aren’t there any PU limits for the trim or variant? I suspect they would make the rule set even more restrictive than they already are if they were there.

Edit: I just made a test build, and somehow managed to sneak under both ET limits and still have a sub-$15k car, while also meeting the emissions and safety targets.

There aren’t any PU limits because who am I to tell you how to build your cars?

ET limit makes sense because the car has to be realistically releasable in time but if you have a commuter car with high PU but manage to build enough of them because your factory is fully automated? Be my guest.

Just squeezed through the min stats…

Don’t worry, I think the price is gonna be limiting enough and I’m gonna rise the ET limits this evening.