Before we begin the in-character reviews, first we have to take care of the disqualified entries, of which there was a disappointingly large number. Out of 31 cars received, 10 were disqualified for rules violations in one form or another. Here, then, ladies and gentlemen, is your… 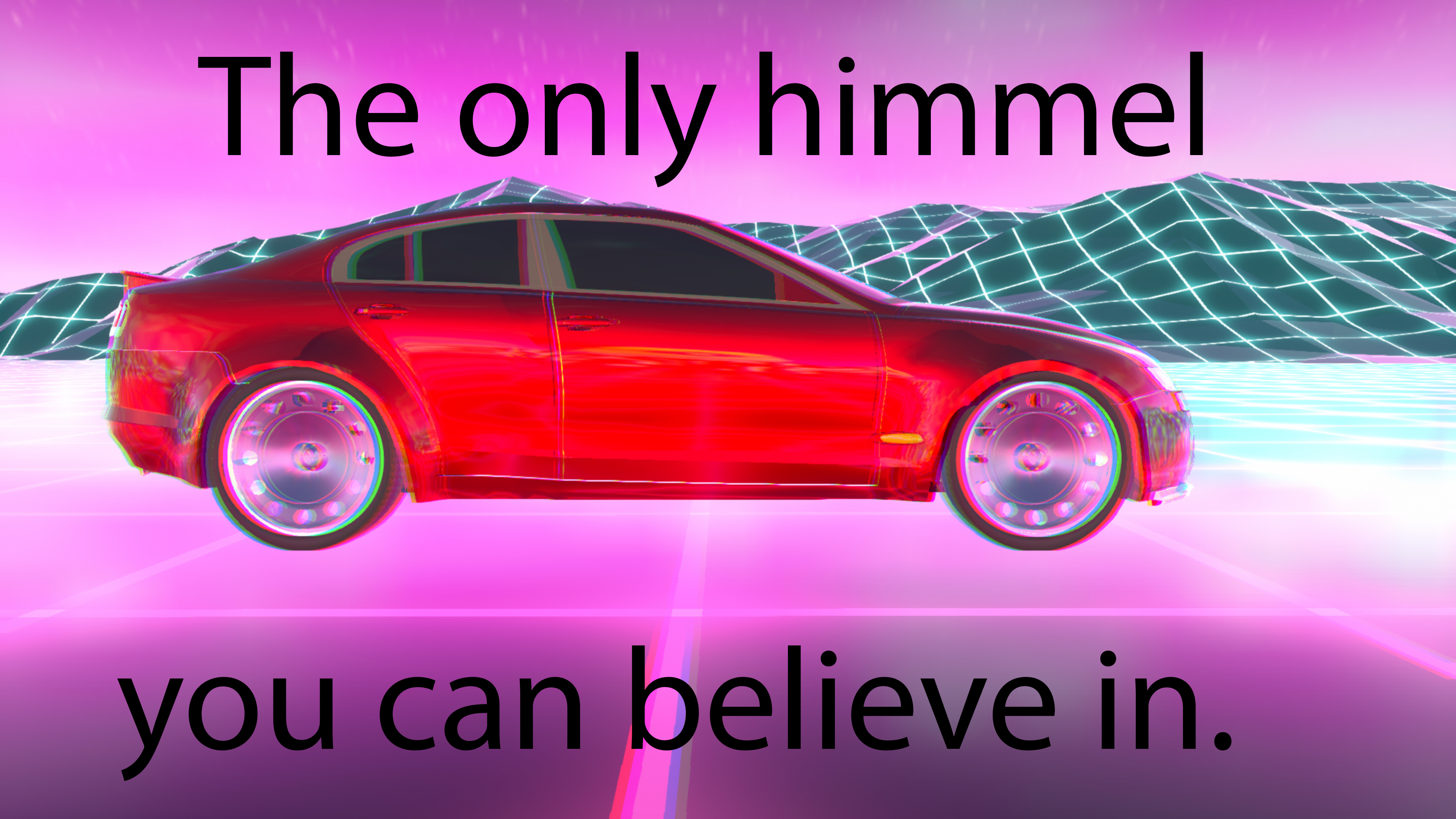 Horrifying looks aside - which should have been enough for disqualification alone - this incredibly low-effort entry (it scored 4 out of a possible 60 points on styling) was disqualified because it did not meet the loudness requirement nor the safety requirement. Was it the steel spaceframe chassis? Was it the Basic 1990s safety? Who knows, but all I know is that it was just a mess. 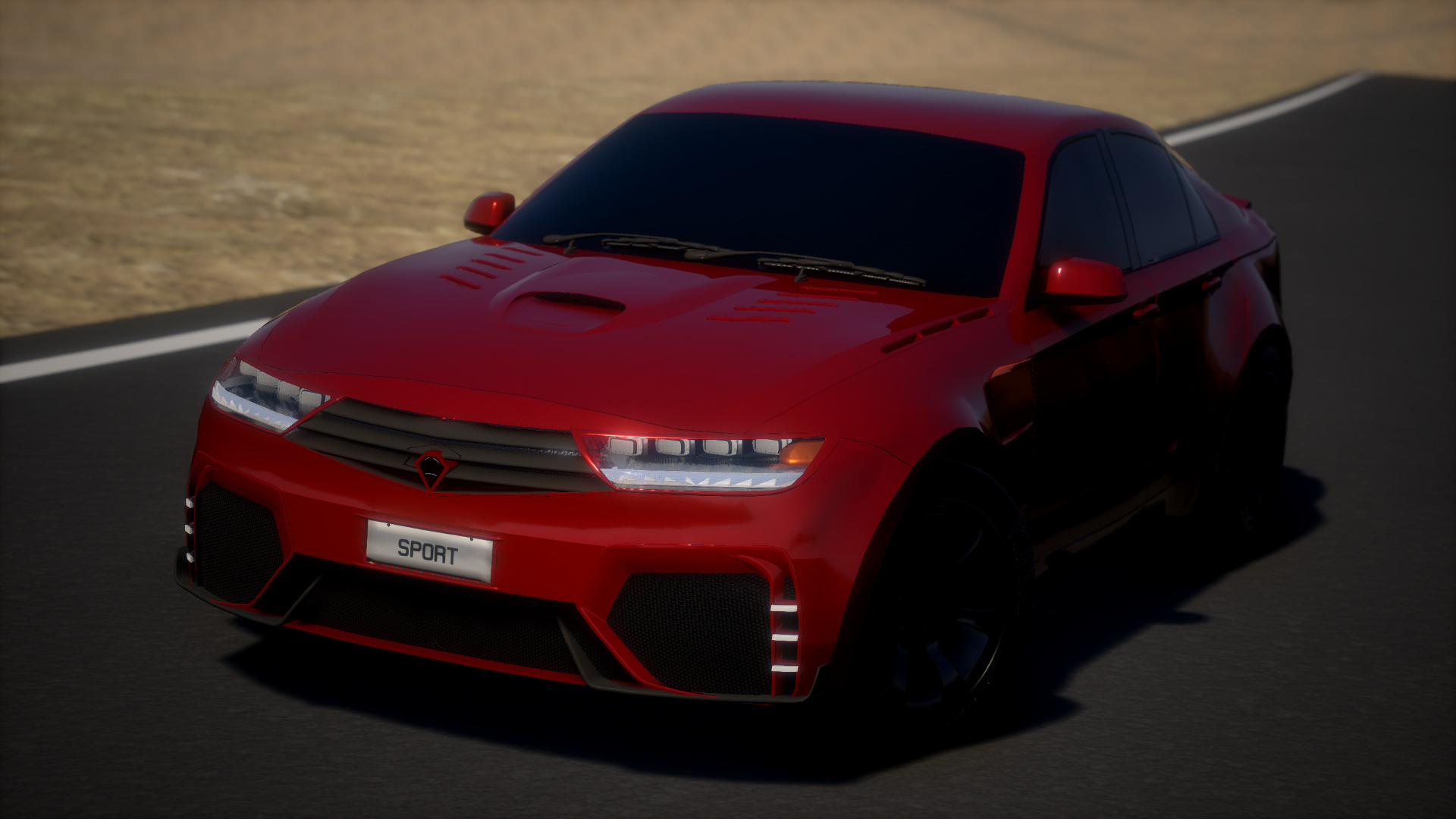 This entry did not fail on its own, but it caused me a huge amount of difficulty scoring it and attributing it when it arrived with the model and engine name as “CSR 97 - Riley”. Who the hell is Riley? Well, I spent a good ten or fifteen minutes going through all my CSR-related PMs, and it wasn’t until I saw Sky-High’s post here that I realised who submitted the entry. Naming conventions exist for a reason, people - without it, this challenge would be a nightmare to administer!

This one is a simple one; he violated the Chassis ET limit. 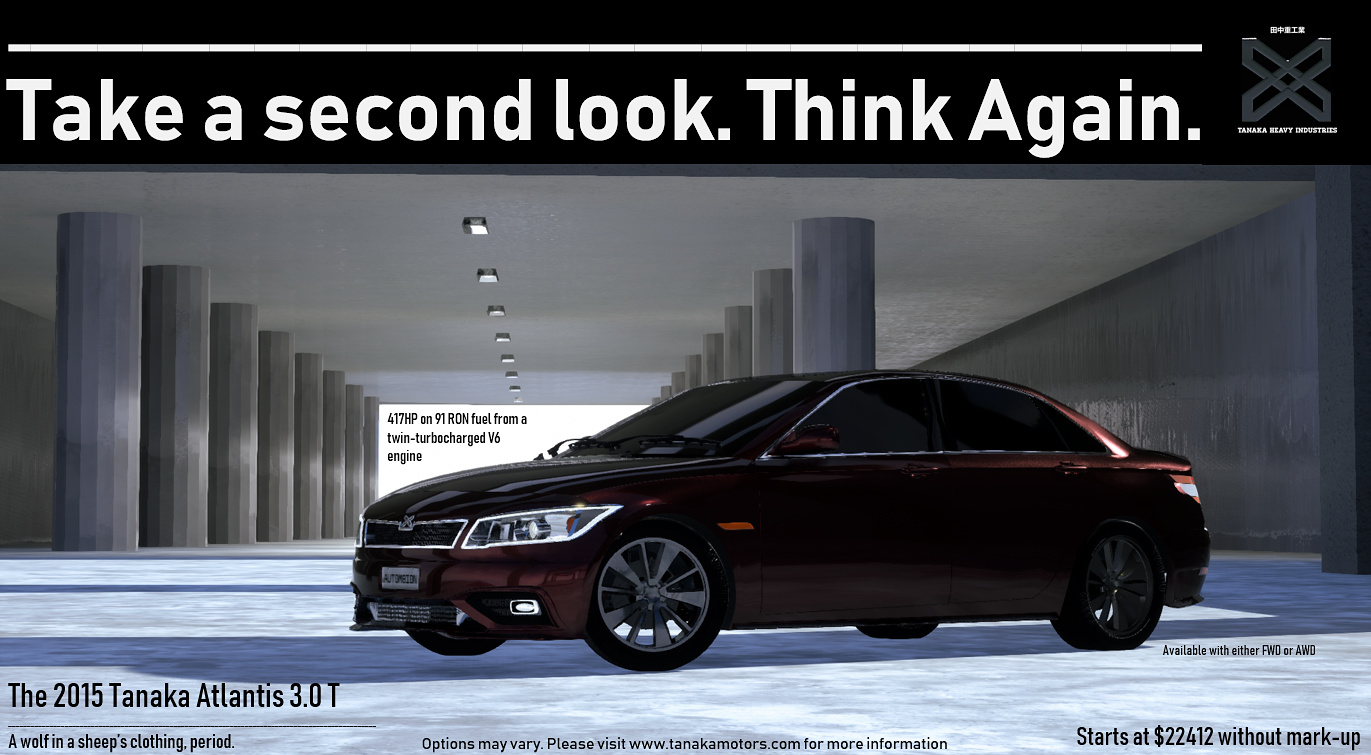 This one did not meet the minimum required trap speed of 200 kilometres per hour; instead, it only managed to hit 198. 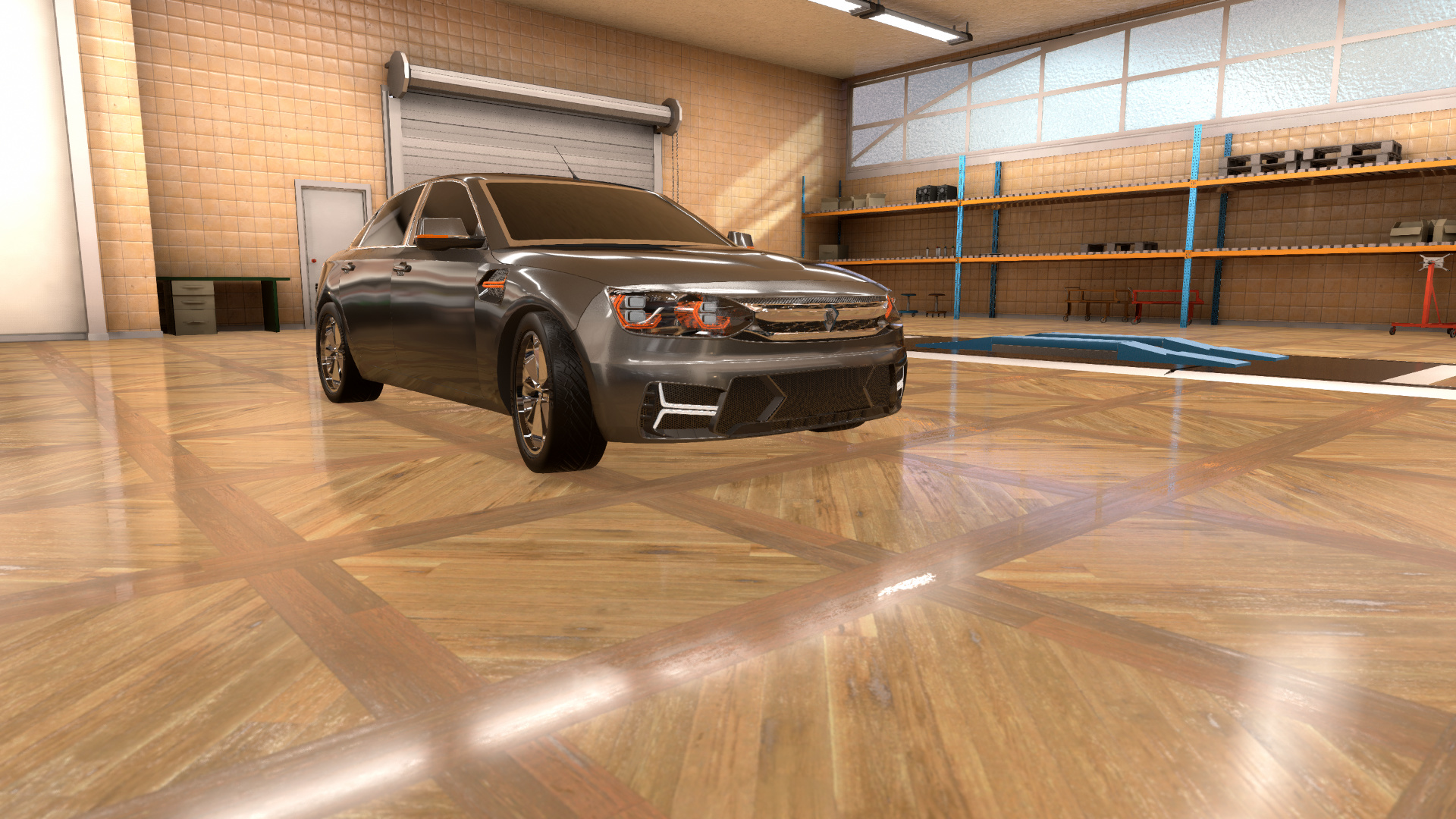 This one also missed the minimum required trap speed, crossing the line at 198 kilometres per hour. This is especially unconscionable considering that it had a massively unfair advantage running 100 RON fuel to everyone else’s 91 RON.

Another one who came in over the Chassis ET limit.

In the interests of cost-cutting, we have decided that we will not include electronic stability control on any of our cars, even though our so-called “government” has mandated it.

In spite of being painted the same colour as a high-visiblity safety vest, this car is about as safe as sticking a fork in an electrical outlet. Komodo also didn’t even feel like posting an ad for their car either, it seems. 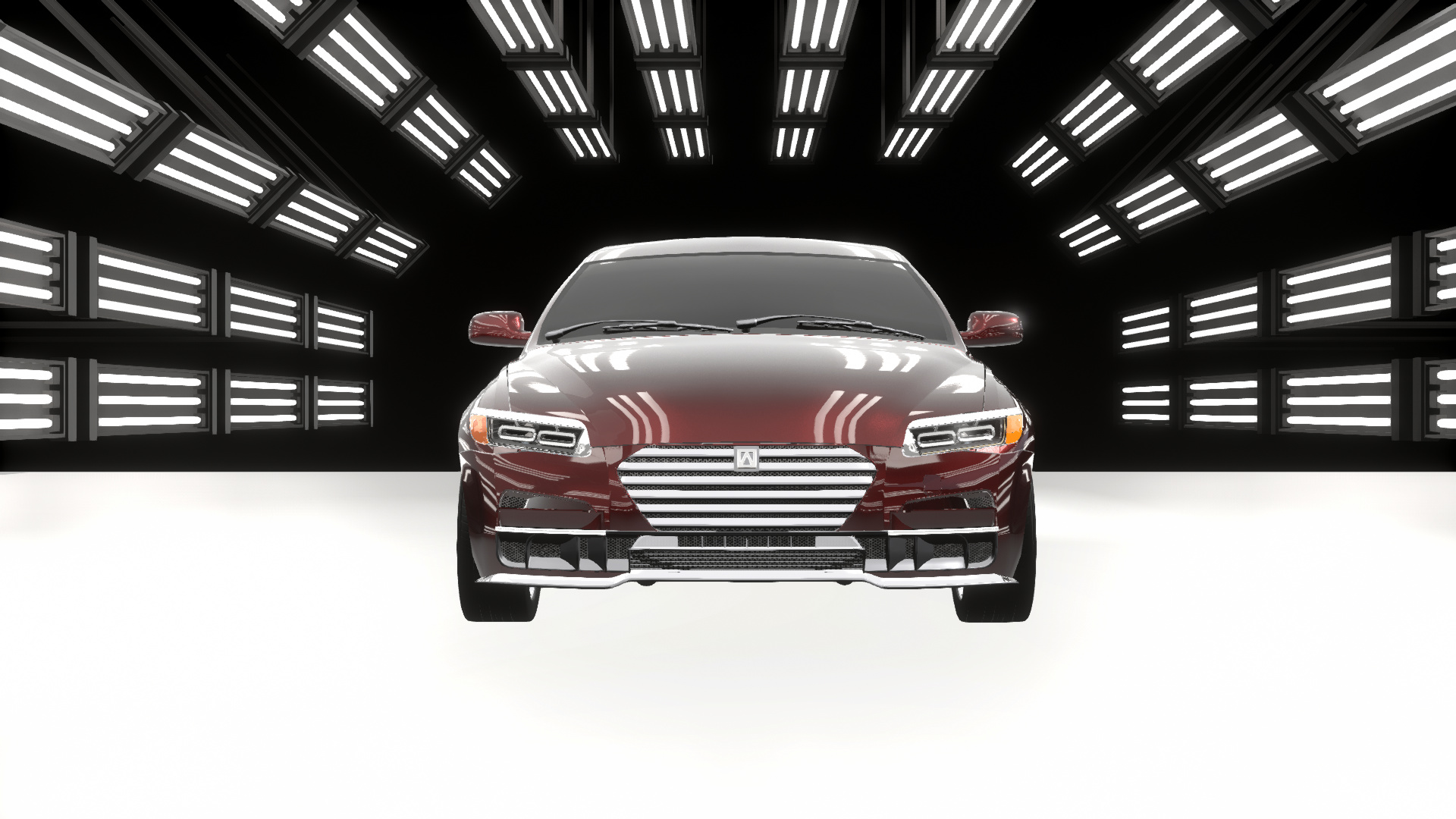 Zenith G3 - The leader in prestige and price maybe, but it definitely comes in last place for top speed and trap speed. 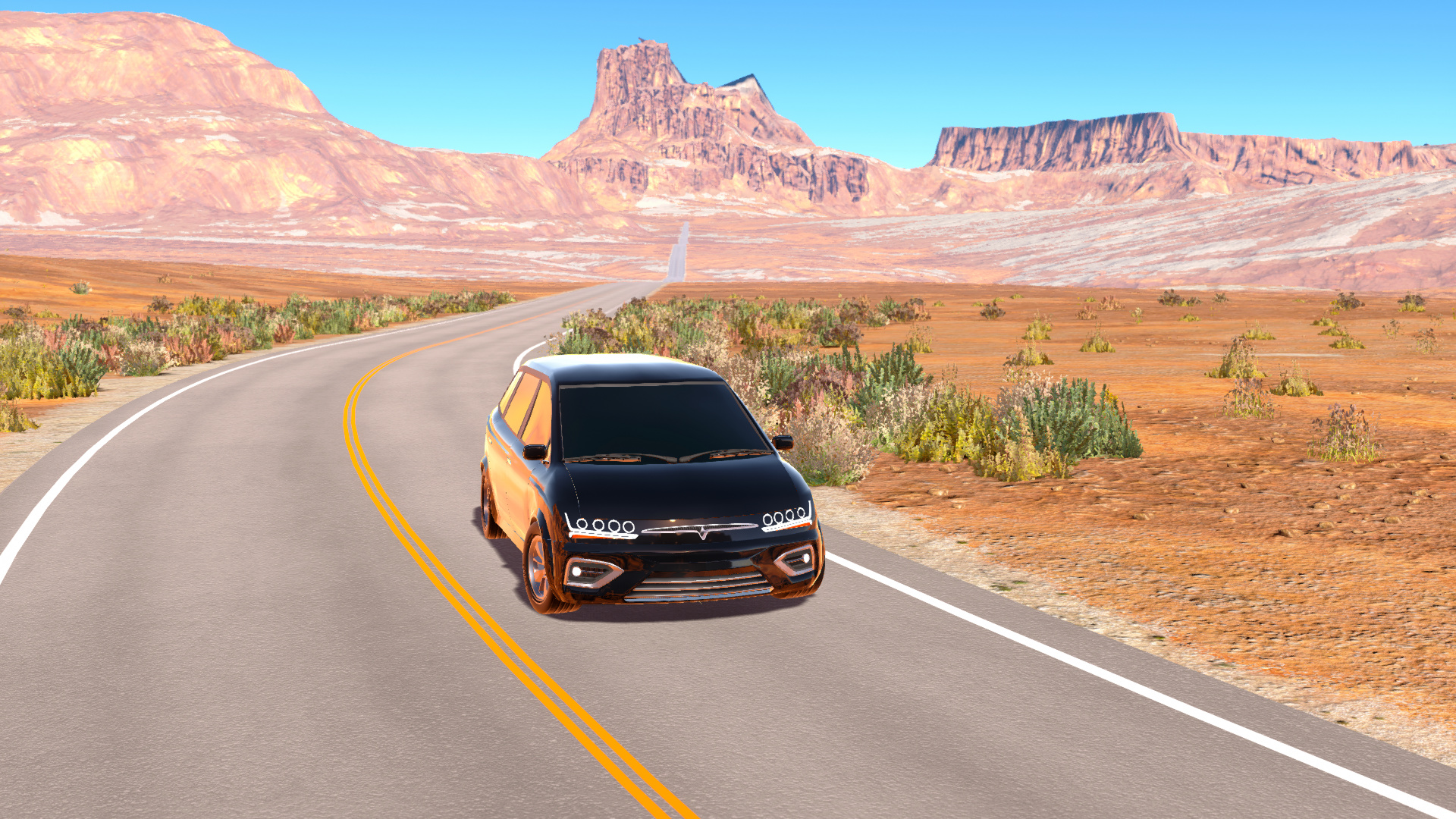 This one also arrived with the wrong name on it, though not as badly as the first car with an identity crisis. We also knew it was arriving for an hour beforehand because it was so loud that there was no way it could ever meet the Loudness restriction set forth in the original post.

Join us tomorrow for the review of the few remaining cars that didn’t trip over their own shoelaces and fracture their skulls on the pavement.

Had to reduce engine ET, lost 4 hp and 2 mph up top. But trap speed? I was getting 124 mph on the original track, so what’s wrong with the updated one?

I tested you at 199 km/h on the original track:

And also on the revised track:

So I guess you could attribute your failure as much to the car as you can to your country’s steadfast resistance to the wholesale adoption of the metric system. Please write to your congressman about this grave injustice.

I think I’m perfectly entitled to say that’s a little unreasonable. My name on the discord is that, my description on here is that, all my profile pictures are the same. I’d like to think that even if you had half a glance at who had sent the file before clicking download and move on it would stay in memory. Technically I haven’t broken any rules. I named it with the correct tag “CSR97”. I gave it an appropriate name. Other than your own disliking there is no reason why I should be binned.

When you are submitting a car, you’re submitting it as a forum user. “Riley” also being your name on the discord doesn’t excuse that since not everybody is aware of everyones different names

oops i’m not the host

Idk it seems pretty reasonable to me, when hosts get cars from entrants, they generally expect their forum name to be the one used for the car over a discord name etc. Hosting is difficult enough as is, I wouldn’t say it’s unreasonable for them to require the right name first rather than having to search to find the person submitting.

Edit: plus he never said anywhere that he disliked you or said you had a bad car

Each person that has a forum account also had to fill in their name in one of the spaces, this is displayed underneath the forum name as the actual user.

The Car Shopping Round Rules and Stats

Build your car. Name the model and engine family [CSR current round] your usename and the trim and engine variant whatever you like

I named it with my username. I followed the rules. Was there something else that I was close to breaking that swayed the judgment?

Is this Car Shopping Round or Salty Arguments Round?

This is a public forums, do you expect him to go through everyone’s profile? Riley, just learn from the mistake and don’t do it again, complaining is obviously not solving anything.

Edit: Also, your username is Sky-High, not Riley

You didnt follow the rules, your username is Sky-High, not riley. Its not the csr host job to hunt down your name. Use Sky-High when you submit stuff.

Side Note: Discord Rule Number 5
Many people had no clue who this forum account belonged too until this post, im one of them.

you know what? i have a suggestion. how about we let @Sky-High to host the next round so he knows the burden of hosting a round. and how that ‘just 10 extra seconds to check’ is annoying when you’re dealing with 40+ cars

I’m no longer in the competition, and you can’t enter back in. Now, could everyone that’s in the discord and on here stop battering me just for the meme, thanks. I expect Mrchips to come back with something similar so thanks for your help.

No problem, glad to assist.

Riley you ask us to stop, but you started it by defending yourself. I’m not going to berate you about it anymore, but don’t blame us for something you started. You could have just accepted the disqualification silently.

Yeah well, mine has a aluminium chassis monocoque and fibre glass panels. It doesn’t get much lighter than that, except for carbon fibre.
I even chose my suspension type after the weight and the tyre size. Basically everything and didn’t get beneath 1.880kg on my submitted entry.
But it was difficult and I really liked fiddling about on the car for hours to make it work.
I had a vision and I did it, so I’m happy no matter the outcome!

Fuck I did not read that there is mandatory ESC. Damn it. (kicking my bin away)

Man…this beast is a tank.
If this thing really hit the requirements, hats off to you.
In that case, I’m gonna have to ask you to hand me over those sweet stats of yours!

This one is a simple one; he violated the Chassis ET limit.

Fair enough but, in my defense, it was 139.9 when I last looked at it…I even had -1 quality somewhere to get it there.

Just downloaded it and opened it… it’s now 140.3 so I can’t complain…Grrrrr……

At least I didn’t get panned in a scathing review!