[Finished] CSR 94 - I bless the blizzards down in Antarctica

CSR 94 - I bless the blizzards down in Antarctica 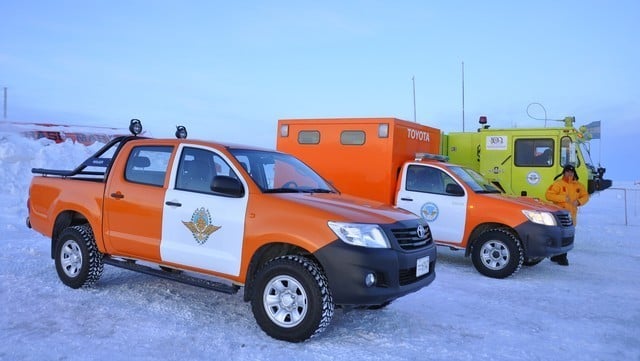 Read all the rules, requirements, and opening/closing dates! If you have questions or have found any weirdnesses, leave a comment! A lot of time has passed since the last CSR, and a lot of stuff has changed with the big updates (and many things could still break), that’s why I’m leaving several days until entries open (28/02 at 19:00 GMT -3)

The challenge is on the new game version (stable)

The intent with the budget and ET limits was to leave a good room for creativity and not constrain them much. I’ve made several test cars, but since the game has been rebalanced, if you feel they’re too low or high, say so.

The economical situation in Argentina is far from good. Obviousness aside, this is especially bad for publicly funded research organizations in the country, which have seen extreme budget cuts in recent times. Such was the case with the Dirección Nacional del Antártico, the organization in charge of overseeing and coordinating the operation of Argentinian research bases in Antarctica. But recently, they got good news. After a lot of asking, they’ve managed to convince the national and provincial governments to give them some funding.

The take is… the budget is still very far from ideal. It certainly is not enough to buy a good number of specialist vehicles, like tracked vehicles, special quadricycles, snowmobiles or unimogs currently in use.

Not all is lost however. Using modified light trucks could work, being cheaper, and thus allowing more to be bought. Also, it would allow more of the personnel to drive it easily without specific training, and they can be used more liberally than the heavier vehicles. It’s not too crazy of an idea, as it has already been tested in some bases. The Air Force operates some Toyota Hilux pickups in Marambio Base, and the Army has a Ford Ranger at Esperanza Base.

The idea this time is to buy several vehicles for use in the same and more bases, and of course, they will receive necessary modifications to be able to operate in the harsh Antarctic conditions.

A meeting with people from the Army, the Air Force and the Instistuto Antártico Argentino will be held in Ushuaia soon. A number of vehicles will be pre-selected, and added to a short list. These will later be delivered to Antarctica and tested there, to ultimately pick one.

The cars will be judged mostly by how able would they be to complete the tasks expected of them:

These ET are not a target value either, they’re maximums. No direct advantage for going under, but trying to get close to the limit might not be the only or best choice in every case.

Well, they aren’t going to choose a car for being beautiful, but don’t be lazy with styling. Instead of making it a stylish car for city use, make it look the part: a well equipped, realistic off road utility vehicle that looks up to the task. A lazy 5 fixture wonder will certainly not be that. And it’ll be humans choosing these, they are going to be slightly biased by this (if two vehicles are otherwise practically the same, or if one looks an outright lazy thing cobbled in 10 seconds that does not look capable at all)

Ask yourself: Does this car look realistic? Does it look like a modern car of its type? Does it need other modifications for offroading or utility that I can make with cosmetic fixtures?

Also, the people in charge of choosing these will be serious, if they straight away think they’re being trolled, even if the vehicle might be up to the task otherwise, they’ll bin it. Don’t send a purple Thanos Car, even if modified according to the challenge.

All that being said, fuel consumption of either kind will not be as important as the actual performance of the vehicle, unless it is too high that range is severely restricted or it has to be refueled too often, or if two vehicles perform too similarly and this is used to choose. So don’t cripple your car just to have insanely low fuel consumption, there’s a point where going lower isn’t that much of a difference.

Final notes on these:

Judging will not be based merely on the raw automation stats, I’ll also look at the parts and choices. Say you somehow get high offroad score with an open diff? Hmm I doubt it. Turbolaggy engine straight out of an 80s race car? Probably not good either. Etc.

And it doesn’t have to be a pickup truck! Those are just the examples I have. It could probably be a SUV too, or maybe maybe even something else, if you modify it accordingly and works well enough. As long as it’s a production car modified according to the rules, tasks and criteria above, fine.

These are subject to change, should any issues arise with the update. Also, leaving a good time window to compensate for this, and for the changes to balance.

Send your entry via private message with this naming scheme:

It’s been quite a while since we’ve been required to use 98RON - so why do we have to choose it now?

Here in Argentina, RON 98 fuel is widespread available, alongside RON 95. And if we think about the logistics related to the supplies sent to the Antartica, sending 98 octane fuel would make as much sense, if not more, than sending a lower grade fuel. 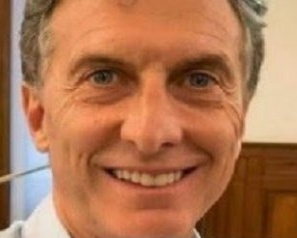 new stable version should drop today (pretty much the beta but stable). I would think it will be that version, which would also be the reason for the wait to enter submissions

As NiuYorqCiti said, 95 and 98 are widely available. And apart from that practically all new gasoline vehicles since some years ago here ask for 98. So they are going to get sent 98 octane fuel anyways, so you might as well use that octane.

Oh yeah forgot to clarify in this post. Yes, it’s meant to be in the new stable version. I made the post early because I was going to be busy today

If the update is delayed a bit, then a test car in open beta will be closest to what the update will be. And if it’s delayed enough, the submission date will be pushed forward of course

Submissions don’t open yet. Not even the update has arrived yet. If you click the link, you have a countdown until they open (if it doesn’t need to be moved).

And for everyone: Don’t rush your entries as soon as they open either. Take your time, give it nice eyecandy equipment, make sure you are satisfied with the rest too, consider other options if not, etc.

The update is finally here! The challenge will be run in the lastest version of Automation that has just been released. “openbeta” is not a thing anymore, just un-subscribe from any betas and you should get the new stable version with all the new stuff.

Since there are still almost 2 days until submissions open, that date will probably stay that way, unless there are serious challenge-breaking bugs. If someone knows of such a bug that isn’t going to get fixed before then, please say it

EDIT: And also there has been a rule update: I’ve decided a catalytic converter (of any kind) will be required but no emissions limit. This better reflects the stupid and token way in which we handle emissions. These cars won’t be registered anyways

Hey, i dont know if i just missed this, but are mods allowed?

Yes, normally mods are allowed unless explicitly forbidden… and if a challenge says it doesn’t allow mods very few people, if any, get interested in it anyways

Thanks. This was my first time entering so i wasnt sure

Some info on my car!
(this is gonna be a whole post, it will be copied to my car company page too.)

Zephorus Beluga -
The Beluga is a car for the environment. The combination of utility and practicality makes it the choice for nearly every company looking for a work vehicle in 2019.

Starting at $24660 it isn’t the cheapest, but the money invested is worth it. The Beluga gives back in so many ways, creating the ultimate sense of handiness.

With 5 seats it can carry the family, and fairly quick too, making use of the 238 horsepower and 352Nm of torque from the 2.8L inline 6 to propel the 2040 kg beast through the mountain roads at a top speed of 146 miles per hour. With a 0-60 of 7.7 seconds its sure to keep the lower classes in the rear view mirror.

The carefully tuned dual clutch 7 speed comes with 4x4 manual lock diff, connected to the sturdy monocoque chassis. Aluminium panels help to keep the weight of this vehicle down.

Not only this but the fantastic fuel economy of the vehicle is really one of the highlights, averaging 66mpg (uk units) and a high of 72.1mpg cruising at 41 miles per hour. A key point to this vehicle is the idle efficiency, which sits at 1.31L/h.

Whether you’re looking to grind out some Arctic expeditions or take the kids to school then this vehicle is surely for you. Promo video coming soon…
Promo vid:

Official photos of the truck taken in one of the brand’s dealership, in Puerto Madryn, after the modifications have been done to it.

The list of modifications done to the stock Paiute are: