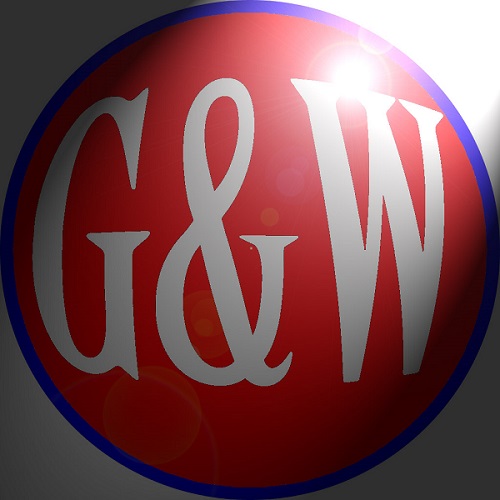 Founded by Samuel Godhap and Martin Whent in 1957.

The first design was finalised in early 1958, with the aid of Martin’s recent acquisition of a business that produced a line of 1.6Lt engines… not that he remembered purchasing it. As a first facility, they bought a small, empty warehouse in near Worcester.

The Seax was a small 2 door sedan, uncomfortable and woefully underpowered. The Bowes-Lyon 4-101 at 1664cc produced 41Kw. In tests, it was only capable of a flying lap of just under 1:49 around Castle Combe, and (by agreement with Hawker Siddeley) a “Figure-Eight” of Dunsfold Aerodrome’s runways took almost 1:57.

The first Seax was followed by a much sportier car, in the shape of the Stamford. A little trickier to master than the Seax, the Stamford was a much better car. It may not have been as good as some of it’s rivals, but in terms of performance for money, it was hard to match. Seen by customers as both a capable track car or a light sport, the premium interior was let down only by the standard quality radio. The decision not to fit power steering didn’t seem to deter many customers. The 120hp 2.5L Buckingham I6 gave the car plenty to brag about, including a sub-9 second 0-100 and a top speed of exactly 100mph. It was a touch thirstier than ideal returning 18.8 Mpg (UK) Available with a 4 speed manual and 3 speed automatic (£610.59d), they were sold with a 20% mark-up.

*Price displayed for manual version according to BoE Inflation Calculator

In 1965, the first update for the Seax was released. Suspension and braking improvements, 50% more power, the option of a 6 cylinder from the Stamford… and even a wagon body was now available. Unfortunately, the safety features were still stuck in the 50’s.
The 2.5L 4M-2500 coupé had the 120hp version of the Buckingham and a 4 seat premium interior, which gave the Seax a new market… Commuter Premium.
The Seax was now offered with both a 4 speed manual gearbox and a 3 speed automatic transmission.

Note: Above claim on lap time can be verified on this circuit: Brands Hatch - Indy v2 Flying lap.zip (1.1 MB)

In 1967, the first update for the Stamford was released. There were small touches of chrome (including a “140” hp badge) and a new bonnet, but otherwise it was visually identical to the '62… a valid decision given the 62’s low sales figures. Sports compound tyres, 4 wheel discs and a new manual gearbox made track enthusiasts take a closer look. It’s kerb weight of 923kg meant experienced drivers could lodge a 1/4Mi time under 16.5 seconds. Compared to the average income of £828, the £550 asking price put it within reach of most common workers.

In factory spec with a trained driver, this car managed a flying lap of Castle Combe Circuit in under 1m32s.

By 1969, still using the same block, the BL4-101’s thick cylinder walls had been machined away, giving an 80mm bore, and combined with a new crank with more throw, for a 90mm stroke; increasing capacity to 1810cc. Now technically a 1.9L and fitted with a 4 barrel carburettor, output was 70Kw at 4900rpm, but it was still found exclusively under the bonnet of the Seax. This was not necessarily a bad thing, as it’s idle speed of 1100 rpm annoyed the absolute shit out of people at the traffic lights.

The 4 cylinder Seax was now simply called “1900”, while the 6 was, logically, “2500”. Both the coupe and wagon could be ordered with either an automatic or manual, and either the “1900” i4 standard or “2500” i6 premium trim. Even after 9 years of production and 2 facelifts, there was still no sedan body available, but that was how G&W decided to keep it. Improvements to the lineup included the fitment of power steering, and the switch to 2 piston front brakes. There had even been time and money invested in making the old body safer, bringing it up to par with modern cars. The front seats now had 3 point belts and head-rests, while the rear passengers still only had lap belts.
The 1900 was now knocking on 1000kg, could reach 158km/h, and had an average fuel consumption of 13.5L/100Km.
Although the asking price was now £521.59 for a manual 1900 (BoE calc), it was still sufficiently attractive to people looking for a comfortable commuter car.

The 1973 Seax was to be the final face of the nameplate. As always, it was available with the BL4-101, which now had 93hp, (thanks to not only a much better camshaft, but also… a new tubular exhaust manifold; not the old gnarly one), or the new WC6-S227 “Windsor” 2.7L I6, which ran on 91RON ulp (but had no cat).
You could still choose either engine with the coupe or wagon body, but now the “2700” could be had with either standard or premium interior trim (“L” or “GL”, 1900 “L” only). The lower spec trim had cloth seats, an AM radio and everything else that was expected in a family car, while the premium trim (with all-leather cow interior, and big, brown, baby-seal eyes for headlights) now included an AM/FM/8-track player.
Performance was markedly superior to previous offerings. With the 4 speed manual, top speed was 158km/h, and under 13s to 100km/h, which was still easily surpassed by the 6 cylinder. The “2700” had a very useable 105Kw @ 5700, enough to drive the Seax (with the lower spec interior) to 180km/h, and had been known to reach 100km/h in a hair under 9 seconds.
A sportier version, the “2700 GT” was offered with the standard interior and radio, larger rear drums, a largely cosmetic rear wing (speed reduced to 175kmh) and badging.

1973 Stamford
This is the second facelift for the Stamford, unveiled in 1973, now with a WC6 “Windsor Castle” powerplant delivering 90Kw @ 5700rpm. Inside we’ve provided nice cloth-covered seats, and a single speaker AM radio, but you’re not here to be coddled, are you? Underneath, alloys wrapped in 195/70 x 15 sports radials… now it’s getting interesting. Ooh, a 4-speed manual and an open diff! Why? So you don’t get a nasty surprise when cornering, like some of the competition offers you. Hydraulic power steering? Of course. Disc brakes at the front end, drums at the rear, with a softer friction material for a nicer, more predictable, stopping experience.
Running on 91 octane fuel, fed through a 2-barrel carburettor, the WC6 has a peak torque of 190Nm @ 3200 rpm… there’s 60Kw available from about 100Kmh in top gear. Fitted with a 3.68:1 diff ratio and direct 4th gear, it can do 0-100 in under 10 seconds, and reach 169Km/h (WARNING: NOT ADVISED). If you’re into economy figures, this baby only uses 17L/100 Km (in UK MpG, that’s 16.6). Expected maintenance costs are under £65*/yr.
With an RRP of only £1045.92* (1973), performance is more affordable than ever (A small, soon to be iconic car costs a touch over £600).

*Pricing as per Bank of England Inflation Calculator, 2015 as reference year.

A bit over-designed…but made to perfection!

Are you asking me to lie?

No not at all, I just figured the name was a play on words is all.

G&amp;W Sherwood 70.jpg960x540 147 KB
1970 Sherwood
The third vehicle to roll out of the G&W facility, on the recently added third build-line, was the utility focussed “Sherwood". Similar in its lines to many other off-road and work trucks, the Sherwood is powered by a BP6-225 “Buckingham", similar to that used in the Stamford, but with mechanical fuel injection. The feature list is only going to help sales:

The Sherwood is a very capable off-roader that is also quite well suited to delivery duties. Fuel economy is heavily influenced by speed, and in a metro environment, you’ll use as little as 10L/100Km, with the average rate in testing a reasonable 16.3L/100Km for the RWD, or 16.7L/100Km for the 4WD. The ability to have 700Kg towed or a 660kg load in the bed makes this a very useful work-horse. Combine this with its ability to climb roads sloped up to 25deg (un-laden), and you won’t need to look any further for your next hauler.

*2 radios to choose from, or delete option.

For 1976, the Sherwood B25 has seen a significant mechanical re-work. Whereas the 1970 had a total payload of under 700Kg, the new model can carry a full 1000kg with only the driver on board – not a bad trick for something so small. It’s ability to tow a load is similarly impressive, being rated over 880kg. The RWD version only weighs 1021Kg, and has been demonstrated towing de-engined units (listed as 844kg); in 4WD guise, it clocks in at a slightly heftier 1125kg. Unfortunately, it seems to be tuned to other, non-european, market tastes, but this does not mean we don’t expect strong local market sales figures.

The tried and trusted Buckingham BP6 with MFI still sits under the bonnet, unchanged from the one found in the previous Sherwood. Although fuel consumption is now 17.1L/100km, we are sure the Sherwood’s improved ability justifies the increase. Top speed is still hovering around the 160Km/H mark.

The most common specification includes the fitting of a dual-speaker 8 track player, and 185mm wide all-terrain tyres. In this configuration, a Sherwood costs quite a bit more.

In 1977, G&W figured it was time to make another attempt to break into the US market; Plans and permits weren’t finalised the end of the year, which worked well with the release of the 2nd generation Stamford coupe in 1978. Units destined for the US market were finished on a modified line, forcing G&W to expand their workforce slightly.

COMMON DETAILS
As per standard with G&W, they offered a choice of 2 radios, or a delete option, with the default being a 4-speaker 8-track player - the better option, a high-quality set, was actually quite desirable. Typical quality cloth-covered seats, and durable carpet were specified as internal furnishings. The instrument cluster now contained a prominent tachometer, with both a voltmeter and ammeter in addition to the expected gauges. A hydraulic-boosted steering system made pointing the sub 1100kg car effortless, but a touch floaty at higher speeds. 15" steel rims were the go on all vehicles, shod with 195/65 rubber on all Euro, and on 6 cylinder US units.
Safety features included a “flexible” (in collision) steering wheel, collapsible steering column, and head restraints.
Suspension was maybe a touch old-tech, with twin tube dampers being employed, but there were progressive rate springs. It sat comfortably in the minds of those who were looking for a sporty ride.

US SPEC
Available with either the WC6 ii 2.9, or the AU4-S322 “Aethelred” 2.2L (135Ci) 4 cylinder, coupled to the buyers choice of automatic or manual (yeah, like they’d buy that). The injected 6 cylinder offered greatly superior performance when compared to the 4 cyl, with 130hp @ 5800 and 143 Lb-ft @ 3200 giving a tested top speed of 118mph. In the hands of a profesional driver, on road tyres, a time of approx 1:35 at Castle Combe was recorded, with almost 4 more seconds taken off running on same-sized super-soft rubber. It was even viewed by some as an attempt to grab the end of the “Muscle Car” fad, interesting for a sub-300Ci engined car.
The sky-high ground clearance of 223mm had some state-side critics open with both barrels, but in their defence, G&W stated that it gave the best compromise over selected subjective metrics. The front brakes were derided as being a touch grabby, most likely due to being over-sized.
4 cylinder cars were fitted with 185/65 all-season compound rubber.