His Highness Demands is an ongoing (for a while) challenge, that will follow the Communist monarchy Semyonovia (the only of its kind!) through 2 rulers, 5 decades, 3 wars and 1 rebellion.

His Highness Demands 4: A Car Worthy of a King

A sole MiG flew overhead as the King of Semyonovia, the honorable Gevketovt II, stood outside his mansion. He was waiting for his limo, which had served him faithfully for the last twenty years - a humble servant from a humble place that no longer exists, thanks to the Capitalist West’s interjections into the Eastern Bloc. The King sighed, reflecting back on the past - how many years had it been? - but was quickly interrupted, as if on que, by his young attendant.

“My King, I’m very sorry - the limo’s not starting again, and the spare’s still broken. Should we call and try to have someone find a vehicle for you?”

“No, it’s quite alright. Just bring one of the CMTs around.”

The King wasted no time in drifting back off to dreamland - remembering the first time he’d put on a contest, looking for a People’s Car. He chuckled as he remembered it. That was great fun. It’d been a little while since the King’d had a good laugh, now, with tensions rising across the globe and his small nation smack-dab in the middle of them all.

Getting into the CMT and pulling out of the gate, the King looked out the window to see all the happy people he’d been taking care of for so many years. The King broke out into another smile, waving to his citizens. Semyonovia, in a stroke of luck, had happened to be on top of quite a large oil deposit, as he’d found last year. The new flow of funding from across the Soviet Bloc - and, in turn, the rest of the world, as oil was quite desirable - had certainly helped his nation - the once insignificant third-world country was now on the map, with the cities’ streets bustling now more than ever and more modern attractions popping up across the island.

Driving past all of the now modern cars parked on the side of the road, King Gevketovt saw progress. He’d brought his nation from the bottom of the pack, and quite impressively shaped it into what it was now, a growing and maturing economic, industrial, strategic and cultural destination in the middle of the ocean. He still remembered how the average family got around on horseback or in a cart just thirty years ago.

Bringing his attention back to the task at hand, King Gevketovt settled into the seats of the humble CMT as he reminded himself of what was to come. Meeting with the ambassadors from nations, both Eastern and Western, to decide the future of the world - but he, the King of a newly-wealthy, strategically important nation was showing up in a poorly maintained and quite abused family sedan!

King Gevketovt turned to his driver. “Isn’t it about time we find a new limo?”

The Chairman of Automotive Relations steps into a well-lit conference room, walks up to the stage, and claps his hands. Chatter dies down as the forty or fifty well-dressed men seated in front of him turn their attention to the middle-aged and quite obviously Semyonovian man.

“Gentlemen, you’ve been gathered today for a rather important matter.”

“As you should now know, our previous political limousine - the rather unreliable and, dare I say, outdated bus that it is no longer fittingly represents our upstanding nation. And, so, as is due course, we have contacted you, representatives from well-respected manufacturers worldwide, to solve this problem.”

"This vehicle should be:

Performance, too, is required - we cannot have an important person put into a difficult situation because their vehicle was too slow to escape pursuit, in the case, unfortunate as it would be, of any such thing. Handling, while not expressly required, would be a benefit in any amount. If the car is impossible to drive, this would be a problem. Some importance is levied on this because of the recent… tensions, which I’m sure you all know of.

But most importantly, the car must look the part both inside and outside. The King is used to less-than-comfortable cars seeing as he rules over an island nation that, until just a year ago, was off the map and out of sight, but he can’t drive around in his limo from 1950 anymore. Gentlemen, we need a modern car for a modern kingdom, and I hope you can provide.

Ideally, we’d have the first models on the road by 1974. We’d be looking to purchase at least fifty, probably more, and, of course, we’re willing to pay top dollar. Again, gentlemen, this is a car that has to be fit for a king. Thank you for your time."

Your car must have a respectful reference to the Semyonovian communist monarchy somewhere in the car, i.e. calling your car the “Whatever-bit-here Persktokt Special”, after the capital, or something about the design, colors, ads, etc.

THINK REALISTIC. Unrealistic choices (like a 4 cylinder in a King’s limo, or -15 quality brakes) will get a

. Larger cars are preferred, as it’s not exactly supposed to be a city car - but don’t worry about stretching it, someone else will handle that.

YOU SHOULD USE QUALITY POINTS FOR THIS CHALLENGE. The car in question is not an everyday street car, it’s an exclusive limo destined for the most powerful people in Semyonovia. Don’t let your ‘never use quality’ sense kick in; ET and PU are high for a reason.

To calculate Dakotz, take Trim Material Cost (from side panel) and divide it by 7.

No wheelbase tax will apply as these vehicles are not intended for purchase by the general public.

Great subject choice! Just one thing, 2,900 Daktoz seems a little on the cheap side for a King’s limo.

That’s just material costs, not total cost. Total cost would come out to be somewhere around 8,000 Dakotz.

Don’t you think the exchange rate would be a little better? They’ve got Oil… and strategic value.

The exchange rate is fixed by the government as it has been since 19-- because of their previous economic instability… or something?

Also 7’s a nice and easy number to work with

quick --doublepost-- but I forgot to add the one mandatory rule, sorry Crash.

Also forgot the naming scheme but that’s a lesser evil.

Must have a respectful reference to the Semyonovian communist monarchy somewhere in the car, i.e. calling your car the “Whatever-bit-here Persktokt Special”, after the capital, or something about the design, colors, ads, etc.

It’s in there now, of course, but just double check your car’s name before you submit, please.

There should be something in my lore… 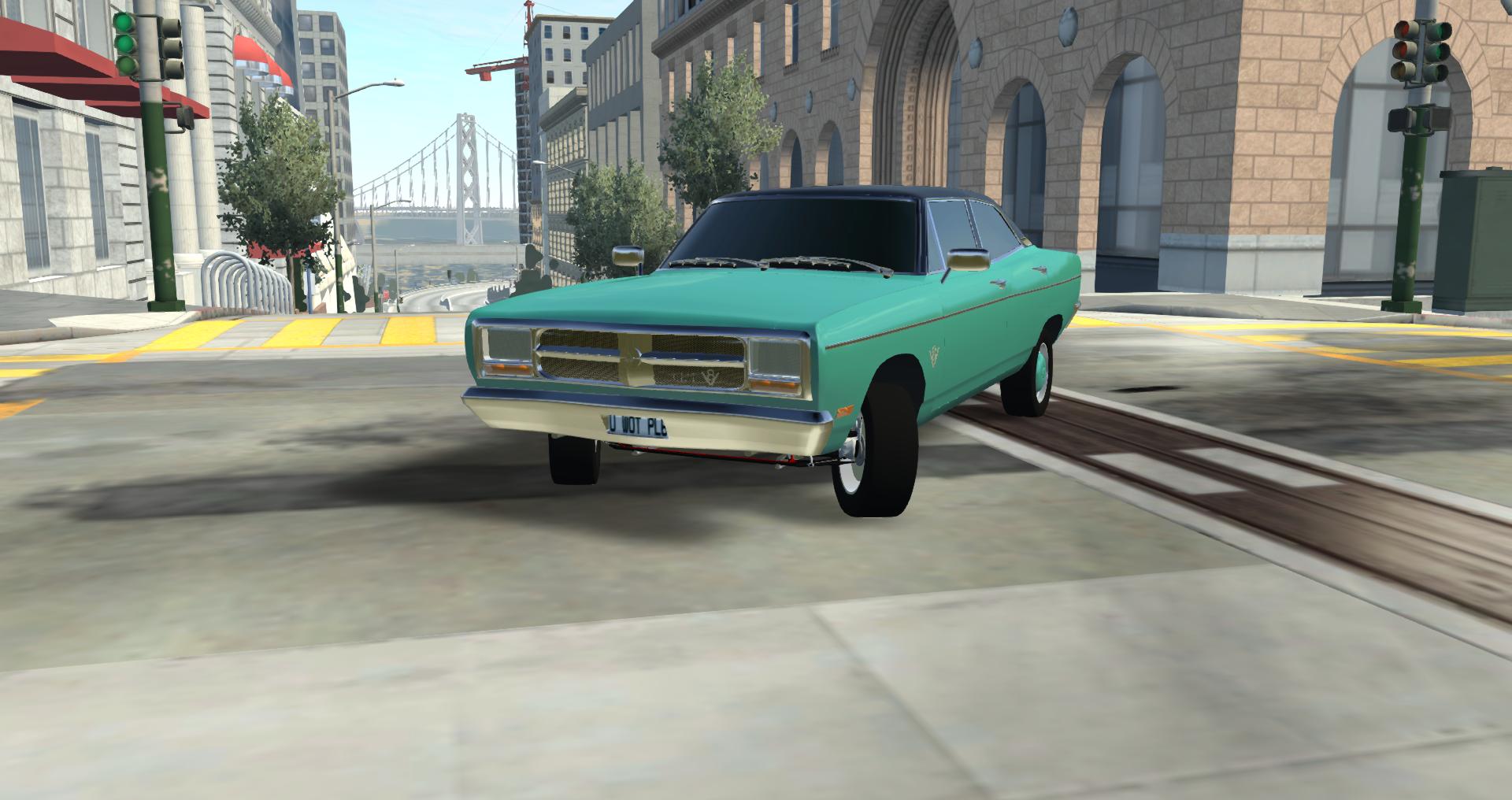 Does this mean it has to be either one of them? Or is the loudness restriction capped to 30? Because had to drop like 80 horses just to reverse flow it ;-;

Is there still a wheelbase tax? This might kill my car…

no wheelbase tax will apply as these vehicles are not intended for purchase by the general public.

The King deserves something that’s easy to drive - surely there has to be a minimum drivability value as well?

Edit: Even with a chauffeur, drivability should still be a concern - whoever is driving it should not find it too difficult to maintain control of the vehicle in daily driving situations.

He has a chauffeur.

If your citizens drive CMT, why don’t you, dear majesty?

We know why: We did not present you our new flagship yet. The Excelsior is CMTs top model and capitalists admire the 70i luxury model. But we won’t molest you with capitalist cars.

The Regent special model has an own engine, own styling with crown decors and MORE LUXURY!

The double antennas are for radio and car telephone, and on the front fenders you’ll find electrical retractable flag masts. Two tanks, one at each side, if a bullet shoots a hole in one you will still be able to escape.
The CMT Excelsior Regent does not only feature handmade hyper-luxury interior, its mighty engine is able to outrun every attacker and the ultra-stable chassis is immune to ramming attempts, as the following photos of our tests will show.
As your country still has some rough areas you will be pleased with its surprising offroad abilities, so attackers will be shaken off easily unless they come with jeeps - but then just go back onroad, where they have no chance to maintain the speed of the Excelsior.

Not even a heap of planks, hit at 100 kph, was able to hurt the occupants and not even stopping our car!

And just look at this design - prestigious, modern, signalizing authority and power as well as worldly and modern attitude. Nobody else than our CEO Christoph Martin Thandor designed this car, and he did it just for you. Dear majesty, please call our CEO directly under the number given in the brochure.

@GetWrekt01 If you can’t get loudness below 30, 2 mufflers will do but keep in mind that’ll detract from comfort score.

If the car is impossible to drive, this would be a problem.

If a car’s quick but impossible to drive, it would be quite some trouble using it to get away from trouble. You can decide for yourself how much you’d like to focus on drivability.

You used the crown too

Now I feel like I should’ve uploaded the teasers of my cars 6 hours ago, when I finished building it.
Edit: Actually, after observing, we took a lot of similar hardware choices

The only inspiration was my company thread. It’s basically an 1965-1975 Excelsior with headlights of the 1975-1991 Regent to create a credible link. between the two CMT flagships. The king searching for a car was a perfect opportunity to introduce the Regent name, at first as special model, a year later for the successor. The crown re-appeared with the 1988 second face-lift of the Regent.

How many people will be carried in the vehicle?