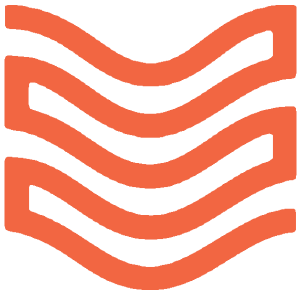 1951 brought about the very first Kyung-Yeong Industries car: The Ssanvan. It came with 4 variants, Saloon, Estate, Van and Ute. The Ssanvan was good for the decade, although quite uncomfortable, it was greatly affordable, economical and a great family car. Equipped with a 1.1L inline 4 eco single barrel eco twin-carb paired to either a 2-speed automatic or 3-speed manual, it produced a whopping 42 horsepower, providing a top speed of 86mph, and a sluggish 0-62mph time of 37.8s.

Despite its lack of performance, Ssanvan was a very manageable, drivable car, with low service costs and great economy of 33.5mpg combined (26.4mpg City and 40.5mpg Motorway).

In 1953 it received an update with new radial tyres, frontal twin-leading drum brakes, and advanced safety features, the engine was further upgraded making a bit less horsepower at 41.6, but improved economy, with now a 40.4mpg combined.

Glad to see you’re back to posting cars Aruna!

Relatively simple design yet very tasteful and realistic. Love it!

Great start to this new brand of yours - keep it up!

In 1954, the Dileieom V12 was released in limited numbers. The complete polar opposite to the Ssanvan, a luxury car with an impressive 6.0L SOHC 2 valve V12 featuring 6 two-barrel carburetors, that produced 245hp paired to a 2-speed automatic. It came as either a saloon, coupe or convertible.

Unlike the Ssanvan, this luxury masterpiece had awful economy, high service costs and a high price. All that expensiveness brought about fantastic comfort and prestige though. The car went on to be revised in 1957 with hydraulic power steering, highly advanced safety equipment, and some flashy new trim. Further revisions were made in 1961, when it got a new 3-speed automatic, full single-piston solid disk braking system all around, semi-clad undertray, and further advanced safety features with a classier look.

The first Kyung-Yeong sports car, the Seupang featured a 2.0L inline 6 running on DCOE triple carburettors outputting 160hp at 6,500rpm. It could reach an impressive 168mph and was able to do 0-62mph in 6.07s. The car had solid disks all around and hydraulic steering which eventually advanced into KYI’s family cars.

It was offered in all standard Kyung-Yeong colours from previous cars, as well as newly introduced: Rain Blue, Sunset Orange and Midnight Black.

In 1970 there was a facelift model: The Seupang Turbo which featured mechanical fuel injection and a ball bearing single turbocharger, boosting it to 220hp @ 6,400rpm. It now had a fully clad undertray, advanced safety, new 15-inch magnesium wheels and a gas-mono progressive suspension as well as an 8-track radio. A weight-reduced track model with easy-remove seating, harder springs and racier tyres was quite successful in this facelift version, with optional radio fitting.

In 1974, the Seupang Turbo II released, equipped with a geared LSD, variable hydraulic and further safety enhancements. With 222hp and the light weight from aluminium panels, it could hit an incredible top speed of 181mph, and 0-62mph in 5.6s, which made it the fastest production car for a few years.

All 1974 Seupangs were offered with additional metallic coats of paint on the three exclusive colours to the Seupang: Rain Blue, Sunset Orange and Midnight Black.

The Seupang was also Kyung-Yeong’s first leap into motorsports. The first generation Seupang LM-R was entered in the Japanese GP from 1967 and 1968, coming in at 3rd and 2nd the following year. It was also the first South Korean car to enter Le Mans in 1967 entering in the Prototype 2.0L class. The LM-R finished 4th in class through its reliability and fuel efficient strengths over power. The following year it also finished 4th.

In 1970 when the turbocharged Seupang came, the next generation LM-R came with it with adjusted body work and now a wing to aid with its already impressive agility at the cost of speed again. Due to it being the only car to finish Le Mans 1970 in Prototype 2.0L class, it was awarded 1st place in class. It finished in podiums all throughout the years till its replacement LM-R Turbo II, a 351hp monster machine. It dominated the Prototype 2.0L class and earned multiple 1st place finishes.

The Leolieom became the successor to the Dileieom, releasing and replacing it in 1967, featuring an updated 6.0L V12 originally from the predecessor. It came standard with solid disk braking all around, semi-clad undertray, hydraulic steering and neatly decorated cloth interior with a mid-range radio, as well as either a 3-speed automatic or 4-speed manual gearbox. The Leolieom also came with a premium (Peulimieom) trim grade which featured advanced Hydropneumatic suspension, and a full padded faux leather interior, giving it an extra air of luxury to the entry level premium saloon.

It was offered in a range of different colours: Midnight Black, Cocoa, Imperial Red, Imperial Blue, Imperial White, and Lavender.

In 1978, the Leolieom received a major facelift, with a 4-speed automatic, alloy wheels, fully clad undertray and advanced safety all as standard. As well as new colours introduced: Dubai Gold and Gunmetal. Additionally, Imperial Blue, Imperial White and Imperial Red were offered as metallic paints now.

In 1969 the next generation Ssanvan was released, now on a front-wheel drive transverse chassis using a torsion beam rear suspension. The new engine was a mechanically fuel injected 1.4L SOHC 8 valve inline 4 providing 60hp. New to the Ssanvan was the front disks, semi-clad undertray, hydraulic steering, gas mono suspension and radio as standard. The base model came with either a 2-speed automatic or 4-speed manual gearbox, paired with the engine it would get to 62mph in roughly 19.3s and reach a top speed of 102mph.

Introduced to the lineup along with the standard 1.4L Ssanvan was the 2.0L 104hp “GT” version with lightweight bumpers, magnesium 13 inch wheels, rally fog lamps, and racy side-decals. It also had wider arches fitted to accommodate a wider track width making it a lot more agile. With sporty looks and performance, it was quite a new but expected release following the Seupang sports car.

Come 1976, the facelift was released, which came with additional weight because of additional and improved safety features. The minor facelift came with chrome & plastic bumpers, as well as body-paint wing mirrors giving it a more modern aesthetic. The base model even came with a basic manually operated sun-roof.

Golden Yellow, Mist Green and Silver were introduced to the colour pallet in 1976.

In 1970, just after the Ssanvan’s release, the new Sayuti replaced the original “van” in Ssanvan. With a very reliable 3.0L inline 4 which provided 153lb-ft of torque at 2100rpm, and 105hp at 4400rpm, it was enough to get the small yet highly usable van moving, weighing just over 1000kg. With MacPherson front struts and leaf rears, it made it much more suitable as a light-van and truck. It came with three variations: Van, MPV, and light truck/utility.

In 1977, the Majijeol was revealed, a fancy luxury saloon, convertible and coupe with a 6.0L V16 from industrial counterparts of KYI’s brand. Using high quality parts, the Majijeol consisted of a 4-speed automatic, magnesium wheels, solid 2-piston disks all around, fully clad undertray, hand-made interior and luxury 8-track with additional sound system as well as an experimental hydropneumatic suspension. With the Majijeol’s elegant looks and style as well as superb reliability, it did exceedingly well. The limited production ran by order, running to 100 limited edition models.

In 1982, it received a facelift now with AWD, electronic 4-speed automatic, vented disks all around, cassette player and variable hydraulic. The updated engine now ran a multi-point injection twin turbo setup, making a hefty 277hp, able to reach 160mph. The very experimental, almost non-production model was made to order and only 10 were produced, with one being made on an extended wheelbase for the president of South Korea.

To enter the premium market, Kyung-Yeong released the Leolieom in 1979, featuring as a saloon and estate, it used a 3.4L SOHC V6 twin turbo with mechanical fuel injection. The Leolieom had an electronic 4-speed auto, 14-inch alloy wheels, fully clad undertray and an 8-track. A more premium version was released with a 4.8L Twin Turbo V8 sourced from their industrial sector.

It was offered in; Imperial Blue Metallic, Imperial Red Metallic, Midnight Black, Gunmetal, and Off-White. With premium models having optional two-tone with the lower body being Gunmetal.

In 1986 it got an update now with; multi point injection, variable hydraulic, ABS, advanced safety and a cassette player as well as comfortable adaptive air suspension. The 1986 premium model got new ball-bearing turbos, and AWD.

This would have changed everyone’s perception of South Korean cars had it existed in real life - its performance and handling would have been more than good enough to challenge the best that the rest of the world could have offered back in the day.

That I can wholeheartedly agree with. On the one hand, the Stratos body can easily be made to look like something else; on the other hand, in front-engined configuration, the engine bay is far forward enough to skew weight distribution significantly towards the front, even with a relatively small engine. Moreover, the engine bay for the mid-engined configuration is quite small.

Yeah, it’s kind of a hit and miss number in Automation, IRL you could always experiment with moving batteries, fuel tank etc…

The new Ssanvan followed on from the original but with a modern approach, having a transverse front-wheel drive 1.7L inline 4 with single point electronic fuel injection making 100.4hp @ 6300rpm mated to a 3-speed electronically controlled automatic transmission or 4-speed manual. It was practical, efficient and reliable all that appealed to the markets for a cost-effective car to go with 42.7mpg combined. The Ssanvan had all kinds of variants: Saloon, Coupe, Estate, Hatchback, Van and Convertible, so it appealed to the mass markets and did well from it.

It was offered in; Cocoa, Gunmetal, Imperial Blue, Imperial Red, Imperial White, Midnight Black, Mist Green, Off-White, Silver, and Sunset Metallic. (Plastic coloured bumpers were painted on the Peulimieom model, where-as the Gibon spec were unpainted and could be painted for a small additional cost.)

Thanks! Kyung-Yeong Industries is as a whole a finished campaign playthrough, I had quite a lot of tech, so used modern bodies earlier than usual