^ Reference images for what I’m generally looking for

This challenge is themed towards the VIP style of car modifications. There are a lot of different interpretations of it, but most of them are black or white import sedans with chrome trim, big chrome rims, a subtle body kit, and extremely low suspension.

There are 4 categories that I will score, each scored out of 5.

Your entry’s model name should be "VIP Challenge - [CAR NAME]” and its trim name should be your username, but if you’re making it from one of your lore cars and don’t want to rename it, that’s fine. Just make sure the trim name is your username. The deadline for entries is March 10. Please PM me your entry before then or on the day of. I’ll review them on the 11th (hopefully).

If you have any feedback, such as if anything here looks awry, please tell me! This is the first challenge I’ve ever hosted and I wouldn’t want to let you down.

I take that as shorthand for 100 RON ultimate unleaded.

Yep. I’ll edit the post to be slightly more specific, I’ll bet some racecars run on a little lower octane or something.

With a very important message:

(Thanks @Grandea for the car)

Big oof; I had my PMs disabled. I’ve now enabled them so you can send your entries. Whoops.

EDIT: I’ve moved to the open beta as its merging with the stable version is upon us. I sincerely hope it doesn’t fuck any of your entries up, and if it does I’ll tell you.

Yeah, this is basically Cyberpunk VIP. Originally was going to do one of my other cars, but a conversation with a friend got me inspired instead to take my entry from CSR88 and turn it into a VIP Styled car.

Yes, VIP is still a thing in the future, fuck it.

This sounds good. I still have to think about what to do for this as I lost all my stuff, but still, I have a couple of questions and doubts:

VIP Modifications come in many shapes and forms, from the more modern extremes to the subtle 90/00’s era where black/white sedans lowered with chrome rims fit as VIP over anything else: Wiki has a pretty alright overviewing of the latter: https://en.wikipedia.org/wiki/VIP_style

Thanks both of you. I’ll see if I can get something 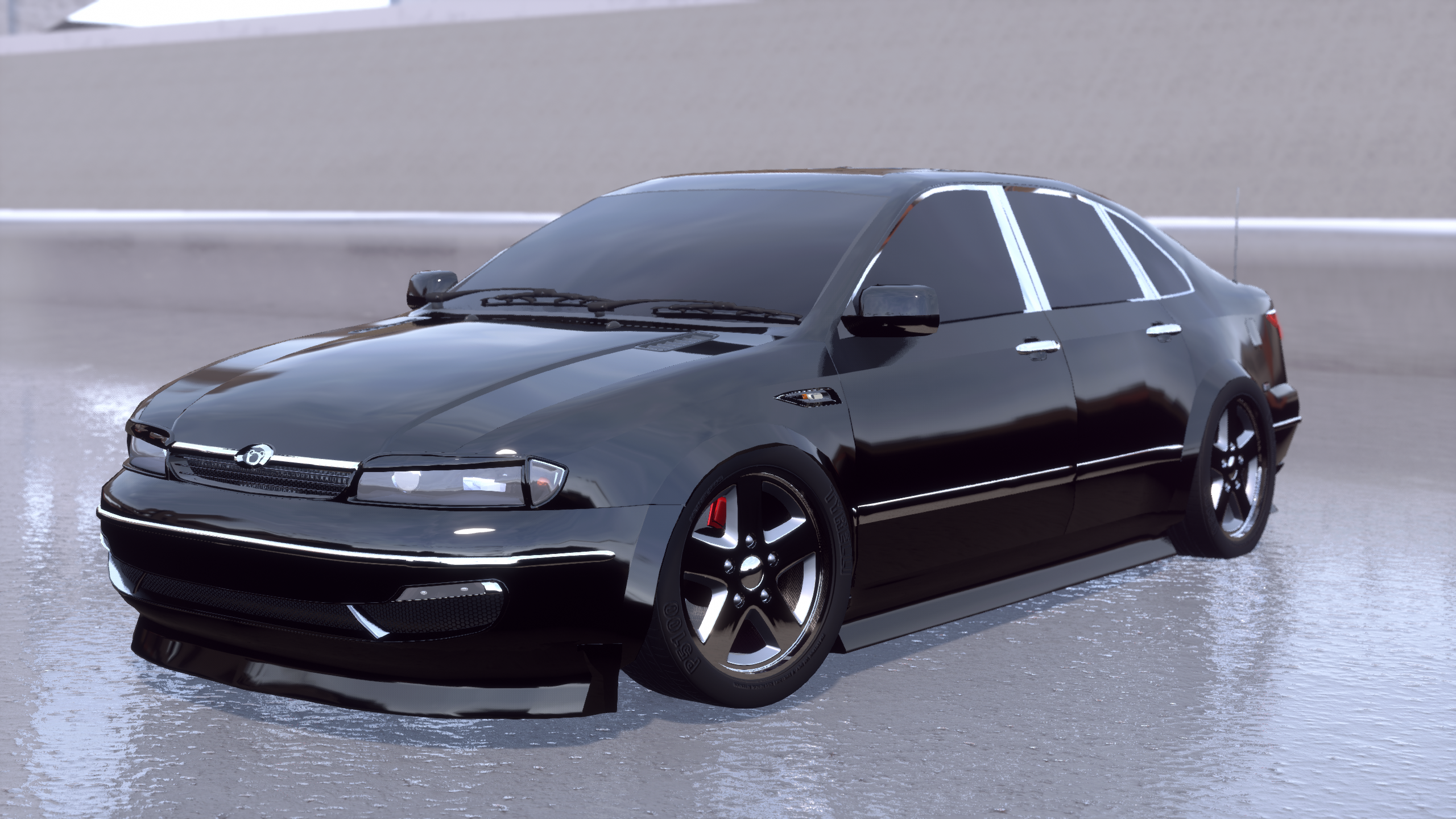 jo9moW3.png2560x1440
A Kuma BC modified in the Bippu style, this one was modified off of a 1995 model. This one in particular was more of a daily driver than a showcar, having rather modest amounts of camber for this style and preserving a lot of its comfort despite its nearly ground scraping ride height. 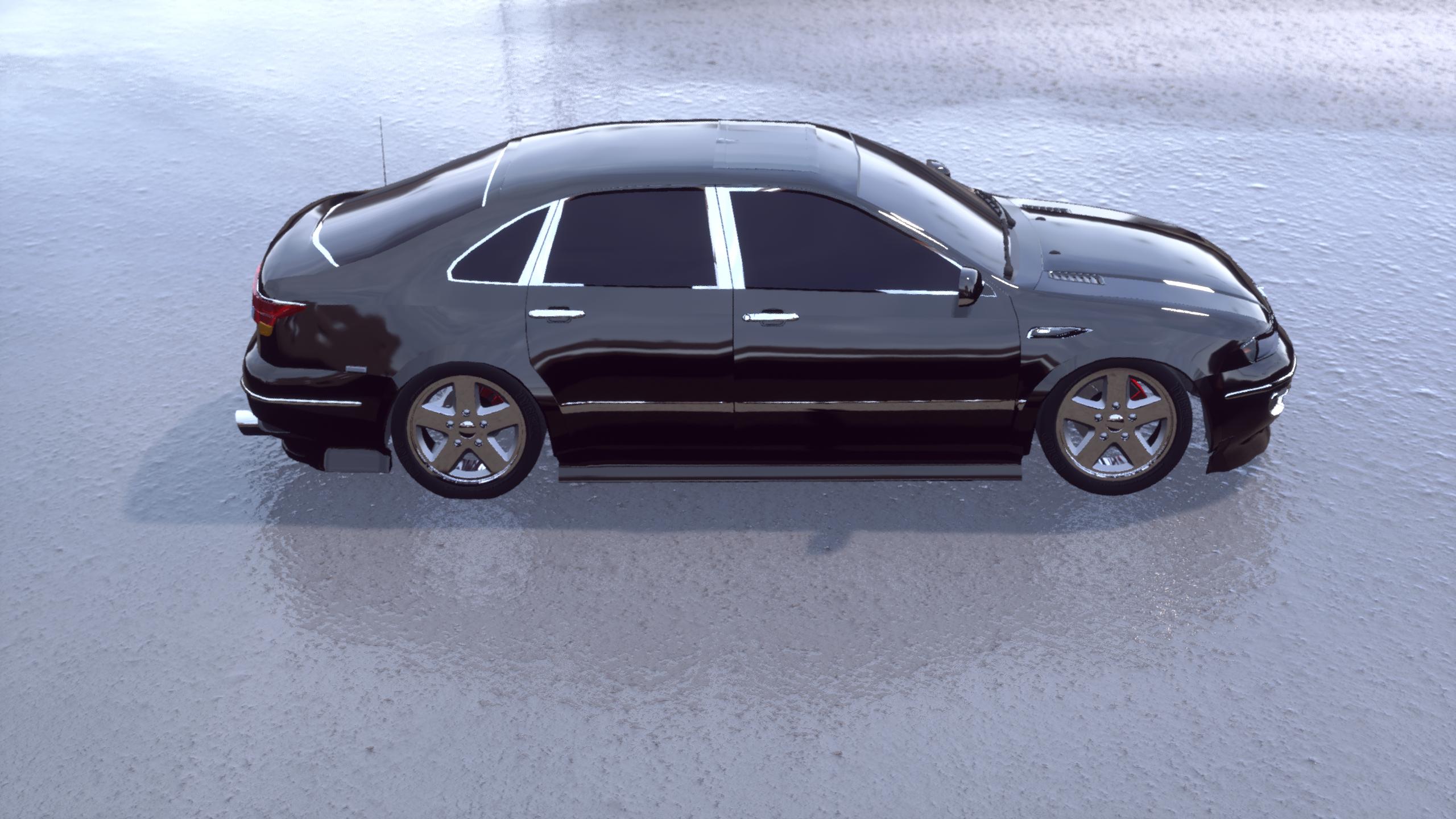 bEndlhQ.jpg2560x1440
Plenty of cash has been dropped on the BC, particularly in the interior and the new air suspension. Both of which to keep the aforementioned preserved comfort of the car despite its low stance. 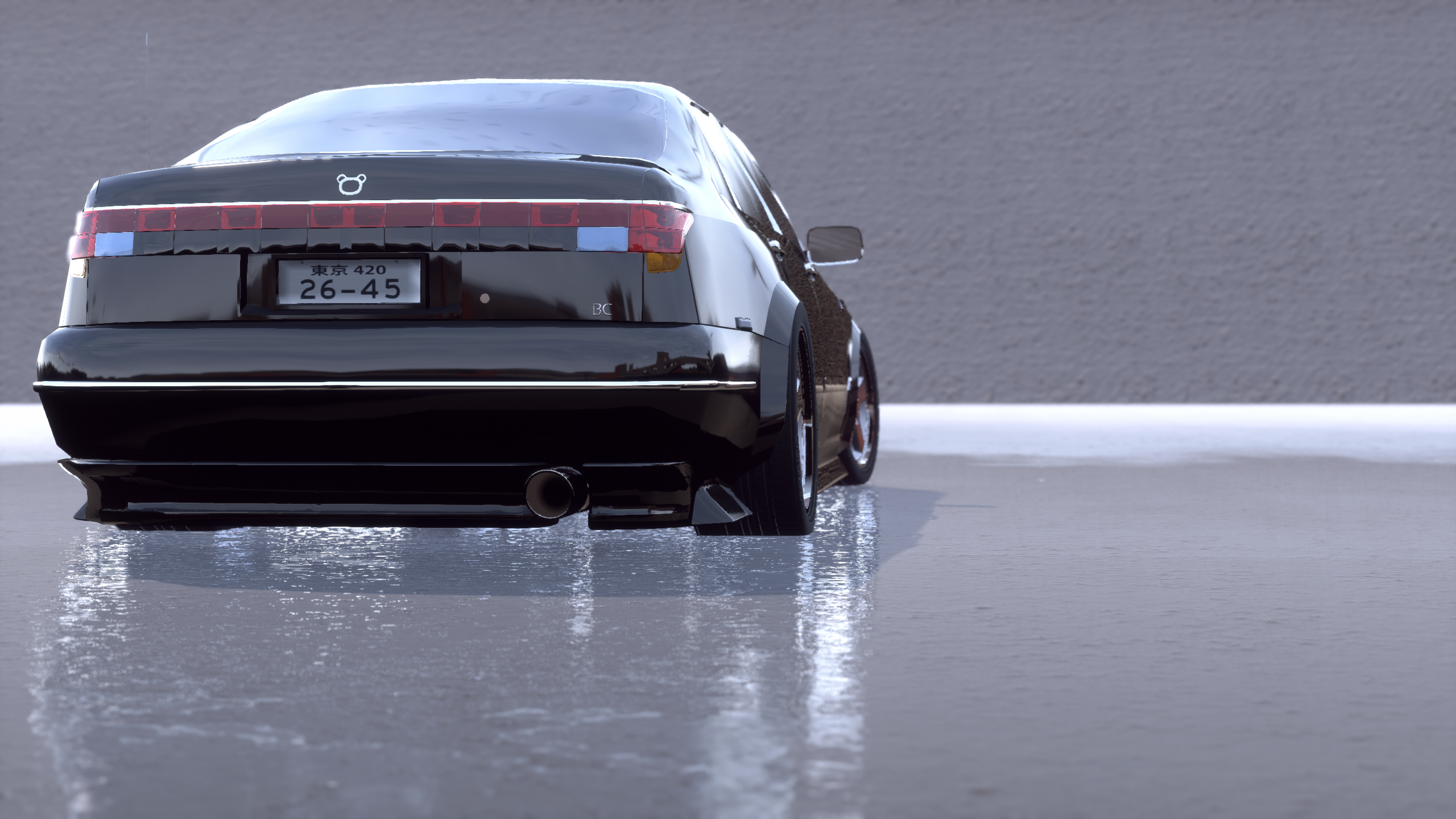 xcbADmZ.png2560x1440
On its exterior, a subtle wide body kit has been added, with low lips to make the car look even lower. The rims however, are not so subtle, being chromed 19” 5-spoke alloys. This combined with the angry eyes and chrome trim added some aggression to the rather soft look of the base model. Engine modifications are rather tame, primarily a more aggressive tune and larger exhaust to offset the weight gains. 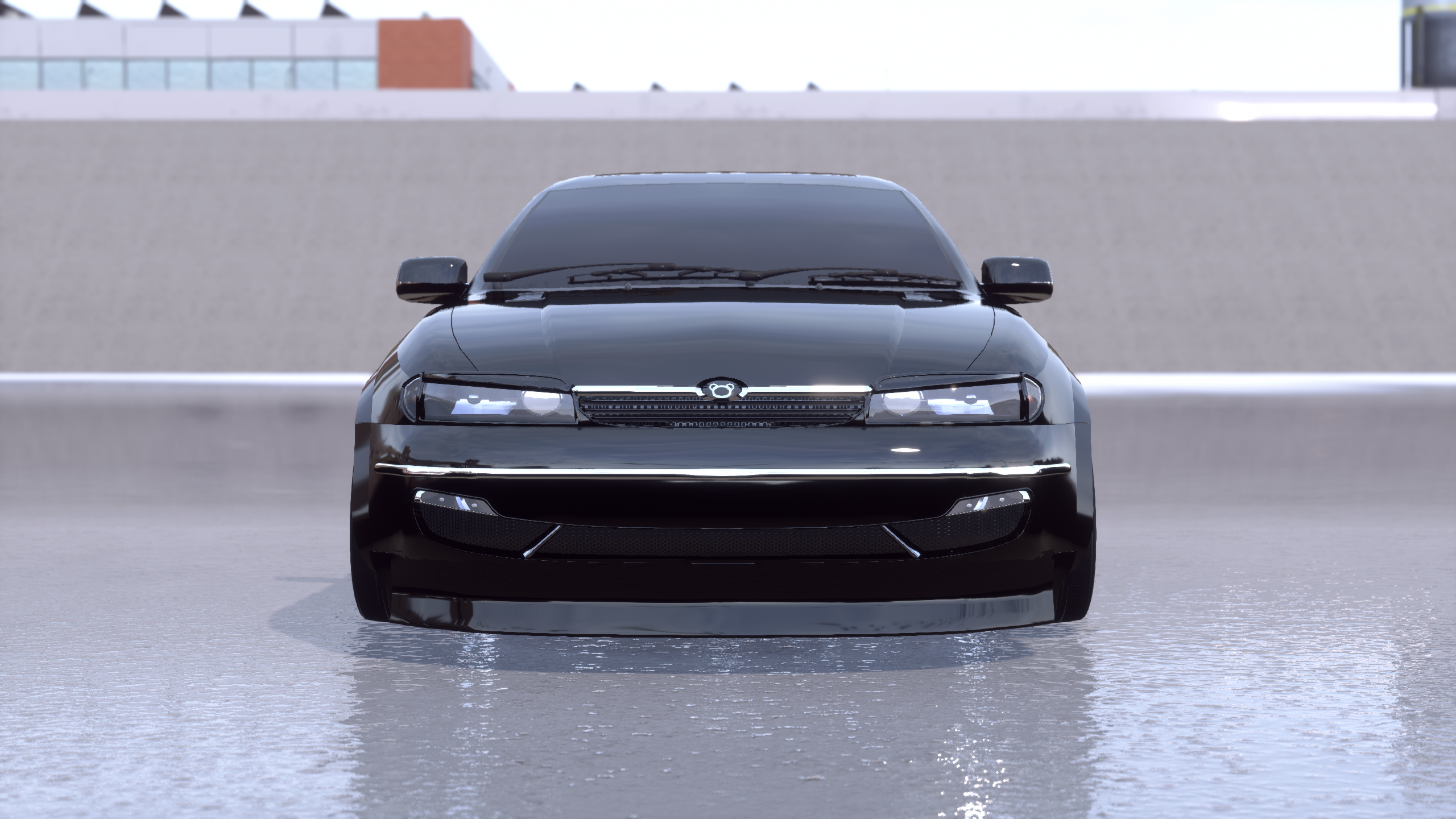 QD5IDWP.png2560x1440
Its owner prefers to remain anonymous. Which with the blacked out windows and the clear intent to make the rather tame bear angry, one could probably assume a more underground occupation from the owner.
BannedByAndroid 2019-02-23 11:53:31 UTC #13

Built to the highest acceptable standards for the top 1% of its time, the Gran Tenno was the largest, thirstiest, most obnoxious SoccerMomMobile Kasai has ever produced. But, being introduced just before the Economic Crisis of 2008 hit, coupled with the rapidly fading popularity of gas guzzling SUVs, these ultra-luxurious lounge chairs with wheels didn’t sell as well as expected and their presence in the market fell faster than a ball of dark matter falling from the Planet Express ship.

We bought this used, 250.000-mile first year Gran Tenno for around $15.000, and immediately I thought, “Hey, you know what kind of style works best? VIP style. You know, like those Japanese sedans that are so low to the ground, with huge wheels and black-and-white color scheme. Only this time, it’s applied onto an SUV.” So, Jared suggested that how we’re going to approach this is by “modernizing” the exterior while keeping everything else mostly stock. I mean, it’s already packed with a lot of tech as is, don’t want to fix what’s not broken, right?

We started off by swapping the stock exhausts for a pair of lighter and more free-flowing ones (the car was a bit too quiet), the taillights and headlights for something fancier, and then installed a basic bodykit. What else is there… Oh yeah, the grille! Jared installed a new chrome grille for the fridge. Now it looks even more obnoxious than it was. To keep the subtle and subdued look of typical VIP cars, we decided to skip the vinyls.

But what’s the point of “VIP style” if it doesn’t have that “VIP look”? We also installed extra marker lights like what you’d see in limos, swapped the stock wheels for a set of massive 26" rims, put the ride height of its active suspensions down to its lowest possible setting, and for the cherry on top, we made the front camber to as high as 5 degrees while the rear camber to 3 degrees. Let me tell you, I love how the end result looks! I can already hear rap music blasting from inside the car!

Note: I don’t care if it doesn’t win, I just want to make a pimpmobile

I think you may have missed the point of this challenge. Just by a tad.

Maybe? I might have incorrectly assumed that factory uprating of a formerly primarily utilitarian vehicle aimed at a higher market like the classic Range Rover, being turned into a high-luxury vehicle in its next iteration might count as a form of luxury modification.

If that isn’t the case, it really wouldn’t qualify unless I modernize it. But I don’t know if my interpretation of VIP style of car modifications are included and at least thought to submit it.

I didn’t post this explanation of the car until my name appeared on the list for that exact reason, so I thought it being accepted may have meant it was an okay way to go about it.

I’ve changed the quality rule significantly so if you want to resubmit your entries, please do.

In 1993 the Arion Arargte was released, and following it’s release it became synonymous with the Japanese Yakuza, especially as a Yakuza boss’ car, because of how high end luxury the Arargte GL is. This one featured here by an un-named client has tuned up bodykit and parts from Junction Produce as well as a lowering kit and a slight camber adjustment.