Officially open to the public from April 14th to April 23rd.
Press days run from April 12th through the 13th. You can prepare your biggest reveals on or before this day.

Again, welcome to a new auto show thread! This time, we’re in the Big Apple. I’m giving a bit of time to prepare your reveals. Post your new cars here and look at the creations of the other players.

As usual, there will likely be wonderful commentary by @DeusExMackia if he accepts the role as Gavin Anderson again (I don’t expect that you do coverage every day for teasers, so you’ve got a break for now

) . Either way there will be polls for best cars in certain categories.

See you in New York…

###In the first Shromet Dragon to go beyond 200mph.

Most of the JHW line has been reformatted from the concepts at Detroit. so watch this space.

I’ll be there for real. Just haven’t decided on a date yet. Looking forward to the designs here!

WMD has unleashed a new lightweight sports coupe on the world: the CBX8 Coupe. Powered by a normally aspirated 3.2-liter flat-crank V8 with a 9700-rpm redline and capable of cranking out 400 horsepower, this evil twin of the CBX6 (from which it is derived) is a throwback to when sports cars didn’t have to make too many concessions to political correctness. After all, it wasn’t so long ago that F1 cars also had normally aspirated flat-crank V8s without any form of hybrid assistance at all… 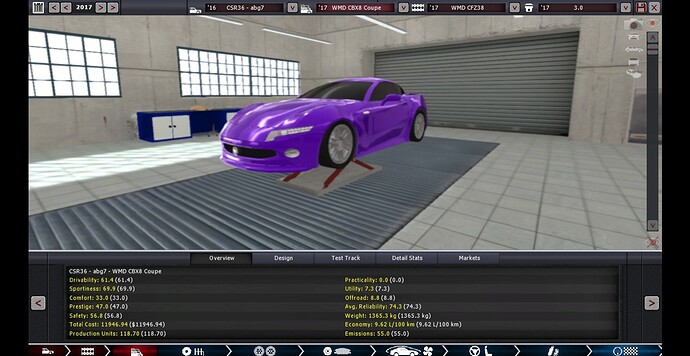 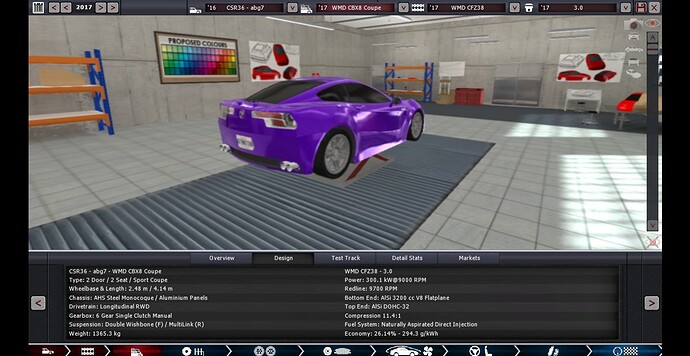 The CBX6 Coupe (shown here in production-ready guise), on the other hand, remains unchanged. 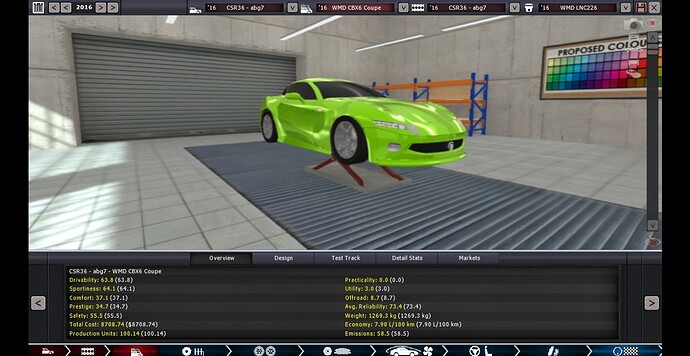 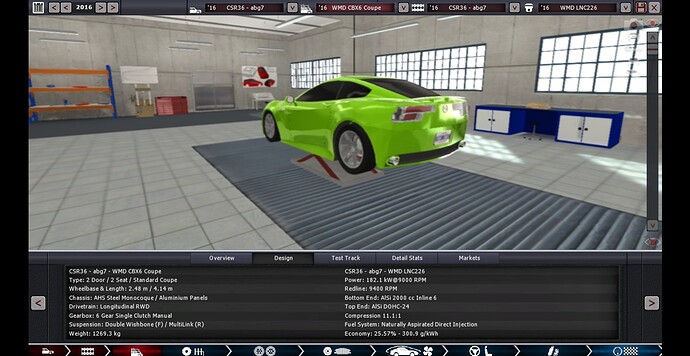 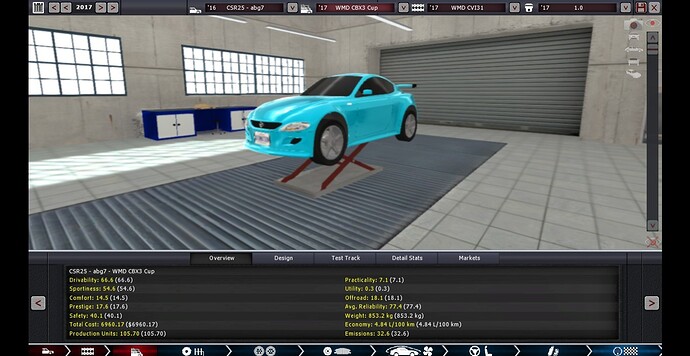 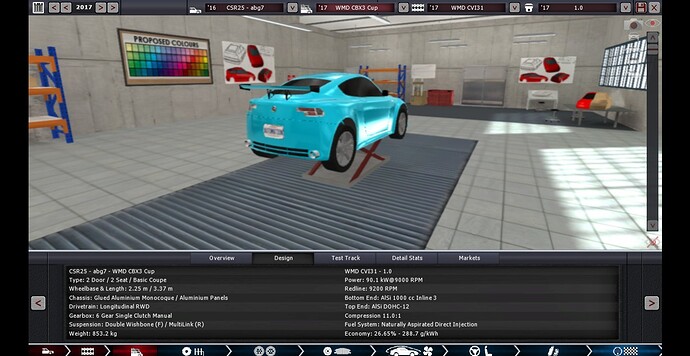 In short, WMD is out to prove that sometimes, the simplest solutions are the best ones. 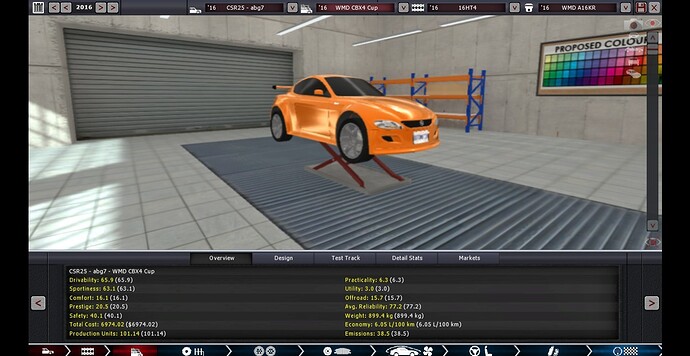 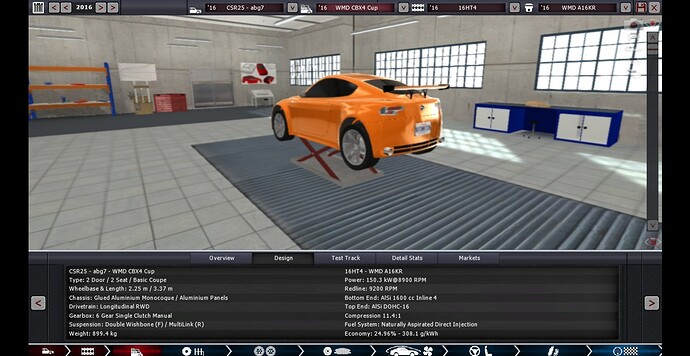 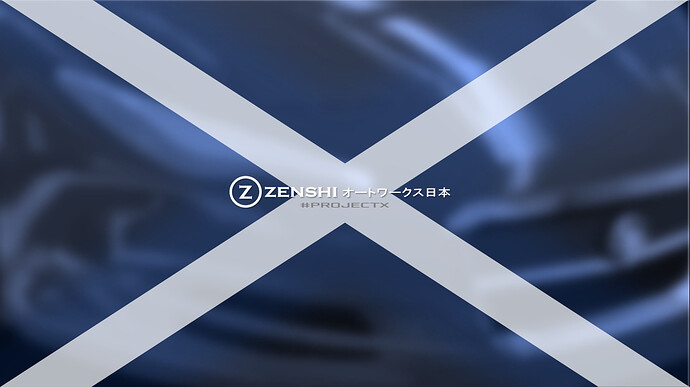 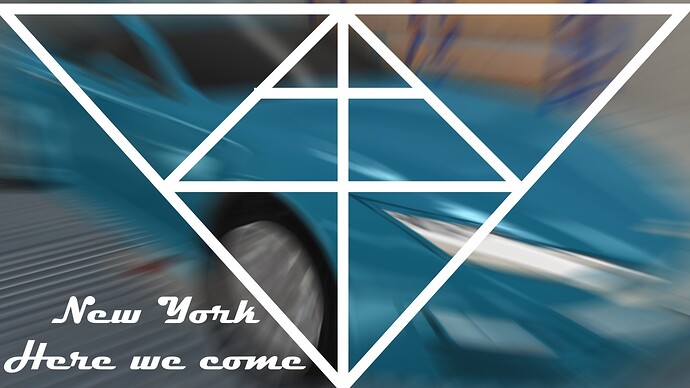 The show has started today, any companies planning new releases?

Edit: I was waiting for the official opening post but I’m guess we kick things off anyway?

Well, I guess I have to make one now.

#Today is the opening day of the New York International Auto Show! Please reveal your largest and most important displays today and tomorrow.
4 Likes
JohnWaldock 12 April 2017 16:40 #14

i’ll get my stand on the up and up tomorrow. pinky swearz

##Welcome to the Shromet Automotive display!
As one of our most important cars to date is unveiled today… The 2018 Shromet Dragon. But right before we share our new car, we’d also like to share the History of the Dragon, and what it means to us, and cars as a whole…

Flashback to the early 1970s…
One Man. A young Lockheed engineer by the name of Marc Shromet, had recently heard the shocking news about tetraethyllead. How deadly it was towards humans, and the environment. He himself was a car enthusiast, and owned a 1967 Chevrolet Corvette Stingray that ran on it.
After hearing about the truth, and how cars would need emissions controllers that strangled performance, and the removal of leaded fuel… Some claimed it would be the end of performance vehicles as a whole. But Marc Shromet saw another way.

And like that, the first Shromet Dragon was born. Changing the mindset of performance vehicles. Marc Shromet showed the world that cars could comply with emissions regulations, they could use non leaded gasoline, and still be fun.

Fast forward 41 years, and here at Shromet Automotive, we are still using the same principles in our engineering. Changing popular perception of what was once thought impossible, making cars that are better for the environment, while also being just as enjoyable.

An Engine Starts up, and a car rolls onto the Stage. 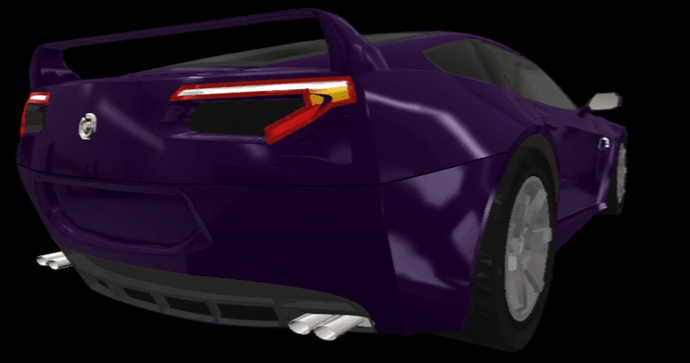 The 2018 Shromet Dragon has been heavily inspired by it’s endurance racing career. The 5.5 Liter V8 hasn’t just received an upgrade, it’s received an overhaul. It now makes 650 Horsepower, and 577 Pound Feet of torque. That power goes straight to the real wheels via a 7 Speed Dual Clutch Automatic transmission. For the first time, we are proud to announce that the Shromet Dragon has a top speed of 200mph. Equally as impressive, it will go 0-60 in 3.9 Seconds.

We could have rested easy, knowing The 2018 Shromet Dragon is fast in a straight line. But we didn’t stop there. We worked tirelessly to ensure it was not only fast in a straight line, but dominant on the track. Goodyear Eagle F1 Tires grip claw onto the pavement, Allowing it to pull 1.17g in the corners. Allowing it to go around famous test tracks such as the Rennen Speedway in 1:54.07, allowing it to ride right alongside dedicated performance cars, without the damaging ride and impracticality.

In endurance racing, a key factor is making a car comfortable for long distances, so as to not beat up the driver over the long laps. We’ve taken this design philosophy to heart, to ensure the 2018 Shromet Dragon is just as comfortable as it is fast. Self Leveling air suspension cushions the ride, and high quality Mark Levinson audio ensures the noise is kept to a minimum.

###Most Importantly, It’s as fun as ever.
We wouldn’t rest if anybody could ever drive a Shromet Dragon without a smile on their face. Here at Shromet, we know there is something more than just going fast. It’s how you feel doing it. We deliver on making the experience as enjoyable as the speed.

Thank you for joining us for our presentation! We’re just as excited as you are for this car to hit production in the fall of this year!

Oh well. And I’m away from my PC for a week. So perfect

"A little while ago we made a surprise appearance at the 2017 Geneva Autoshow. People were wondering where exactly we came from, an unknown manufacturer unveiling experienced designs. We were even seen as a threat to those already established companies that felt threatened by our very existence. Those tensions rose when we unveiled the 2017 Veloci Concept R. A car that was seen as so menacing they called us crazy…but they were right because we are now proud to introduce the VEIL MENACE. 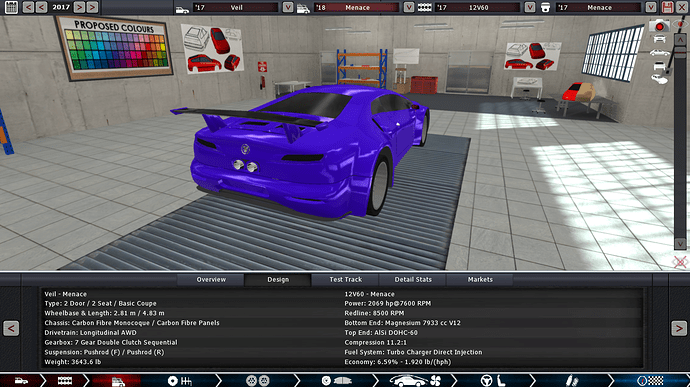 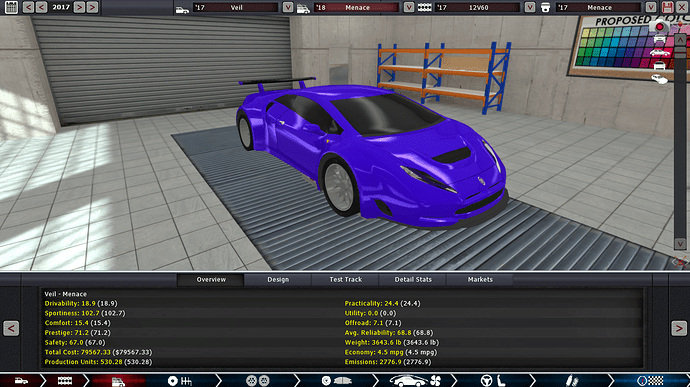 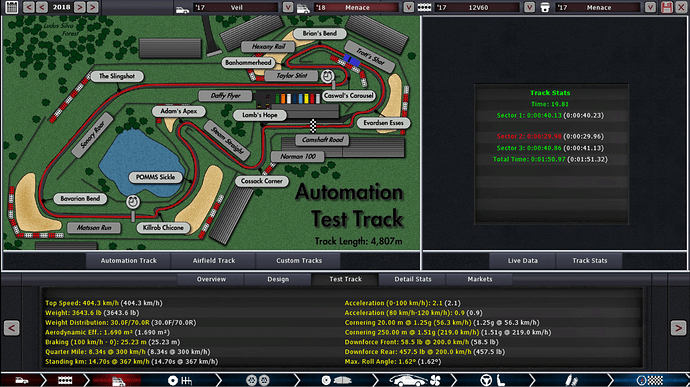 And finally the unlimited production model that is street legal: The Veil R 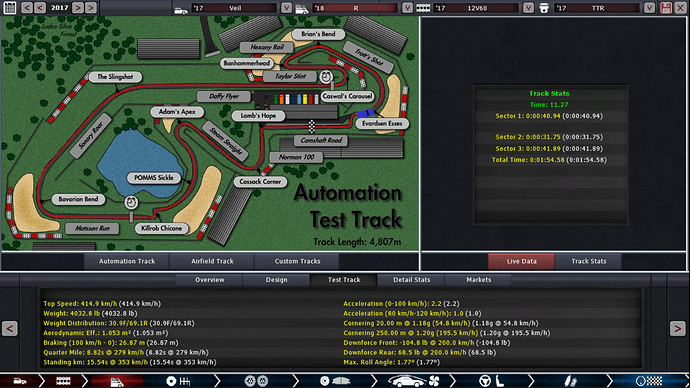 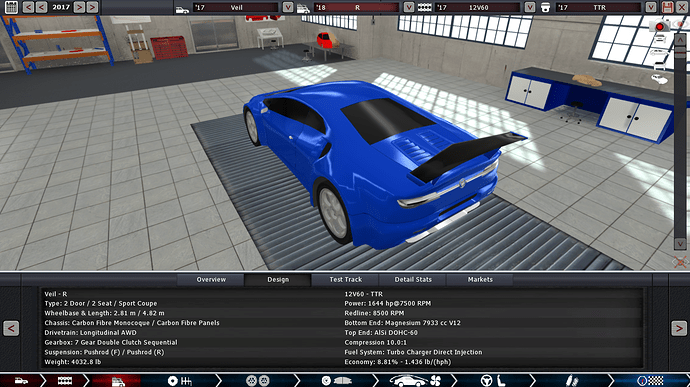 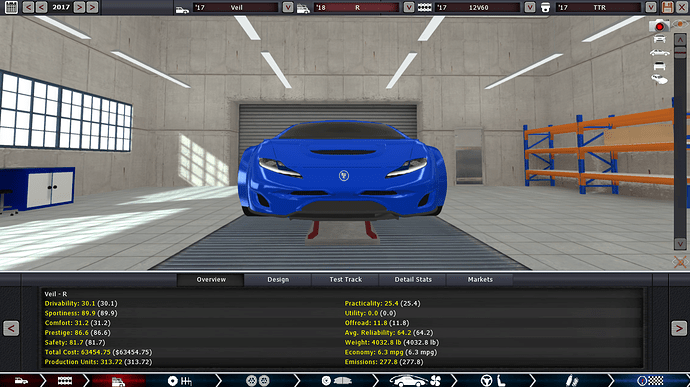 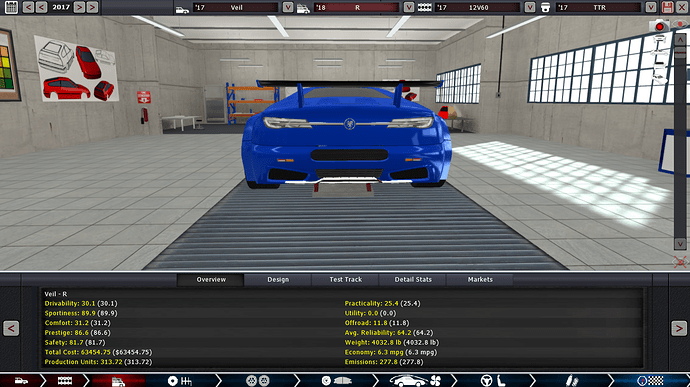 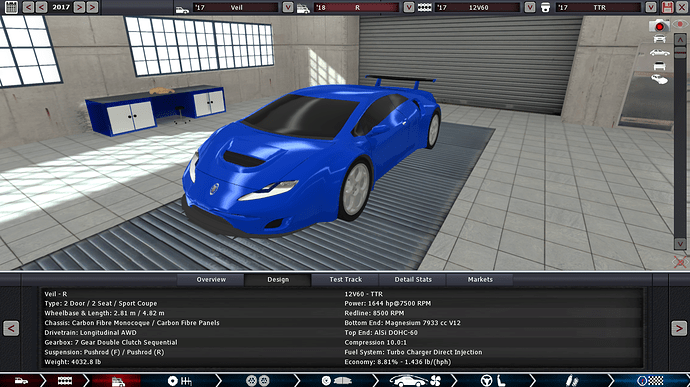 Well that power comes with a price. Don’t look at me lol 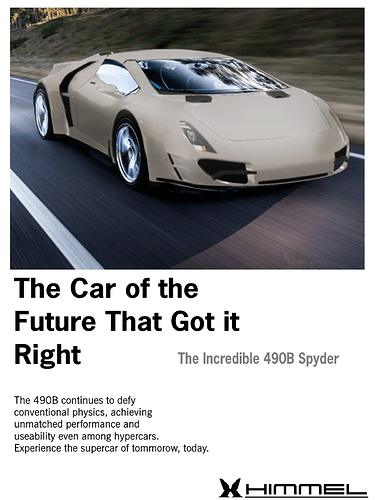