Also, this time we’ll premiere them so you cheaters can’t jump ahead in the video to get the results early and spoil them on discord ;D
The first judging roundtable went really well, a good jump up in quality from FOTU overall I’d say

that category is now in editing.

Well, I know I won’t be able to tune into the premier (work-work) - but I’ll avoid the forms until I get to watch.

Glad things are a good jump up in quality. Cheers to you, the team, and all of us participants.

The competition judging is now well on its way, with category J and V now mostly recorded also. We just had our session with Frank yesterday evening and with Klaus this morning and made sure we extract a lot of good advice from these two industry titans. We think the Automation community and you in particular will hugely benefit from their insights into car design.

Chris and I (and soon ConeDodger as well, doing the editing) are putting i way too many hours to make this as good as it will be in the end.

You will have to be a bit patient for the first video to arrive. Once the first one is out, we’ll be on a “every second day” rhythm for the releases and hope as many as possible are tuning in!

I am excited and thrilled to announce our celebrity judge for Category E: 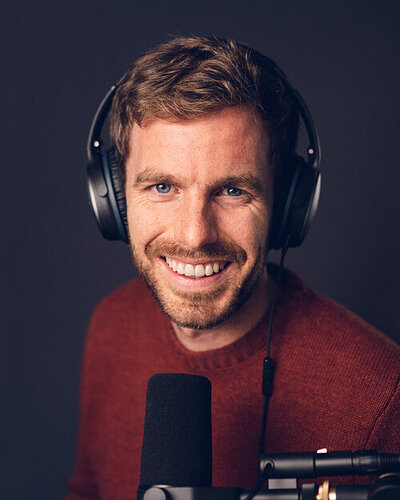 Sam is an automotive photographer, amateur car racer and blogger, and is also the host of the Car Chat podcast, which is available on your platform of choice. You can also find his Instagram here, his YouTube channel here, and then of course his website here, at sammoores.com.

In fact as of the time of writing, Killrob and I just finished our judging session with Sam; he is a very engaging and knowledgable speaker, and I think you will all enjoy what he has to say!

I surrender from the category

Lord have mercy, I give up

The Helios is undoubtedly the craziest car I have ever seen - to say that I am awestruck would be a huge understatement.

Maybe just me (so my opinion) - it seems to me to be more of a concept hyper race car then a concept production hyper car. But I know the descriptions, and it does mean pretty much anything and everything can go in those two categories - which make it an awesome entry! Really-really awesome!

My entry (not in those classes) looks even more conservatively tame and even more dated now (which is cool).

To say that the Serenity lives up to its name would be the understatement of the decade - in fact, it would not look out of place on Coruscant shuttling high-ranking Republic politicians to the Galactic Senate Building, around the time of the Clone Wars.

That is immensely beautiful

I should consider doing the same thing

It is getting out of hand, SpeedyBoi is throwing nukes left and right and nobody is trying to stop him! O my God, we’re doomed! Stahp! (more random hl1 scientist sfx)

I feel like I’m not even playing the same game. Madman.

When I saw the Vendetta, I realized that it bore a strong resemblance to the RC5 introduced in CSR 144; the Tiburon S5, meanwhile, is virtually identical to your CSR 145 submission (which, unlike the RC5, actually won the round in which it was entered). I suspect that each of these is a new trim of a model you originally created for a CSR.

As for the Matador, it reminds me a futurized 2035 equivalent of a Plymouth/Chrysler Prowler, right down to the centrally-mounted instrument panel, but what body did you use as a base for that build? Please correct me if I’m wrong, but my best guess is that it’s built on the '05 C7 Stingray-esque body (specifically, the larger of the two available in-game). At any rate, the Matador has to be one of your most ambitious (and amazing) designs yet.

I just watched the teaser - lot’s of really awesome looking cars in there!!

Yup, i saw both tuners and hot rods in creative, it gonna be fun… as long as that sandy gas turbine bastard is away from cars, there should be stuff to watch