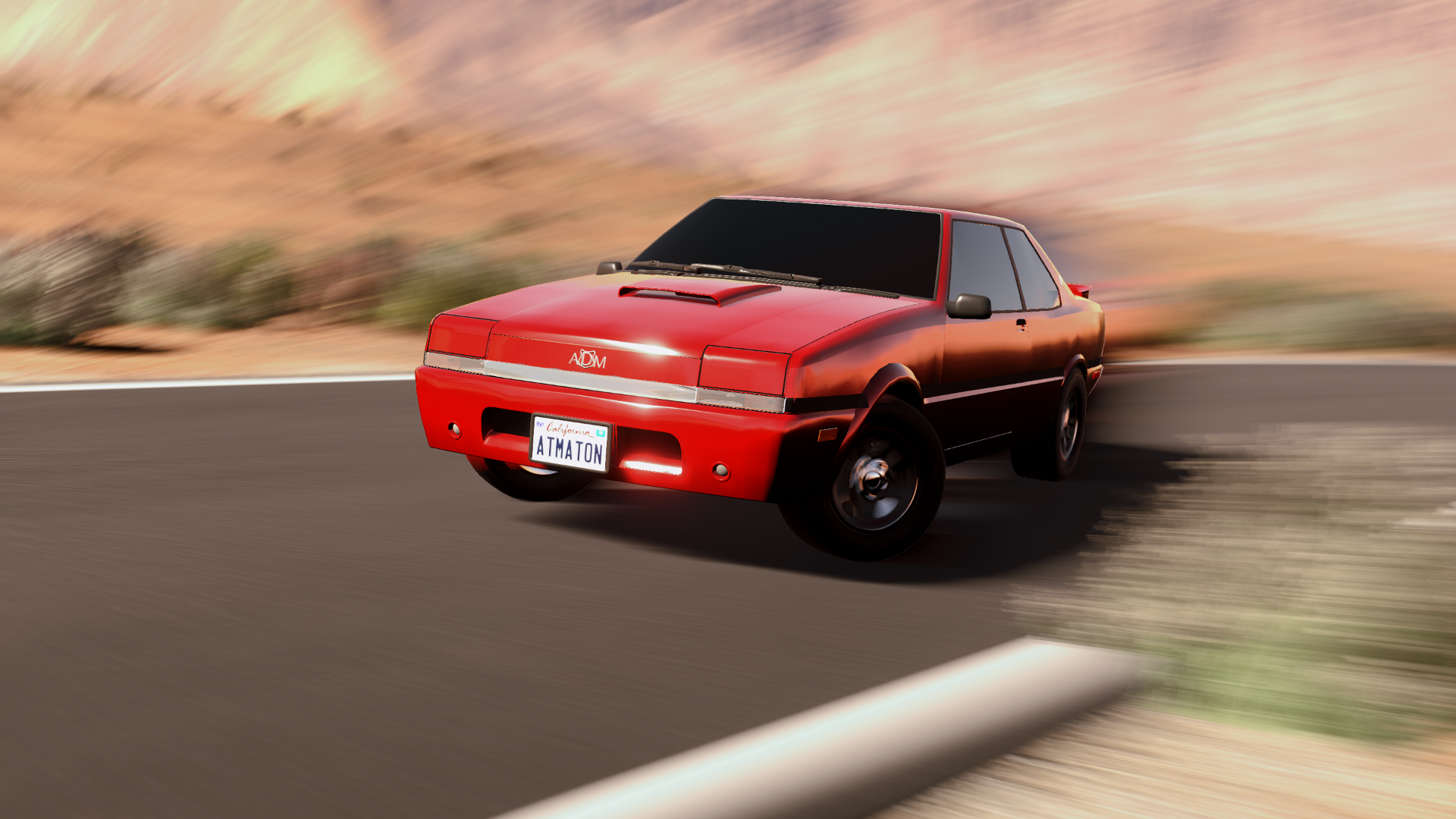 Automoviles y Camiones de México (ACM) is a car company officially founded in 1946. After a modest success, a former truck and tractor company (TCN or Tracto-Camiones Nacionales) decided to sell gasoline powered vehicles and in 1945, with the financial aid of the Mexican Goverment changed its name to ACM and sell some of the first true mexican cars. In 1950, the name was changed again from ACM to ADM. Due to the stable economic develpment in the country, the company grew and became quite successful, until the 70s, when due to the economic downfall, it splited in 2 brands, the modern ADM and Mastin motors, the later was eventually bought by Meliora Automotive. 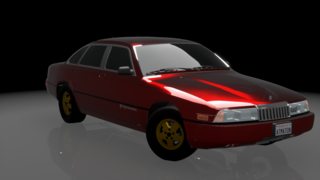 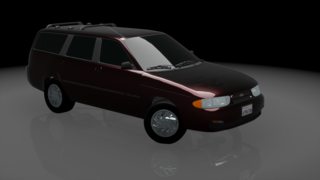 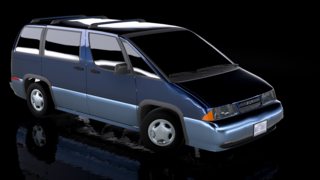 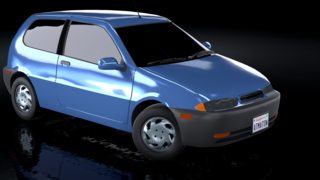 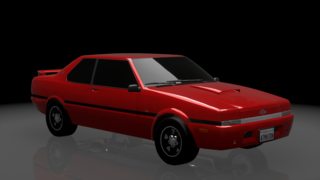 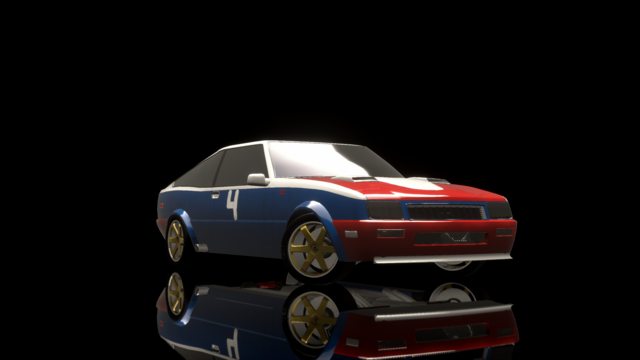 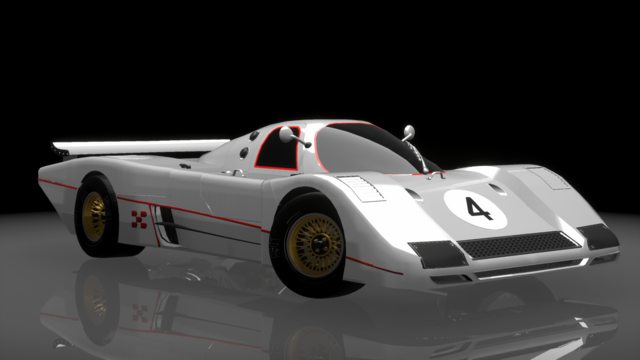 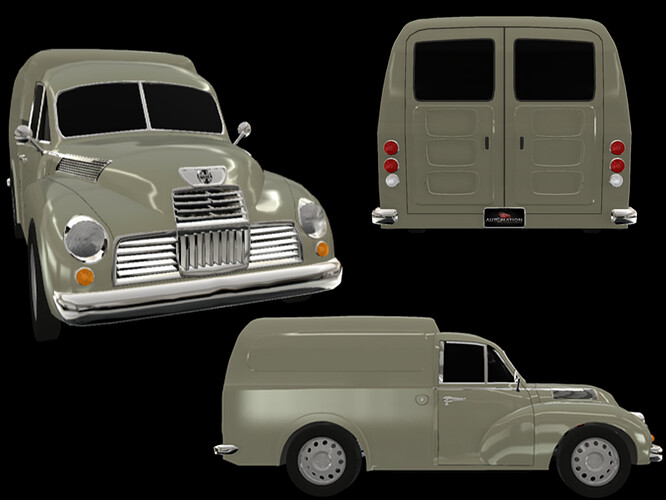 When ACM was founded, the idea of selling cars to the regular people had to wait, because the first truck designed (in a short time) was a priority. As the former TCN had vastly experience in agricultural and delivery equipment (besides of tooling and factories), the easy choice to make the company afloat was a simply truck, the ACM-22.
The idea was simple, a light and power truck to transport everything a company will need to transport, food, wood, tools, anything. With a wide range of possible buyers the success was almost secured.
The AMC-22 had a ladder steel chassis with double wishbones at the front and a leaf suspension at the back. The heart of the truck was a brand new engine, an undersquared 2,238cc inline 4 cylinder with a pusroad system, that delivered 62.2 hp @ 1,600 rpm and 110 ft-lb @ 1,600 rpm matched to a 3 speed manual transmission. The engine was so powerful (with almost 90% of the torque available at idle) that heavy duty pistons and conrods had to be used to keep the engine from blowing up.

It might look cheap, but it isn’t. The market price for fruinia was $8,085 (aprox. $665 in 1946), so only a few companies could afford it, but those who could bought lots of them. A nimble as ir might look, the truck was strong, durable and quite reliable, so it was a first choice when delivery was a priority. The success of the ACM-22 help to set the fundation for the following models of this brand new company.

Because real vans have curves 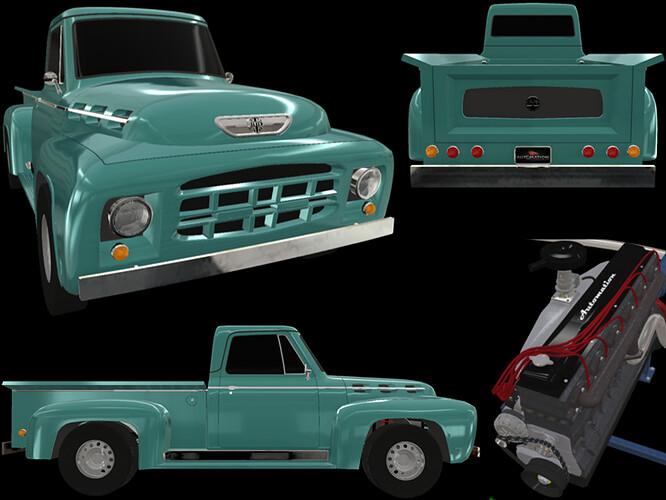 The next year after the release of the ACM-22, the ACM-35 was revelead to the world. Significant bigger than the previous truck, it used a 3.5L in-line 6 (88.6 x 95.6), with pushroads and a single carb, putting down 103 hp and 171 ft-lb. It had a particulary tall 1st gear, this due to the inmense and wide torque curve, with 150 ft-lb ad idle (as with the ACM-22 engine, this one also needed heavy duty pistons and conrods). It featured a mhpherson strut system in the front and solid leaf axle in the rear, a 4x4 system with a manual locker and a 3 speed manual transmission, which allow the truck to be used in mud and on any off road condition. The interior featured a simple 3 seat cloth bench. This truck was perfect for farming families, and with a cost of $10,605 ($998 in 1947), it found a place in the heart of the hard working people… that could afford this truck, that is. 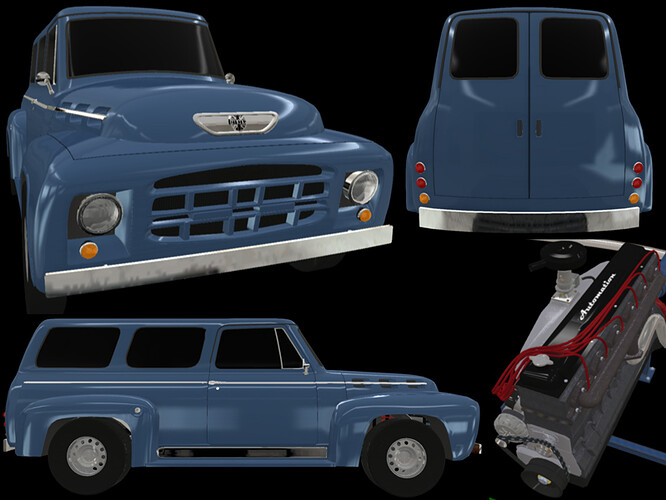 In 1948, two years after the first model, ACM released a new trim for the ACM-35, called “Volcán” (spanish for vulcano), it was aimed to big families (at that time, it was very common in Mexico for the families to have between 6-10 children or even more) and not only farming guys. It was also adopted to built ambulances. The Volcán shared the same engine, the powerful inline 6, with only a small modification, a second muffler to cut the noise at the cabin, making more easy to listen and to enjoy the single speaker AM radio that it had.
In the interior, it featured 7 seats (2 - 2 - 3 layout), all covered with cloth and a nice padding, making them quite comfortable. It also included carpets for every seat row. All of this for a MSRP of $12,420 (or around $1,243 in 1948). Some of them actually survived to this day, but most of them are restored or modified.

Do we get to see Meliora thread in this forum?

You will… as soon as we get the next update with the space frame chassis!

1948 was a good year for ACM, not only presented the ACM-35 Volcán, but also included in it’s line-up the Rivera, a car designed to compite with the Chevy style-master and some of the Ford’s cars. It had 2 trims, simply reffered as “coupé” and “sedán”. The Rivera was build upon a ladder galvanized steel chassis, with double wishbones at front and a solid axle leaf at the rear, with a steel body. No new engine was designed for this model, using the same engines of the ACM-22 and ACM-35 in a longitudinal configuration. 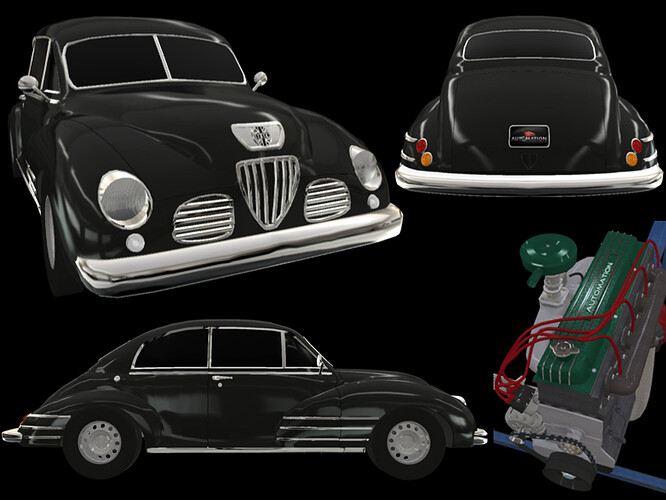 S7WMXEh.jpg800×600 181 KB
The Coupe versión looked a little bit like a VW sedán, but way larger and prettier. The heart was the very reliable inline 4 cylinder of the ACM-22, a second muffler was added to reduce the cabin noise, and it added 1 ft-lb of torque. It featured a manual 3 speed gearbox with an estimated top speed of 142 km/h (88 mph). The wheels were 135/100R14 equiped with 275mm drum brakes front and rear.
Interiorwise, it had 4 seats (being a coupe, the accesibility of the rear seats was difficult) with cloth-padded seats similar to the ones in the ACM-35 Volcán, an single speaker AM radio, which was helpful in long rides. One weird thing, the car has no rear sway bar, but still was pretty comfortable and quite ease to drive. With a weight of 1074 kg, it managed to get 8.12km/l (23 mpg). Market price: $10,605 ($1,079 in 1948). Even tho was destined to conmmute and family markets, due to the lack of national cars, the Rivera Coupé was pretty good selled in different markets as well. 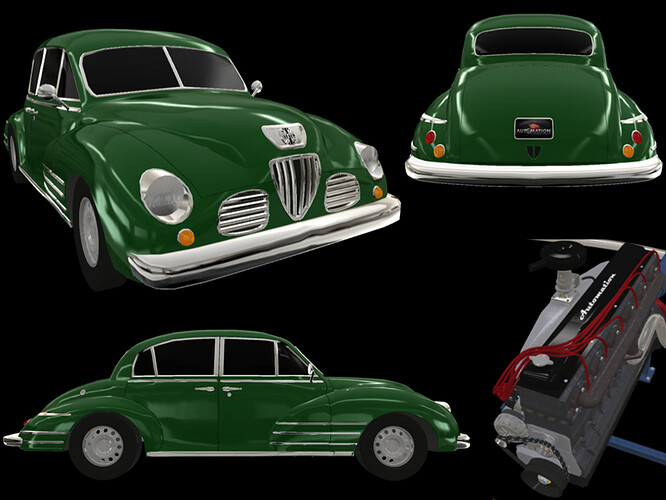 The sedán version, on the other hand was more expensive; market price: $12,744 ($1,296 in 1948) and it looked quite different, it was sustancially bigger than the coupé. It had a larger trunk and could fit quite comfortably up to 5 people, and it had suicidal doors, it looks very sofisticaded. As that, it was heavier as well, it weighted 1275.7 kg, so, it need a *larger *engine to move it around nicely. Under the hood was the inline 6 3.5L engine found in the ACM-35, with double muffler, so you can listen to its radio easily. Other than that, and the rear sway bar, the car was pretty much the same as the coupé, the same dashboard, the same seats… well, except for the fuel economy, this trim got 6.58 km/l (18.5 mpg). And as the coupé, it was sold quite nicely in different markets.

Really nice! Stylish classic cars with real-world technology and the pictures are well done too. Great that someone does the earlier years too. Keep it up

It’s nice to read a comment about my cars

Yes, not many people in the forum does cars from this era. And it’s fun to make cars like these, because of the restrictions of the era, you have to make things you usually don’t do, like engines that give power really early, as the pieces can’t rev up as much as modern cars

The Rivera coupe is my personal favourite. Nice to see not every car on here’s not powered by a screaming V12

Would you mind telling what the performance is like with that 4-cyl engine? I’ve been thinking about doing more classic cars too so this got me thinking…

And yet is faster than the original VW bettle

Nice cars and nice designs! I like the way you use different parts to make original-looking front ends.
Your coupé looks very goddamn nice, too.

In 1950, the company changed its name from ACM (Autos y Camiones de Mexico) to ADM (automotores de Mexico). The market also wanted safer cars and the economy bloom in the country made a perfect oportunity for ADM to expand it’s line-up and explore new markets. 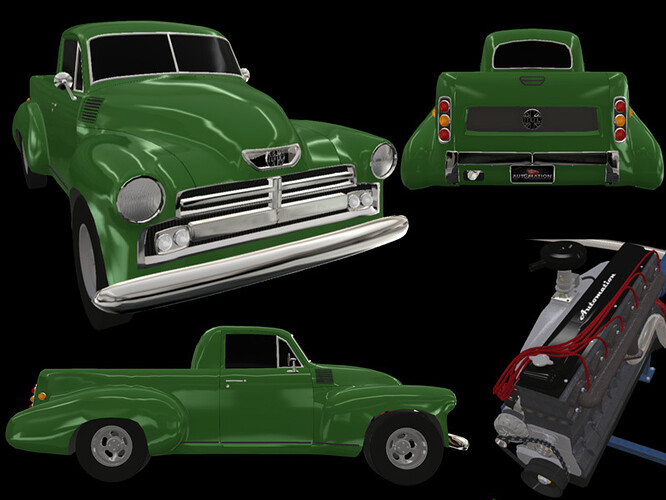 The old ACM-35 was updated to a new model, with pretty much everything new (except the engine), including a brand new 4 speed transmission especially design for tooling. It had 3 seats covered in basic cloth with good padding and a lightweight but durable plastic was used in the console, with some details in fake wood. This version featured no radio (it can be buy separatly) to lower the price of the truck. Market price (fruinia): $8,100 (1950 price $823). 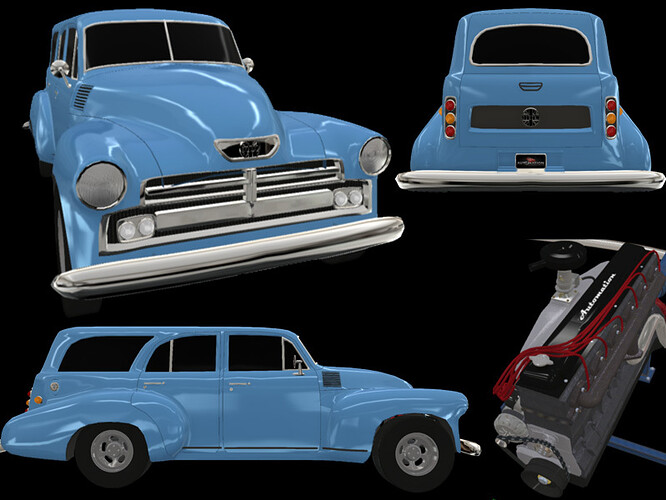 The second generation of the Volcán had 5 doors and 7 seats with an interior similar to the one in the charolais, but with a single speaker mono radio. This version keep the old Ventury 6 engine used in the 1948 model, but the transmission was updated to a 4 speed manual. Market price (fruinia): $9,504 (1950 price $966). 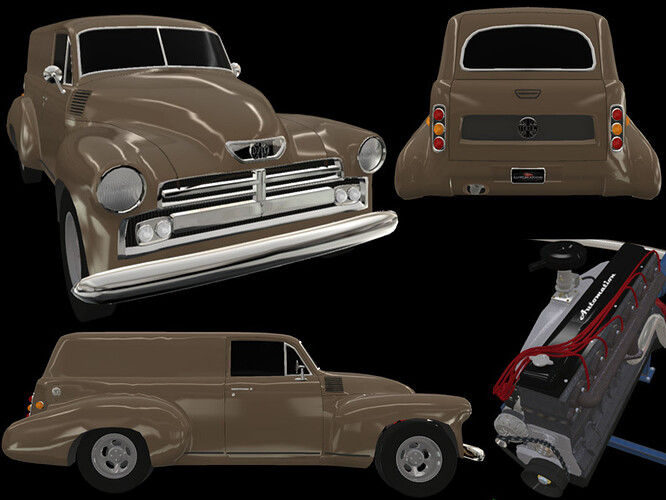 Ka5XsKK.jpg800×600 104 KB
Finally, the panel version was supposed to take the place of the old ACM-22. Although a model was designed, it was later ditched out because the size was not captable enought, then the Panel version was designed. ADM just took the fake wood details, leave only 2 seats and put an automatic 2-speed transmission. This trim was also used as ambulances in most hospitals in México. Market price (fruinia): $8,640 (1950 price $878). 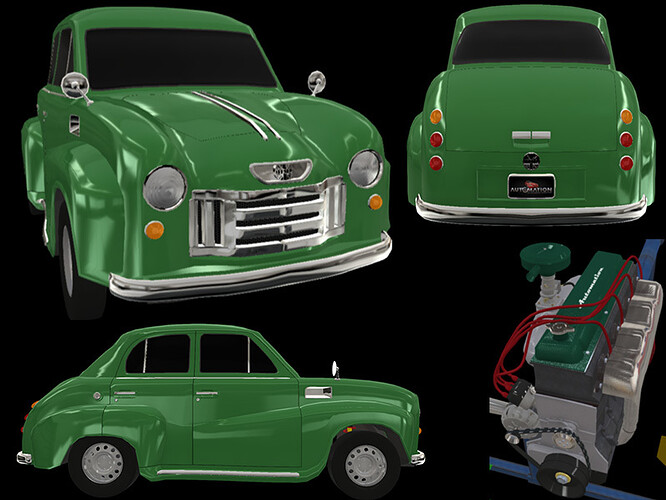 XJmolhX.jpg800×600 119 KB
After the design for the new ADM-22 was rejected, the platform and front end was reused in a different car, called “Gómez”. It was a pretty small economical car, and this allowed ADM to have more participation in different markets. It used an updated version of the original 2.2L L4 from the ACM-22 paired to a simple 3 speed manual transmission with no overdrive. It was especifically made for city use. Inside there were only 4 seats with details covered with cloth, a speedometer, a driving wheel and a stickshift. No radio, carpets, or mundane decoration. It was a car, not a house. 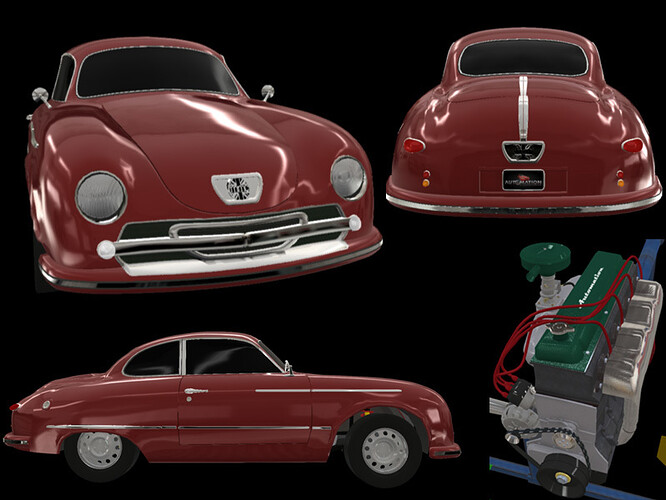 Along with the new line up, ADM considered to launch an small car with an sporty feel, and the Madero was born. It was offered in only 1 trim back in 1950, called base. It was in the market just in time for the carrera panamericana. However, ADM went for a lightweight lower powered approach, and recycled the engine from the Gómez, only matched with a 4 speed gearbox.
Despise its sports intention, the car had 4 seats and a big trunk, for practicality. There were no radio option, and the interior was simple, seats covered in cloth with good padding and 3 manual adjustments. Performance-wise, it had a top speed of 167 km/h and did 0-100km/h in only 15.8s thanks to its light weight (871 kg).
Initially the project was to had a spaceframe chassis with a modern set up suspension, but due to the uncertainty of that specific market, the project suffered budget cuts, and ended with a ladder chassis with a simple mcpherson struts at front and solid axle leaf in the back.

Looking good! Love the realistic, basic tech approach and the styling has a lot of personality on all of these!