Hello, and welcome to the sequel to the Bad Car Design Challenge! The prior round was hosted by @HelloHi and I, but this round will be hosted just by me - although I’d be open to having a co-host if anyone would like to join in. The previous round featured inexpensive compact cars, and boy there were some awful designs! A round of applause to the previous winners, cake_ape (with the Aztek’s ute cousin, the Mons Revolution) and Quneitra (with the absolutely eye-burning, stomach-churning Munot Diamant). Definitely some of the worst Automation has to offer, and a shining achievement. 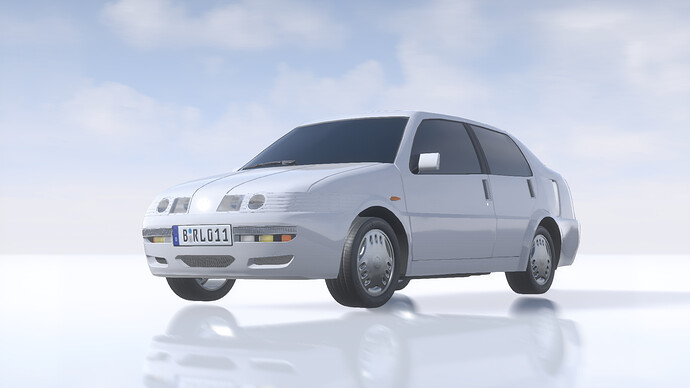 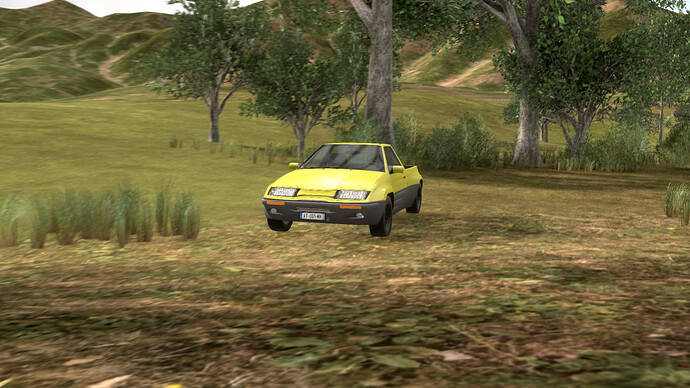 Yup, we’re making modded cars - but not just any modded cars. For this, I am specifically seeking for modded SUVs and similar. Heavy-duty utes will also be allowed if they have four seats. See below for more specifics.

RULES AND JUDGING
As before, this will be a primarily design-focussed challenge; accordingly, there will be fewer rules around engineering.

Now, judging will be done on a similar scale to before, with a similar points system. However, considering the tweaks to the design brief, I will be tweaking the priorities.

is this in a similar fashion to ARM, where the car itself is old, and is modernized with mods, or does this require the actual car itself be modern?

my immediate idea is reliant on an older car

by current metrics entries have closed a week ago

nah the final entry date is correct, but the opening date is a month old lol

I got to say, I feel an odd sense of pride seeing my creation at the top of this post heralding the worst designs ever created, haha.

I don’t think I have the bandwidth to come back for this BCD, but good luck everyone! Make the Diamant proud!

I might be able to get in on this. Unleash a little NFS Underground 2 on some poor, unsuspecting SUV…

Especially because I suck at making SUVs look good to begin with. And I’m just itching to use THR Eyegrabber Orange or Ishu’s Laser Lime in a semi-serious way.

Edit: I’m very tempted to use this body, but I’m not entirely sure it qualifies as an SUV (the game calls it a sedan, but, it has a feature I want to make use of, with that four-door convertible and SUV-ish proportions. Think SUV Convertible but with my inability to make anything look good.) 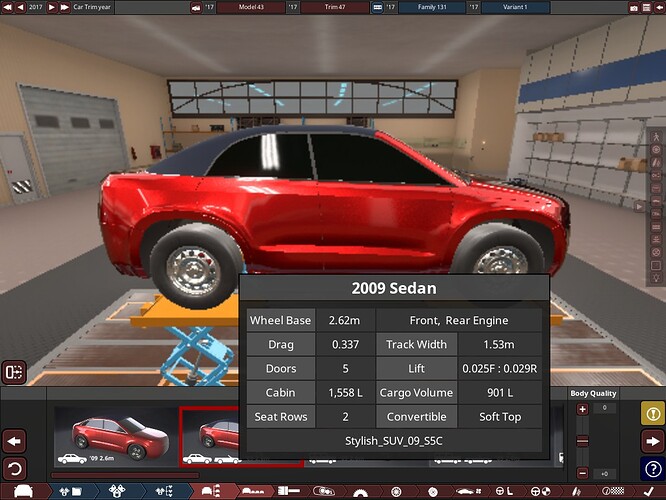 @Madrias Sorry for the delay, I didn’t see that you had edited your post. As an addendum to the rules: Non-SUV bodies will be allowed, but be careful. If your car looks closer to a sedan or coupe, it will lose points.

Also, uh, entries are open. Sorry I didn’t make a post on time, been busy with life and uni.

No problem. I knew that was a risk when I edited instead of double posting.

For anyone who’s wondering, there’s a certain minivan I did recently that I might try out in here. I know, it’s not an SUV, but I’d rather take a point penalty for a cool minivan that got a bit riced out than for a sedan-convertible-SUV thing that I had fun making, but ultimately ended up not being satisfied with.

A minivan can work, but please make sure to actually make it an SUV as well. The (rumoured) TJ Cruiser is legal; a riced Dodge Caravan is not. 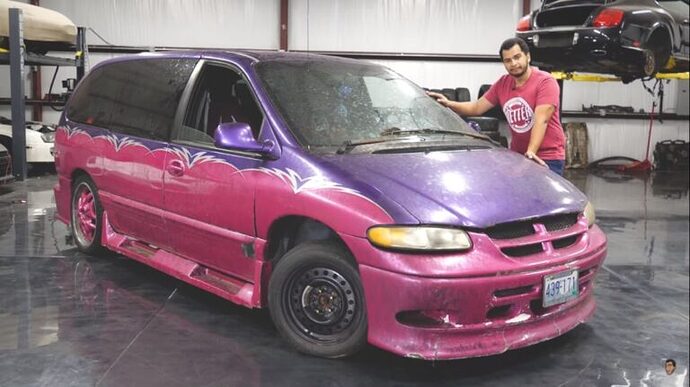 Everything you put in the “uniqueness” and “realism” categories makes me wonder why that Dodge Caravan would be binned, being that it is unique and real. To ME it falls in those categories.

So with that said, would a Donk or anything along those lines be binned as well?

That Caravan is absolutely a great example of the modified side here, but it’s not an SUV or Pickup - which is an important part here. The TJ Cruiser isn’t modified, but it is a cross between a minivan and an SUV - so that’s be allowed. A TJ modified similar to that Caravan would be a great entry; a Caravan modded to be like a SUV would also be great.

Having said that, I can see a potential case to be made for broadening the rules to allow minivans. I’ll run this pill for around 48-ish hours before making a decision, please vote.

Edit: Also, a donk would be allowed, but it wouldn’t be too unique unless you do extra stuff to it. It’s a trend car, like the Carolina Squat example.

Interesting, and thankyou for the clarification.

No, that is indeed the model year and not the trim year. The intent is for this to represent recently-modified vehicles, so I expect the model year to be updated in a similar fashion to Automation RestoMod.

Of course, if the lore of the vehicle is that it was originally from 2009, it’s perfectly fine.

That’s what I mean, the vehicle was introduced in 2009, facelifted in 2013, and got some extra factory updates in 2016 for its last year. So that would be the trim year as the factory time yeah, and then I’d add modifications to that.

It doesn’t matter what your lore is. All that matters is these two numbers. 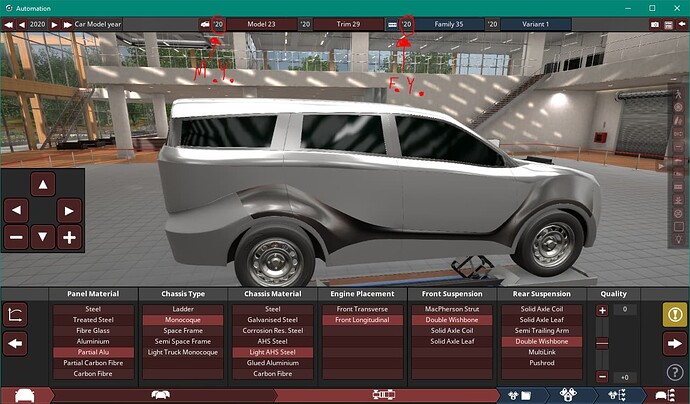 Alright, I just wanted to know if it was the standard model year definition, which falls as trim in Automation, or if it had to be models introduced in 2015-2020. I guess I’ll make something different.

As I said, feel free to use your existing one, just clone the model and update the year.