This forum is filled with some really, really good cars. Challenges have come and gone to make the best car possible. This is not one of those challenges. This is… The Bad Car Challenge, by @AMuteCrypt and @HelloHi !

Bad Cars come in as many shapes and sizes as good ones. For this challenge, we are looking for late 90s compact cars. They should have a model year somewhere between 1996 and 1999 (inclusive), have a wheelbase of around 2.7 meters or less, and cost around 20 thousand dollars or less.

Who's Bad: A Guide To Good Entries

It is important to note that we aren't looking for the worst car you can slap together in Automation. It should feel like a car which could have actually been made by a respectable (or semi-respectable...) automaker. Five-fixture cars, glitched-out monsters and the like aren't what we want. Cars with engines that immediately fail due to knock aren't it either. We want ugly cars that could actually exist. Some examples:

These cars are all incredibly ugly, but they aren’t your lazy five minute job. A lot of care and attention went into the cars, to make something unique, innovative or different, but it just failed completely in the end. That’s the kind of car we want. A car that people could buy from a dealership, but would never want to buy. Note that some of these cars don’t quite fit the brief here - the Aztek, for instance, isn’t really compact enough, and is too modern - but they’re all in the same vein.

This challenge will focus a bit more on design. As a result, there are fewer rules around engineering. The basics are:

Cars will be judged by myself and @HelloHi on a six point scale. We will both review each car and score it in each element, and add up all the scores to determine the winner.

The challenge will be open until 11:59 PM on the 23rd of May. We can’t wait to see (or, hopefully, unsee!) what you all create! To submit, please send a DM to @HelloHi and myself, with the .car file for your entry.

It has come to our attention that we forgot to include a naming convention. Please name your models and families in the format BDC - <forum name>. Any submissions from before this edit (6 AM UTC, 04/05/2021) will be exempt from this rule, although resubmissions to fit this will be appreciated.

Hey, there’s fans of almost all the cars. Some of them are cute/endearing despite (or because of) how ugly they are. I am pretty sure that even the most diehard fan kinda has to agree that O.O is not a good look for a car.

If your car is “cute ugly”, that’ll be pretty successful imo.

AMAZING idea! I’ll whip up something!

Wheelbase of around 2.7m or less.

Back in the 1990s, 2.7 meters of wheelbase was mid-sized car territory - compacts and subcompacts of the era tended to have a wheelbase of 2.5m or less.

You still got into the 2.6m range with cars like the Honda Civic and Dodge Neon, so keeping it under 2.7m is reasonable.

The Aztek was just ahead of its time.

Every car has its’ fans, I personally have a soft spot for the Fiat Multipla

As I sat in a black one at the junk yard today I thought the same thing.

Also the Aztek was an underwhelming execution of a really interesting concept. It could’ve looked much better while still as quirky if not for the corporate cost cutting IIRC.

Is that kind of stuff a good example? 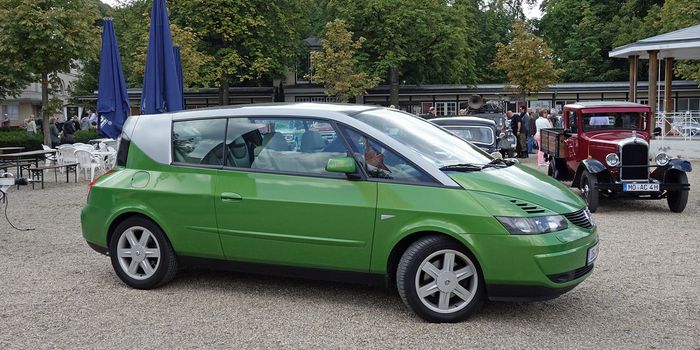 I think on paper the Aztek was amazing, but like you said, the execution was piss poor. I mean damn, all they had to do was make it look good!!

“All good cars are alike, but every bad car is bad in its own unique way.” - A. Karen Ninna, Gasmean car journalist “Car and Pieces”

An unrealised predecessor to the Mara Zorya city car of the late 2000s was the Mara Kraplya (‘droplet’) concept car in the mid-1990s. Faced with an increased country-wide fuel consumption after an influx of foreign cars due the market liberalisation in 1990, a shortage of fuel resulted and even fuel rationing was on the horizon in Archana. In reaction, Mara developed a concept car with an emphasis on fuel economy above all else. 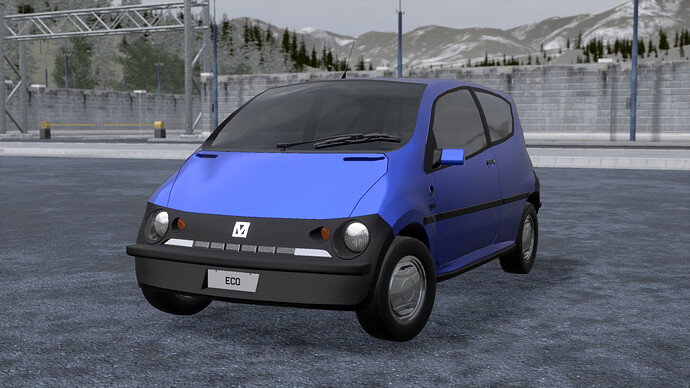 The concept’s name referred both to the car’s aerodynamic droplet form and to the fact that it only consumed 5.7 l/100km in the standard test cycle. The all-new SOHC I3 1.1 litre ‘Troika’ concept engine produced around 34kW at 5,600 rpm and 79 Nm at 2,400 rpm and was mated to a 4-speed automatic taken from a regular Irena sedan. In the Kraplya, however, the gearing was changed so that it essentially became a 3-speed automatic with an overdrive gear in order to allow cruising at very low rpms at common speeds. The Kraplya accelerated from 0-100 km/h in just under 18s and could reach a (theoretical) top speed of 150 km/h. On paper, this setup indeed allowed driving at standard city and highway speeds with very low revs. However, even small changes in gas pedal depression led to a frantic downshift of the autobox, and every intended speed change essentially required a kickdown, thus negating the increased fuel efficiency potential in practice. While a 5-speed manual may have been a more suitable choice from an engineering standpoint, at the time manual gearboxes were seen as very much out of fashion by the intended city car buyer demographic. A 5-speed automatic was under development back then for the upcoming Zvezda car family but not yet ready for use in the Kraplya prototype. Sourcing an external gearbox was never really considered. 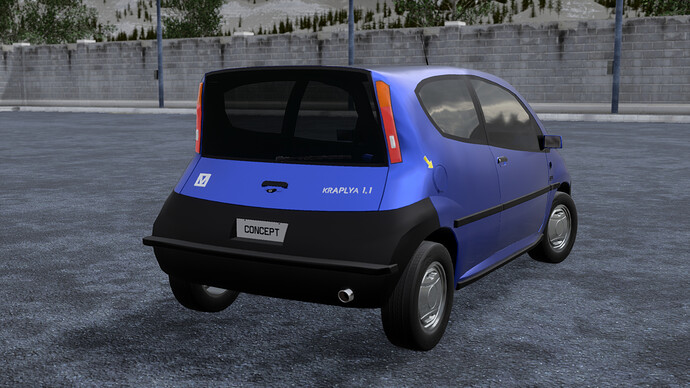 The Kraplya’s droplet-like body shape together with the unique rear ‘kammback’-inspired style was thought to help aerodynamics (hint: at least the latter did not - all it did was making the rear door operation more awkward than necessary) and the same applied to the minimisation of engine cooling through limited grille and ventilation openings at the front. Since it was a car primarily aimed at the domestic market, the concept was geared towards being cheap to produce, and that was a strong factor in the development of all other aspects. A positive side effect of this, however, was the low dry weight of 820 kg.

A second focus of the concept car development was the ability to absorb low-speed impacts and contacts and be cheap to repair. Along with increased fuel consumption due to faster cars, car insurance cases and premiums in Archana had also risen in the 1990s due to an increasing number of small ‘fender bender’ accidents between motorists who were still getting used to their now more powerful cars, compounded by a much more crowded environment on the roads. The resulting repair bills led the Archanan car insurance industry to bribeencourage Archanan car designers to make cars more resistant to low-speed mishaps and accidents. The Kraplya’s designers therefore paid special attention to features such as plastic impact-absorbing bumper bars all round, lamps being recessed or in places far away from areas affected by impacts, and the like. The unintended side-effect of this was that things such a lightbulb change would have been quite difficult since the recessed lamps prevented easy access.

By the time the first prototypes had been presented to the Archanan public, the fuel crisis had disappeared from the horizon, however, and thus the prime need for the ‘droplet’ car had evaporated. The foreign press thus had hardly an opportunity to make the obligatory jokes about the unfortunate naming*. Critics remarked that there should be a new panel material option ‘Partial Plastic’ for this car, or that the Mara engineers should bloody make up their mind where to put the oil - into the tank or onto the car. Nevertheless, the extensive plastic bumper designs were unfortunately carried over to the production versions of the Zvezda vehicle family which debuted in the late 1990s. The lessons learned developing the Troika I3 concept engine also helped Mara produce a more advanced 9 valve version for the Zorya city car in the 2000s. Beyond that, public consensus was that the concept was krap, and so Mara ultimately dropped it.

* The name is indeed transliterated Ukraininan for ‘droplet’.

For a small price of $12.100, you can get yourself a fine, European hatchback.

here, we have the 1996 Altra Vol, maybe a bit bland French thing. 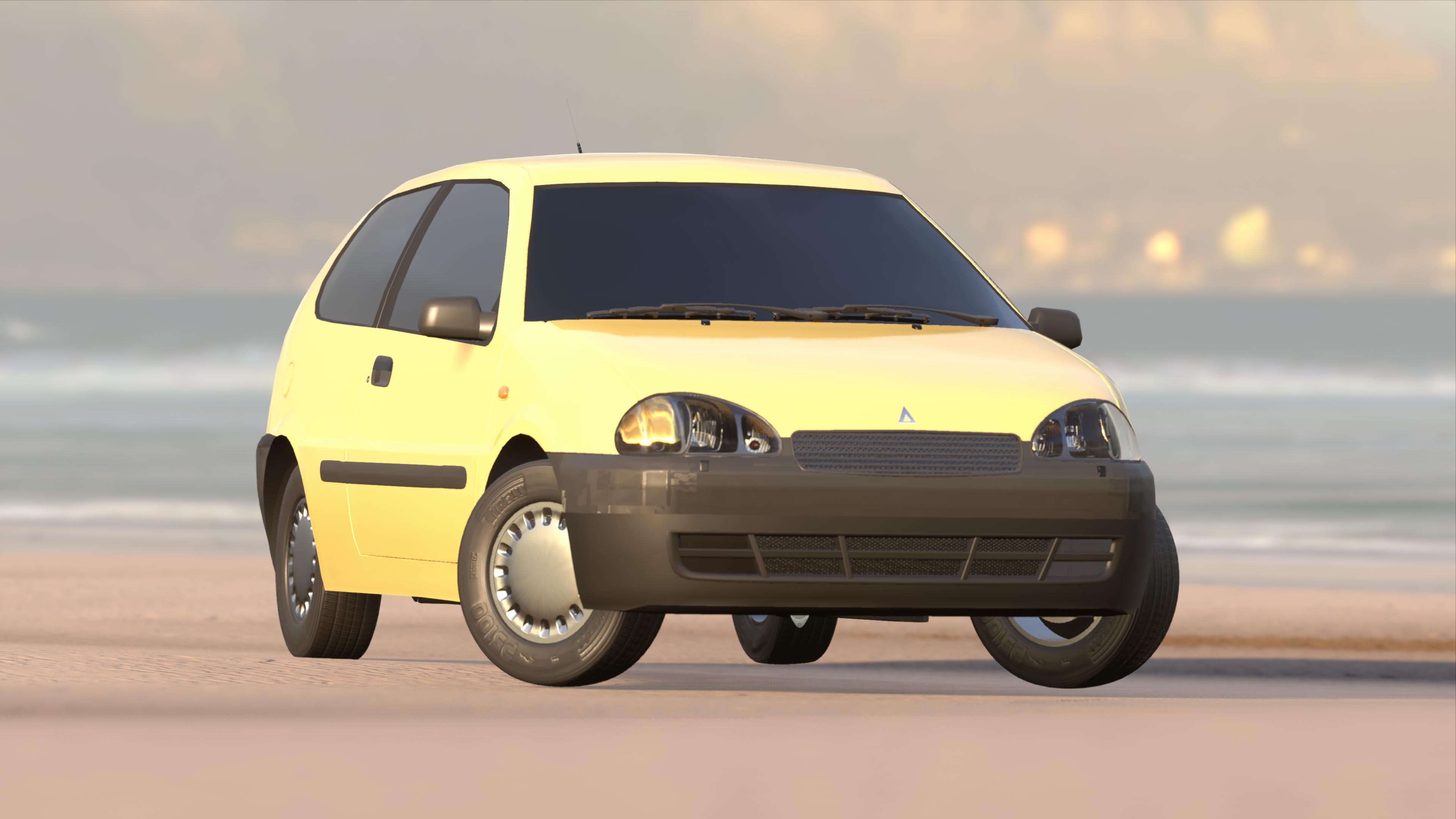 It does 0-100 km/h, you just have to be patient. It comes with a 1.2L engine and 5-speed manual transmission. Of course, if you’re rich, you can buy a more powerful version with a 3-speed automatic, foglights, and a sunroof. However, that car was just way too good for you guys.

Instead, you get a bunch of funky colors. 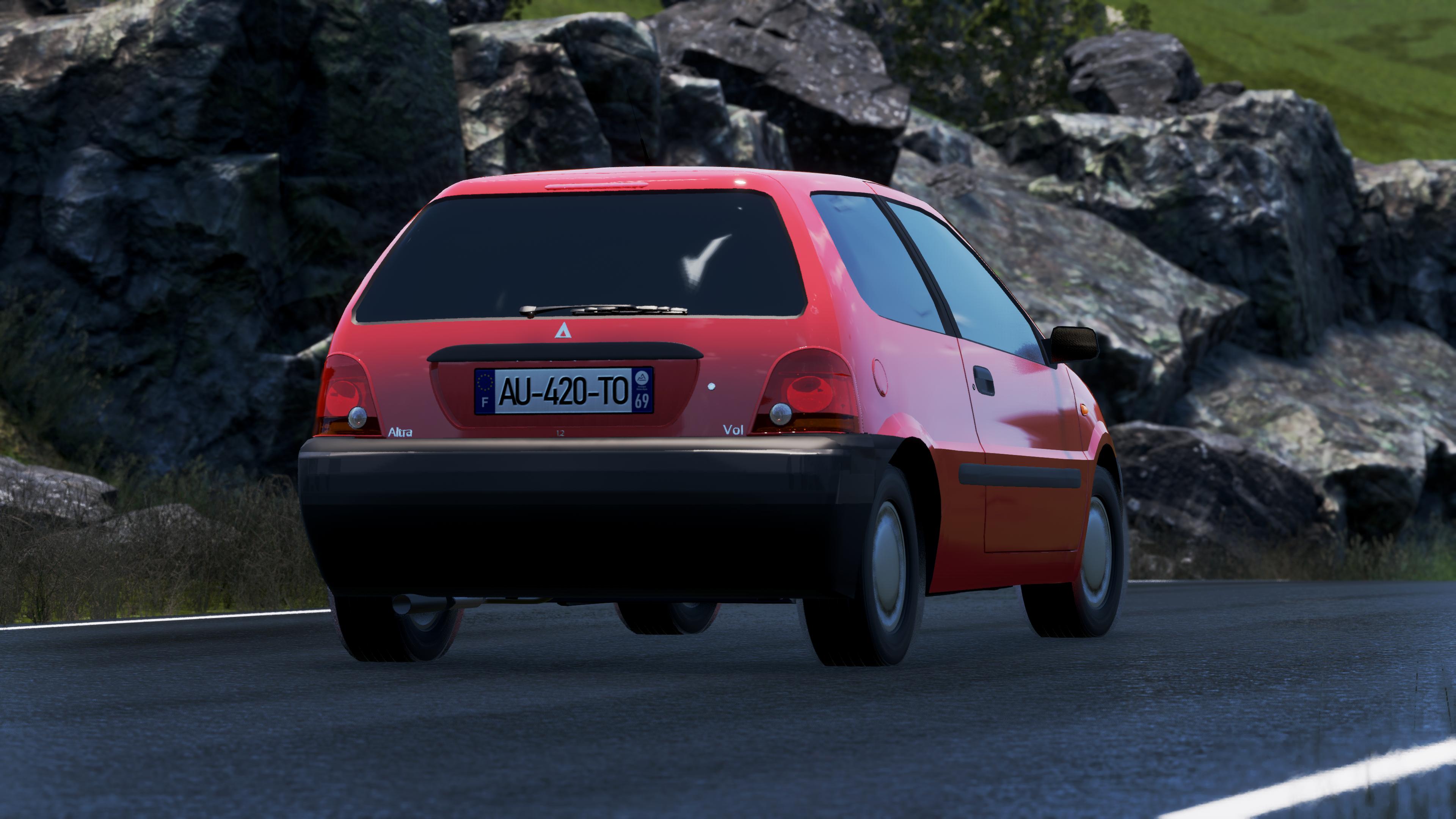 i have too much free time

Hey @Hilbert, you’re meant to make a bad looking car, not a cute and stylish runabout!

Yet we still have Twingo as inspiration?

I suspect there will be a bit of subjectivity in the judging regardless. One’s “cute” is another’s “ugly” and vice versa. I’d put the Mazda 121 “bubble” into the ugly category, but many people put it firmly in the “cute” category… taste is a bit subjective.

Yet we still have Twingo as inspiration?

I’m as surprised as you are, tbh… That Twingo is well designed and was a sales success so I don’t know why it’s on the list when the Chrysler Crossfire or the PT Cruiser would have been better choices!

Please note - an important edit has been added to the post. We will now be using a naming scheme of the form BDC - <forum name>

One quick thing Crypt forgot to mention in their comment, although they added it to the main post above: For people who would otherwise not scroll up to the main post and miss this- If you have already submitted a car to the Bad Car Design Challenge, your car will not need to be resubmitted with a new name. It will be grandfathered in, it’s our fault for forgetting to add a naming convention, not yours!