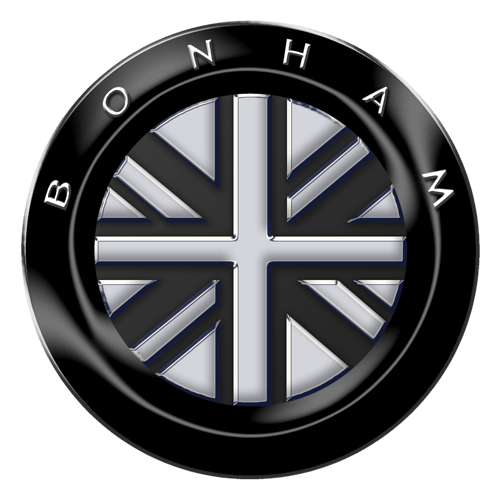 Bonham Chrome.png1000×1000 463 KB
Bonham was founded in 1898, by Robert Bonham, in Redditch, Worcestershire, UK. The company started out as a bicycle maker, which then developed to make motorcycles by 1907. Of course, anyone would, joining the ease of a bicycle with the internal combustion engine was just the first step in Robert's search for speed. In 1911, he started developing a motor car, which was finished right before WW1 broke out. After the war, Bonham invested on making 2 and 4 wheeled motor vehicles.

By the late 1920s, the production of cars far outweighed the production of bikes, making up 2/3s of the revenue of the company. Being in a region of the country that didn’t suffer as much from the air strikes in WW2, Bonham was able to quickly get back on its feet soon after the war ended.

The company is known for its blend of innovative solutions, luxury and performance. Bonham aims to cater for the more demanding buyer, who seeks more than a simple run-around.

The biggest seller of the range is the small executive saloon, the Bonham Chaucer, which is widely known for its blend of good handling, elegant styling and outstanding passenger comfort.

…And there I was thinking Bonham was a mere footnote in the Themed Car Challenge. Great to see this is getting some proper development!

However, I saw Worcestershire, and suddenly thought “oh no, it’s gonna be a Morgan-copy”. Thankfully though Morgan are in Malvern which is at the other end of the county

Great to see another British company too

I’ve got a question.
Since first cars of Bonham were made in 1910s, how will you present them?

I don’t know anything about pre-war cars, so I’d rather not be involved with those. However, having the company as a 1898 start up is a way to show the heritage, and also to align it with the common history of British car makers.

Pity!
I was at least expecting drawings, or renders, or anything (even cars from Gearcity xD) 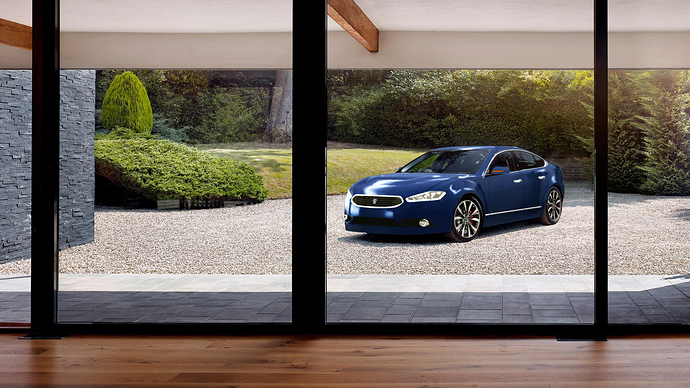 This is a car you don’t just buy, you lust after it. Designed to give the best blend of good handling, comfort and desirability, the Bonham Chaucer should meet and exceed the expectations of even the most refined. 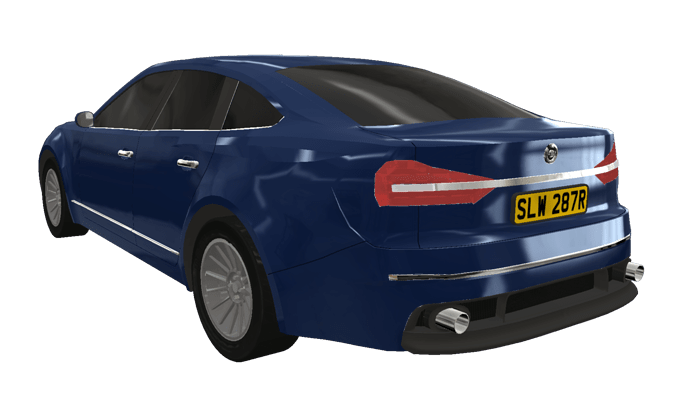 The car is designed around a complex suspension, comprised of double wishbones at the front and a multilink set up at the rear, with adaptive dampers as standard on all models, with power being sent to the rear wheels only. Outside, the panels are aluminium for a lighter kerb weight, which improves efficiency and the handling.
It is available from launch with 2 engines, a 2.0 inline-4 turbo with 202 hp and a 3.0 straight-six turbo with 321 hp, both mated to a 8-speed automatic gearbox. AWD and a sportier version should follow soon. 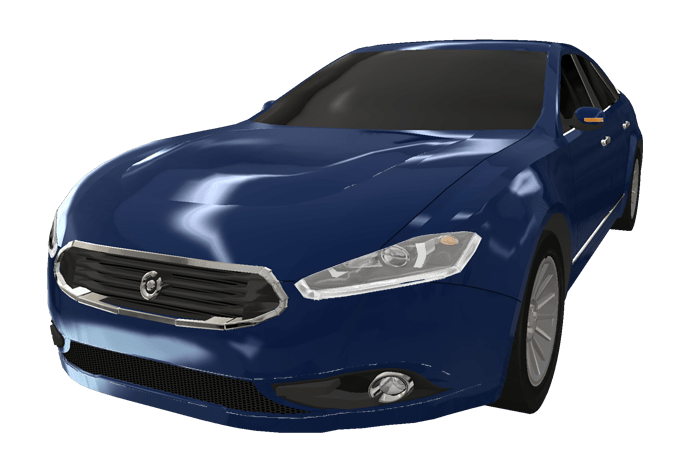 ###To rip off DeusExMchia, feel free to share competitors and rivals, and, as always, feedback is welcome.

Has some modern Jag vibe, which I definitely like. Oh, and these engine names are great too

Introducing: The Chord Nonus, designed to compete with the Chaucer. Chord is an Australian Company created with the objective to provide fun cars for the masses.

I’ll start with the best trim, the GTi. 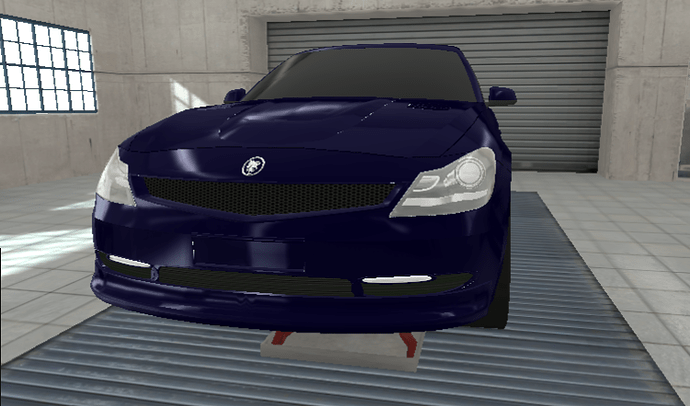 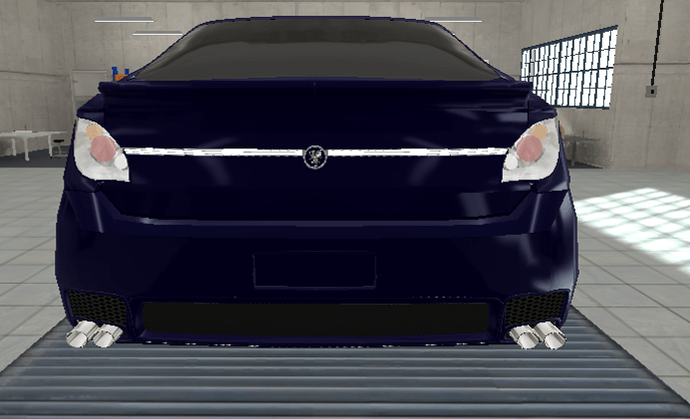 Chord 6.PNG693×421 219 KB
The GTi has a 4.2 Twin-Turbo engine producing 439 HP and a lovely Sport Themed Interior. It has, as all trims have, a 7 Speed Manual Gearbox and a lovely Luxurious Entertainment Pack.

The GL has also the Luxury Entertainment Pack but it is now powered by a 2.7 Turbo engine developing 301 HP. The GL’s design is the same as the CL, so the CL will not have any pics.

The CL is your normal entry model. It is powered by a 2.1 NA engine developing 182 HP. It has a low level Luxury entertainment pack, and it is finished, again as all trims in lovely Alcantara seats.

Here are some stats:

Now that is how you make a good looking car. Clean, simple and sharp. Great specs too, any chance we’ll be seeing an estate version in the future?

And of course, here’s the obligatory plug for the Erin Berlose. It’s more expensive, but a base model can be had for only a few grand more than the Elegance trim.

@anselmo Hey, nice car, but I don’t think it is a direct rival. Yours is vastly more expensive, even in CL trim. Maybe a rival for the upcoming, more expensive, Bonham models.

@DeusExMackia Thank you for the compliment and for the idea

Just kidding, an estate, AWD trims and an even faster model are all on the cards. Stay tuned.
As for the Berlose, it is a really tough rival, but I thought this would be a direct rival for the Tauga, but you still haven’t a current version of that car, right?

I feel they might er, complement each other. Not compete.

Quite sure he meant Penistone and Bonham. Or, very unlikely, Erin and Bonham.

Oh, ok. Sorry for my dumbness.

@Leonardo9613 Really depends on the wheelbase. In game, both this body and the non-Audi A6 body I use for the Berlose have very nearly the same wheelbase, and with those prices they’re very similar. But, it could be a rival for the Tauga, and there is a current version right here

I dont suppose the 2017 Adagio Verisimo would count as competition. It is after all stupidly expensive…even the premium spec at around $47,000…

@DeusExMackia fair point, they are indeed similar. The Chaucer is certainly closer to the Berlose than to the Tauga, both in size and in price. Interesting how big the small executive cars have gotten, since the Chaucer is quite well alligned in size with the real life rivals, perhaps a tad larger than them. Also, that shows how hard I will have to work now that I have a complex range of cars running around. There is barely any room for the Baltazar Basil between the Quasar and the Chaucer now. Oh, well.

I really like the design of the Chaucer. The taillight design is particularly great. So I designed a car that would sorta directly compete with it. 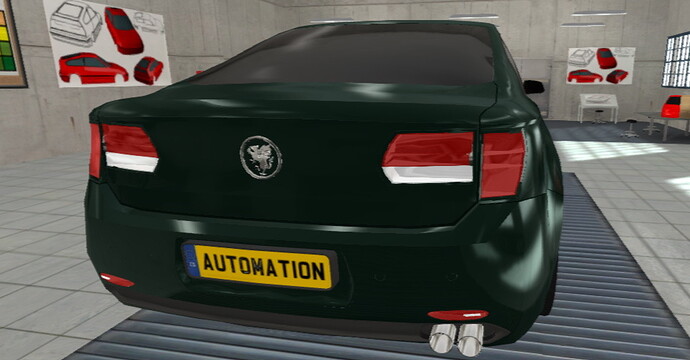 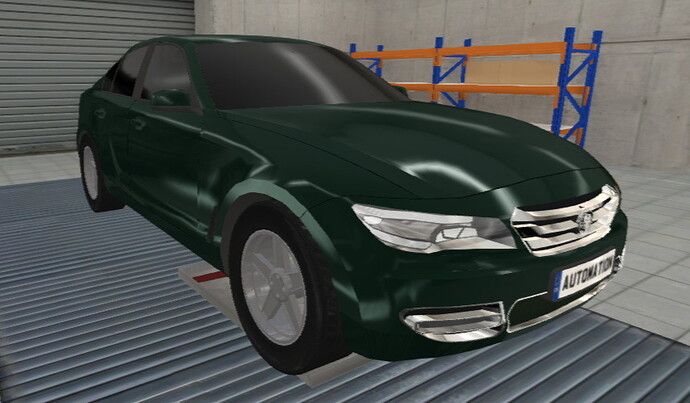 This car is designed as a classic luxury sedan. The 5000 has 370hp rated V8 at the front, rear wheel drive, sharp handling. 0-100km/h in 5.3 seconds, top speed limited to 240km/h. The GL trim is a mid-level one with nice options. But if you really want to go true barge experience you’d be better off with a GXL. It’s also available as an Estate.

If you’re one of those who like down-sizing, the Earthline trim is available. There’s also the GT trim that promised good performance in a discreet package.

Coming soon to reps near you. 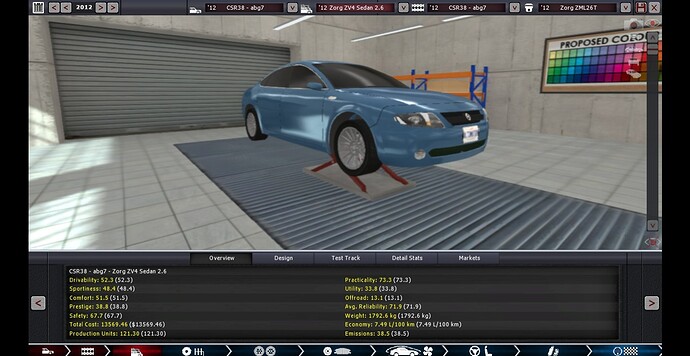 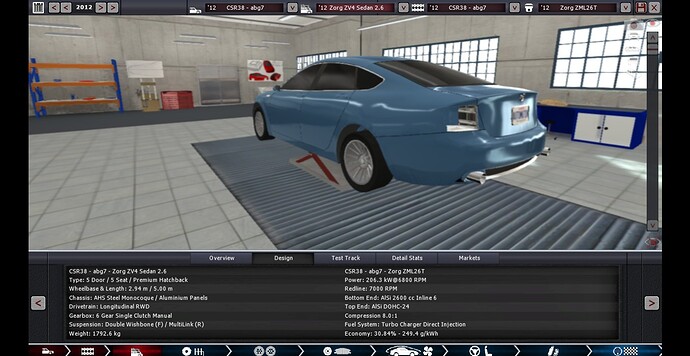 And this is the higher-performance 3.0 version: 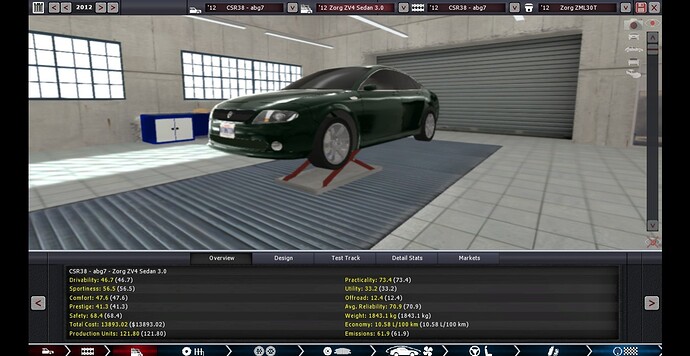 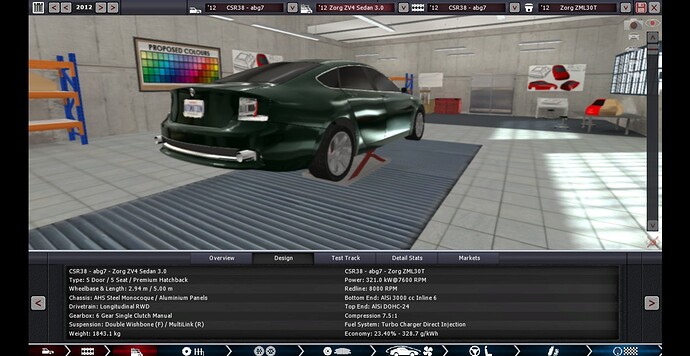 Compared to the Chaucer, the ZV4 has a more overtly sporting demeanor. A 6-speed manual is standard on these versions, but an 8-speed automatic is optional, as are adaptive dampers. Both of them, however, require regular (91RON) unleaded instead of premium (95RON) unleaded.

These are variants of my CSR38 entry as shown in the link below:

The Car Shopping Round (Round 38)

Since the Chord Nonus wasn’t the best of competitors, I decided to take a bit of my time and revise the Chord. So, I came up with the Japanese competitor to the Chaucer, the Ibishu Condensa.
The Condensa, features, in its more basic trim, a 1.8 Liter Turbo engine, developing 199HP. It has slighty worse fuel economy than its 2.0T Chaucer counterpart and similar performance. The Condensa, it is equipped, in all trims with the Premium Entertainement Pack and a manual 6-speed box for the petrolhead inside. Interestingly, the Condensa only weighs (in the case of the 1.8T, 1552 KG).

In its more “complete” trim, the Condensa features a 2.7 Liter Turbo engine, developing 302HP. It has better fuel economy than the 3.0S Chaucer and better performance, due to its lower weight (1632 KG). It also features 18 inch alloy rims instead of the 1.8T’s 17 inch steel rims.

In its “performance” trim, the Condensa is equipped with a 4.3 Liter Naturally Aspirated engine, developing 383HP. It has slighty worse fuel economy than the 3.0S, even though it weighs less (1658 KG) and it has more horsepower. It features SportTrack special seats, bodykit and the SportTrack rims.

Here is a picture of the car: 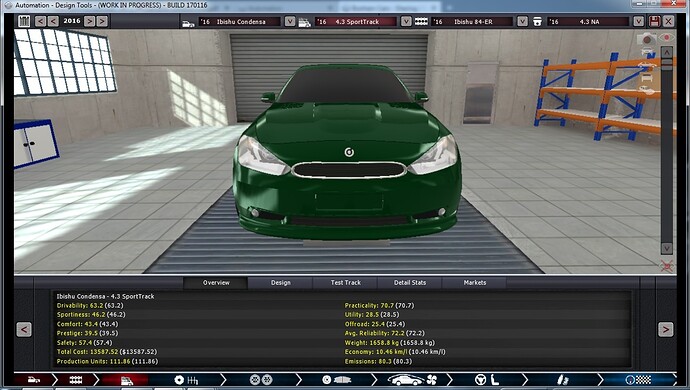