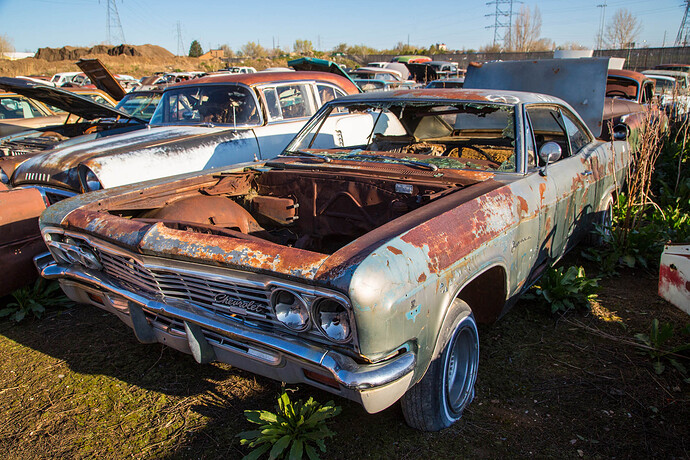 A man in his 50s walks up to a gas station, grumbling angrily to himself, and puts 25 cents in before dialing a number.
“Hey, Joe, yeah, it’s me, your brother. The car broke down AGAIN. ‘…’ Yeah I KNOW it’s the third time this month, I need you to pick me up.
‘…’ Well kids have soccer games all the time, don’t they? You’ll catch the next one. Just come pick me up! ‘…’
Yeah, I’m getting another car. This week. I’m gettin’ real sick of these damn lemons. Ever since the fuel crisis Lemme tell ya, they don’t make em’ like they used to!
‘…’ What? an Import? Bah. I ain’t no commie! But… now that you mention it, they been sayin’ they don’t break down as much as these domestics… ‘…’ Alright, alright, I’ll look over some of them, but they’d better be damn good, because I’ve only ever bought American! ‘…’ Yeah yeah… I can wait 45 minutes. Just hurry it up!”
He slams the payphone back with unesecarry force.

So, what’s going on? It’s 1985, and your new customer, Dan Biffle, is tired of his old American lemon. he’s only ever owned American cars, but since the fuel Crises, he finds they just don’t provide what he wants. He, and many other Americans of the time are looking at buying their first imported cars. This is where you come in. Whether an import or a domestic brand, you’ll have the same goal in mind:
provide a familar, quality product that also mitigates the issues of old.

Style, Style, Style! It should be obvious, but Dan’s impression of the car can and WILL be made or broken just by looking at it. He doesn’t want an eye catching supercar, but make something composed at least.
There’s a possibility he might be wowed by a futuristic design, but consider it a risky move.

How it drives: Old American cars are known specifically for handling well!.. oh wait, I meant the opposite of that. Dan doesn’t expect, nor does he want a sports car on the cutting edge of handling. He wants something
comfortable, and composed more than anything. There will be very few, if any circumstances he pushes the car to its limits, but, he wants to know that, should he push it a little bit, the car will remain dignified. D
Driving feedback is near irrelevant.

Room: Dan likes interior room, so an over cramped
cabin will likely not do him well. He’s divorced, but sometimes shuttles his nieces and nephews around, so the amount of seats he’ll like will be up to your interpretation.

Performance: If it’s got the power to merge onto the highway and give him a bit of excitement doing a pull, consider it sufficient. He’s not a power snob by any means but an underpowered car will most certainly make him turn his nose up and look elsewhere.

Fuel Consumption: It doesn’t need to be a hypermiler but keep in mind that this is the 80s and Fuel prices are well on the rise. An overly thirsty car will not last.

Reliability/Maintenance/Environmental Resistance: Consider that he’s getting rid of his old car for reliability issues. That said, don’t overemphasize it at the detriment to everything else.

Edit: Safety. No minimum but do keep in mind this will be looked at. Dan isn’t overly fearful of crashing but he grew up seeing American cars explode and being unsafe at any speed. Keep it in the back of your mind.

I know there’s not a lot of hard DOs and DO NOTs this round, but I generally wanted to keep it open to variety. Dan really doesn’t have an exact idea of what he wants, and would love to be surprised! That said, there are going to be a fair amount of hard rules:

Edit: Consider Race Exhausts banned. If you planned on using one anyways perhaps go back to the drawing board.

Edit: Cars must run on 91RON, this is the standard American fuel.

Max Trim Emissions: 950. If you think this is restrictive, consider that the Camaro of that year had a 5L V8 that made less than 200 horsepower mostly because of emissions.

Approx. Maximum Costs: 26,000. This isn’t exactly a hard limit, Dan will go over if he thinks the car is worth it. He’s not a penny pincher but money saved is never a downside.

Mods are open to use, however if I do not have all the ones on your car, the ball is in your court to direct me to the right ones.

Please post an advertisement for your car as well as PM it to me. This just makes life easier for me. No Ad= No Entry

Please no resubmissions. That’s standard by this point.

NOTE: I’ve entered a few CSRs before. I know the minmax tricks. Don’t use them. It’s obvious and I will laugh at you for it.

As of this post I will give exactly 48 hours to make adjustments. These will not be huge but if we find these regulations to be too lose/restrictive they can be adjusted upon request. Again more reasons to discuss it in Discord. After that, entries will be open for 9 days, This will give me the weekend to judge. even though thats my weekend to work but I’ll make it happen.

Mr. Biffle is looking for a road car, and as such race intakes and exhaust headers should not be allowed. Also, for the sake of everyday use, there should be a loudness limit - around 30 to 35 should suffice.

Mine’s all ready to roll out to the showrooms, I’m quite proud of it tbh. I think it fits considering the release date of back to the future is the very same year. Good luck to everyone else.

I do have a suiting 1984 lore car that has not been submitted anywhere yet. Is 1984 trim and variant year ok?

As for Race headers/exhuast. That should be pretty self explanatory. I’ll ban race exhausts because there could conceivably be some benefit from them. If anybody’s got the balls to try and submit a road car with Race headers, knowing the reliability and service cost issues, i’d dare them to try.

As for having a MY1984 car, is there any reason you can’t just bump up the trim/variant year by one? It’s alright if the base family of the car is a year old, hell, it can be 20 years old if you think it’ll be competitive…

Think of it like sending a MY1984 car like sending a car that’s been sitting on a dealer lot since last year. Acceptable? Perhaps. But it will definitely be noted if you choose to go through with it…

No hard limits. I think your judgement would be best suited for that. 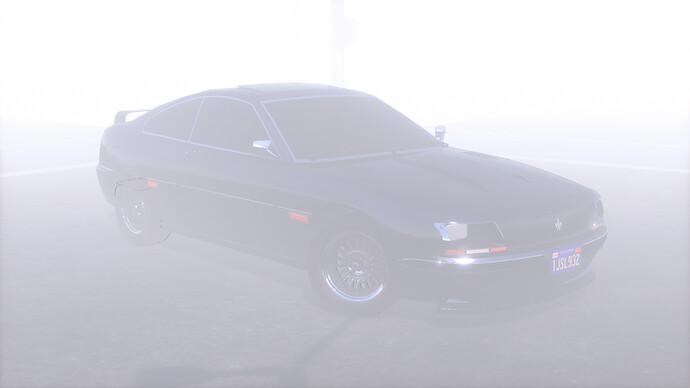 I gotta ask, if you win, do you have to host the next CSR? I’m not sure if I’ll win of course but I don’t really think I’ll have time to host with pending exams and such

As far as I’m aware there’s no mandation. It’s just got funsies.

if you’re going to do a classic larger American wagon (body on frame, RWD V8), you’ll probably be achieving 10 to 16 MPG 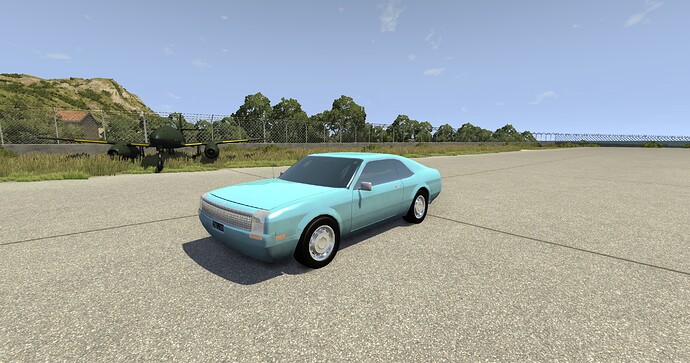 You can join a CSR round without the intent to host, as hosting competitions, especially ones with limited time for judging (like CSR), is not an easy task. Notifying the current host that you do not have the will to host while submitting the car is a good thing to do IMO. 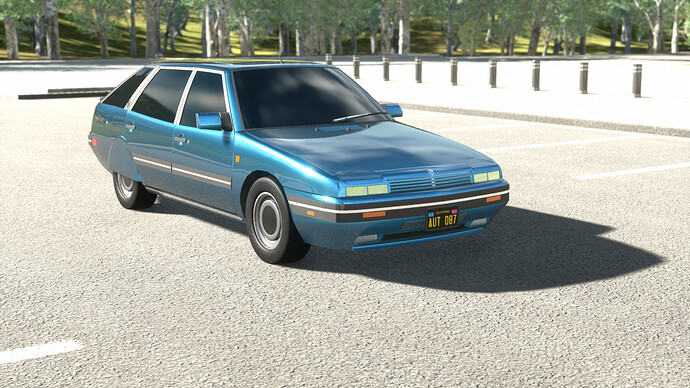 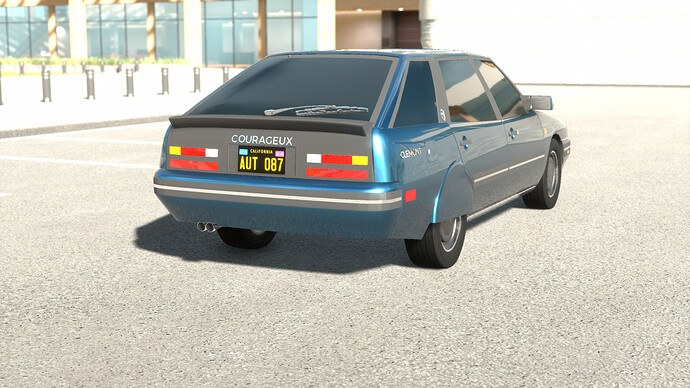 You’ve got This long to submit. Good luck!

the Italians are coming

The Japanese are also coming 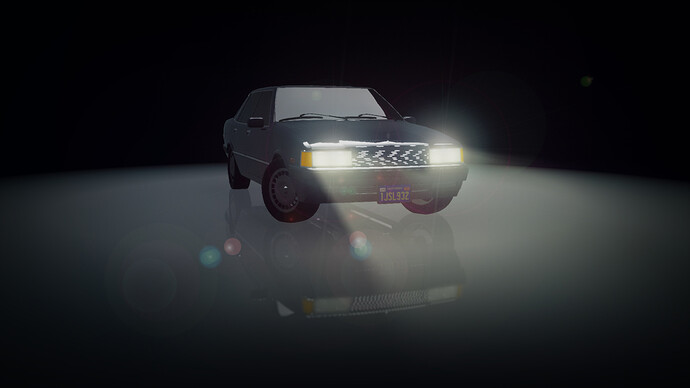 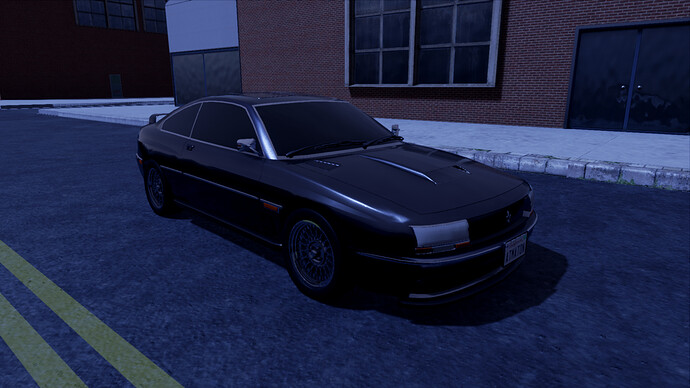 I’ve already made a pair of test cars for this one - a highly comfortable, if expensive, Euro sedan and a smaller, more affordable, Jap import (although last time I checked, they both meet regulations). I just need to weigh up the pros and cons of each… Hopefully one of them will get the nod for submission; if not, I’d just take the third option of making another potential entry.