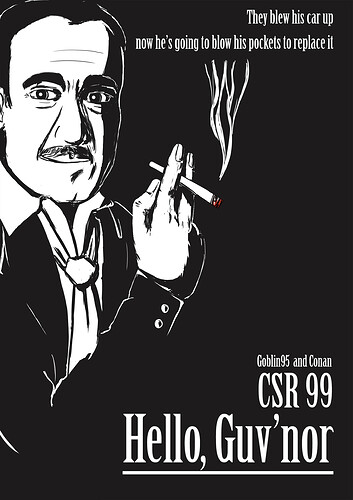 If this is your first time participating in CSR and aren’t sure about the rules regarding CSR, follow the link to the general rules for this competition by clicking here. If you’re still unsure, please do not hesitate to ask us here!

This is a collaborative effort between me and @conan! 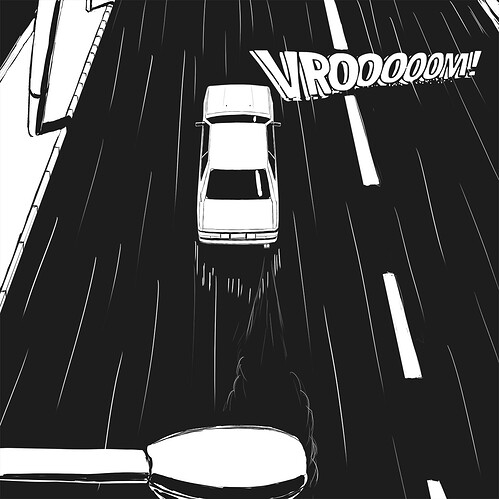 CSR99-page1%400%2C5x1240×1240 189 KB
The thundering engine noise of a Mitsushita Sesta 3.0 blared as it sped down a small industrial estate road. The gold car gracefully swerved around road debris and bags of rubbish then suddenly stopped in front of a warehouse parking lot. The men in black overalls who were hanging out in front of the warehouse looked at it surprised.

“You’re nicked!” shouted the burly Detective Chief Inspector Sammy Gecko as he stepped out of the Sesta while aiming his Magnum Revolver at the criminals.

[image here]
The loud explosive sounds of gunfire immediately followed. Gecko promptly took cover behind his trusty motor.
“Oi you tosser, you better pay for this!”

The criminals hurriedly got into a Kasai A280 and shot at Gecko as they were trying to flee the parking lot. Gecko dived behind cover of a nearby pile of rubbish and fired back.

It was at that moment when he saw it. One of the criminals on board the blue sedan got a hold of a rocket launcher, and he was aiming it at him.
“Oh bugger,” Gecko muttered as he’s sprinting away from sight.

The RPG squarely hit Gecko’s Mitsushita Sesta, completely obliterating it in a fiery explosion. In mere seconds, the once-luxurious car turned into a pile of burning scrap metal.
“You bastard!” Gecko shouted while trying to gun down the fleeing criminals.

When he thought it was all over, a car suddenly T-boned the Kasai into a wall, pinning the trapped criminals inside. Detective Inspector Sam Crane and Detective Sergeant Ronald Bailey exited the car and immediately gunned down the remaining perps.

Gecko, still devastated by the sudden loss of his then-beloved car, slowly walked to the burning wreckage feeling quite angered.

“He killed my car,” Gecko said to one of the perps that’s still alive in the wreck. “You killed my Sesta, you worthless bastard!”
It was then, that the final crim’s life ran out.

[image here]
Inspector Crane tried to cheer Gecko up as he patted his shoulder. “Wow, sorry about your car, guv.”
“Like hell you are.”
“Come on guv, we’ll take you back to base.”

That very evening, DCI Gecko went to see his superior, Detective Superintendent Moran, for a debrief. But he’s also got something else on his mind too.

Obviously, as the Sesta is now lost, DCI Gecko will have to find a new car for use in his police duty. Something luxurious and with great style like the old Sesta. It’s a bit of a shame, but also an open door to new experience. DCI Gecko likes a fast car, not only for catching criminals but also to simply enjoy the afternoon ride when possible. The car also needs to handle quite well and should be relatively tough. But most important of all, of course, is that it should be stylish and cool.

An advert of the car is required and must be posted to the thread.
Workshop mods are allowed.
Semi-slick tires are not disallowed, but will negatively affect judging.

(*It has come to my notice that there are some bodies whose wheelbase are rounded up to 2.4 m while they’re actually around 0.01-0.02 m too short. I will still allow this, as long as the big text says 2.4m.

These are the things that will be prioritised during judging.

These aspects are not a top priority, but could potentially give your car the extra edge.

Send me a Private Message containing your .car file, or if you cannot send PMs yet, @ me in your post reply in this thread that contains your .car file.
As usual, the same naming convention applies.

The rules are open for suggestion and changes for 24 hours until Saturday, 27th of April at 2:00 GMT +7, at which point the submission window will open.
Deadline for submissions will be on 4th of May at 2:00 GMT +7!

Do note that we are running on a very tight schedule and therefore there is ZERO TOLERANCE for resubmission; Failing to follow these rules will result in your entry being put in the hall of shame!
Unless if that’s what you want to, in which case you do you.

Good luck, and have fun!

After reading the back story and opened the reference picture…
Is that ‘Ashes to Ashes’ reference?

Any preferences for a manual or an automatic gearbox?

Now that really is a challenge to my liking, your car selection is exquisit. Indeed it is.

I had an M36 clone around here somewhere, but I can’t import it.

After reading the back story and opened the reference picture…

Is that ‘Ashes to Ashes’ reference?

Any preferences for a manual or an automatic gearbox?

The Sesta was a manual, but he could do both transmissions rather well, really.

That moment when your car is comfortable, fast, offers good handling and is nearlly unkillable but looks like a whale… 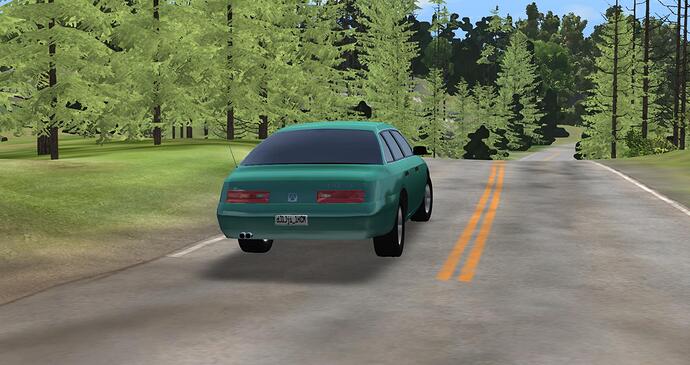 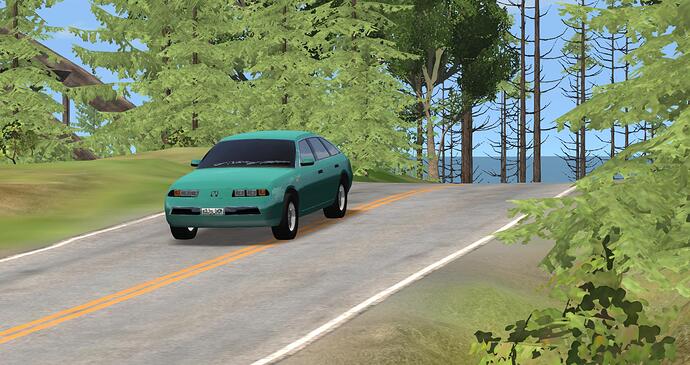 My freedom sense is tingling

I want to make this clear, is this in Open Beta?

https://www.bing.com/videos/search?setmkt=en-AU&q=caution+squad&PC=SMSM&ru=%2Fsearch%3Fsetmkt%3Den-AU%26q%3Dcaution%2Bsquad%26PC%3DSMSM%26FORM%3DMBDPSB&view=detail&mmscn=vwrc&mid=0ACFE95D672BF0DA7C3F0ACFE95D672BF0DA7C3F&FORM=WRVORC
Sorry, but I had to.

I am using Open Beta build for judging, yes.

And for people who use Stable build, do state it in your PM that you’re on Stable so that I can verify whether the values I received are different from what you see. (It shouldn’t, but who knows)

So fuel economy is not a criteria for judging at all? I’m just making sure that my 3 mpg Freedom-Mobile won’t get binned, of course

Nope, not at all.

How is a 2-door car supposed to have 5 full-sized seats, whereas in real life, such cars tended to only have four full seats? And shouldn’t a five-seater have four doors as well?

As for the rule set, I had something similar in mind ready for use in the event of being assigned hosting duties, but you beat me to the punch with it. At any rate it reminds me of Miami Vice or Magnum P.I. for some reason.

excellent, guess I might as well throw in an automatic in that case

Plenty of 2 doors cars have 5 seats.

Actually. The 5 seats rule does tell what sort of car we’re looking for. You’re having a great point there. Not that we expect people to adhere to the expected design ideology, anyhow, this is Automation, not real life. So why should it matter if a small 2 doors have 5 seats?

Basically we’re just saying this car should be able to fit 5 grown up men and as long as it meets both wheelbase rule and 5 full seats we’ll assume it can do that.

The CMT L43 was a quite popular police car. Most detectives love their L43 EX model, fast, stable and comfortable. But what about special units that need more than just a regular production car?

The L43 DX (Detective Xtreme) is built for highspeed chases. It features an air suspension with adaptive dampeners, durable and effective on all road suspensions. The 4.3L V8 changed MPI back to proven SPI due to reliability reasons, but goes for 98 octane to compensate that. The catalytic converter has been removed as a limited production car for police special forces is not checked by the government that strict when it comes to emissions…
An AWD prototype was denied because… you know… some bearable wheelspin and hollywood-like drifts are a must have on such a car. As in case of emergency the driver maybe needs to drive AND shoot, it comes with an advanced four-speed automatic transmission.
Spacious, fast and durable - the last prototypes are currently under testing by former FIB special agents.
The styling is still WIP, as the agents urged for some prestigious styling that intimidates the baddies and we are not sure if this is really the optimum. 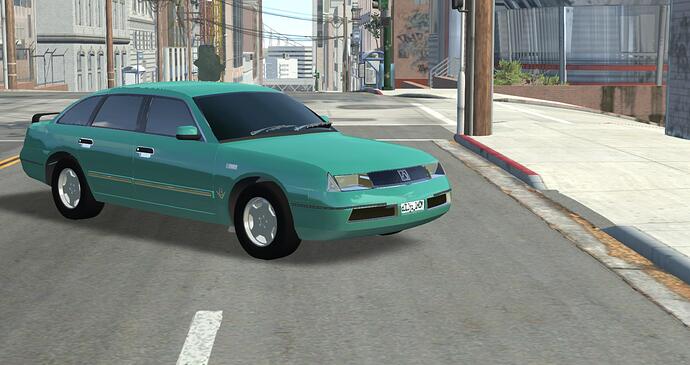 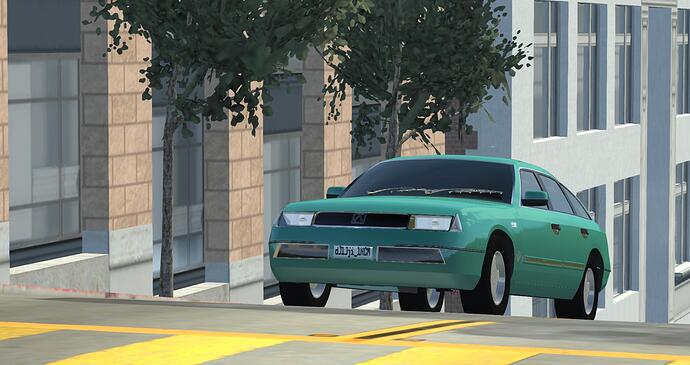 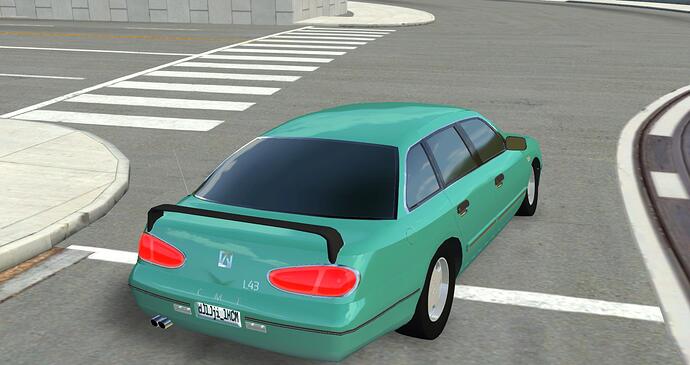 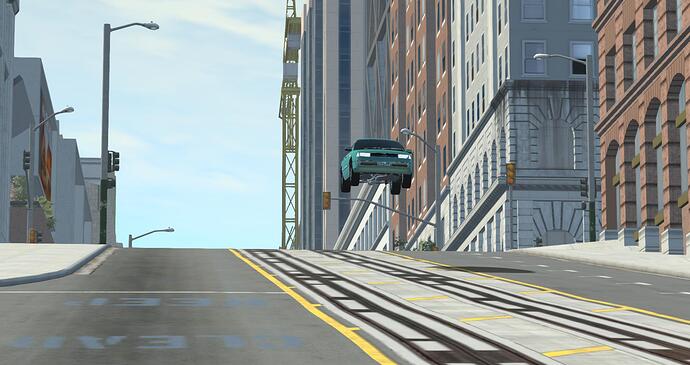 After the prototype was sucessfuly tested, the designers got back to work and managed to make the car a little more “threatening” and appealing. 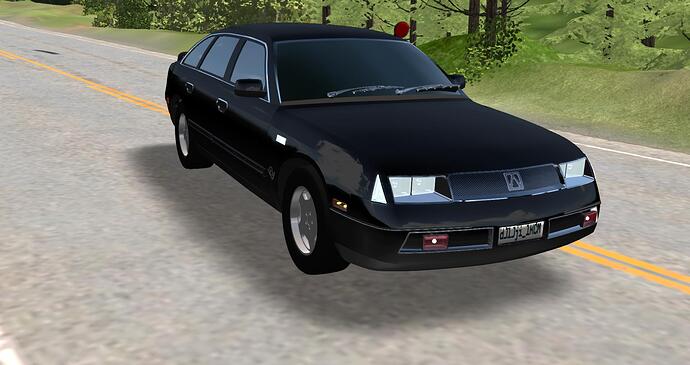 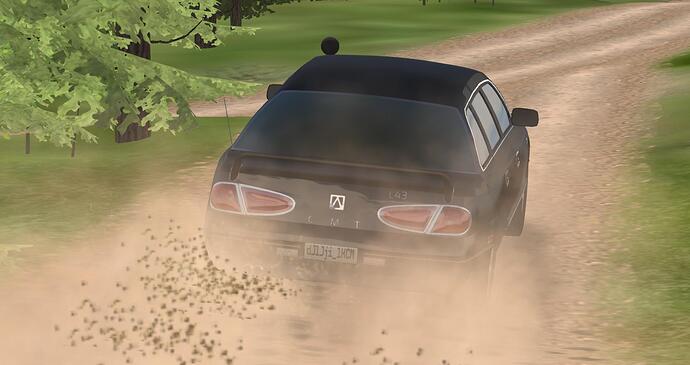 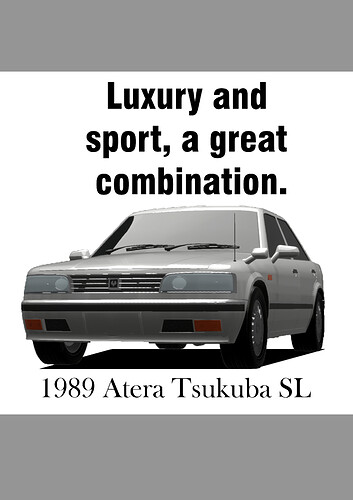 Does the client care about the transmission type? If not, I might consider fitting an automatic transmission to make his life easier.

Edit: I’m contemplating several approaches to this round - should I go with light, fast and agile, or big, relaxed and luxurious, or something in between? That might take quite a while to work out…