Here are the two tracks used for automobiles at Daytona International Speedway in Daytona, Florida.

Currently they are both in single lap, but could easily be made as a double lap for a “flying lap” at the end. I was in a hurry last night. 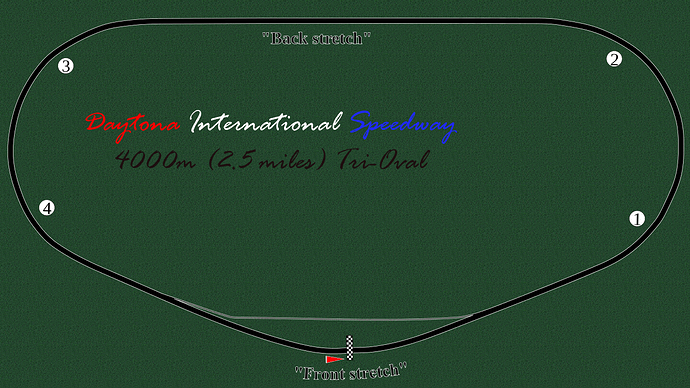 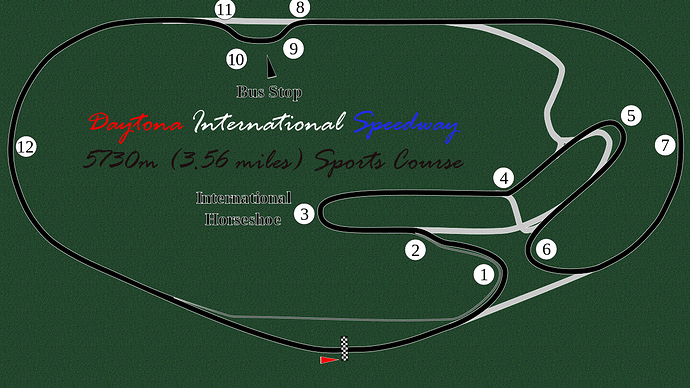 I did not get a screenshot of either track in the editor. If I remember, I will load both of them up and capture them so they can be added to this post later.

EDIT: (20 September, 2016) Complete rebuild of track with new image (see below) to include flying lap. 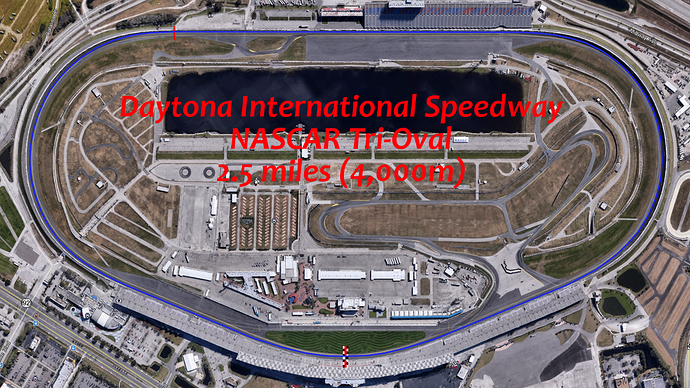 Wow, you’re breezing through these tracks, you should be the official track maker for Automation or something. Keep it up.

Ovals are really easy. The infield, while it isn’t “perfect”, actually wasn’t much harder to add.

Hey! This could be a dumb question but since you mentioned it… xD how do you make the double laps for this and other tracks to get a flying lap? Thanks! You really do an amazing job with the tracks

Just copy/paste the original lap segments again to add a flying lap. The hardest part is to get the lap to stop exactly where it started. If it doesn’t, the second lap gets really far off.

Edited OP with new version and track image for NASCAR Circuit to include a flying lap.

This track may need an update if this hurricane keeps at it. 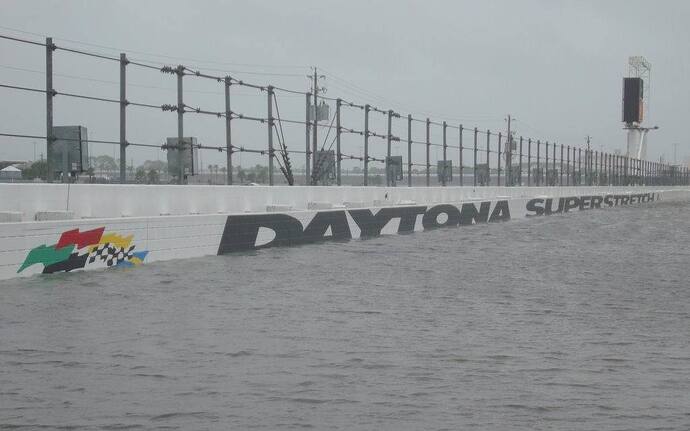