Nice car there! Maybe It can go head to head against the alaris

The Alaris is C-Segment?

Edit: I’m really not used to using c segment and others, i just use compact, midsize, and full-size and super/sports

Ah yeah I gotcha! Elos is a compact haha 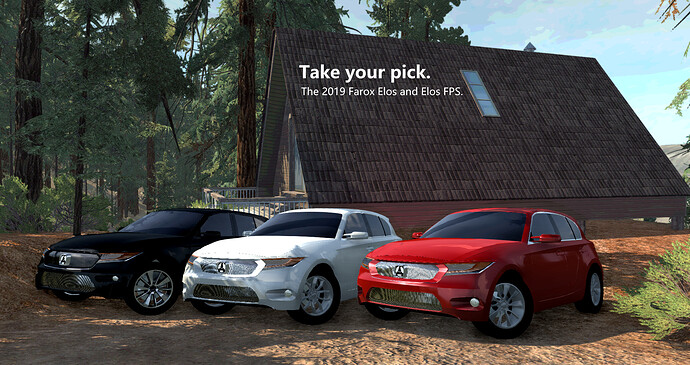 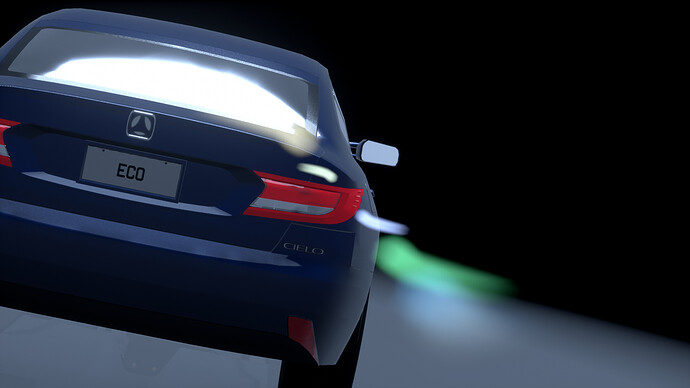 A very clean and simple design, and elegant. I like it! 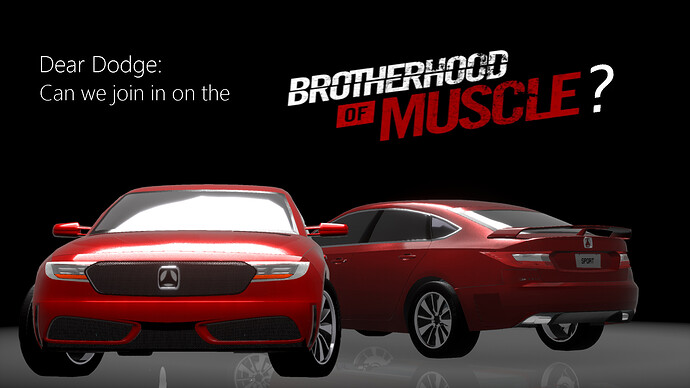 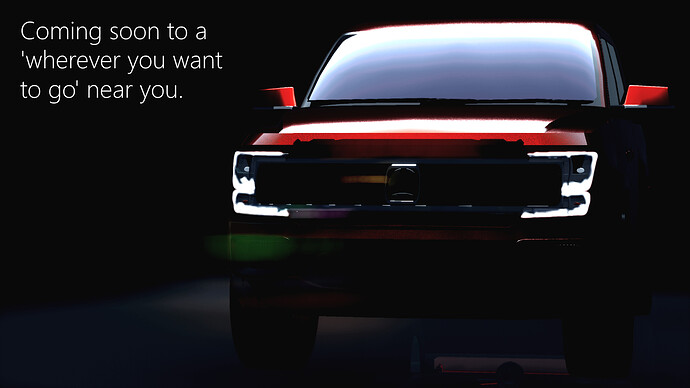 Ignore the above posts.

Uhh, I guess since no one asked, 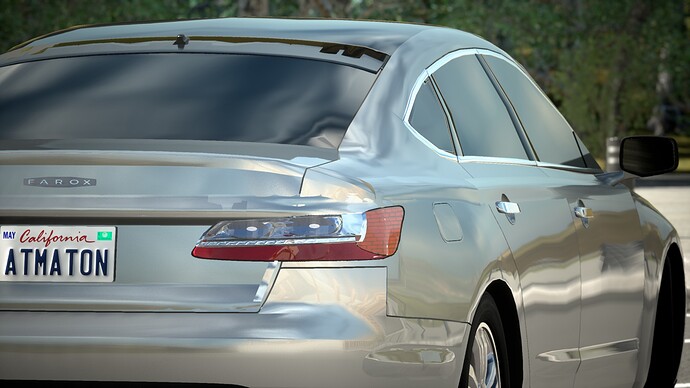 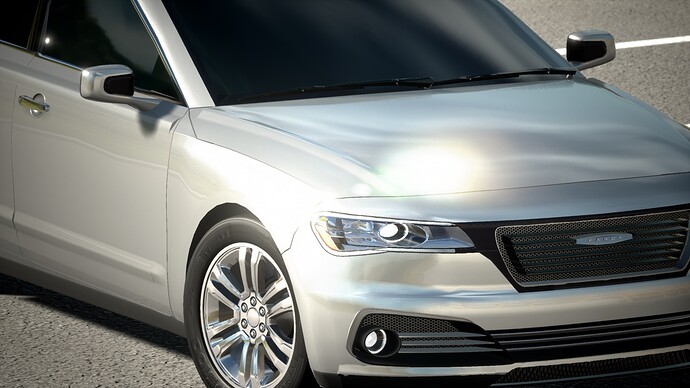 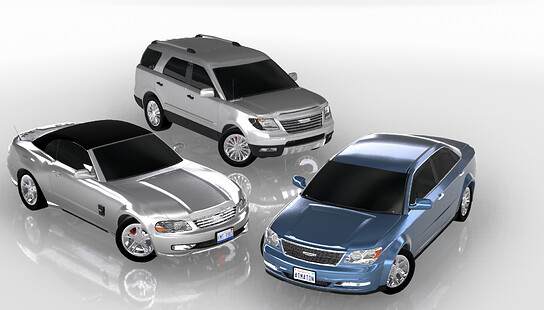 Ever since its 1st generation back in the 1960s, the Farox Talbot has strived to stand out from the crowd of traditional American fullsize cars. It’s always wanted to be one step ahead, one cut above all the rest. Each one has details that separate it from its competition – whether it be in the form of a pioneering design, quality that’s on par with upper-crust exotics, or just massive power, the Talbot is just a little bit unique. 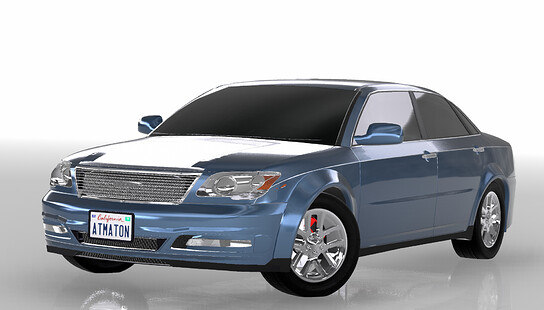 The Fifth Gen was introduced in late 2002 as a 2003 model, and was the first Farox to bear the Talbot name since the car it was based on, the Monumental, was phased out in 1996. The Talbot was the top of the line model for the division, as well as one of the most expensive of the Farox lineup, second only to the fullsize SUV Arctica. All the Talbot’s shared a 113.8-inch (2,891 mm) wheelbase and were developed using Farox’s new computer drafting system.

A traditional FR layout was used. However, new improvements pushed the wheels further out to the corners of the car, and made the engine compartment just large enough. That let the Talbot claim the largest interior space in its price range without being too huge on the outside. Unfortunetely, it also detracted from room in the engine bay. Nevertheless, you could still upgrade from the base 3.7L V6 with a paltry 195 horsepower to a lovely 5.6L Huron V8 with double-overhead cams making a huge 363 horsepower.

This model also pioneered a newer look for the brand, with distinctive convex headlights and a flashier grille with numerous vertical chrome bars, with a subtle lower grille and large foglamps. 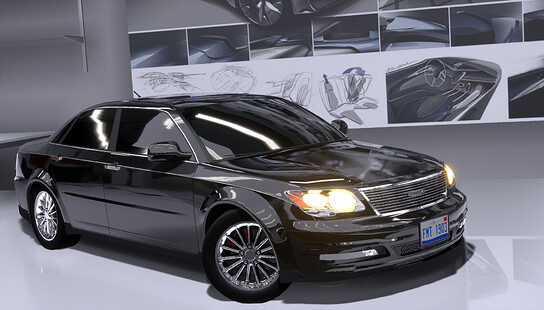 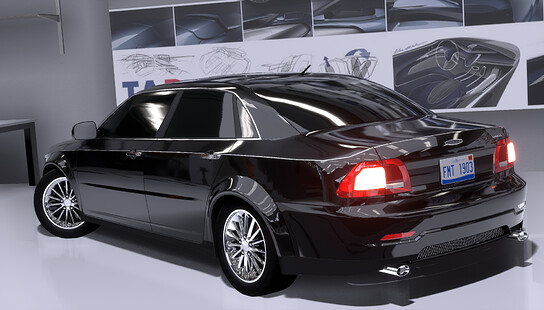 And with these last photos, I conclude the lore post of what is essentially
my ultimate affordable dream car. :))

What body did you use for the '06 Talbot? I’ve never seen it before… But that’s because I’m still using the latest stable build, which means it was introduced in the latest open beta. At any rate, this is one of your best-looking cars to date. 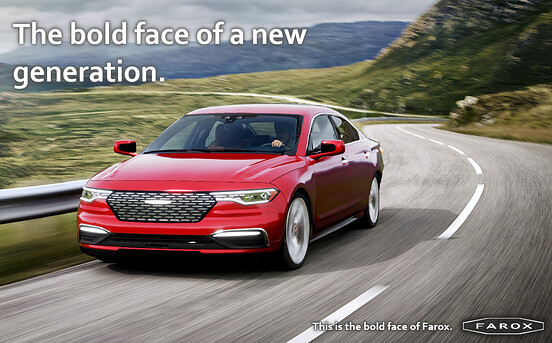 The 2019 Farox Alpha was unveiled at the 2018 New York International Auto Show and was released to the public in late 2018. The new Alpha was part of a group of Faroxes that pioneered the new “hyperspace” grille and lighting pattern, and introduced a brand new straight-six turbo to the brand, which would be used in numerous other products that followed.

The new Alpha rode on a stretched wheelbase to more closely compete with executive saloons like the 5-series and CTS. The overall length stayed within half an inch of the previous car, however, and it was lowered. An active sport suspension is offered on the FSport models.

The engines, as aforementioned, were revamped for the new car. The new G6 turbocharged inline-six cylinder is constructed entirely of AlSi, and features a single medium-pressure turbo that gives its full force at at 2300 rpms. 333 horsepower is made from 6300-6900 rpms, and 332 lb-ft of torque are on tap from a very low (for Automation) 2400.

Farox opted to keep the 5.6L V8 as an option, boasting 413 horsepower and 400 lb-ft of torque. All engines send power to either the rear, or all four wheels through an 8-speed automatic, which has different programming from the previous generations, as well as a shorter final drive ratio on I6 models to compensate for a broader range of rpms. 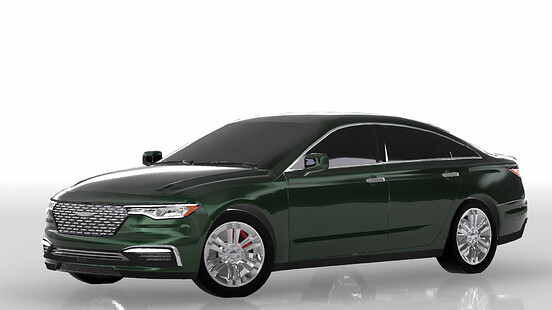 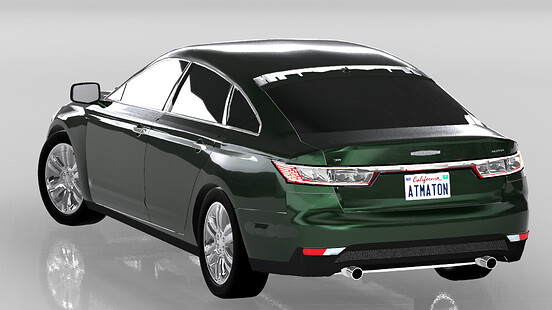 Up next is its grandfather. :))

If there was ever an argument for not buying an SUV, the latest Alpha proves it by not only looking the part, but also walking the walk and talking the talk, as the Americans so often put it.

I think I need the export file just so I can drive this around a bunch. One of the prettiest sedans on the site.

Happy Holidays from Farox to you! 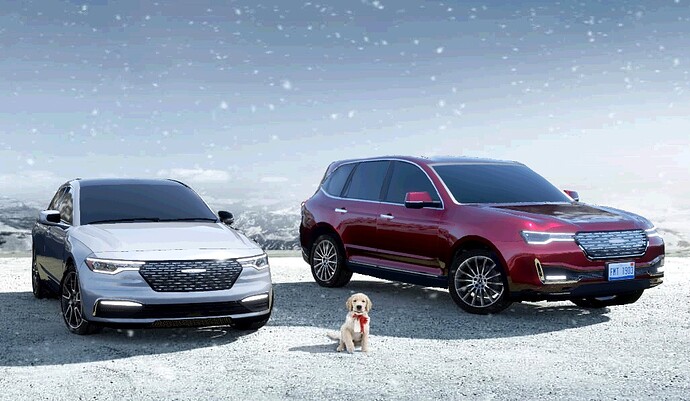