JPA Dimensionale Cinque Molida, my most detailed project yet!

The original premise was simple: use the ‘Revolutionary body shaping’ mod to try and build some new headlights… And then things got completely out of hand. I decided, in pursuit of my design methodology, to make this car as unique and realistic as I could without, you know… having to resort to narcotics. Tons and tons of narcotics. Making it the last car of a certain company with a new, incompatible game version coming up can do that. Fresh start and all.

The result is this: the JPA Dimensionale Cinque ‘Molida’, or just Molida for short. The name comes from two earlier cars, the Dimensionale Otto (the first car I ever used 3D fixtures on), and the Dimensionale Sedici, a car I used with some friends as a basis for a design contest. The Italian numbers just refer to the cylinder count. The ‘Molida’ part is a take on body molding, the very thing that birthed the project to begin with.

To put what I’m about to lay out in to context, a typical ‘Hey I want to try {insert random thing here}’-car takes me between 45 and 90 minutes to complete depending on whether or not I give it an interior and how much time I spend on the exterior.

The Molida… It took more like 17 HOURS to make. And if I felt like it, I could easily throw another 10 hours at it to fix the things I’m not very happy with, and that’s on ONE trim. Fixture count? Oh, something north of… 300? To list a few of the things I included:

All things considered, I think it turned out wonderfully. There are some things I’m not entirely satisfied with, but being a completely experimental car, that’s no surprise. The one thing I think I really messed up are the sides of the inside, they’re not in the right place, and are much too blocky. As such, the doors are not very detailed.

There is one big thing I missed though, and that’s keeping track of the mods I used. As such, I’ve had to make a Steam collection of all the mods that might have in some way ended up in the car. If you want the car to work, I’m sorry, but you’ll have to download the lot of them. Here’s the link: Steam Workshop::Addons needed for Dimensionale Cinque Molida 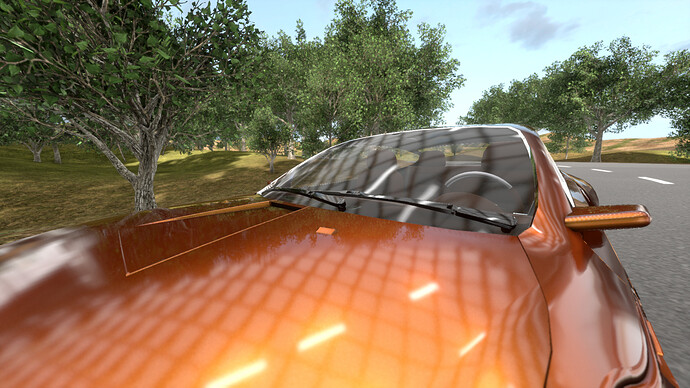 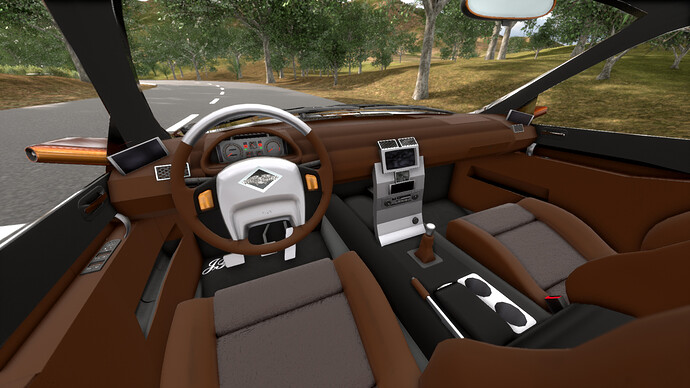 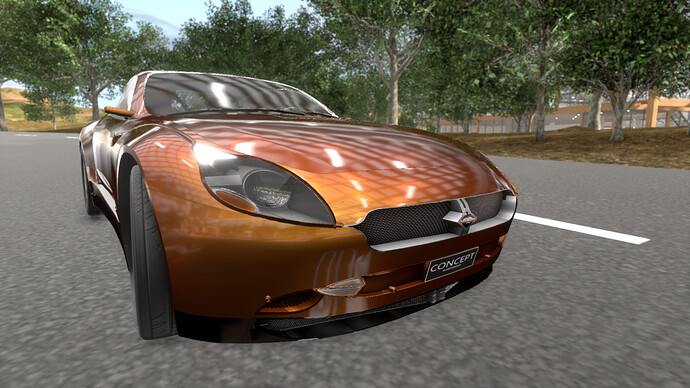 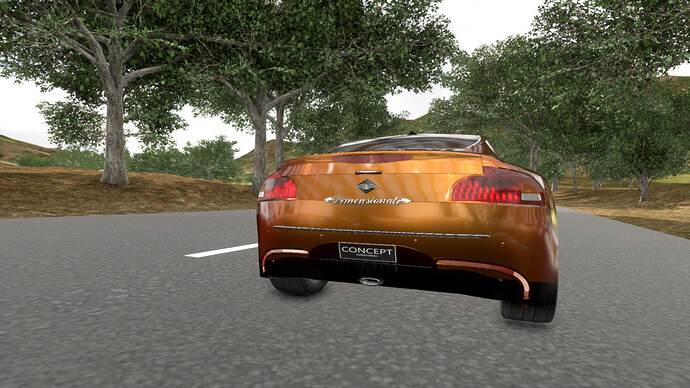 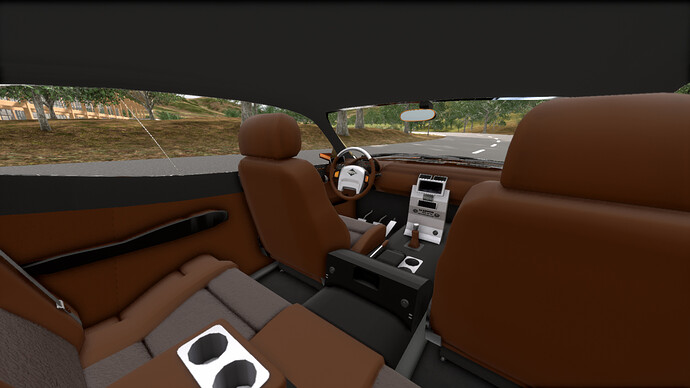 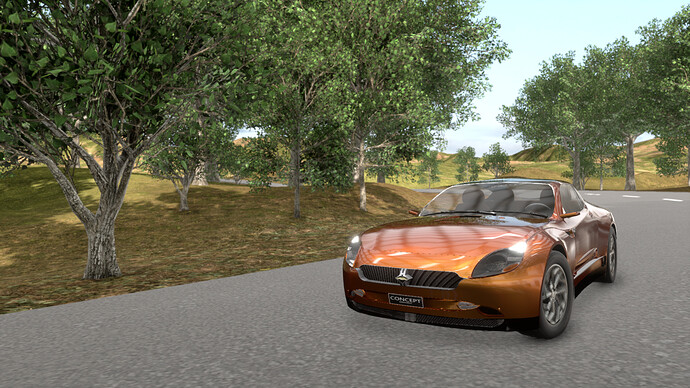 A beauty indeed. Could you maybe take some shots from perspectives that shows more of the sides too? Would give a better overview of the overall looks.

You’re using the same field of view (mouse scroll) on the inside and outside. For better exterior pics, place the camera farther away from the car and scroll until it’s close to it again, It will make the image flatter and overall better looking. 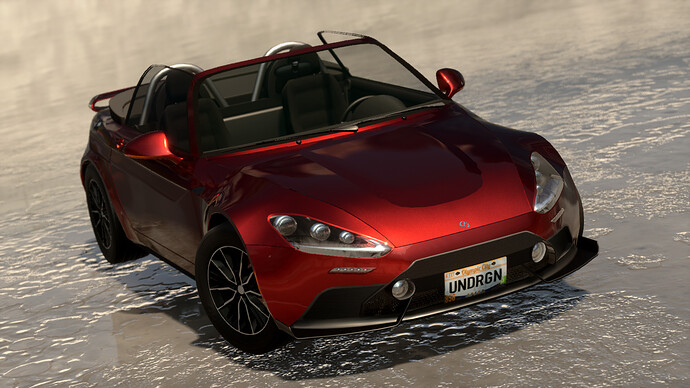 Other than that, it’s a cool looking car, with only a few things I’d change. Reminds me of a Ford Puma.

Now that I’ve downloaded this piece of art, here’s my verdict on it:

The Molida is a looker for sure (with the possible exception of the roof line, which is a bit longer than it should be), but for what is ostensibly meant to be a grand tourer, the choice of engine is somewhat puzzling - a 3.0L turbo I5 with 5 valves/cylinder tuned for maximum economy, not performance. A straight-six, V8 or V12 would be a better choice at any rate for such a car. Leaving that aside, the use of solid rear disc brakes (combined with a low brake cooling factor) creates significant brake fade. And partial aluminum panels on a glued aluminum monocoque chassis? Full aluminum bodywork would be more appropriate for this kind of car.

Also, the tire profile is a bit on the high side and doesn’t fill the wheel arches very well, especially with a high ride height. On top of that, stability control should be standard fitment (if it isn’t already) and standard safety with negative quality is an absolute no-no on any premium car. Finally, a lightweight, track-focused sports interior seems out of place in a four-seat GT - a plush premium or luxury interior would be more fitting.

Those are the only complaints I have about the Molida. Other than that, this is a well-built machine. Well done!

All very valid points. Truth is, I didn’t set this up with much thought at all. Initially, it was meant to be a long-distance convertible with a hint of performance, but the body just didn’t work right. I switched bodies without actually re-engineering anything, hence the weirdness. That aside, the engine is actually just dropped in from a completely different car (new laptop, so I had one engine just laying around, being a design study I didn’t feel like making a new one) The negative quality thing is a trick I employ to save a few kilograms; I do so on basically any car I make.

Thanks for the feedback! 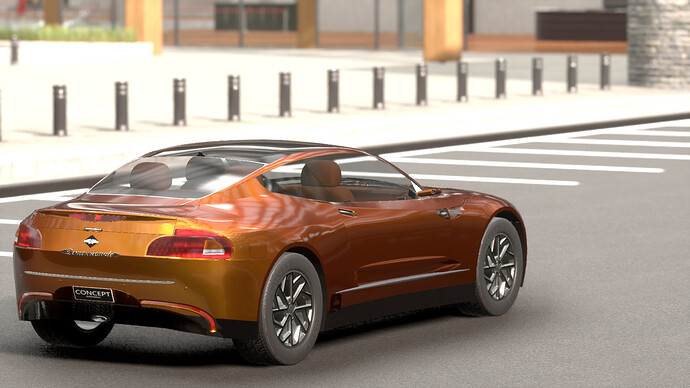 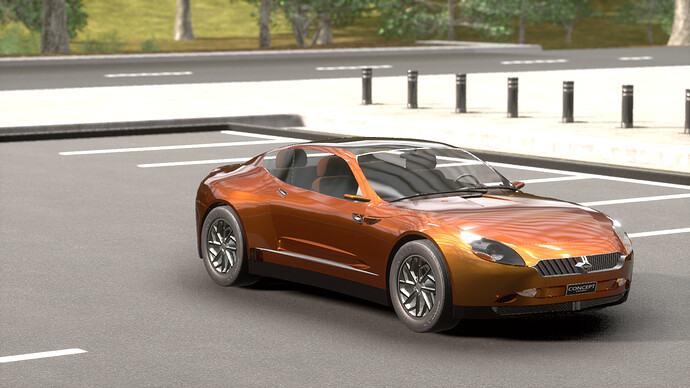 So this is an interesting look. The front reminds me a lot of the european Ford Puma. Rear end seems a bit off and the interior needs a lot of creative work to bring it together.
Try a bigger exhaust in the back, resize the gear shifter and maybe use ordinary rear-view mirrors?
There is one trick I always do with interiors: Never reduce seat size. Treat the basic size as standard, and for a more comfort application, add some size to it.
Also, don’t shy away from extending overhangs on your design. I think a few inches extra in the rear would make this stand out much more.

Thanks for the feedback! I’ll see if I can work some of this in to the V4.

As for the interior, by which I imagine you are referring mainly to the (horrible) doors, I’d need to do that from the ground up. I’ve made some changes since, but re-doing everything would take too much time for my first in a whole new build style.

To quote CGP Grey:
‘The cost of perfection is infinite.’