Somewhere for people to post their designs that maybe aren’t assigned to a specific company, or just somewhere to post existing designs that you want to share elsewhere.

I’ll kick this off with my R20, a high end sports car for the 2020 model year. This doesn’t have a company or anywhere else it can be classified and this is what gave me this idea. 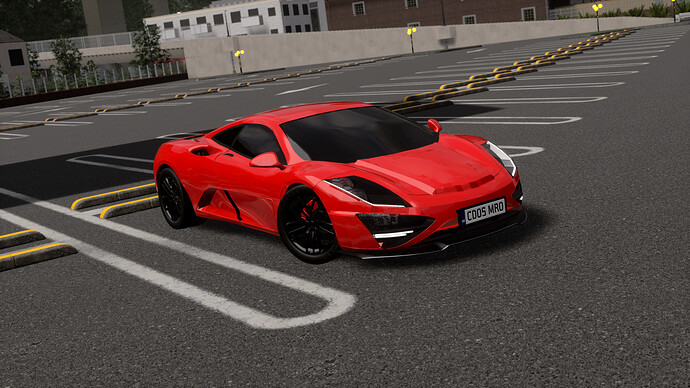 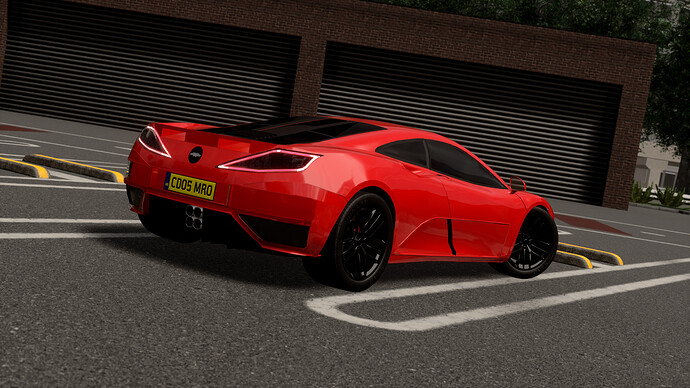 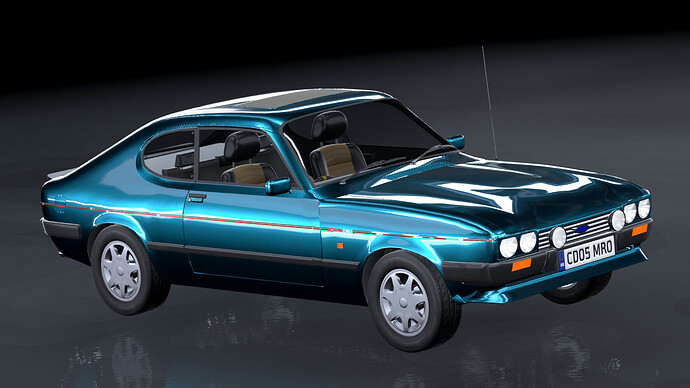 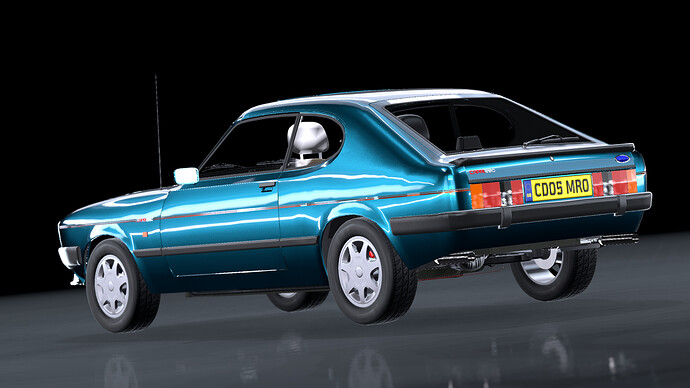 I have some (g)oldies for this, for the cheap supercar or premium sports car, NA V8 Zephorus Z - S

This specific remake was made in 2019! 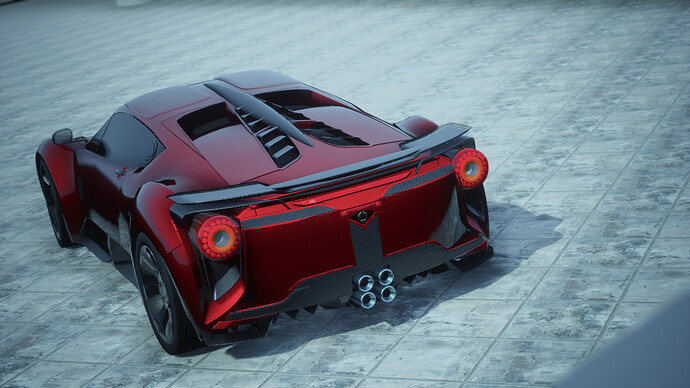 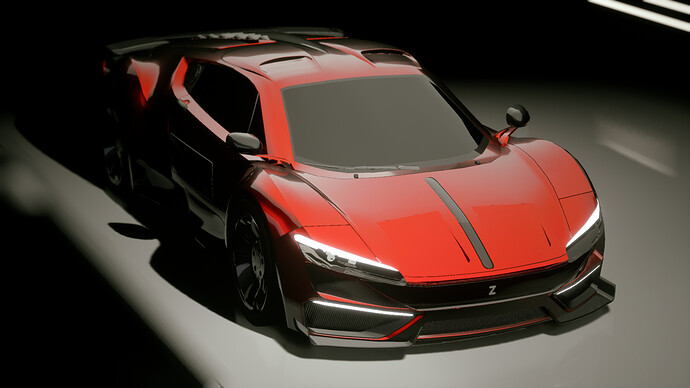 The 5 Touring of Barnsley cars that I have made. 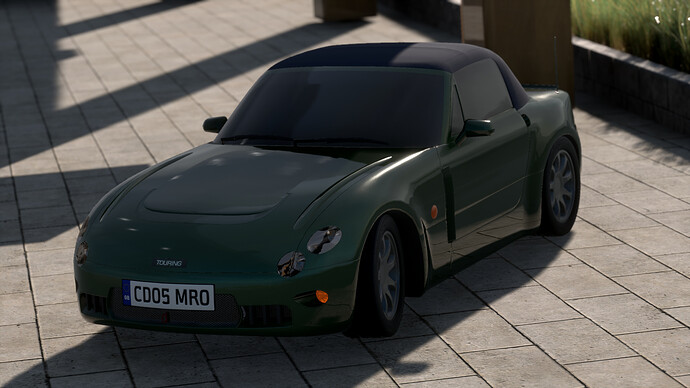 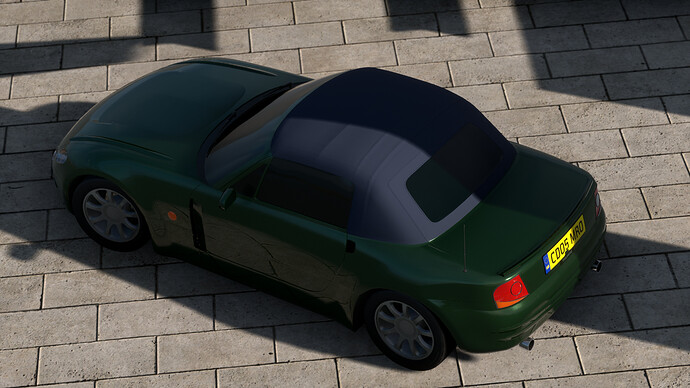 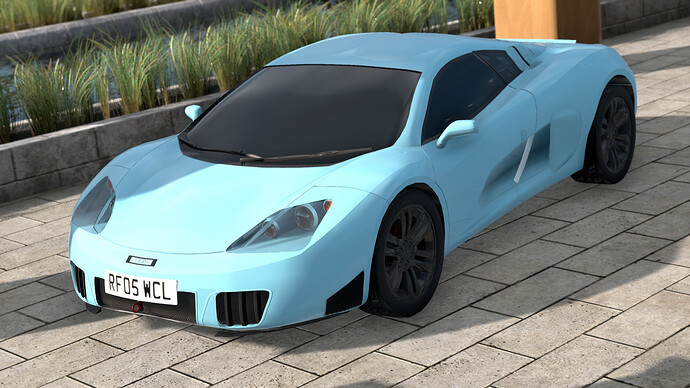 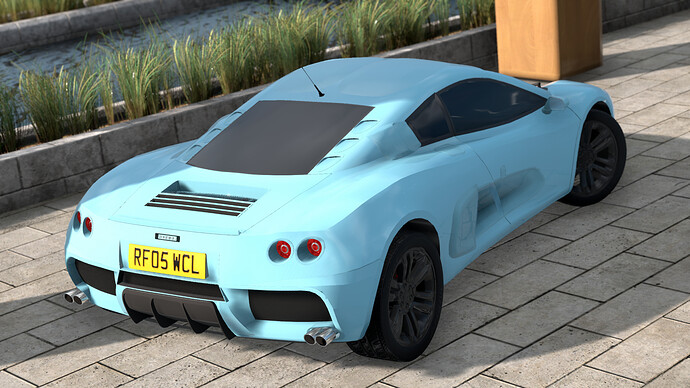 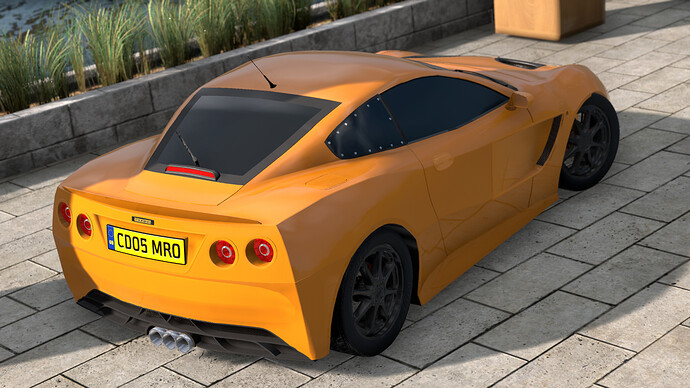 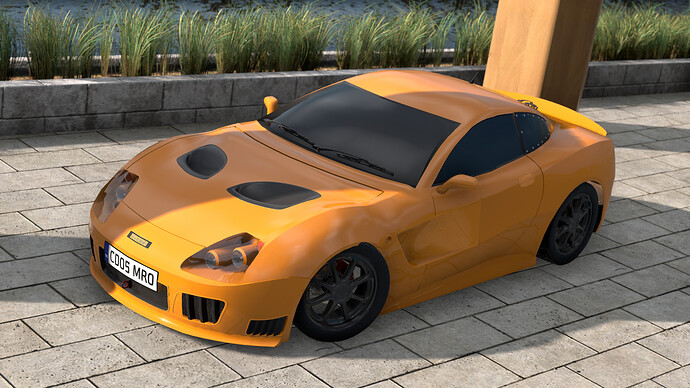 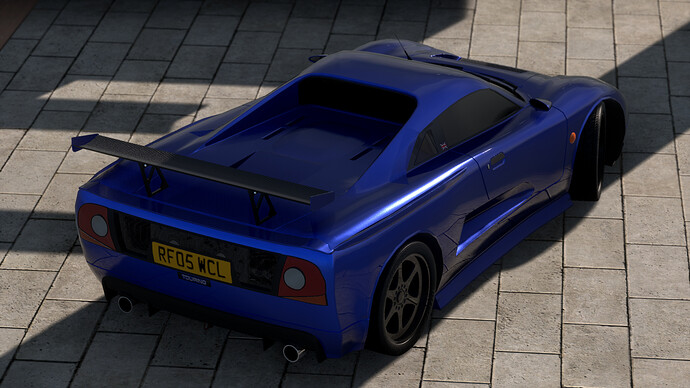 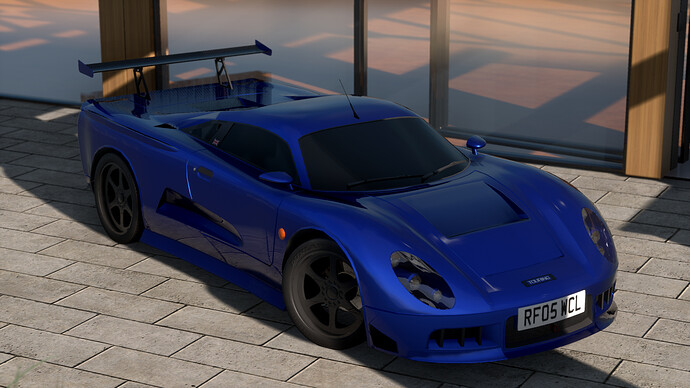 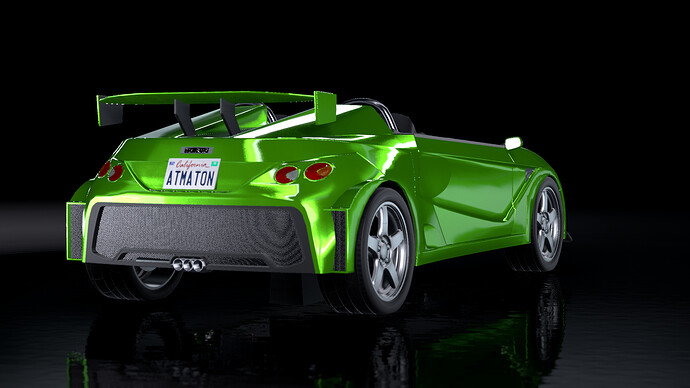 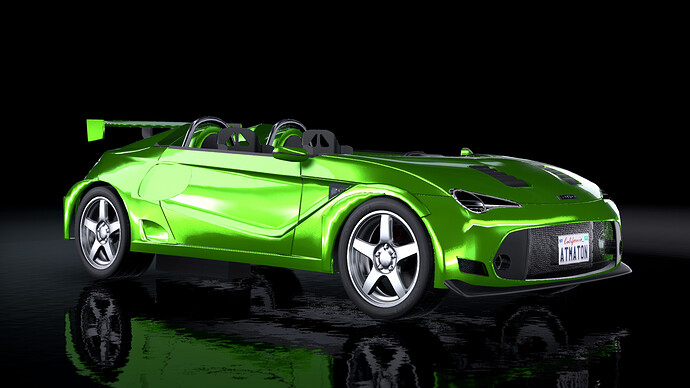 Based on various shed supercar companies like TVR, Noble, Ginetta and Zenos

I’m a huge fan of the noble especially. Actually captures the essence of the real thing 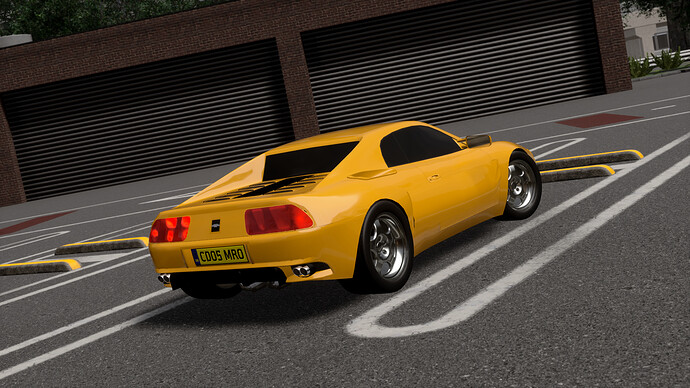 I have something that would have been a formidable rival to the '96 R20: the 1995 Hampton Hawk 5.0 GTS. This was the fastest volume-produced car the British manufacturer had in its lineup at the time, according to the latest version of company lore. 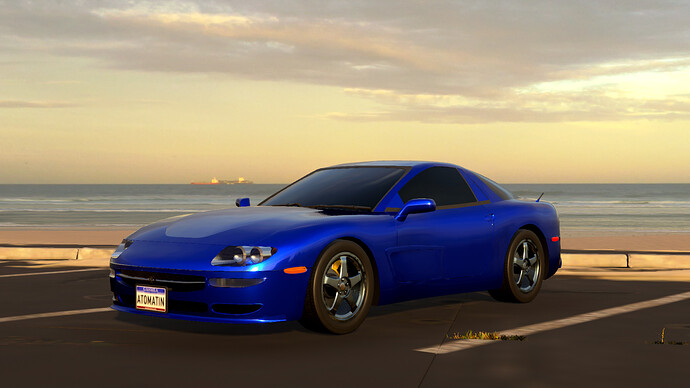 Although I made this car as part of the lore for my Generations II company, I did not enter it in any rounds due to its high cost ($59200 AMU as of the latest version of this build). 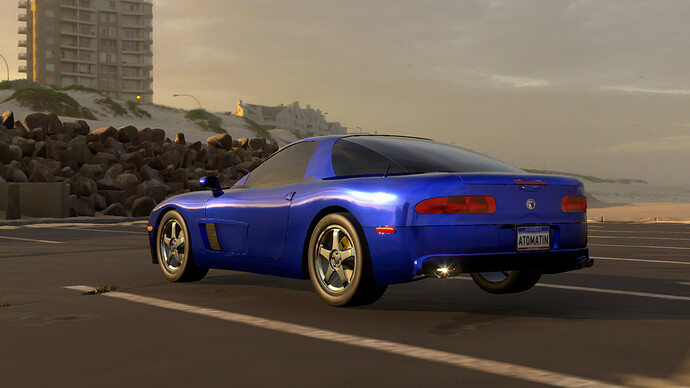 Almost as quick as the '96 R20 (only 0.1s slower to 62 mph) and slightly faster at the top end, it also handles and stops well thanks to race-tuned suspension and brakes. The fact that it only weighs 1300 kg also helps.

Note: This trim was recently revised to account for the many changes implemented in the latest game build (LCV 4.11.15). Also, the Hawk range as a whole was introduced for the 1992 model year, although the GTS trim shown here did not debut until the 1995 model year.

@Boxsterholics the more I think about it, the more I realize that the Hawk and R20 are more direct rivals than I first assumed. I would like to find out what kind of engine lurks underneath its rear deck and how much power it produces, as well as exactly where in the world it’s made in.

Mine is British (ofc) and uses a 3.4l V6 in the facelift car. I can’t pinpoint exactly how much power it has as I’m not on my PC but I’m sure it’s somewhere in the upper 300s

In that case, the R20 (what a generic name for such a potent machine!) reminds me of an Esprit V8, but with two fewer cylinders; the Hawk, on the other hand, brings to mind various 1990s TVRs (Griffith, Cerbera, Chimera, etc.) The latter has a premium interior and stereo (complete with CD player) - but what about the R20? Does that car have either of those? In any case, I would expect it to come solely with a five- or six-speed manual gearbox - then again, the Hawk was also fitted exclusively with those during its lifespan.

The R20 actually one-ups the Hawk in the interior department, it’s got a luxury interior and a cassette player iirc (out of date for '96 but the car was originally introduced in '92) and yes I suppose you’re right about the Esprit comparison. Yours is an auto I assume?

It’s fitted with a close-ratio 6-speed manual gearbox as standard, and is front-engined, rear-drive.

And for comparison, how much does the R20 cost (and weigh)? I’m expecting it to be more expensive given that it’s fitted with a full luxury interior, despite only having a cassette player.

Just as I expected. From the sole rear-end shot, it’s obvious that the R20 is a mid-engined car, unlike the Hawk, but is it also RWD? Also, whereas the Hawk’s V8 is normally aspirated, I suspect the R20’s V6 has twin turbos strapped to it given its power output. And what does that R20 look like from the front? I, for one, would like to find out!

Believe it or not it’s NA, it’s just got a fairly big engine and a tune not that far removed from a race engine. I’ll take a picture of the front when I’m next on automation. And yes, it’s RWD

Believe it or not it’s NA, it’s just got a fairly big engine and a tune not that far removed from a race engine.

That’s where the R20 differs from the Esprit the most - and I bet it took an aggressive cam profile (plus a high redline) to make that much power.

So how much does the R20 weigh, then? And what material choices did you use to achieve that figure? For reference, the Hawk is built on a corrosion-resistant steel monocoque with aluminum body panels and weighs exactly 1.3 metric tons - quite light by today’s standards.

Oh yes it’s got a very high redline and cam profile. Mass is around 1600kg (not light) because it’s mostly a steel construction. Definitely needs to be rung out to produce any power 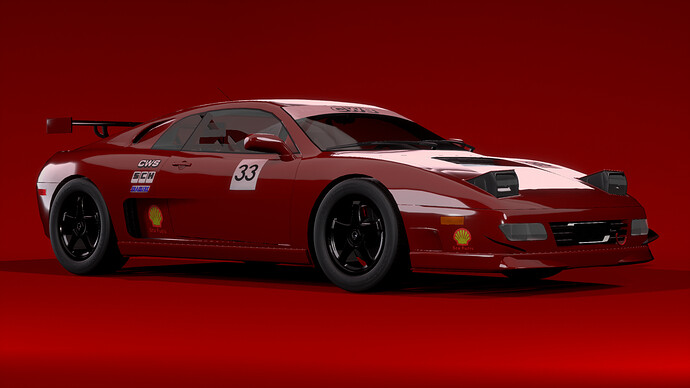 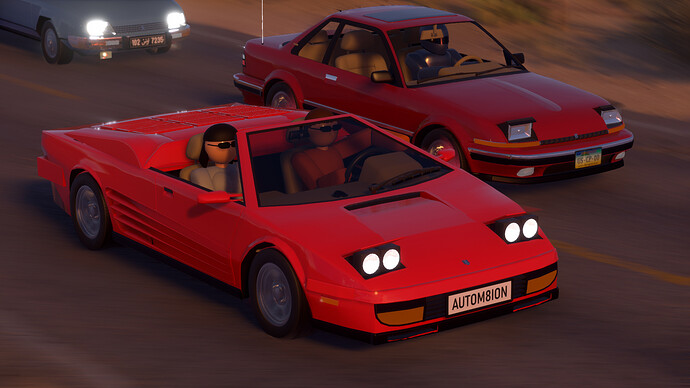 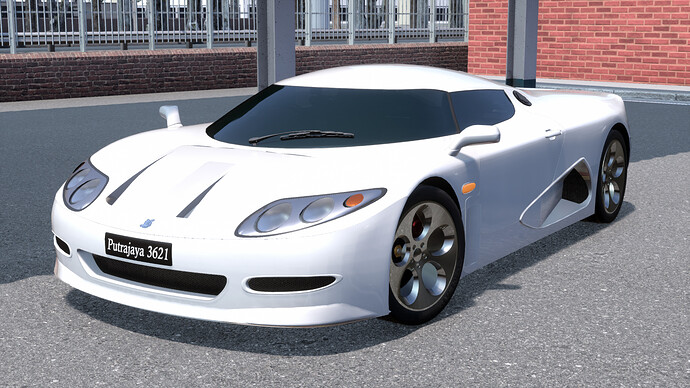 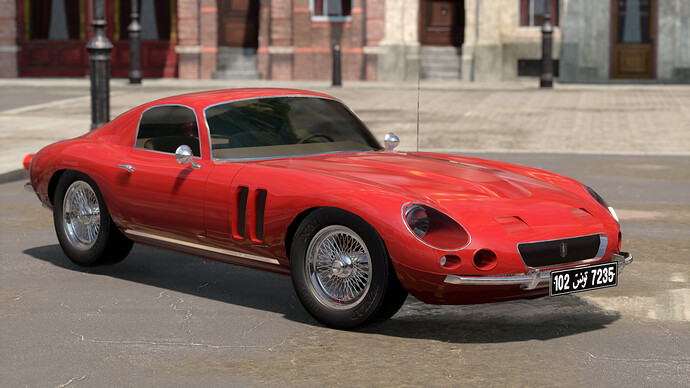 I have several some that i have but hey, spilling my tea here!

The first two of these four pictures of yours remind me of F355 Challenge and OutRun, respectively, both of which are bona-fide SEGA arcade classics.

@Boxsterholics the R20 could - and should - be lighter; Gordon Murray once said that “to call anything over 1,500 kg a sports car is sacrilege.” You stated that the car is mostly made of steel - I’m guessing partial aluminum panels on a steel monocoque chassis, presumably galvanized or even corrosion-resistant.

That said, I’m expecting the R20 to feel like a (much) lighter car to drive, although there’s only so much one can do with so much mass, as Murray continued: “…when you… try and chuck it into a hairpin, it just wants to keep going in the direction of the mass… Lumbering and elephant-like.” Swapping the aluminum/steel bodywork for full aluminum or fiberglass panels would make the R20 lighter, but both of those items are limited production items (in that they reduce production efficiency) that would increase the price further if fitted. Hopefully, the R20’s replacement (if there is one) will not weigh as much.

Love the Gordon Murray quotes, very creative. The R20 is definitely meant to be in a similar vein to the 355 with a little bit of 928-esque GT thrown in. It probably could be lighter but it’s a 5 year old tub using outdated tooling and technology by 1996, and by the time it goes out of production in 2002 it’s ancient. However, I made a conscious decision to not go with fibreglass because of desirability and safety concerns, as I want it to feel as solid and safe as anything else