We already have a thread about dedicated sports cars, supercars and hypercars; you can find it here. But what about the ordinary coupes that aren’t actual sports cars? This is the place for them. I’ll start with this: 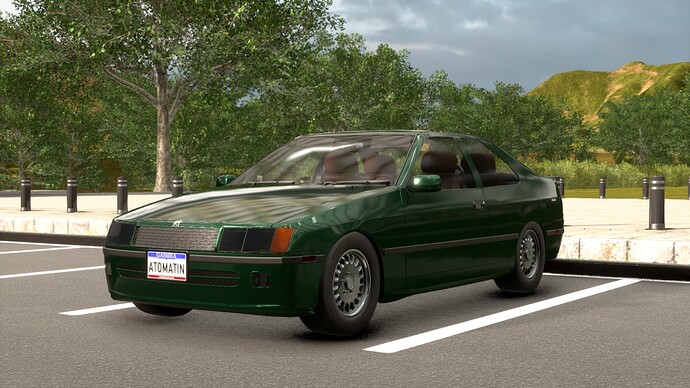 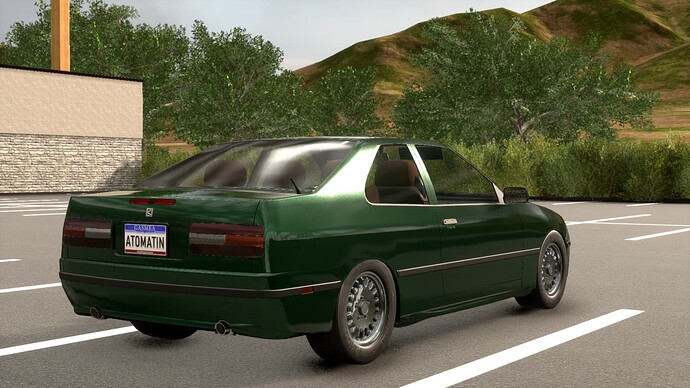 Here is the KPS K30 3.2, my submission for a recent used car challenge. It’s more of a 2-door sedan, and not a true sports car, so that’s why it’s here.

If you have a coupe to show here that’s not a dedicated sports car or supercar, feel free to post it here.

Fine fellow. You are can good doing classification. 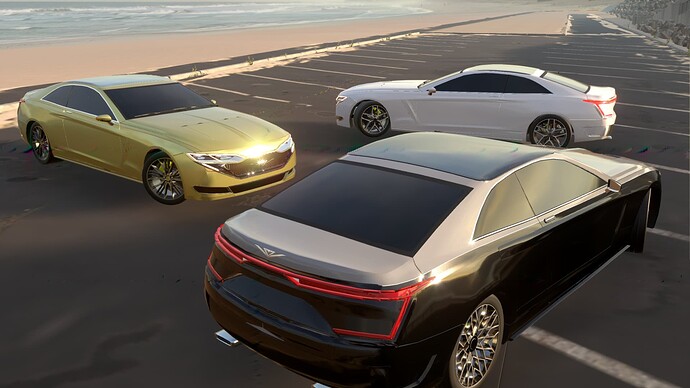 That would be best classified as a luxury coupe, but I’m sure it belongs here because on looks alone, I don’t think it’s an out-and-out sports car. Anyway, if you are looking to remake it in 4.2, then by all means do it - the lower front end and sides are a little bare, but the rest is not too bad.

Some of your best work, good job!

@Restomod thanks bro, I appreciate that!!

Other real-world competitors for this car include the BMW 8-series and Bentley Continental GT, among others. So what kind of engine lurks beneath its long hood? Whatever it is, I would expect that engine to be longitudinally mounted, to ensure provision for rear-drive and AWD configurations.

What body is that?

I had actually put in the race proven 3.3L V10 from the WMD Tr-1 from the 1998 Sports Sedan Challenge. It made 432hp, torque is unknown, and I believe it revved somewhere to the 8k range. If I re-do the car, I’ll do something different engine wise.

@Restomod Its the coupe version of the Cadillac XTS body in 4.1. I think its a mod if Im not mistaken, and I’m not sure if it’s in 4.2.

If I re-do the car, I’ll do something different engine wise.

In that case, a newer engine family (probably a cross-plane V8 or V12), with an appropriate turbo setup (if you want it), would make sense. Besides, a rev limit of 8k rpm or more is of no use in luxury cars, where the torque should arrive sooner in the rev range. 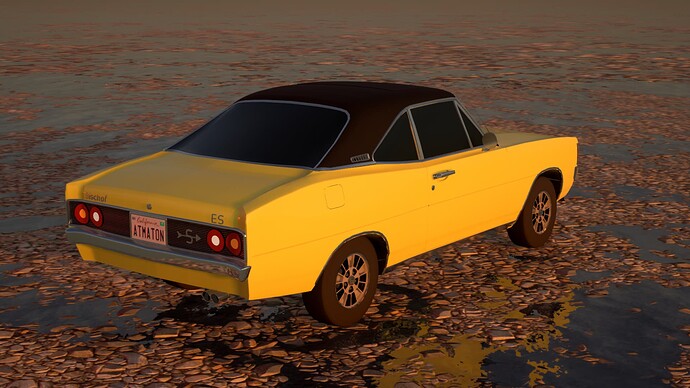 bild1920×1080 191 KB
When the fifth generation Saarland Bischof was released in 1967, it was a full line of cars. Available as a 2 door coupé, 4 door sedan, 4 door wagon or 2 door panel van, with 4- or 6-cylinder engines (all of them from the new HICAM family, with direct acting OHC), manual or automatic transmission and various equipment levels, there was a model to suit everyones needs. Safety was updated, for the first time the Bischof featured things like 3-point seat belts and a collapsible steering column. The old leaf sprung rear axle was replaced by a coil sprung 4-link solid axle. 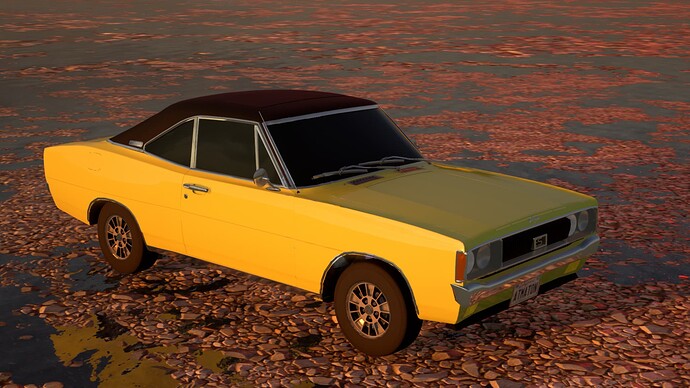 bild1920×1080 210 KB
If the bread and butter models were not enough, Saarland introduced the top of the line ES model in 1970. Its 2.5 litre inline six now featured something quite uncommon among regular family cars, fuel injection. A power output of 151 hp meant that the 4 speed manual version did the 0-100 sprint in 10.4 seconds and that the top speed was 195 km/h - not amazingly fast today but frisky performance 52 years ago.

Another extras that were included in the ES (Einspritzung Sport) package was radial tyres on alloy wheels (also a quite exclusive feature for a family car back then), vinyl roof, wooden steering wheel, tachometer, sliding sunroof, fog lamps, spoiler lip up front and dual tailpipes.

This was the start of the ES line of cars from Saarland. The sporty models would be called “ES” far into the era where fuel injection was the mainstream thing.

The ES package was also available for the 4 door sedan, but probably the stylish 2 door ES coupé is the most recognized, and sought after, version today.

The first generation ES was not very long lived, though, since a new generation Bischof was introduced in 1972.

Is Saarland related to IP?

This thing reminds me of the Opel Manta A (especially from the rear), and is at its most desirable in ES guise - which, unlike the rare TE 2800 Manta, was a factory development.

Tried to compare stats with the cars in the 1966-75 round of SCCR, maybe it’s not possible to compare 4.1 and 4.2 stats straight away but they didn’t seem too shabby, it’s safer, faster and more comfortable than most cars in the round, though expensive to buy, run and service, and luggage room is small. Other than that average to good on most points. Seems like what you could expect from this type of car then. 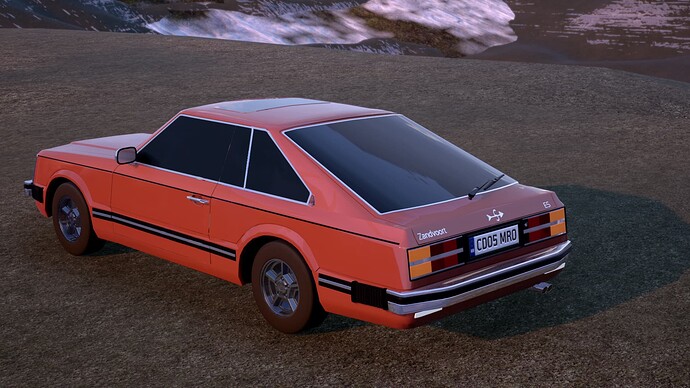 bild1920×1080 208 KB
When the new generation Saarland Bischof was introduced in 1978, the coupé models were dropped from the lineup. Instead, the Kardinal (which now was based on the Bischof) got a coupé version called the Saarland Zandvoort. It was only available with 6 cylinder engines, the top of the line version (Zandvoort ES) having a 181 hp 3 litre six. 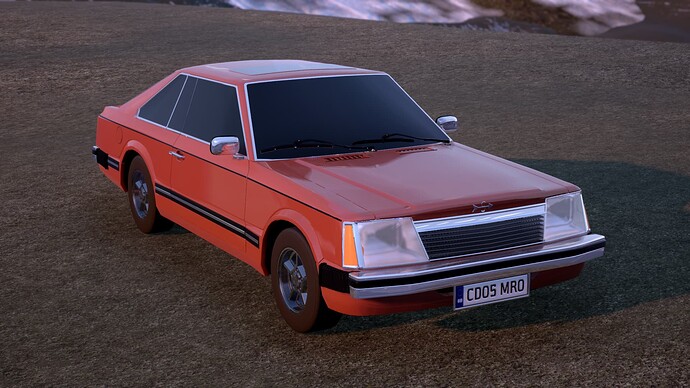 Photo12_1,920-1,0801920×1080 207 KB
For its era, the ES was a reasonably fast car, with the 5 speed manual transmission it did 0-100 km/h in 8.8 seconds and would, eventually, reach 210 km/h. The standard equipment was rich with things like power steering, 4 wheel disc brakes, velour upholstery, woodgrain dash, leather steering wheel, tinted glass, electric mirrors and a full instrumentation.

However, it got some criticism for things like the solid rear axle, which wasn’t quite up do date, and that it didn’t feel as refined as some of its competitors. With the new generation 1987 Ambrosia/Kardinal arriving on the market, the Zandvoort was dropped, marking the end of the large Saarland coupés.

If Saarland is equivalent to Opel, then the Kardinal coupe (called Zandvoort) must be reminiscent of the Monza (which was sold in Britain as the Vauxhall Royale), much like the Bischof coupe is your counterpart to the original Manta. In fact, the Zandvoort 3.0ES is very close spec-wise to the real-life Monza 3.0E.

I admit that there is some strong Opel influences in Saarland, yes, though I try not to make a complete ripoff. But this one became a bit close to its source of inspiration, I must admit.

Some other models are much less Opel inspired but that will show as the story of Saarland unfolds, I guess. 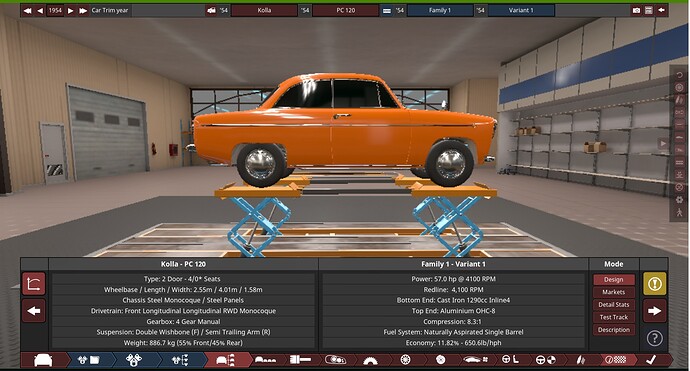 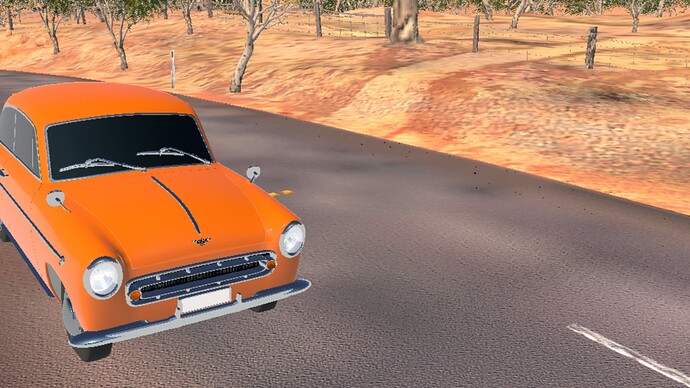 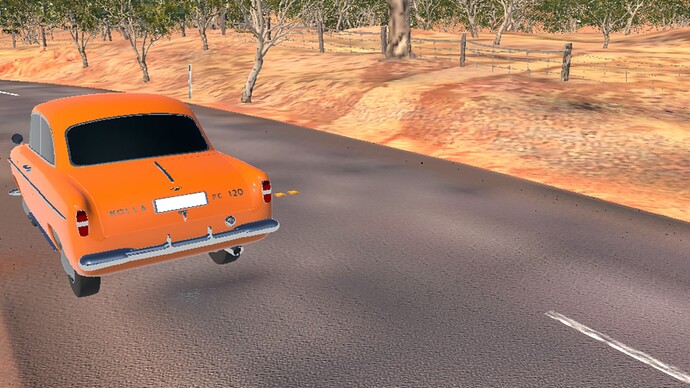 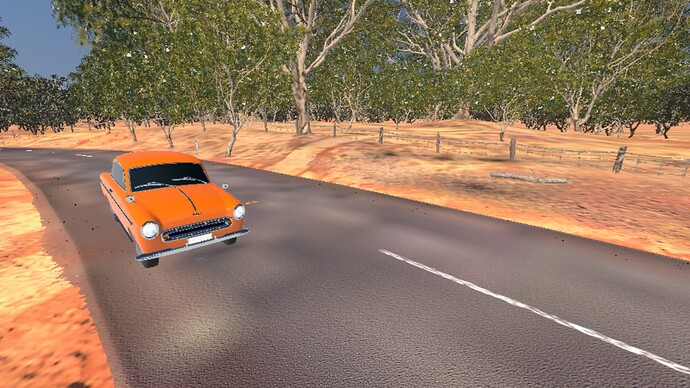 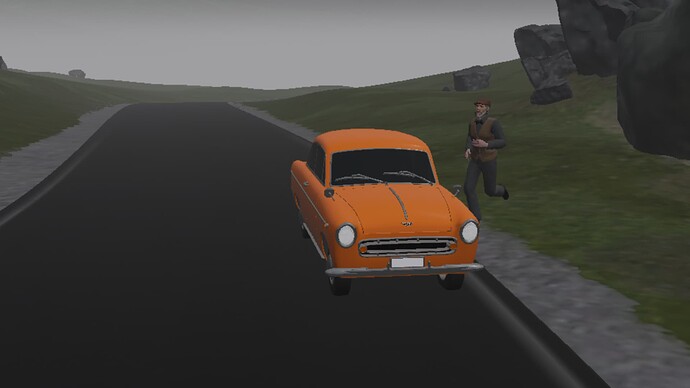 Quite an advanced car for its era!