Taksi Online is an upcoming series being produced by Houshou Studio’s Indonesian division for their new streaming platform. The show centres around an online taxi driver, known only as “the Driver”, and his night-time online taxi job. The story focuses on his interactions with his passengers, as well as bits of the Driver’s daily life. The studio isn’t looking for anything special. They just want a car that a typical online taxi driver would use, such as the Driver. Because these cars are both their daily drivers and work vehicles, the car has to be reliable, practical, and economical. The car doesn’t have to be fancy, but should be comfortable enough for the Driver to do his job in. In other words, the studio wants a no-nonsense basic car for both personal and passenger-ferrying duties.

The lower the better, but make sure that you don’t compromise too much and still provide a good package overall.

These cars are supposed to offer good bang for buck. The studio rather buy a slightly more expensive car with better value than a cheaper car that offers next to nothing, and vice versa.

The car must be fuel-efficient, have low service costs, and be reliable. What else is there to say?

The Driver is just your average Joe, driving his little car to put food on the table. He doesn’t want his shitbox to spin out while taking a corner at 20km/h.

The car isn’t going to win hearts but nobody would want to be seen driving something repulsive. The car shouldn’t be too flashy and should reflect the Driver’s humble personality. As such, the colours should not be flashy either. Typical colours include white, grey, silver, and black. But anything can work as long as it doesn’t stand out too much. The car shouldn’t look too fancy either, as this round involves rather shitspec cars.

Nobody really expects much from a car in this segment but don’t make it an absolute nightmare to ride in for both the driver and passengers.

These cars may be small but being able to carry passengers and a decent amount of cargo is always a plus.

Little cars like these aren’t exactly the safest but do try to at least make the driver feel safe in their own car.

The city is too gridlocked for any kind of spirited driving, so there is no point in making a sporty car.

But what exactly counts as realistic? Being in Southeast Asia, cars in Indonesia can get away with a lot of things that are normally unacceptable in more developed nations. Traction control? None. Safety? As long as you drive carefully, you’ll be fine. LEDs? No need! Infotainment? As long as it has radio and bluetooth, it’s good!

In other words, you can lower your standards a little here. But still, look at the cars in the inspirations section and do some research, see what’s realistic for the segment and what isn’t. Meme cars that go “haha third world country mean no safety and everything cheap and deliberately bad!!!” will be binned.

Some music to get you in the mood: 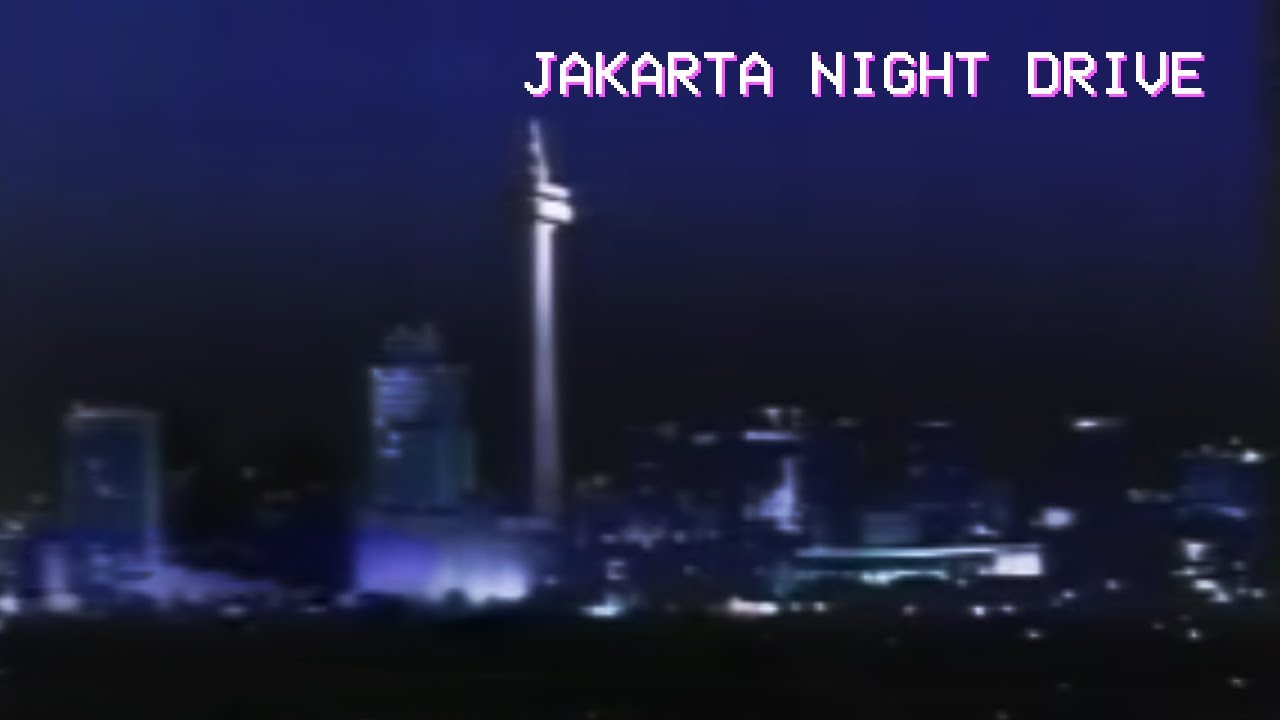 Good luck, have fun, and may the best car win.

The wheelbase limits are actual numbers, so you can’t have a 2.39m or 2.71m wheelbase

I’ll accept that on the condition that our client may not want a car whose family and/or model years are too old relative to the setting.

The city is too gridlocked for any kind of spirited driving, so there is no point in making a sporty car.

That said, a car that’s too slow won’t cut much ice with our client, either. 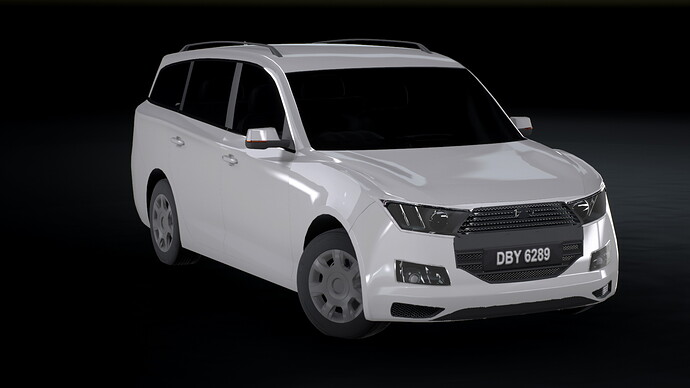 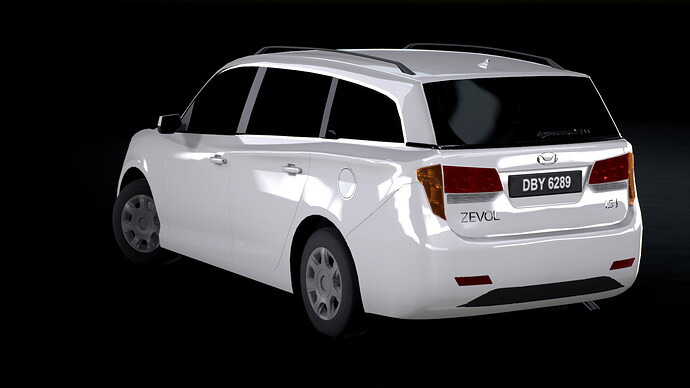 It has lean burn 1.3 or 1.5-litre 4-cylinder engine with the 1.5 producing 97hp coupled with 4-speed Automatic transmission or 5-speed manual. There are quite a few equipment levels. The one I’m submitting is the 1.5 J with optional Automatic transmission. The J being the lowest equipped on the range.

Even though it is the “base”, it still has goodies such as 4-speaker stereo with CD Player, AUX, Bluetooth and USB capability. It also comes with a pair of airbags.

I mean, I figured those two would be mutually exclusive anyway, but you can never have too much information.

Would a cosmetic sports package look good to the buyer? Much like those cosmetic AMG packages on lower-level Mercedes, but on third-world specification cars?

No. The buyer wants an average city car/MPV for use as a taxi, so the sports package won’t really do them any favours. A slightly aggressive or edgy design is fine (because that’s just how cars are in the late 2010s and especially now) but yeah, nothing that outright screams “sports car” or “boy racer”.

I have a question about the design in relation to the inspirations. Do the cars have to look south east Asian/ Chinese or would something European be ok?

European cars are okay, but the thing is that many of them look far too expensive compared to the cars in the inspirations.

The closest European car to what I’m looking for is the Volkswagen Gol, but I don’t know much else since I’m not very well-versed with European cars. Either way I will update the inspirations section as I find more cars that fit the brief.

Sounds like maybe a Dacia is the only mainline European brand with a similar price range.

The Dacia Sandero is now in the inspirations tab (along with the VW Gol and Fiat Argo)! More cars may be added in the coming days/hours, along with other changes if necessary.

The pictures I find of Indonesian taxis are almost exclusively light blue metallic. Is that some standard colour on them?

Most regular taxis are operated by Blue Bird, a taxi and bus company, hence the blue colour. Other taxi companies use different colours.

This time however, it’s an online taxi. So it’s a personally-owned car used for Uber or any other equivalent services. Therefore they don’t follow any corporate colour schemes.

As for colours, most cars in Indonesia are painted black, white, silver, or grey. This is also true for cars used as online taxis.

…most cars in Indonesia are painted black, white, silver, or grey.

But what if we want our cars in color rather than greyscale?

I take it as freedom of choice when it comes to colour. “Most common” does not mean “all of them”. I was just wondering if that shade of blue was some official colour, it would have felt better to send in a car in that shade then.

So to avoid getting burned like I did on CSR141, asking right off the bat: Do steel panels mean “Just like Partial Alu but without the Alu: Acceptable, minimally rustproofed steel” or do they mean “Literally as bad as British Leyland and Fiat, binned and dead, fuck you”?

Just clarifying- this is a-segment, right?

I would’ve thought the 2019 suzuki celerio (More like the maruti cars, which are Asian and cheap after all) would be suitable, technicaly EUDM stuff

Nah, B or cheapo C. The whole point of a taxi car is to prioritize interior and luggage space, so a total city car isn’t the best choice here.