what would have been Sonny Crockett without the Testarossa? Or the Blues Brothers without their Dodge?

So why not giving our cars some fictional TV glory?
At first I had something like Magnum in mind to let us build some 80s sports cars, but then I remember that many movie cars were acutally some boring ones.

For the first challenge set in Sheffield in 2007, there is William Felton.
He is a 32-year-old social worker and all his life is about helping the weak, disabled and lost persons. Felton comes from a upper-middle-class family, but was a punk musician in his youth. This should be enough to give you a first impression on the show.
The first season aired in 2006 had a 1998 Smith&Hughes Leviathan 1.8 Blue Line as main car. A midsize with 115 horsepower, four-speed automatic and nothing special to say about it. In the last episode of Season One, the car was wrecked when he wanted to prevent someone from committing suicide. For the first episodes of Season two he drives the old and slow Renoir Palais 19RN of his brother who was charged with drunk driving and isn’t allowed to use it, but this is only for the plot and a new car is surely in need. 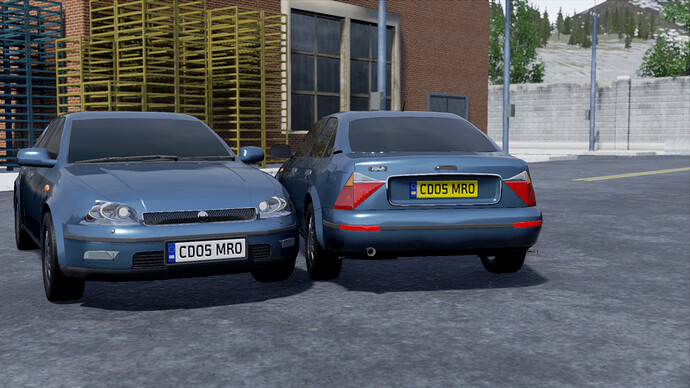 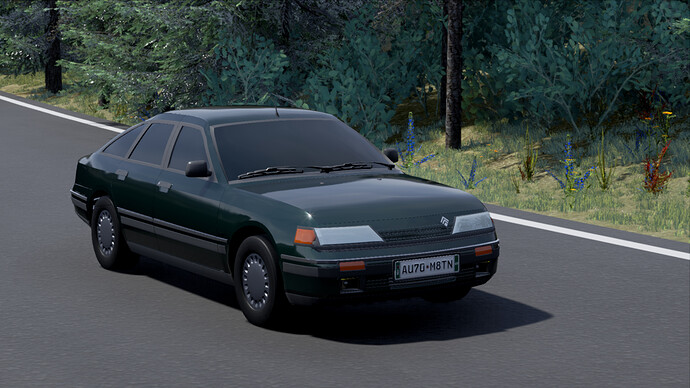 HIGH IMPORTANCE
William istn’t rich as social worker, so again a midsize would be the way to go. It should be thriftier than his old Smith&Hughes. Practicality is a point, because he cares about disabled people as well, so wagons and vans could be realistic as well. Reliability is also of high importance, as William works 24/7 and his car should as well. As William is described as average driver, drivability is important to make the car a realistic choice. Not that he can’t handle a RWD or a manual, but strong under-or oversteering would cause him to crash.

MID IMPORTANCE
The design is not the most important for a car that is basically in use for work, but surely important as the show became quite popular in British TV, so a good-looking one would be preferred, while in real life this would not matter at all. As this is a TV show, some stunts will be done, not frequently, but sometimes, so a little sportiness would be nice, as well as some comfort as he has to do the one or other long-time drive for some episodes.

So, what do you think about the ruleset? I leave this discussion open until November 30, 17:00 GMT+1

Ah yes, and before irritation starts: I won’t take part, I just provided cars for the backstory.

No et or pu limits? Also is there pretty much no age limit to make an older car?

What kind of gasoline should i be using? Premium unleaded?

Time to change units to L/100KM not KM/L 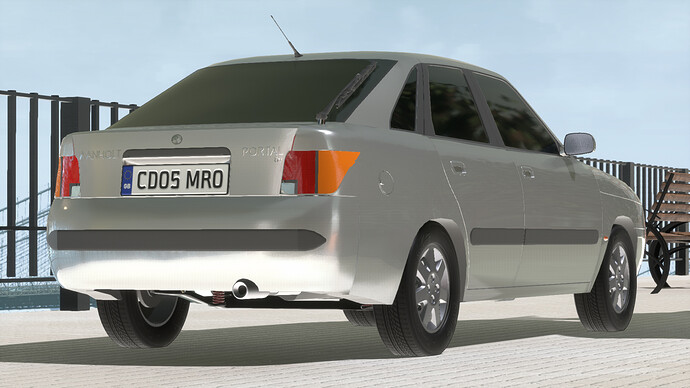 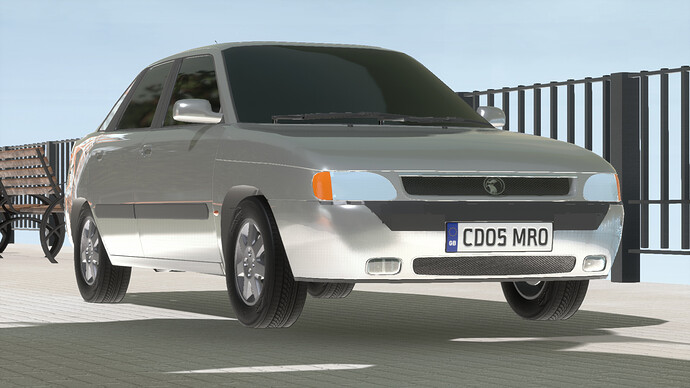 @CMT, as it’s Sheffield, England, surely we should have Imperial MPG for fuel economy?

@Mad_Cat, UK has premium unleaded as standard so I’d presume it’s a yes.

Thanks for your interest.

@mart1n2005 No limits so far, I hate these. But I see now advantage in building a much older car. If you have a 2005 lore car or so, you can send it in without the need to make a new trim,

@Fletchyboy100 The producers want a brand-new car, and you as manufactor surely wouldnt want to see your latest model rust on the screen.

@Jaimz I am not from England, so I my game is set to metric units.

Since it’s of middling importance, is 0 sportiness immediately binned, or could it still be in the running if everything else works out fine?

It could also go without sportiness. A minimum score is only for drivability.

Our client will be using his new car quite a lot over the course of a season - as such, comfort should be a priority for him. Also, a three-way catalytic converter ought to be mandatory.

@abg7 Three-way converters are mandatory for sure, so is ABS. I do not think ESC was in 2007, but ABS definitely.

I also had the question if rear “half” doors (RX-8 style) are allowed, and they are. But please mind although it’s a TV show where practicality isn’t as important as for a real social worker, it should be somewhat spacious and versatile. So if you are using a body smaller or flatter than the old Smith&Hughes, try to get some space with morphing wisely.

After the latest replies I added the one or other thing and the rules are safe.

Trim and Variant year 2007 or older

I am currently using the stable version, because I am afraid of the latest morphing issues. 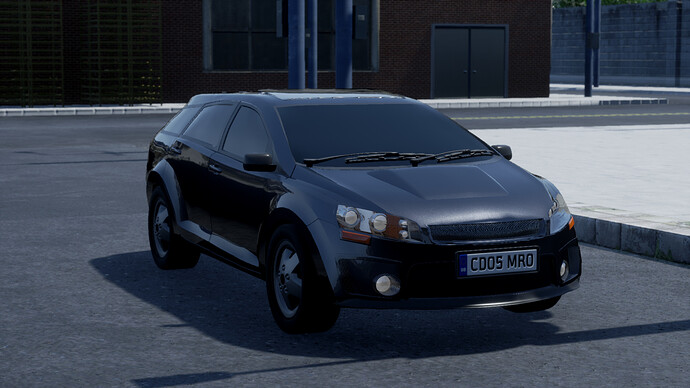 I’ll throw my hat into the ring with this: 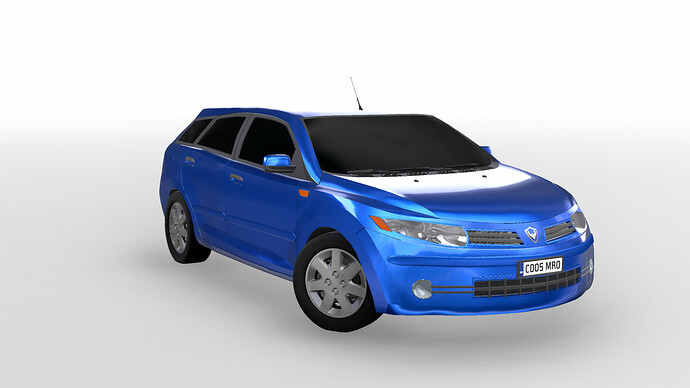 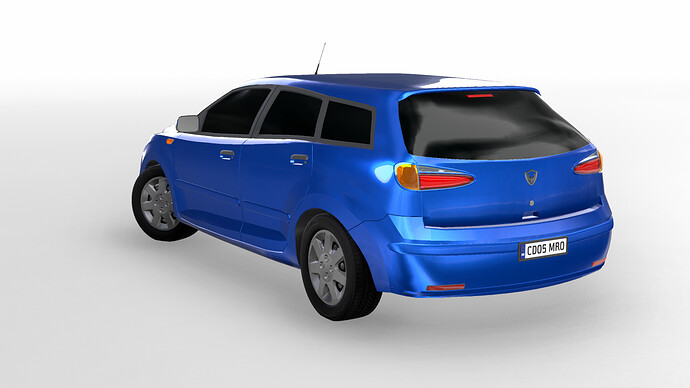 Also available in Sedan and Hatch: 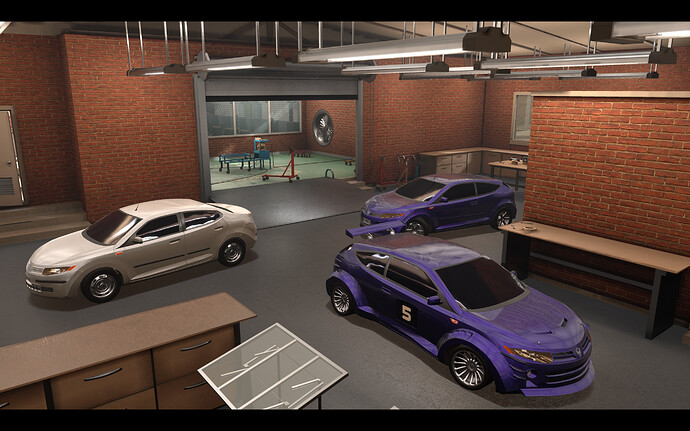 P.S. @CMT - Any particular naming convention for the car when we sent it to you?

Not by default, because renaming existing lore cars is quite annoying.

If you are kind to me, use the CSR scheme with MCC1-username for model and family. 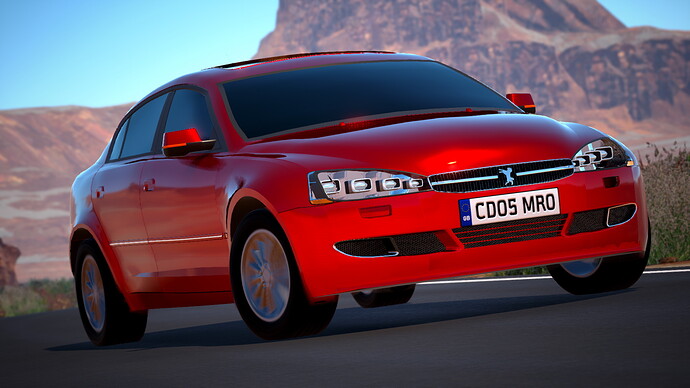 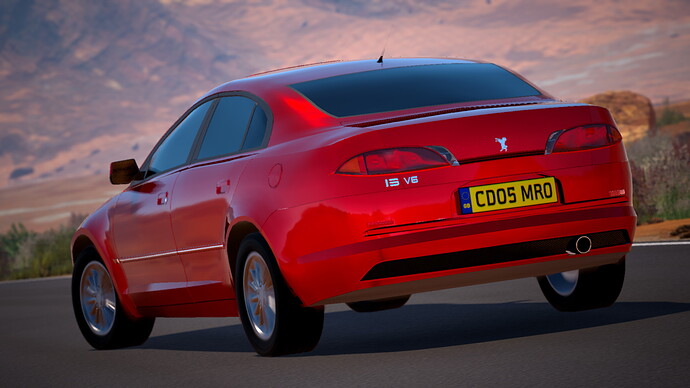 Yes, but I don’t have all of them, so better post a picture of your car for fair evaluation of the design.
Body wise I think I have all mods available for stable.