This week signified the handing in of my trusty 2016 Ford Focus 1.5 TDCI Trend+ (with a number of options). The car had served me well for nearly three years and surprised me constantly with its sub 5 l/100km fuel consumption figures, flexible performance and great handling. 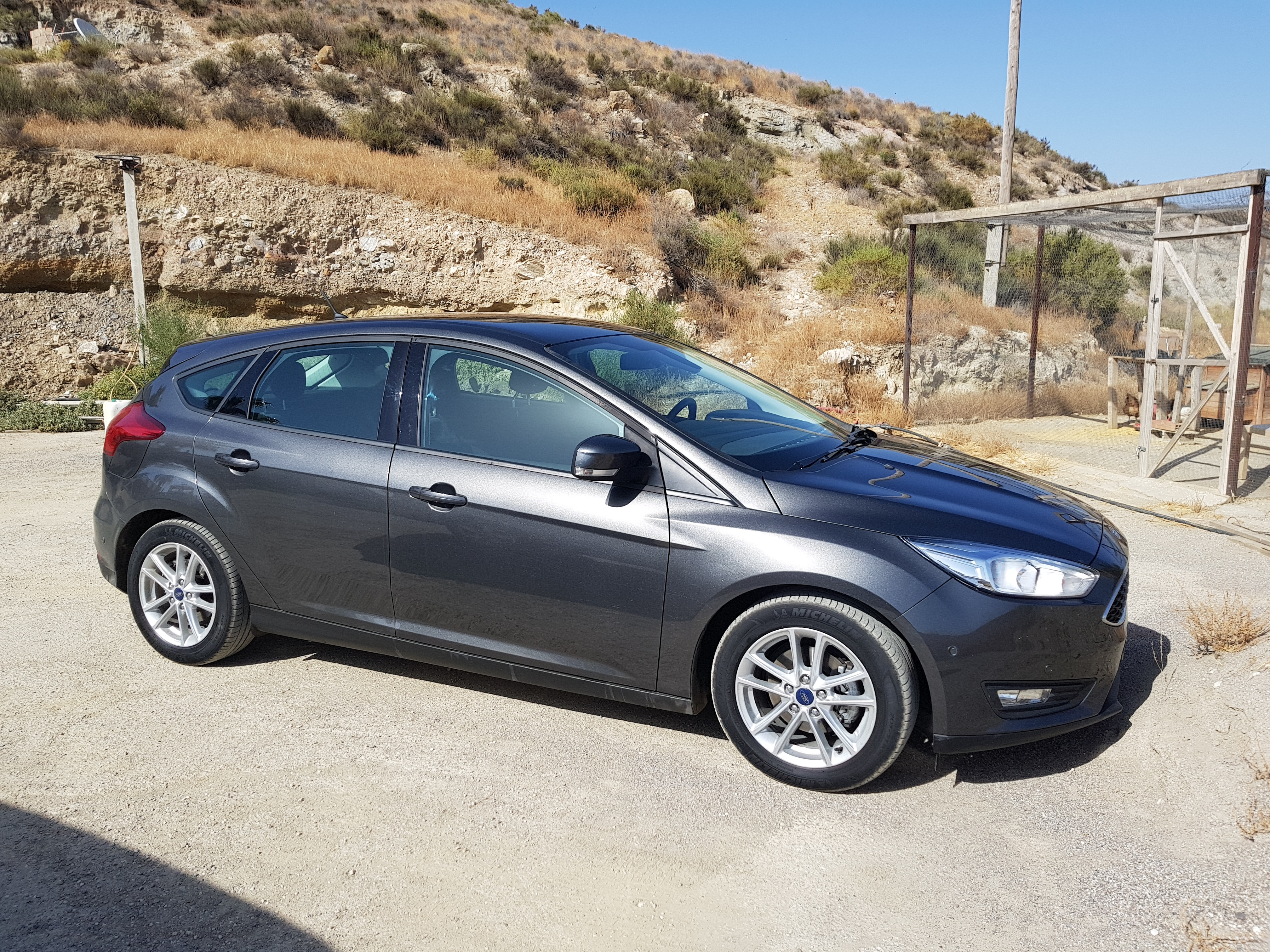 But now things have changed for me. I’ve gone from doing nearly 40,000 km per year down to around 10,000 km per year meaning a diesel was no longer necessary and I wanted something a bit more exciting. After a bit of shopping around I ended up with… another Ford Focus. I’ve only ever owned Ford Focuses. Send help pls 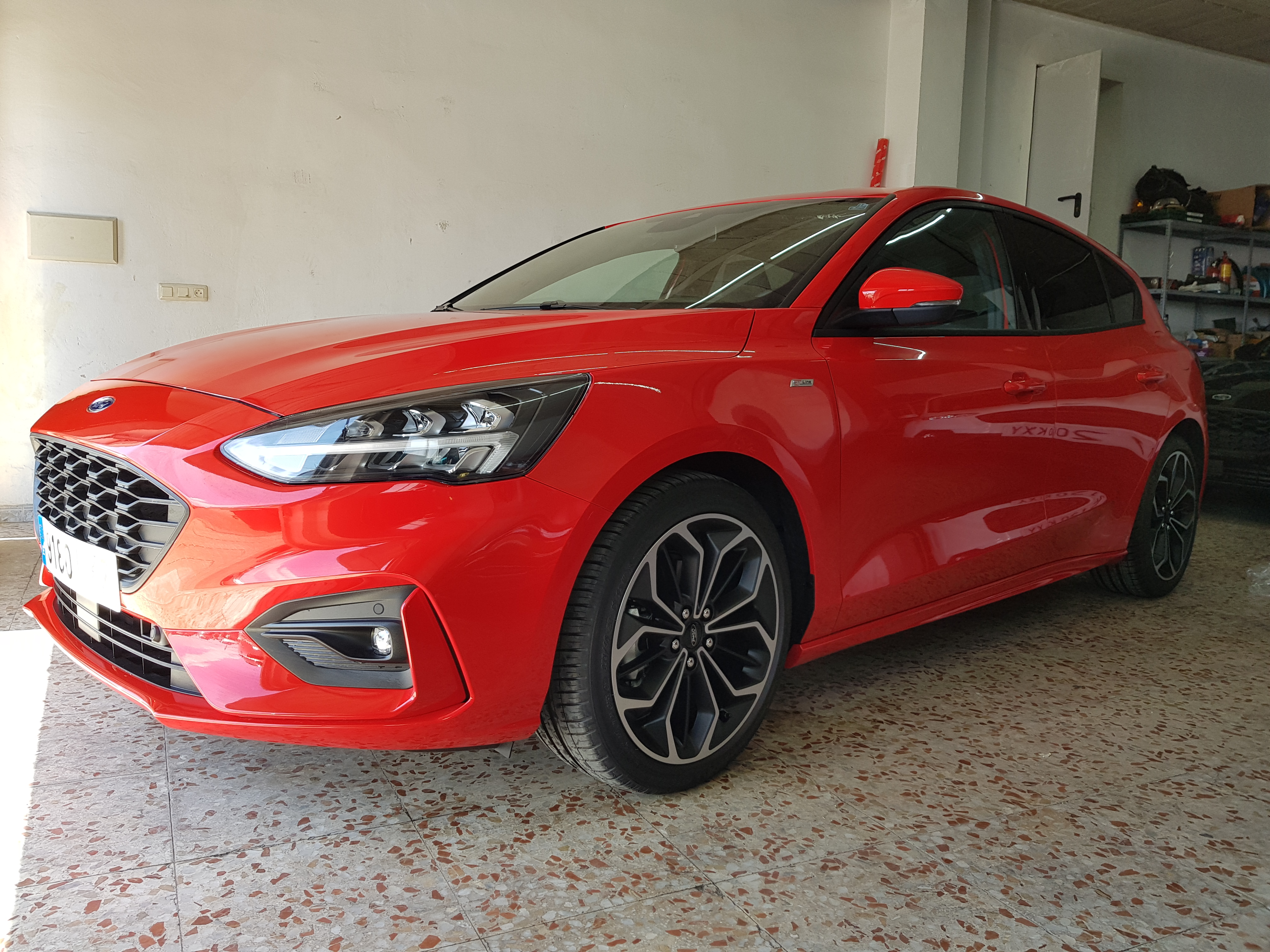 NOTE: I only have one decent image at the moment, I will upload more at a later date as the car is dirty now.

Out with the diesel, this time I opted for the 1.0 Ecoboost ST-Line with a number of options including the LED headlights, chonky wheels, head-up display, wireless charger, backup camera and some other stuff.

The day I picked it up I had to make a 650km trip to Barcelona to pick up my brother and come back the following day and the first impressions are exceptional. The car grips like nothing else thanks to the wide Michelin Pilot Sport tyres and firmer suspension. That does have a massive trade-off, especially considering this has torsion beam rear suspension, meaning that the ride on poor surfaces is very rough. Thankfully Spanish roads are mostly perfectly smooth. Fuel consumption sits around 6 to 6.5 l/100km at the moment, which is fine considering the engine hasn’t been run in completely yet. The engine is fantastic, although I do miss the low-down oomph of the diesel this is far smoother (even though it is only three cylinders), sounds surprisingly nice and performs nicely.

So yeah, here is the car. I will upload some more pictures once I’ve cleaned it and dealt with a nice scratch that it already has.

Interesting that you say the I3 is smooth as iirc those do not have balance shafts. Nice to know that the flywheel/clutch combo does a decent job even when running on 2 cylinders(it should have cylinder deactivation).

It’s smooth in comparison to the diesel, I know for a fact that it would be smoother with another cylinder. The 1.0 doesn’t have cyclinder deactivation, only the 1.5 does.

But the ST line does not come with multilink rear suspension?

The Focus comes with torsion beam rear suspension regardless of trim on the 1.0 Ecoboost petrol and 1.5 Ecoblue diesel engines, unless it is the estate then it comes with multilink rear suspension regardless of engine choice. That means the 1.5 Ecoboost petrol and 2.0 Ecoblue diesels come with multilink rear suspension. From what I’ve heard, it doesn’t necessarily make the car much better in terms of grip and handling, but makes a big difference to ride comfort and stability (although this is more than stable enough).

Grats on a Mk4, I am not a fan of the Mk4s, and I plan to keep my Mk3 ST as long as I can, I hope ford returns to selling cars in the US again when I put enough miles on the Mk3 to even consider it’s retirement.

It is however, a very nice red.

It is a very nice red indeed, probably the best thing about the outside actually. Not saying I dislike the design, I very much like it and that is all down to personal taste. That being said, there is no doubt that this is a much, much nicer car to drive and live with and build quality is miles better.

I love the new design language and the colour btw.

Certainly, although I wouldn’t define 150 bhp as “slow” as such (or in my case 125 bhp). Although definitely not a hot hatch

I love the new design language and the colour bt 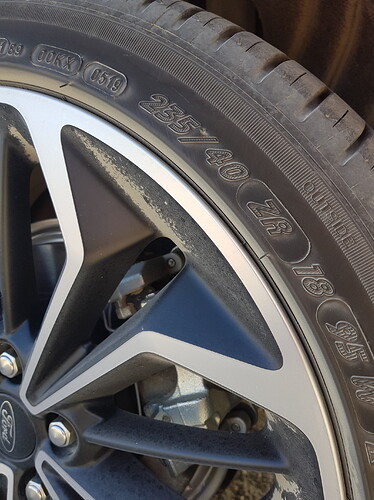 I can only imagine how much more expensive those will be when you’ll eventually have to change them. I guess that’s a fair price to pay, considering that those tires might probably give the car the ability to pull an extra .1 of a g through corners.

Yeah that’s the main downside. Instead of 50 euros per tyre (old Focus) it will be 130 euros per tyre. That being said, I might try something else when it comes to replacing them, but given how well this flies around the corners with these and the amount of people I’ve scared the living shit out of almost warrants the premium.

That’s actually the same for the Mk3 ST, which also came with 235/40/18, but in the US, with Goodyear F1 Assymetrical 3 tires, with a healthy treadwear rating of only 280, grip for days…

Damn, so both the Mk3 ST and the ST line must be really close in terms of mechanical grip. I’ve always fancied the idea of a low hp car with wide, grippy shoes. That’s just plain unusual nowadays in a world of cars equipped with noisy and slidy eco tires (which, to be honest, is the most sensible choice for 99% of the people who buy these kind of cars).

So about those pictures I promised…

But that’s not a problem now. That’s because after a torrential downpour or two and an attempt to get up the track to my parent’s house a something something happened. 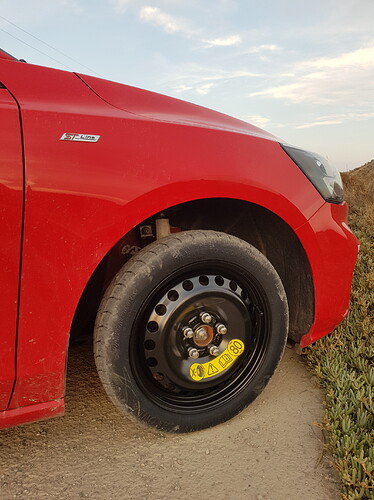 Nope. When I bought the car the full-size spare option was not available. Don’t know if that is the case now. At least this come with a space saver at no cost unlike many cars nowadays.