Here is the all new Calvinator Super Wagon. This new Minivan is designed for the offroad adventure. It can go 265 mph and has almost 2000 BHP. 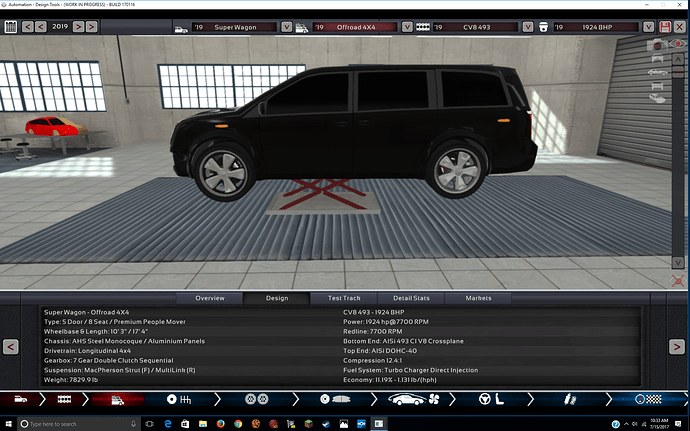 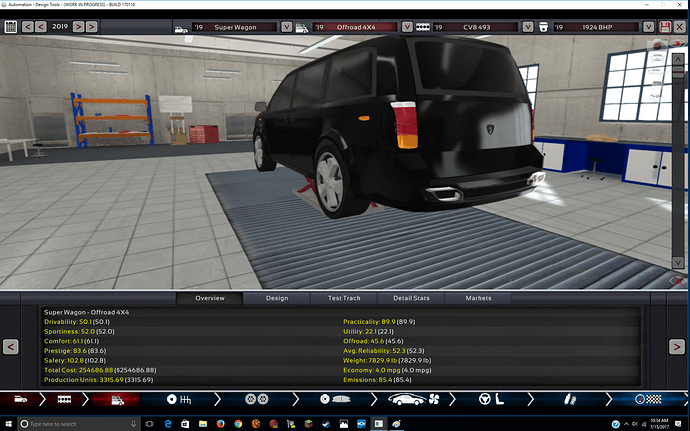 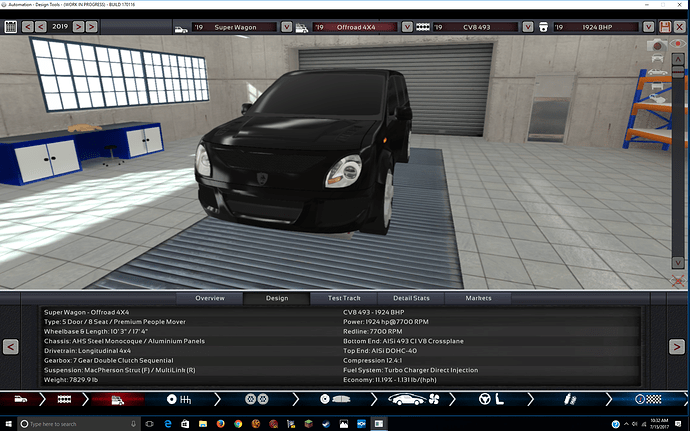 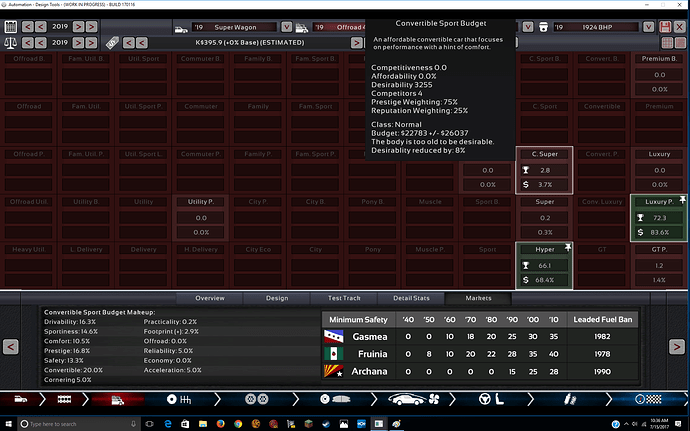 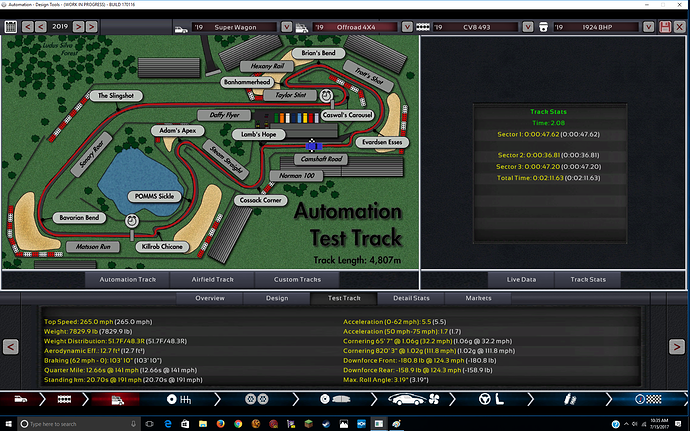 These vehicles were designed to compete with the Chrysler Pacifica Hellcat.

here is the Standard Trim. A little slower for some reason, but much better acceleration.
CNCharger - Super Wagon.zip (40.0 KB)
It might also have the Offroad with that package.

oh christ what is that

but why the fuck even

As I said, to compete with Chrysler’s Pacifica SRT Hellcat (which is also a minivan, but goes 180 mph).

A truly beautiful machine, an engineering marvel even. Praise be CNC.

GIVE US MOAR TO MARVEL AT

on its way now

###Review: Calvinator Superwagon Offorad 4x4
“We need not stick to any rules or guidelines for making cars when we are already the masters of our craft!”

After a brief but unexpected hiatus from the automotive world, Calvinator recently announced their 2019MY releases, including a new version of the infamous Super Wagon. And, being such a good company as they are, they’ve offered me a test drive of what I believe is an almost-complete version of what we can expected in 2019.

Calvinator aren’t known for their restraint, and this 1924 hp thing is no exception. Yet, despite such power, not a single bit of aero work or anything to keep you stable at its quoted 265 mph top speed can be found about its ungainly body. Reassuring.

Still, speaking of that body work, I would like to inquire about who styled the Super Wagon. It sort of looks to be in a constant state of shock. Shocked at what however, I can’t tell. Maybe shocked that it’s still alive and no one’s put this poor thing out of its misery yet.

Inside, 8 leather clad seats await with a wealth of high end kit can be found. It’s like the whole of Best Buy has been shoved in here, and with that many seats, you and your entire extended family will all be able to enjoy it in stunning comfort!

Sadly if you are a family man, the 5 mpg average economy rating will not be to your liking, nor will the near $400k price tag. I’m guessing the target demographic for this car is its creators or something.

On the road we go then, and the first thing I notice is how anemic this engine is. It’s too frivolous for road use, and you shouldn’t go anywhere near the 6000rpm mark for fear of being hit in the face with about a ton of torque. The tuning is dreadful, and even if it is race car-esque, it’d be rubbish there too due to the awfully low limiter on this thing. 7500 rpm and you’re out of go. Rubbish!

Now here’s a conundrum for you readers. How do you explain a trim called the “Offroad 4x4” that doesn’t have any proper 4x4 features on it such as differential locking or low range gears? I don’t know either, but I can tell you that you’ll want to shove your head through the dashboard after five minutes of having to deal with the gearing on this car. Ram the throttle, hit the redline, 1st to second, and we’re down to 2500 rpm. Repeat, dealing with that stupidly aggressive turbo kick again, 2nd to 3rd, redline to 3500 rpm. It’s dreadful. And then, because its 4x4 and not AWD, it delivers its power with the same level of control as trying to run on ice whilst wearing bowling shoes.

And what’s the result of all this? This so-called “Super” wagon is slower from 0-60 than a Maesima Prova ST-R Hatch. Indeed, just about any of the current crop of mid-range hot hatches will out run this thing. Not much of a name then.

Where is all that power going then? It has nigh on 2000 hp! Maybe it’s going straight to the designers head and making them high on idiocy.

Still, what about the handling?

Don’t ask. I’ve had more fun dealing with a bin juice leakage in my kitchen compared to the excitement levels of taking this down a British b-road. It’s flat, unresponsive and without feel. The suspension cannot deal with the 3.5 ton curb weight and so instead decides to shove you into the nearest hedge rather than take you round a bend. Hovercrafts can turn better than this barge. Yet again, this car seems to be wanting to end its existence.

It’s not a car though, is it. It’s a joke. A funny pun. I honestly thought Calvinator might have come back just for a laugh whilst I was driving it, which is why I gave up trying to review it after 20 minutes and returned it to the dealer. None of this car has been refined or worked upon at all. If they were trying to set a record for the fastest minivan in the world, all they’ve proven is that they’re more incompetent than the people who thought Robbie William’s “Rudebox” was the right direction to take his career.

On the other hand, it’d be a shame if Calvinator decided to stop trying to make idiotic cars such as this again. It’s always funny to see what they’ve come up with, and never fails to provide some entertainment to the Splendid Auto Monthly office for an afternoon or two, especially against the slew of normal cars. Though what a “normal” car is to the team at Calvinator is another topic entirely.

So, Calvinator, top effort on the 2019 Super Wagon. It’s the most horrendous thing I’ve ever driven, but at least you were stupid enough to try making something like it.

That was so funny. Thanks for the review. You should try the S trim. It has a bit different gearing.

Maybe I will. Gavin is a busy man, I’ll see what he can do.

Thanks Dues. The new look is because the original Super Wagon looked kinda dull. Kinda like someone who needed some adrenaline.

Hey CNC, heres competition. Its a 1978 offroad truck that has 380hp, and still goes round faster than your “Super” Wagon 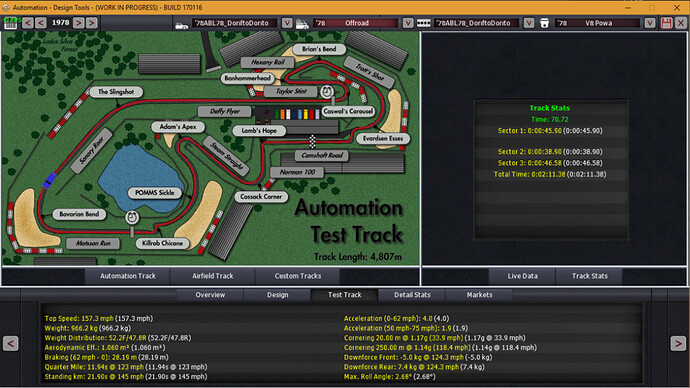 The key engine version of the game makes cars faster without rear downforce. 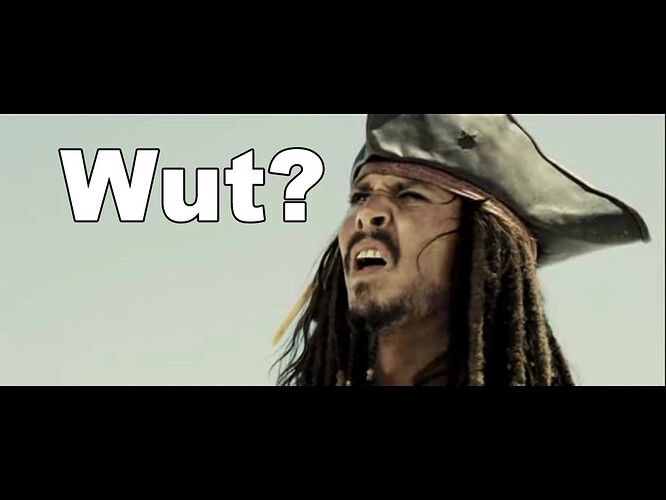 I am confused too. It’s probably my computer.

Actually, as much as the Kee engine version of the game can be unstable for different users, it’s probably not that. Your cars probably tolerate having heaps of lift because they weigh as much as a minibus, but that’s not to say that if you actually tried driving them in real life, they’d realistically reach that speed without almost certainly careening off the runway. The game just lets you think that because the car is being driven by a simulation which assumes perfectly level ground with no wind and a driver that can keep the car in a perfectly straight line, but there’s no such thing as that in real life.

Try putting that much power in a much lighter car, you’ll find that the test starts having to be aborted or the top speed is surprisingly lower, because the wheels start losing contact with the ground. That’s when downforce actually lets your car go faster.