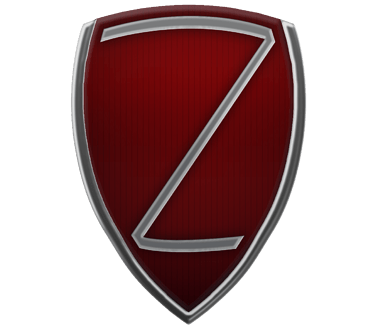 Zavir Automobili is an italian-american premium car company currently being a part of Zavir Group. Zavir cars are well-known for their quality, performance, comfort and unique style. Company's history dates back to 1919 (as Zavir Motori then) with first cars in 1942.

Yes. Two photographs of the same car in the same perspective, but in different colours.

Yeah, it’s cool. I plan second company (to show it chronologically, quite spinoff). Thanks for tips

I?m happy with word drescriptions. Maybe you can just post the Design tab

i personallly like seeing the actual stats of the car for comparisons sake.

##Futuresight
Different series of posts, in which I’ll be showing just a snap of future cars - just one trim, with no backstory and almost no stats. Something for you to wonder

And more seriously, I start it because after recent loss of Zavir cars and engines I’m slightly averse to “current” (40s/50s) Zavir cars, but still want to publish sth here without breaking the chronology completely. Aaand I had to create this car to check how that engine would perform in its intended application.

So, this time in Futuresight: 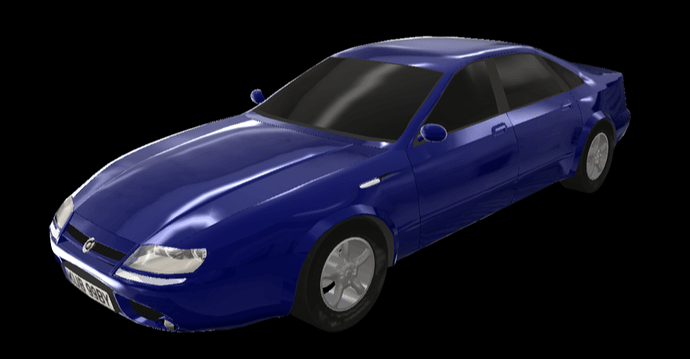 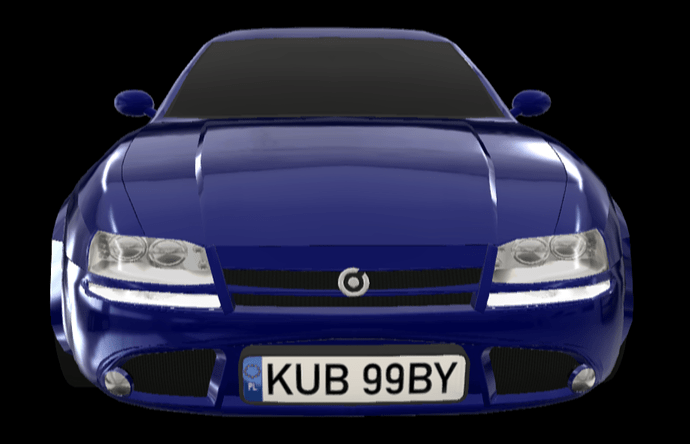 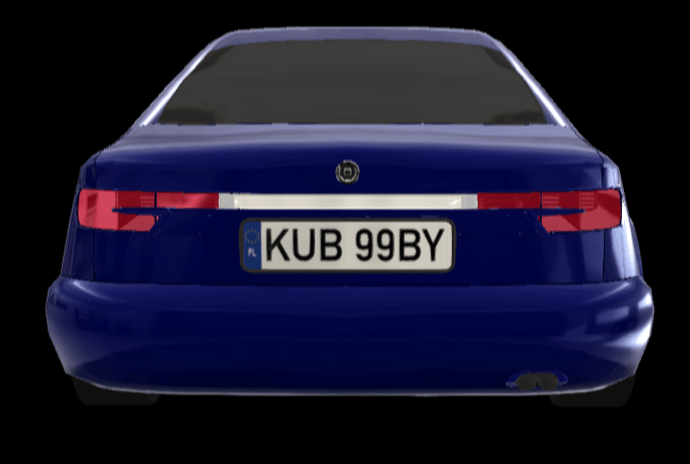 It’s the fourth generation of Zavir top limousine, the first Zavir car that used turbo for economy and the last that used the long-lived S42E engine. This 5-seat, 5.2-metre limousine is powered exactly by S42E-6MZA - that’s 3.6-litre turbocharged V6 with Cambiovalvole (thus the designation 3.6 tcv - Turbo CambioValvole), which allows it to go 250km/h (electronically limited, but not by much) and get to 100km/h in about 9s. All of this while consuming ~10l/100km, which is not bad for a 2-tonne car.

The engine itself is in Zavir Motori thread, so you can download it and play with it.

PS I wonder if someone here knows (without googling!) from what other game the term “Futuresight” is

The latest and most advanced generation of Zavir’s “finest compact in the world”. 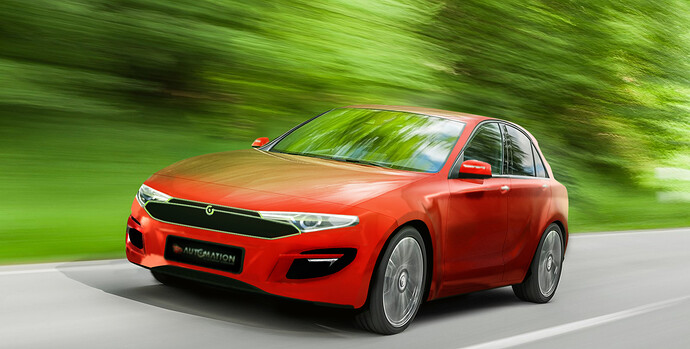 The new Luna is an exceptionally innovative car - the first Zavir compact to be made fully of aluminium, the first Zavir to have laser headlights as standard equipment and the first Zavir to be offered solely with our Seletronica™ III double-clutch transmission. Also the reActive™ suspension is highly modernised compared to the previous Luna, while still being active double wishbone / multilink setup. As its predecessors the new Luna is offered with RWD or 4Forza™ AWD in four different bodies, three trim levels and with various I4 and V6 engines.

The sixth generation Luna is available as usual in 5 door CC, 4 door Berlina and 3 door Coupe body styles, but in this generation the soft-top Spider makes a comeback into the lineup. The CC and the Berlina both offer 5 seat, while the Coupe and the Spider are equipped with 4 individual seats, lightened exterior plastic trim and frameless doors. The CC and the Coupe are both available for the base price of 25 600 €*, the Berlina requires 500 € extra* and for the Spider that’s 1 000 € extra*. 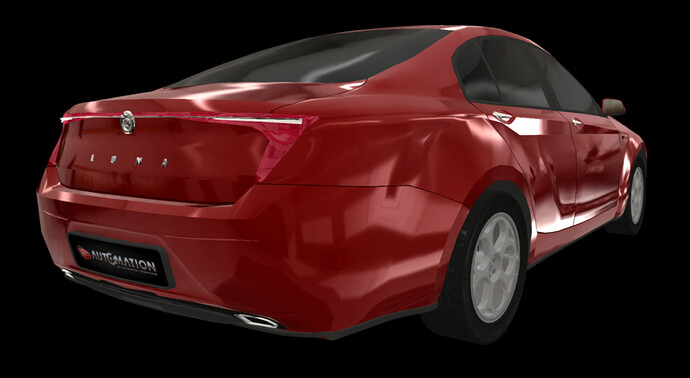 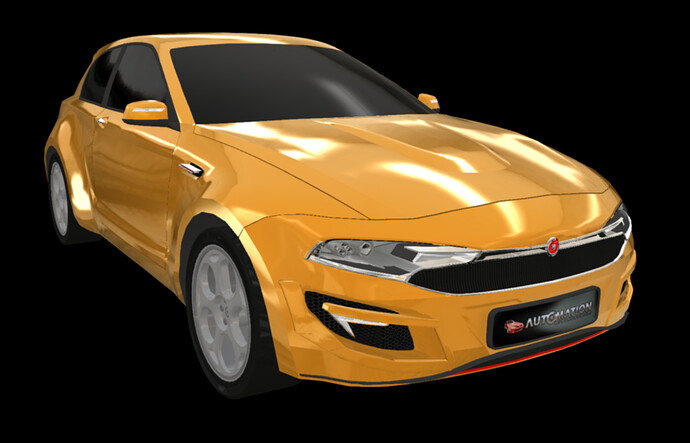 1 - electronically limited // 2 - price including 2Forza™ differential, standard with the 2.7 engine // 3 - engines available only in their respective trims, see below for pricing

Take a seat in the new Luna. Enjoy the high quality materials, see the refined design hiding the latest technologies - let them support you in your journey. Feel safe with 10 airbags surrounding you and your passengers, drive surely with the car assisting you with radar cruise control, active lane assist, obstacle detection and automatic emergency braking. Engage or relax with various modes of driving tailoring the behaviour of the drivetrain, steering and reActive™ suspension.
Feel the luxury of the new Luna. 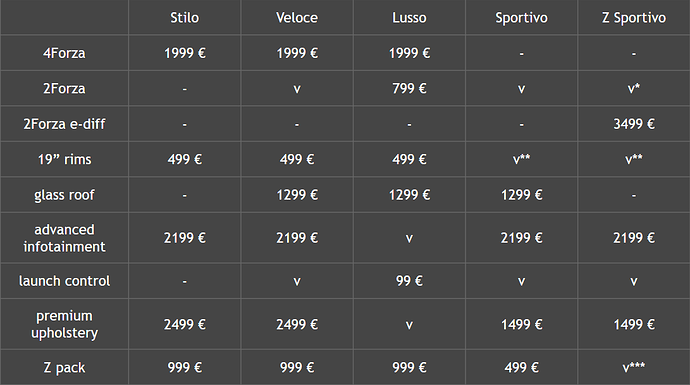 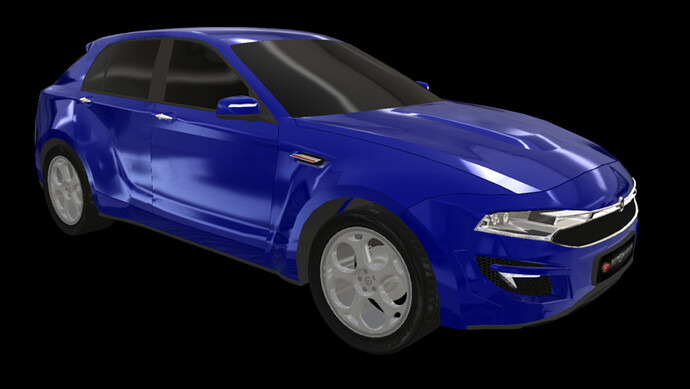 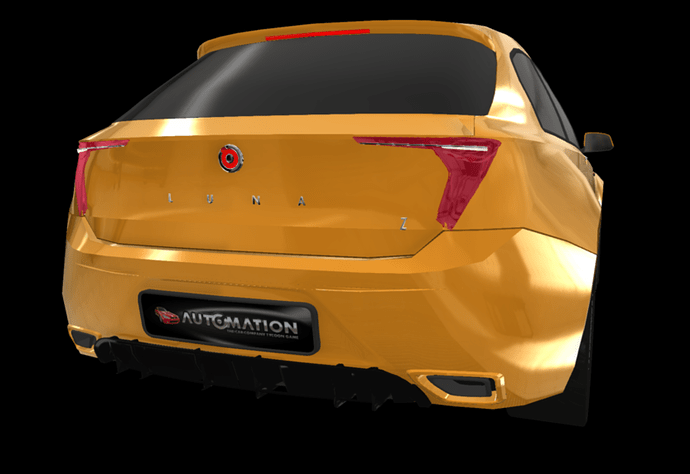 Z Sportivo - pure-bred sports car in the form of a compact. Available only in Coupe body style with a 3.0 ics™ V6 engine and drivetrain resembling that of the Sportivo, yet with a dedicated, blazing fast variation of the Seletronica™ gearbox and a geared LSD with an optional electronic one for maximum control and immense acceleration. Yet the modifications go further, with a downforce generating undertray ending with an advanced, race car derived rear diffuser. Additionally the car features a special, lightweight interior which helps keeping the weight as low as the Sportivo variant. 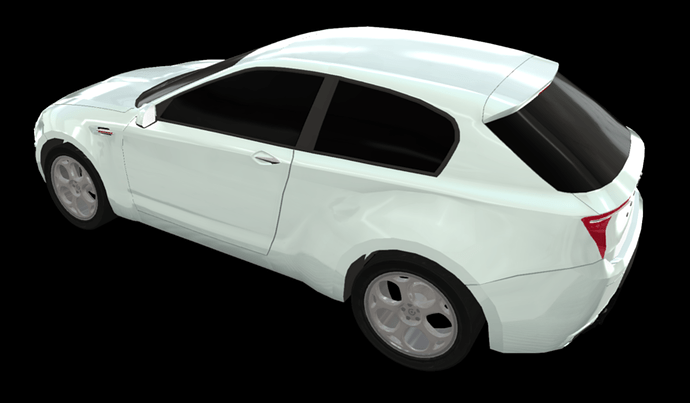 Touring 2000 - race car developed for under 2000 cc classes, based on the road going Z Sportivo variant. It undergone a strict weight reduction with not only a stripped interior but even a simplified and lightened 6 speed gearbox. This made it the lightest Luna by a big margin, weighing just 1100 kg. It uses a heavily modified naturally aspirated I4 of 1960 cc capacity. It raced in ATCC for Zavir’s factory team Z Motorsport with Andre Vaillncourt as the driver, where it got the 6th place. 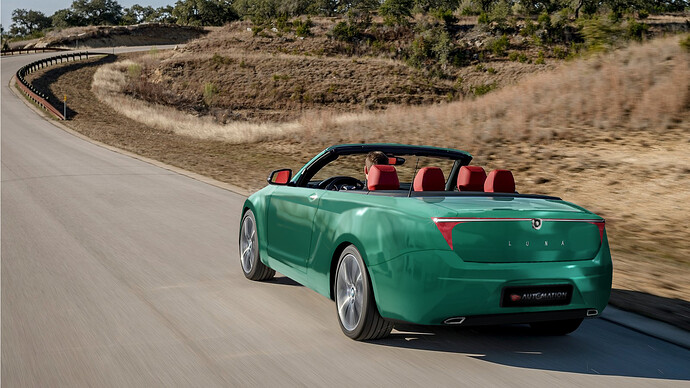 Thanks to @titleguy1 for both awesome photoshops.

Saminda took around 2 years to develop the C2000R , hopefully it will not disappoint us

Well there’s no denying that that is a fantastic looking car.

Holy shit is it pretty. Your design work is seriously underappreciated.

That is pretty sick , please send me a Luna Belina Lusso for comparision

Loving your work! (When do you ever make bad stuff anyway?) I’m almost tempted to build a hot hatch myself but… I need to restrain myself or else I’ll be failing school

#Zavir explained
…meaning some descriptions, explanations and some lore stuff not belonging into the history part

This post will be gradually updated as the Zavir brand and its lore develop. It’s sort of FAQ, although nobody asked me them

###What is Zavir about?
Zavir’s focus and actual activities varied throughout history, but it was always about quality, style, innovation, performance and comfort. These 5 things define what every Zavir car is - at least that is the target. The effects are… varied, to say the least

Often intentionally, as in case of the “WTF generation”.

Zavir is not about stat maxing, record breaking or offering the best price. It’s about creating a somewhat believable story, slightly altered by a bit of normal Automation craziness. Cars ranging from completely realistic to just an inch or two over the top.

###What Zavir produces, generally speaking?
Generally speaking, nearly everything you can pour fuel in. Premium cars under the Zavir brand are just a part of it - there are also engines available for other manufacturers (a lot of them even unavailable in Zavir cars - diesels for example), utility and offroad cars under the joint-venture Zeta brand, jet engines, marine engines, motorcycles, tanks, locomotives…

###What all these names you use mean?
There a lot of names that I use for various body styles, trims technnologies and so on. Some of them don’t change and are used in Zavir since, more or less, ever:

There are also some names introduced later, or used just for some time:

###Things typical for Zavir
Zavir, despite its love for new technology, in some areas is a rather conservative brand. For example - in every single Zavir since about 1950 you’ll find a grille with a horizontal bar - sometimes just decorating it, sometimes fully splitting, but it’s always there. In older cars front indicators are often on the inside end of the headlights.

Typical Zavir car has a V6 engine, while typical high-end Zavir has a V12 engine - there are of course I4s and V8s available, but they are not as important and omnipresent in the lineup as V6s and V12s. V12s are available in Zavirs constantly since 1949, with two different families being usually available in the same time, and two lines of V6 families are available since the early 60s, supplanting an I6 and a V8. Typical Zavir car’s engine is relatively high revving and naturally aspirated (although, of course, there are exceptions) and is gasoline powered, despite a lot of diesels being available in Zavir Motori lineup.

Also the vast majority of Zavirs are RWD, with the only FWD model being the smallest Cittadino. Zavir cars are often made of lightweight materials - good example being the latest Squalo, made of aluminium and carbon fiber despite not being a sports car, but rather a big limousine.

###Zavir in the Unreal version
The brand will be normally continued with a revision of some things going on by the way - for example some lore or lineup details, engines, exact car designs and so on, but the overall character, naming, style, history will stay.

#Futuresight
Yup, Futuresight is back! This time inspired by @DeusExMackia’s Erin Scarlet, with a car that I thought would be good competition for it 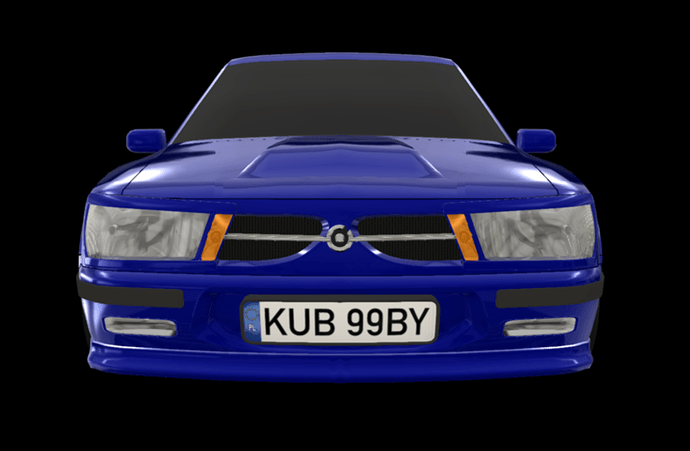 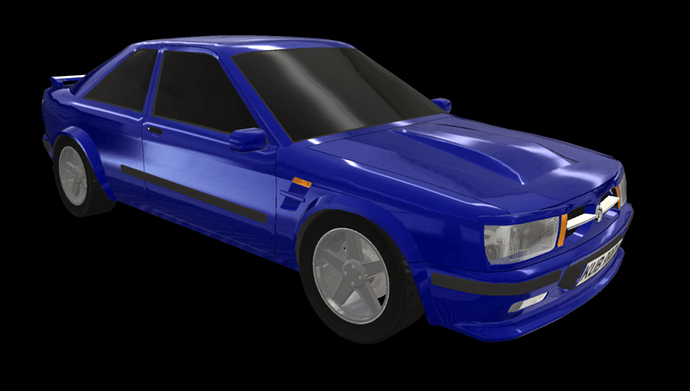 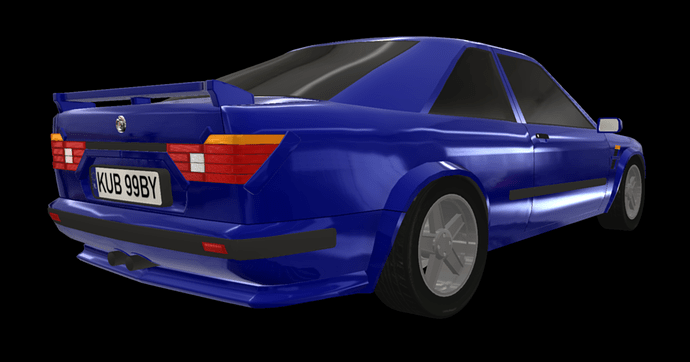 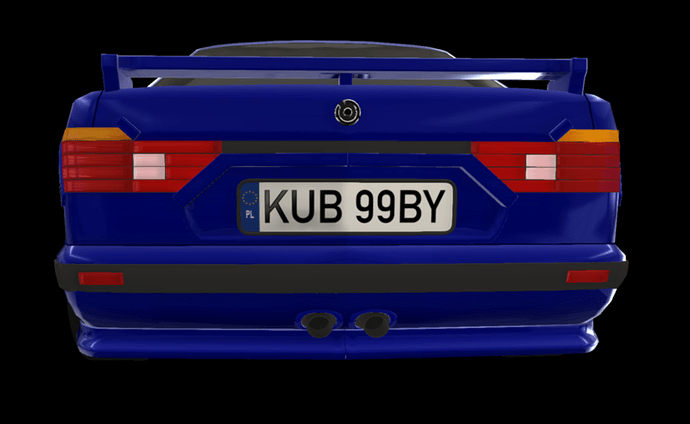 It’s the sixth generation of Zavir sports cars, being one of the longest and most important model lines for the company. As usual, it’s heavily based on the mid-class offering, the Supernova II. The car you see here is in the top of the line performance trim, the Sportivo. This means aerodynamic additions, 17" rims with sports tyres, better brakes, sportier, yet still comfortable air suspension and, obviously, the highlight of this whole piece of engineering art - a 3.6 litre, naturally aspirated V6 (good old S42E family) providing its 333hp to the rear wheels through a 5 speed manual. Effect?

I take the Sportivo is quite a bit heavier than the Scarlet? Especially with that air suspension, unsual choice but it would make it very comfortable indeed. There’s a real 190E vibe here too, and I approve

It weighs somewhere around 1350 kg, but it has a premium interior, a radio and an advanced safety equipment.

That would be it, much more equipment than the Scarlet then

#Links to the cars:
(those with numerical designations have only their first variant mentioned here)

###Disclaimer
After Unreal update some dates might move a year forward or backward, and there might be one or two new models after 2000 - but all might just stay as it is as well